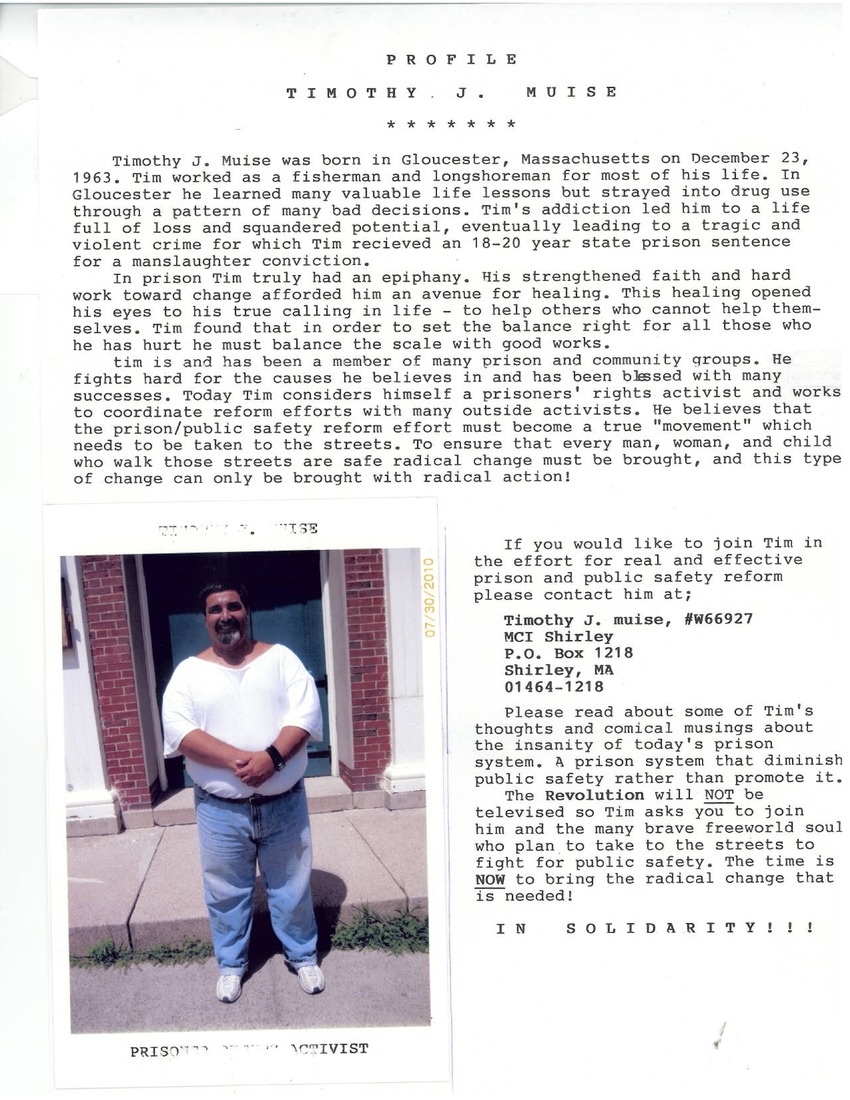 PROFILE
TIMOTHY J. MUISE
******
Timothy J. Muise was born in Gloucester, Massachusetts on December 23, 1963. Tim worked as a fisherman and longshoreman for most of his life. In Gloucester he learned many valuable life lessons but strayed into drug use through a pattern of many bad decisions. Tim's addiction led him to a life full of loss and squandered potential, eventually leading to a tragic and violent crime for which Tim received an 18-20 year state prison sentence for a manslaughter conviction.

In prison Tim truly had an epiphany. His strengthened faith and hard work toward change afforded him an avenue for healing. This healing opened his eyes to his true calling in life - to help other who cannot help themselves. Tim found that in order to set the balance right for all those who he has hurt he must balance the scale with good works.

Tim is and has been a member of many prison and community groups. He fights hard for the causes he believes in and has been blessed with many successes. Today Tim considers himself a prisoners' rights activist and works to coordinate reform efforts with many outside activists. He believes that the prison/public safety reform effort must become a true "movement" which needs to be taken to the streets. To ensure that every man, woman, and child who walk those streets are safe, radical change must be brought, and this type of change can only be brought with radical action!

Please read about some of Tim's thoughts and comical musings about the insanity of today's prison system. A prison system that diminish public safety rather than promote it.

The Revolution will NOT be televised so Tim asks you to join him and the many brave souls who plan to take to the streets to fight for public safety. The time is NOW to bring that radical change that is needed.