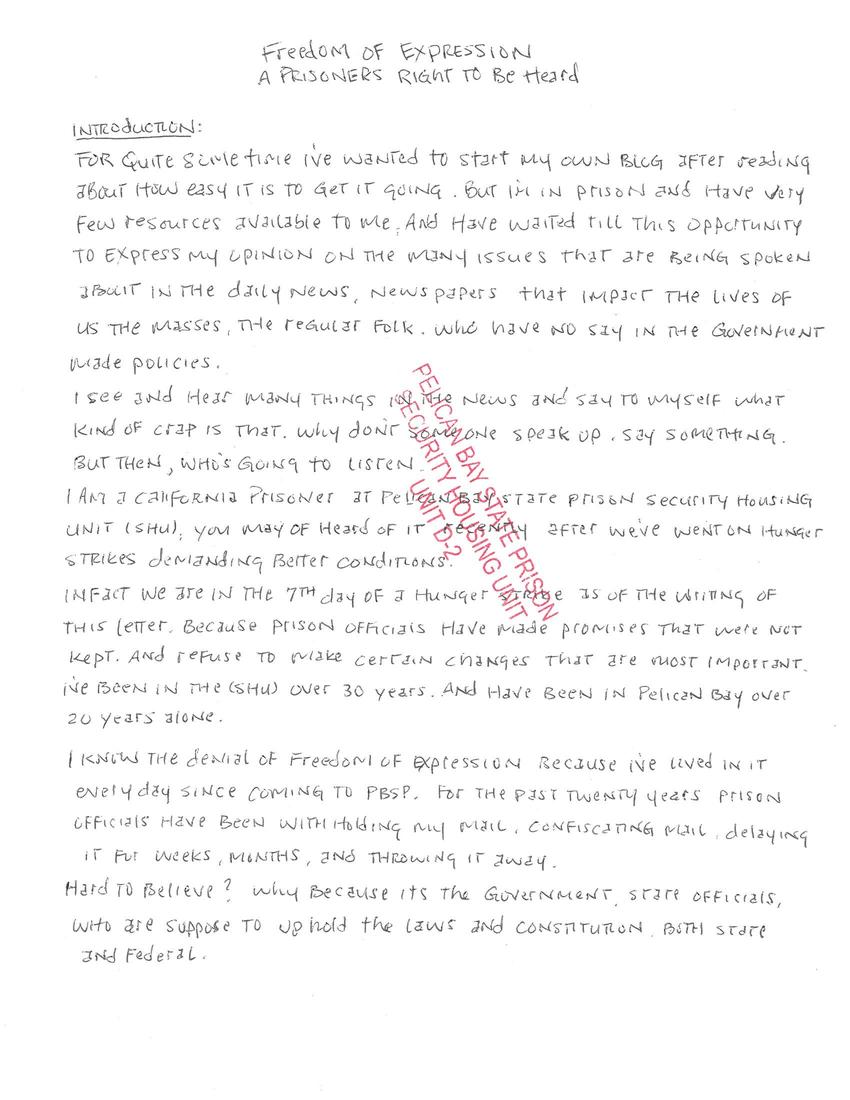 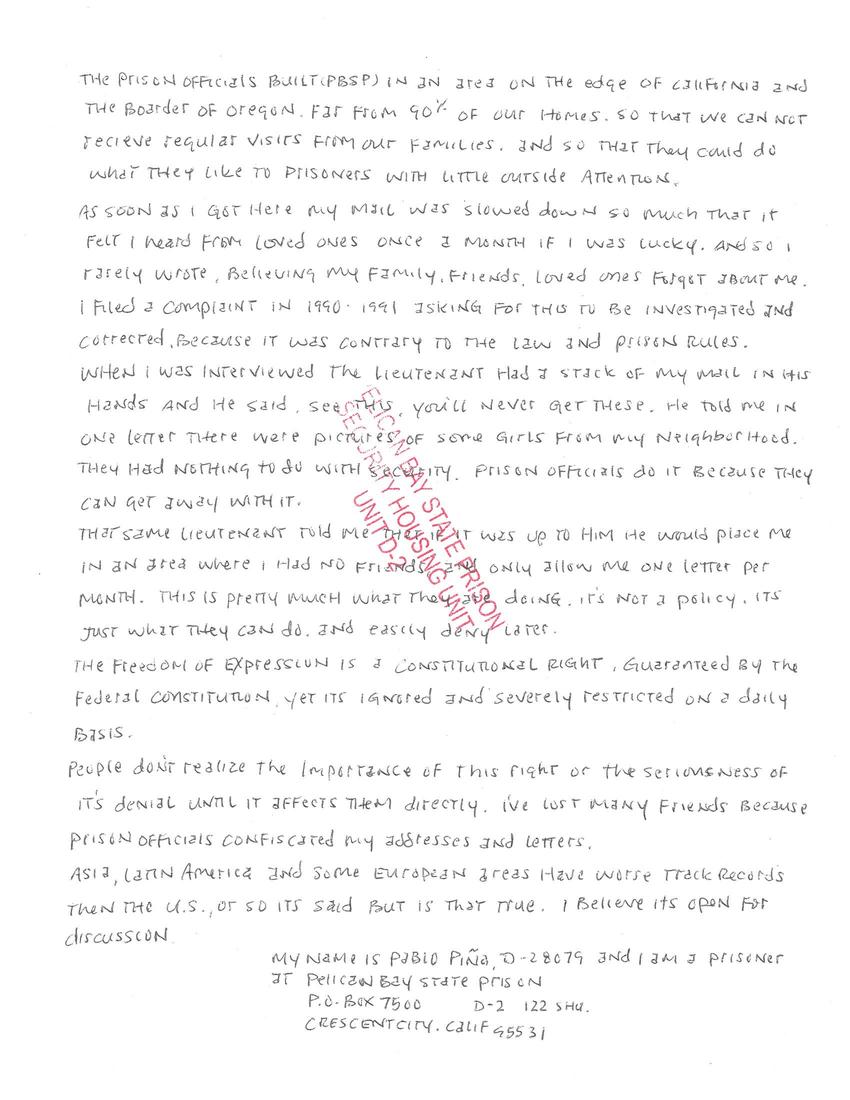 Freedom of Expression
A Prisoner's Right To Be Heard

Introduction:
For quite some time, I've wanted to start my own blog after reading about how easy it is to get it going. But I'm in prison and have very few resources available to me and have waited till this opportunity to express my opinion on the many issues that are being spoken about in the daily news. Newspapers that impact the lives of us, the mases, the regular folk, who have no say in the government-made policies.

I see and hear many things in the news and say to myself what kind of crap is that. Why don't someone speak up. Say something, but then, who's going to listen.

I'm a California prisoner at Pelican Bay State Prison Security Housing Unit (SHU). You may have heard of it recently after we've went on hunger strikes demanding better conditions.

In fact, we are in the seventh day of a hunger strike as of writing this letter. Because prison officials have made promises that were not kept and refused to make certain changes that are most important. I've been in the SHU for over 30 years and have been in Pelican Bay over 20 years alone.

I know the denial of freedom of expression because I've lived in it every day since coming to PBSP. For the past twenty years, prison officials have been withholding my mail, confiscating mail, delaying it for weeks, months, and throwing it away. Hard to believe? Why? Because it's the government, staff officials, who are supposed to uphold the laws and constitution, both state and federal.

The prison officials built PBSP in an area in an area on the edge of California and the border of Oregon. Far from 90% of our homes, so that we cannot receive regular visits from our families. And so that they could do what they like to prisoners with little outside attention.

As soon as I get here, my mail was slowed down so much that it felt I heard from loved ones once a month if I was lucky. And so I rarely wrote, believing my family, friends, loved ones forget about me. I filed a complaint in 1990-1991 asking for this to be investigated and corrected. Because it was contrary to the law and prison rules. When I was interviewed, the lieutenant had a stack of my mail in his hands and he said, "See this? You'll never get these." He told me in one letter there were some pictures of girls from my neighborhood. They had nothing to do with security. Prison officials do it because they can get away with it.

That same lieutenant told me that if it was up to him, he would place me in an area here I had no friends and only allow me one letter per month. This is pretty much what they are doing. It's not a policy. It's just what they can do and easily deny later.

The freedom of expression is a constitutional right, guaranteed by the federal constitution, yet it's ignored and severely restricted on a daily basis.

People don't realize the importance of this right or the seriousness of its denial until it affects them directly. I've lost many friends because prison officials confiscated my addresses and letters. Asia, Latin America, and some European areas have worse track records than the U.S., or so it's said, but it's true. I believe it's open to discussion.