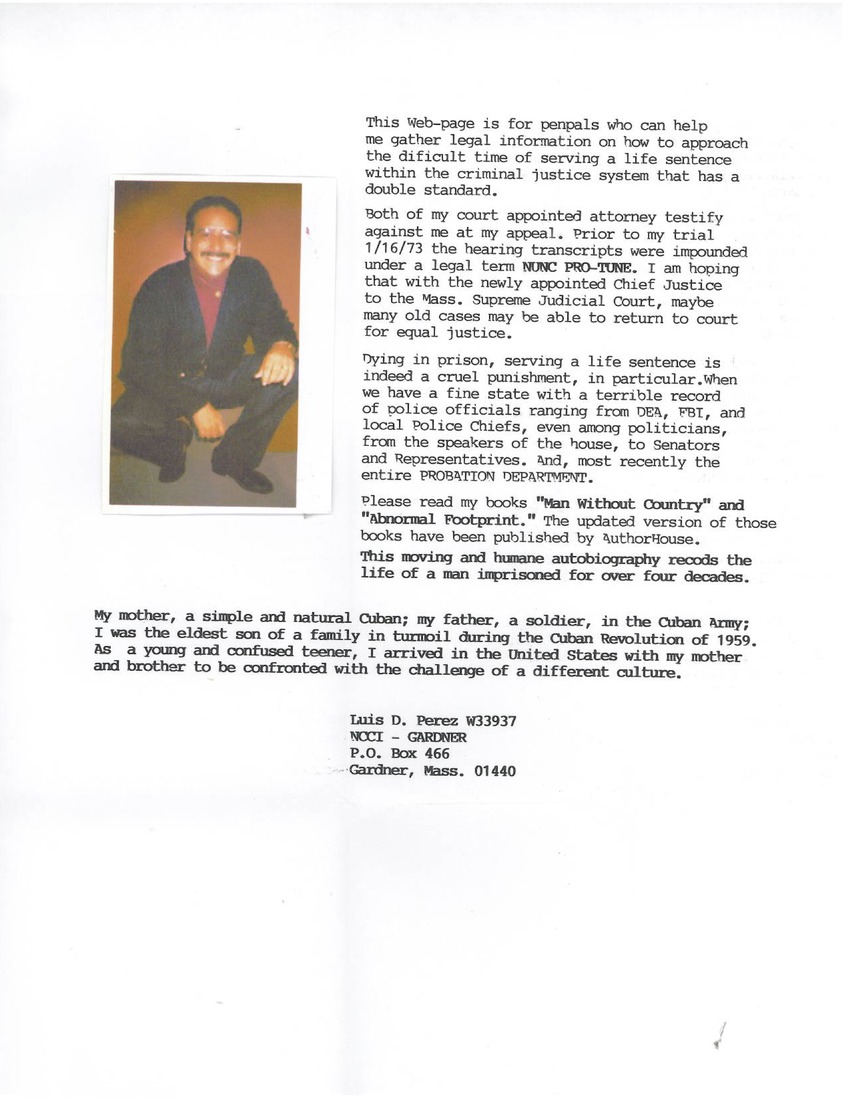 [photo of a man wearing glasses and a black suit. He is smiling and crouching before a brown wall.]

This webpage is for pen-pals who can help me gather legal information on how to approach the difficult time of serving a life sentence within the criminal justice system that has a double standard.

Both of my court appointed attorneys testified against me at my appeal. Prior to my trial (1/16/73), the hearing transcripts were impounded under a legal term: NUNC PRO-TUNE. I am hoping that with the newly appointed Chief Justice to the Massachusetts Supreme Judicial Court, maybe many old cases may be able to return to court for equal justice.

Dying in prison, serving a life sentence is indeed a capital punishment, in particular. When we have a fine state with a terrible record of police officers ranging from DEA, FBI, and local police chiefs, even among politicians, from the Speakers of the House, to senators and representatives. And most recently the entire probation department.

Please read my books, Man Without Country and Abnormal Footprint. The updated version of those books have been published by AuthorHouse. This moving and humane autobiography records the life of a man imprisoned for over four decades.

My mother, a simple and natural Cuban; my father, a soldier in the Cuban army. I was the eldest son of a family in turmoil during the Cuban Revolution of 1959. As a young and confused teenager, I arrived in the United States with my mother and brother to be confronted with the challenge of a different culture.