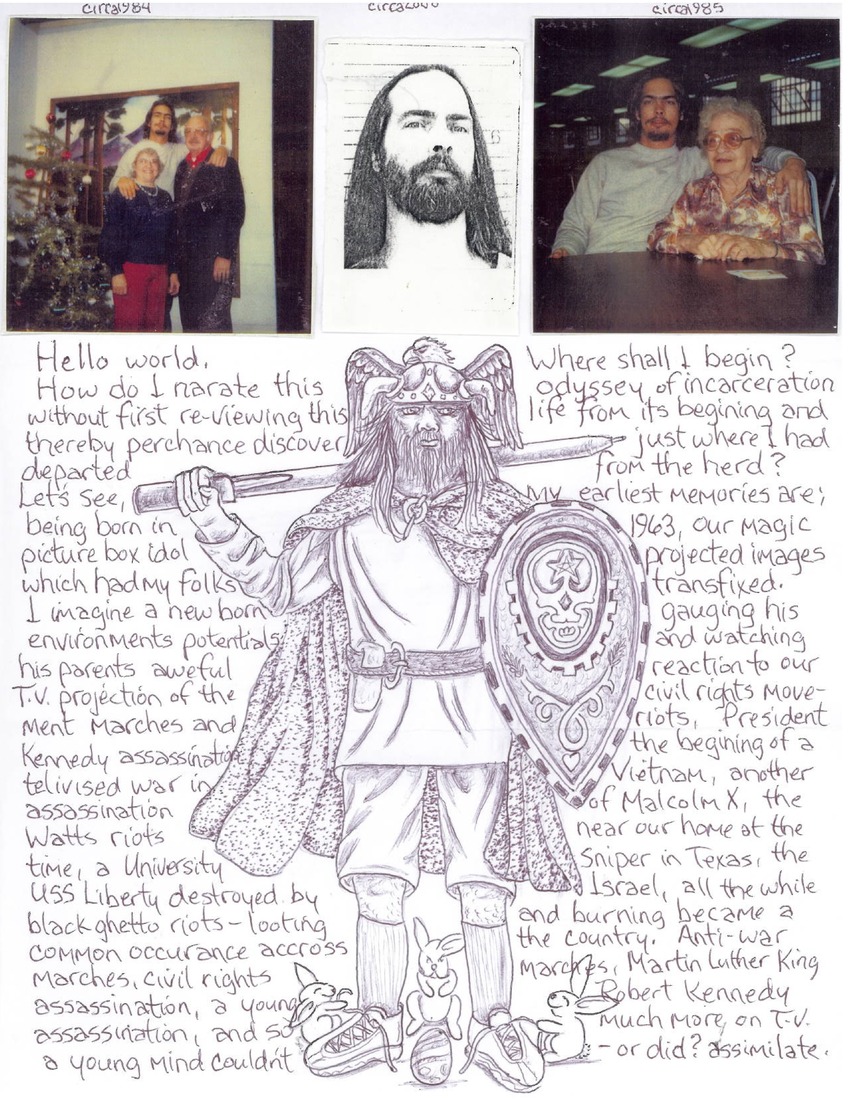 [black and white drawing of a bearded warrior resembling a stereotypical viking, standing in a fairly neutral pose. He wears a cape and a horned helmet with an eagle poised behind his head. He is armed with a shield with a star and heart emblem and a long sword-like pen. He wears boarding shorts, shin-high socks, and modern day sneakers. Three cartoon bunnies pull at his shoelaces. An easter egg lies between his legs.]

Hello, world. Where shall I begin? How do I narrate this odyssey of incarceration without first reviewing this life from its beginning and thereby perchance discover just where I had departed from the herd? Let's see, my earliest memories are being born in 1953, our magic picture box idol projected images which had my folks transfixed. I imagine a new born gauging his environments, potentials, and watching his parents' aweful reaction to our T.V. projection of the Civil Rights' Movement marches and riots, President Kennedy's assassination, the beginning of a televised war in Vietnam, another assassination of Malcolm X, the Watts Riots near our home at the time, an university sniper in Texas, the USS Liberty destroyed by Isreal, all the while black ghetto riots—looting and burning became a common occurrence across the country. Anti-war marches, civil rights marches, Martin Luther King Jr.'s assassination, a young Robert Kennedy assassination, and so much more on T.V. a young mind couldn't—or did?—assimilate.