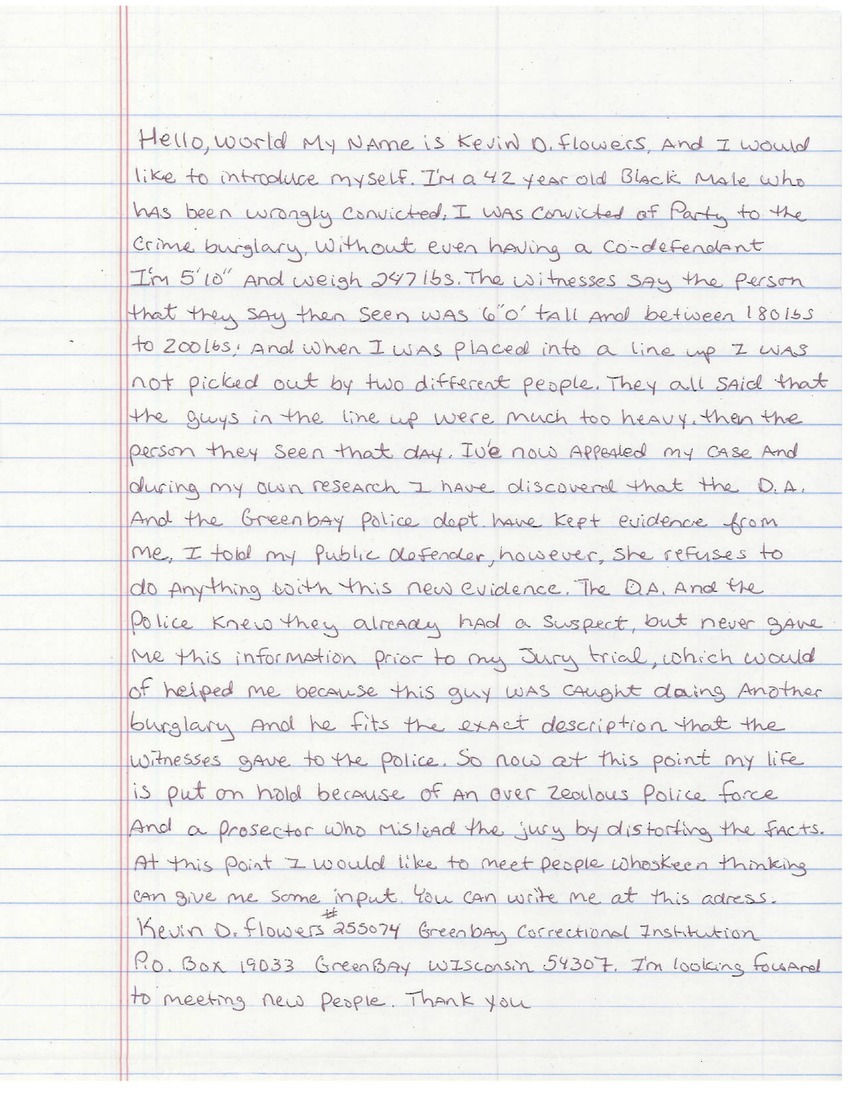 Hello, world. My name is Kevin D. Flowers, and I would like to introduce myself.

I'm a 42-year-old black male who has been wrongly convicted. I was convicted of party to the crime burglary, without even having a co-defendant. I'm 5'10" and weigh 247 lbs. The witnesses say the person they saw was 6' tall and between 180-200 lbs. When I was placed into a lineup, I was not picked out by two different people. They all said that the guys in the lineup were much too heavy than the person they saw that day.

I've now appealed my case and am doing my own research. I have discovered that the DA and Green Bay police department have kept evidence from me. I told my public defender. However, she refuses to do anything with this new evidence. The DA and the police knew they already had a suspect but they never gave me this information prior to my jury trial, which would have helped me. Because this guy was caught doing another burglary and he fits the exact description that witnesses gave to the police. So now my life is put on hold because of an overzealous police force and a prosecutor who misled the jury by distorting the facts.

At this point, I would like to meet people who have keen thinking. Can you give me some input? You can write to me at this address: