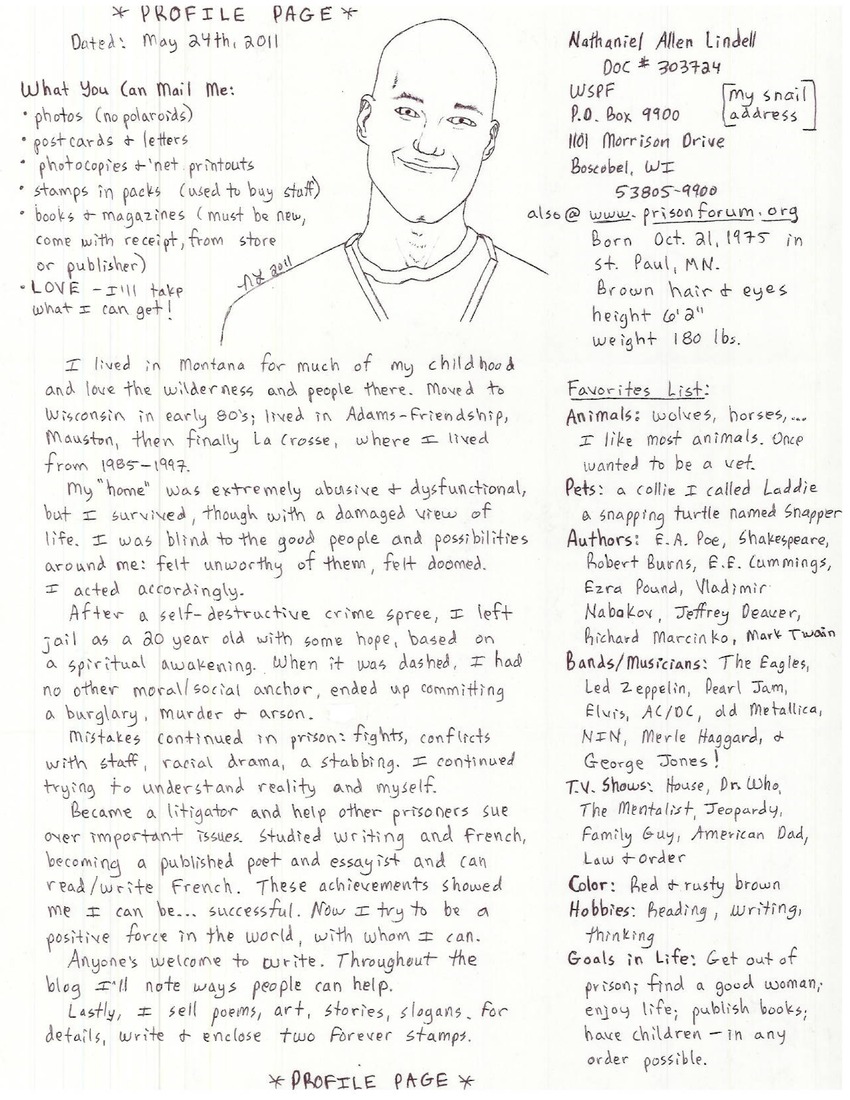 What you can mail me :
- photos (no polaroids)
- post cards & letters
-photocopies & 'net printout
- stamps in packs (used to buy stuff)
- books & magazines (must be new, come with receipt, from tore ou publisher)
-LOVE - I'll take what I can get !

I lived in Montana for much of my childhood, and love the wilderness and people there. Moved to Wisconsin in early 80's; lived in Adams-friendship, Mouston, then finally La Crosse, where I lived from 1985-1997.

My "home" was extremely abusive and dysfunctional, but I survived, though with a damaged view of life. I was blind to the good people and possibilities around me: felt unworthy of them, felt doomed. I acted accordingly.

After a self-destructive crime spree, I left jail as a 20 year old with some hope, based on a spiritual awakening. When it was dashed, I had no other moral/social anchor, ended up committing a burglary, murder and arson.

Mistakes continued in prison: fights, conflicts with staff, racial drama, a stabbing. I continued trying to understand reality and myself.

Became a litigator and help other prisoners sue over important issues. Studied writing and French, becoming a published poet and essayist and can read/write French. These achievements showed me I can be... successful. Now I try to be a positive force in the world, with whom I can.
Anyone's welcome to write. Throughout the blog I'll note ways people can help.