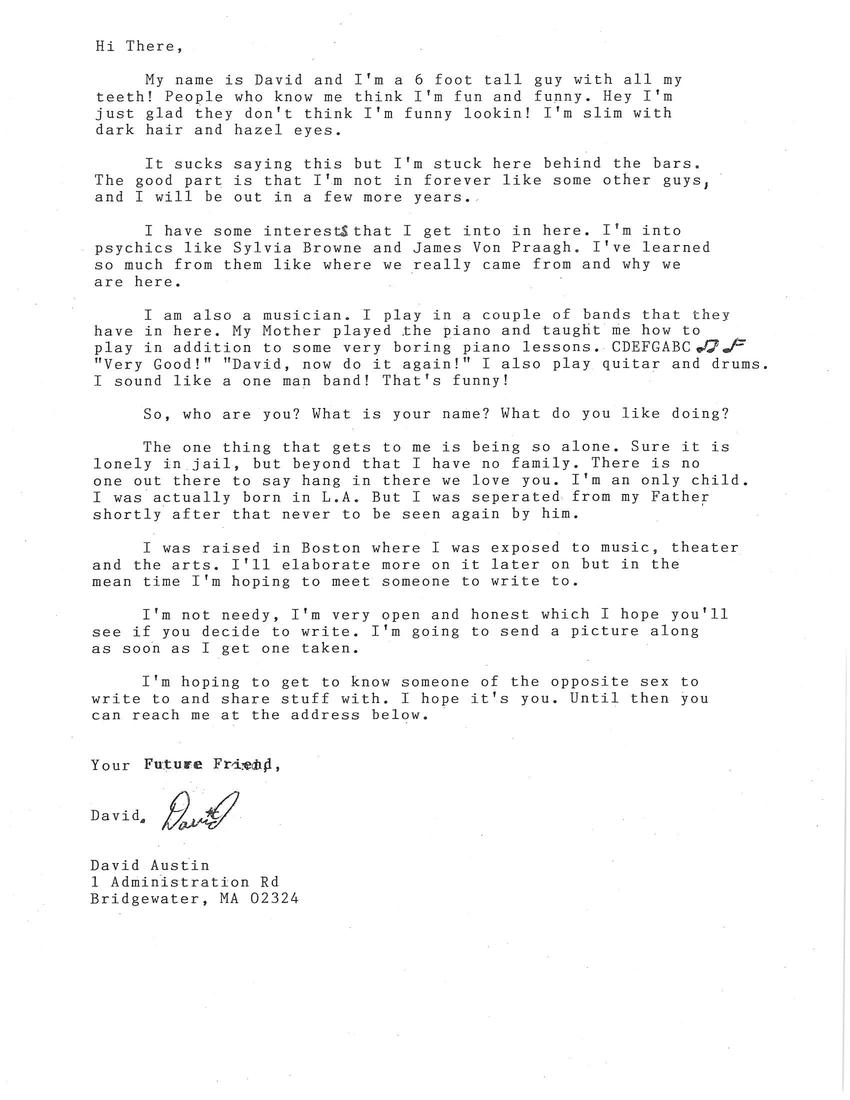 My name is David and I'm a 6 foot tall guy with all my teeth! People who know me think I'm fun and funny. Hey, I'm just glad they don't think I'm funny lookin'! I'm slim with dark hair and hazel eyes.

It sucks saying this, but I'm stuck here behind the bars. The good part is that I'm not in here forever like some other guys, and I will be out in a few more years.

I have some interests that I got into in here. I'm into psychics like Sylvia Browne and James von Praagh. I've learned so much from them, like where we really came from and why we are here.

I am also a musician. I play in a couple of bands that they have in here. My mother played the piano and taught me how to play in addition to some very boring piano lessons. CDEFGABC ♫♪ "Very good! David, now do it again!" I also play guitar and drums. I sound like a one man band! That's funny!

So, who are you? What is your name? What do you like doing?

The one thing that gets to me is being so alone. Sure, it is lonely in jail, but beyond that, I have no family. There is no one out there to say, "Hang in there, we love you." I'm an only child. I was actually born in LA, but I was separated from my father shortly after that and never saw him again.

I was raised in Boston where I was exposed to music, theater, and the arts. I'll elaborate more on it later on, but in the meantime, I'm hoping to meet someone to write to.

I'm not needy, I'm very open and honest which I hope you'll see if you decide to write. I'm going to send a picture along as soon as I get one taken.

I'm hoping to get to know someone of the opposite sex to write to and share stuff with. I hope it's you. Until then, you can reach me at the address below.