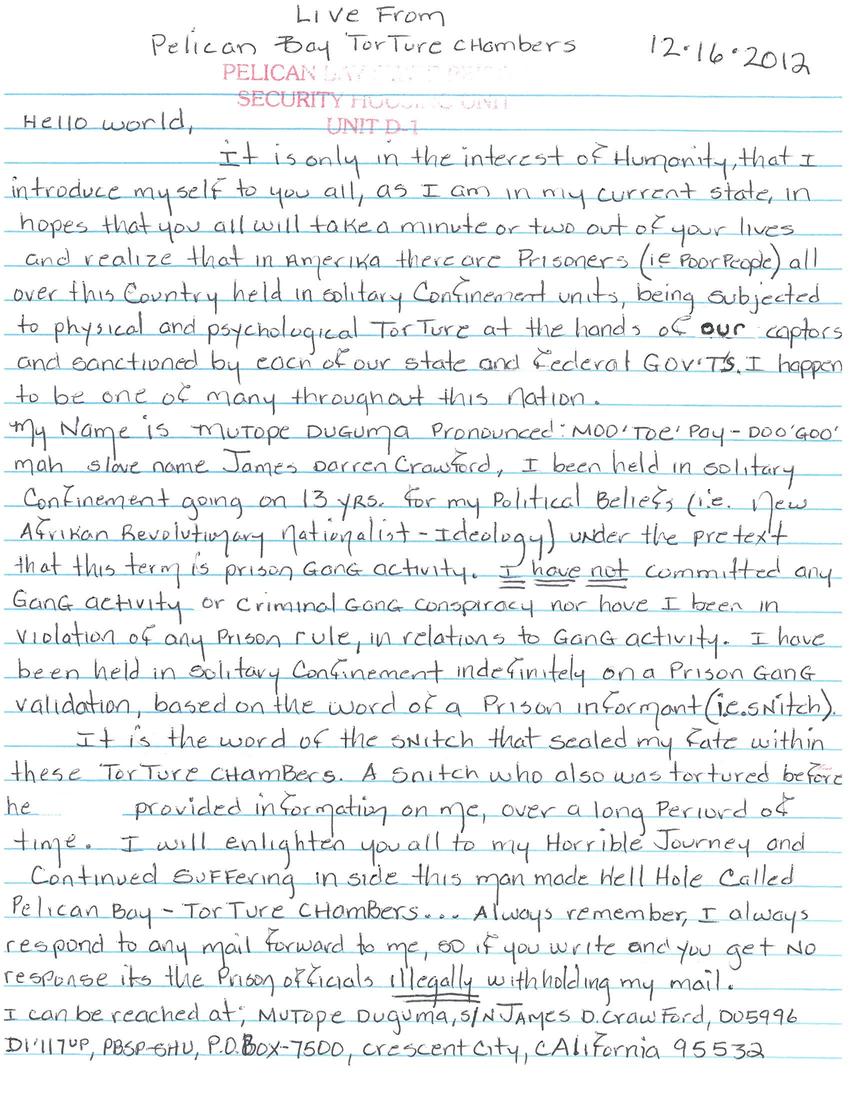 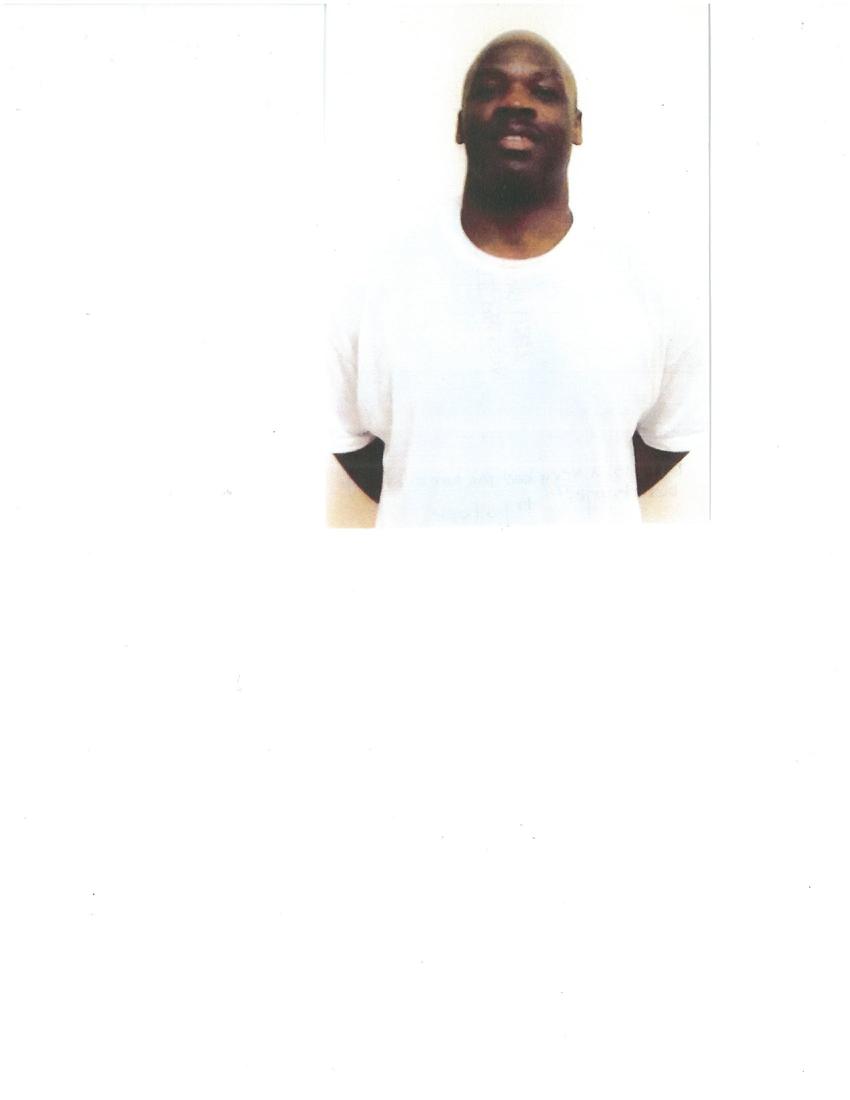 It is only in the interest of humanity that I introduce myself to you all as I am in my current state in hopes that you all will take a minute or two out of your lives, and realize that in Amerika, there are prisoners (i.e. poor people) all over this country held in solitary confinement units, being subjected to physical and psychological torture at the hands of our captors and sanctioned by each of our state and federal governments. I happen to be one of many throughout this nation.

My name is Mutope Duguma (pronounced MOD-ToC' Pat-Doo'goo'), mah slave name: James Darren Crawford. I have been held in solitary confinement going on 13 years for my political beliefs (i.e. New Afrikan Revolutionary Nationalist ideology) under th pretext that this term is prison gang activity. I have not committed any gang activity or criminal gang conspiracy, nor have I been in violation of any prison rule, in relations to gang activity. I have been held in solitary confinement indefinitely on a prison gang validation based on the world of a prison informant (i.e. snitch).

It is the word of the snitch that sealed my fate within these torture chambers. A snitch who also was tortured before he [redacted] provided information on me over a long period of time. I will enlighten you all to my horrible journey and continued suffering inside this man made hell hole called Pelican Bay Torture Chambers.

Always remember, I always respond to any mail forward to me. So if you write and you get no response, it's the prison officials illegally withholding my mail. I can be reached at:

Photo of the author. He is smiling at the camera with his chin raised. He is wearing a white T-shirt that blends into the white background.