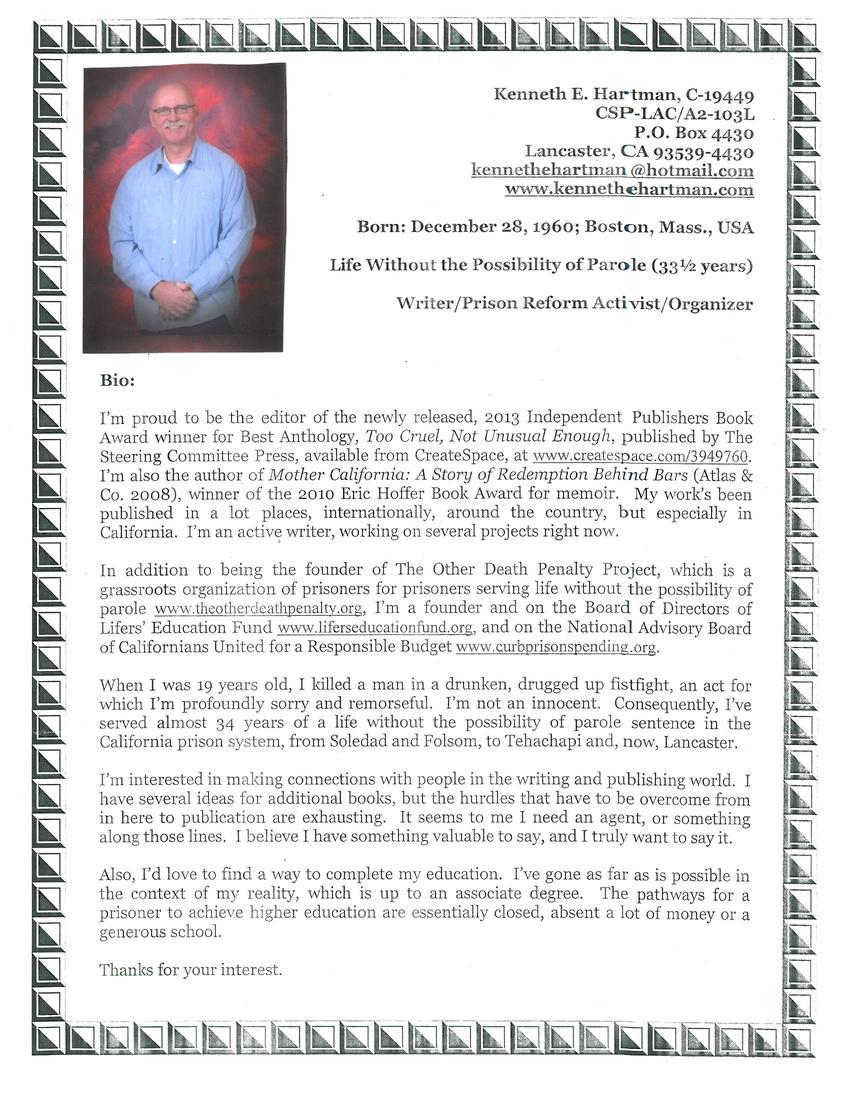 Colored photo of author. He is wearing glasses, has a gray mustache, and is smiling at the camera with his hands folded over his belly.

Bio:
I'm proud to be the editor of the newly released, 2013 Independent Publishers Book Award for Best Anthology, Too Cruel, NOt Unusual Enough, published by the Steering Committee Press, available from CreatSpace at www.createsapce.com/3949760. I'm also the author of Mother California: A Story of Redemption Behind Bars (ATlas and Co. 2008)m winner of the 2010 Eric Hoffer Book Award for memoir. My work's been published in a lot of places, internationally, around the county, but especially in California. I'm an active writer, working on several projects right now.

In addition to being the founder of the Other Death Penalty project, which is a grassroots organization of prisoners for prisoners serving life without the possibility of parole (www.theotherdeathpenalty.org), I'm a founder on the Board of Directors of Lifers' Education fund (www.liferseducationfund.org) and on the National Advisory Board of California prison system, from Soledad and Folsom, to Tehachapi and now Lancaster.

I'm interested in making connections with people in the writing and publishing world. I have several ideas for additional books, but the hurdles that have to be overcome from in here to publication are exhausting. It seems to me that I need an agent, or something along those lines. I believe I have something valuable to say, and I truly want to say it.

Also, I'd love to find a way to complete my education. I've gone as far as is possible in the context of my reality, which is up to an associate degree. The pathways for a prisoner to achieve a higher education are essentially closed, absent a lot of money or a generous school.

Thank you for your interest.