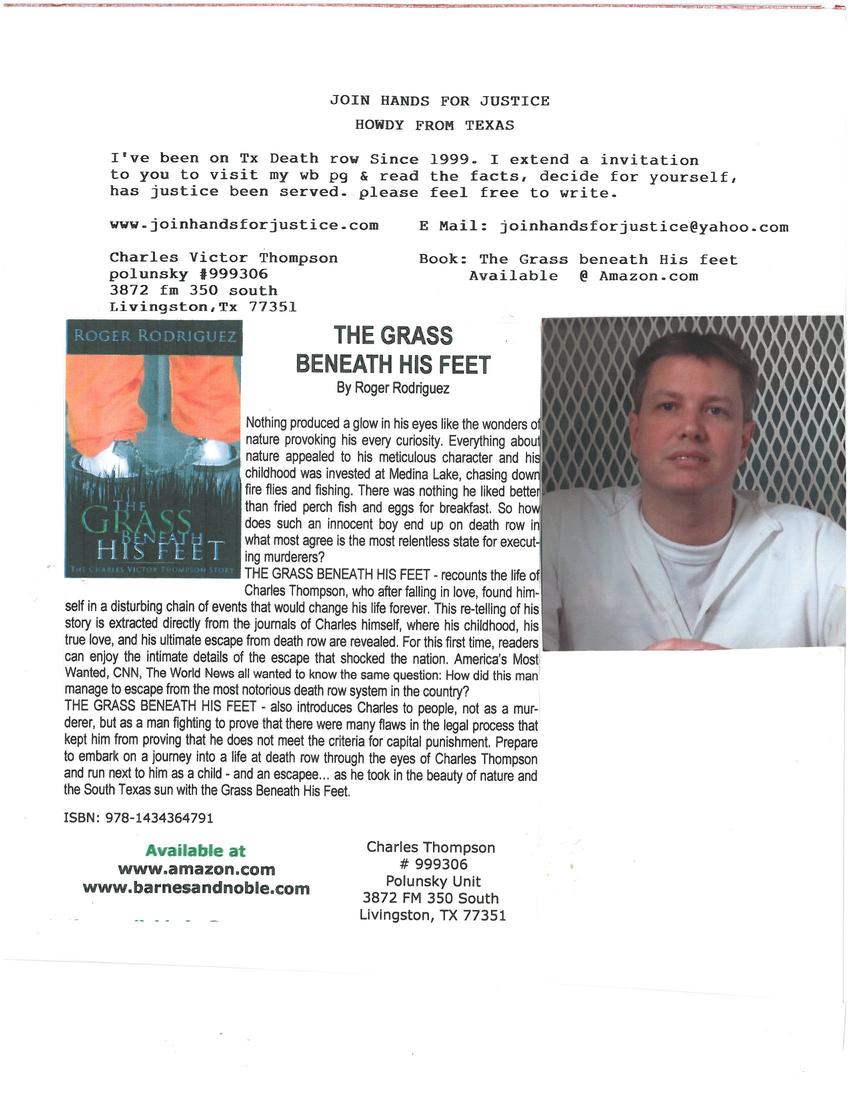 I've been on TX death row since 1999. I extend an invitation to you to visit my website and read the fact. Decide for yourself: has justice been served? Please feel free to write.

The Grass Beneath His Feet
By Roger Rodriguez

Nothing produced a glow in his eyes like the wonders of nature proving his every curiosity. Everything about nature appealed to his meticulous character and his childhood was invested at Medina Lake, chasing down fireflies and fishing. There was nothing he liked better than fried perch fish and eggs for breakfast. So how does such an innocent boy end up on death row in what most agree is the most relentless state for executing murderers?

The Grass Beneath His Feet recounts the life of Charles Thompson, who after falling in love, found himself in a disturbing chain of events that would change his life forever. The retelling of his story is extracted directly from the journals of Charles himself, where his childhood, his true love, and his ultimate escape from death row are revealed. For the first time, readers can enjoy the intimate details of the escape that shocked the nation. America's Most Wanted, CNN, The World News all wanted to know the same question: How did this man manage to escape from the most notorious death row system in the country?

THE GRASS BENEATH HIS FEET also introduces Charles to people, not as a murderer, but as a man fighting to prove that there were many flaws in the legal process that kept him from proving that he does not met the criteria for capital punishment. Prepare to embark on a journey into a life at death row through the eyes of Charles Thompson and run next to him as a child—and an escape... as he tool in the beauty of nature and the south Texas sun with the grass beneath his feet.