Real Talk - the View of a Connecticut Prisoner 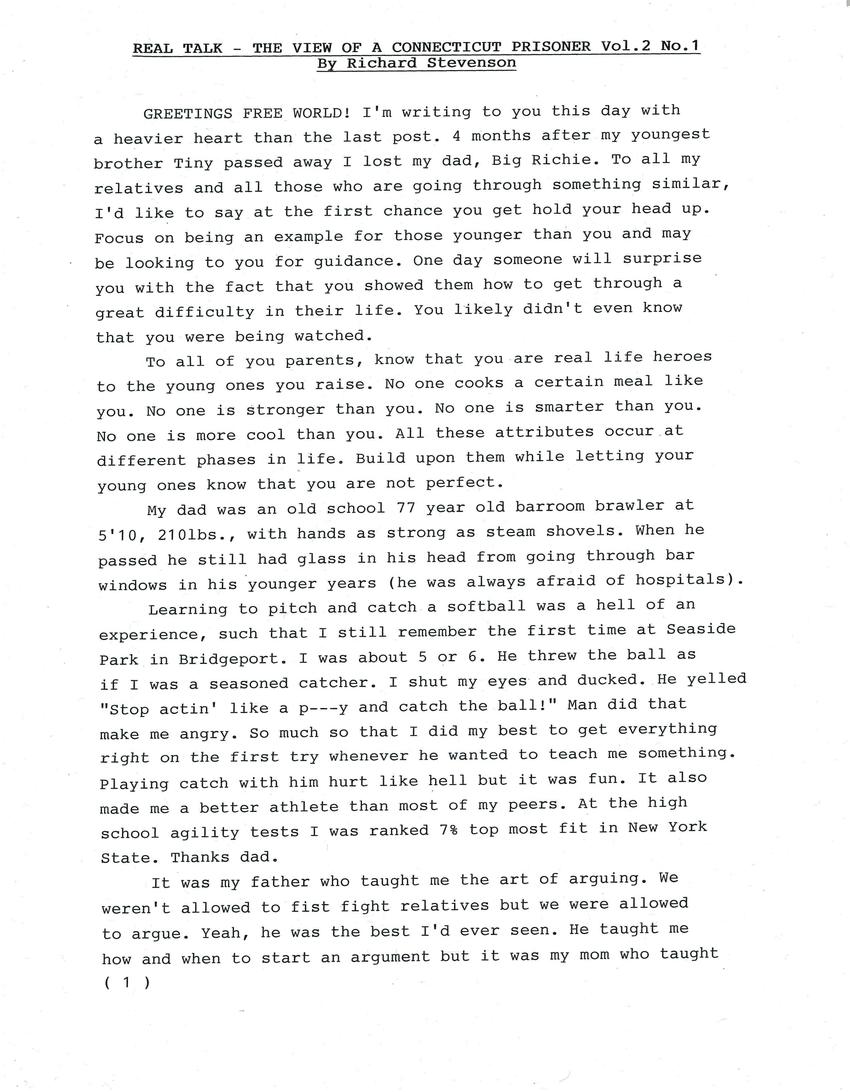 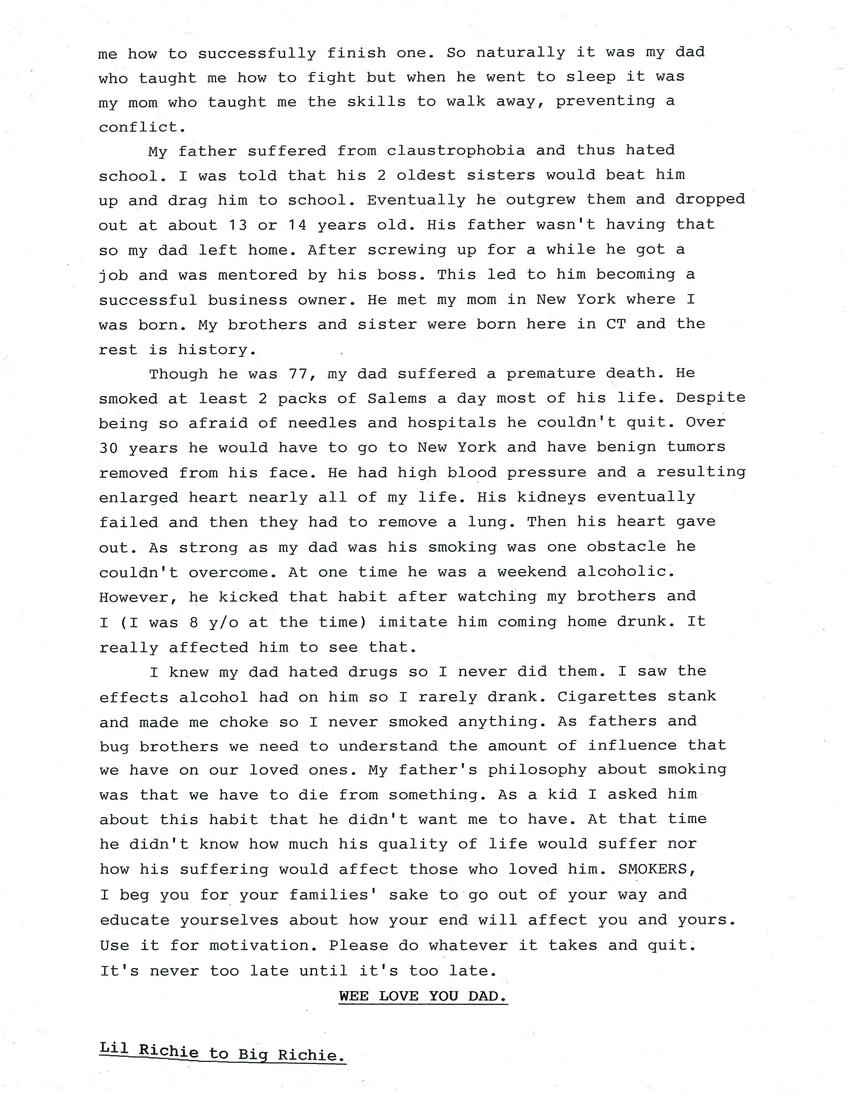 REAL TALK - THE VIEW OF A CONNECTICUT PRISONER Vol. 2, No. 1
By Richard Stevenson

I'm writing to you this day with a heavier heart than the last post. Four months after my youngest brother, Tiny, passed away, I lost my dad, Big Richie. To all my relatives and all those who are going through something similar, I'd like to say hold your head up the first chance you get. Focus on being an example for those younger than you and may be looking to you for guidance. One day, someone will surprise you with the fact that you showed them how to get through a great difficulty in their life. You likely didn't even know that you were being watched.

My dad was an old school 77-year-old barroom brawler at 5'10", 210 lbs., with hands as strong as steam shovels. When he passed, he still had glass in his hand from going though bar windows in his younger years. He was always afraid of hospitals.

Learning to pitch and catch a softball was a hell of an experience. I still remember the first time at Seaside Park at Bridgeport. I was about five or six. He threw the ball as if I was a seasoned catcher. I shut my eyes and ducked. He yelled, "Stop actin' like a p----y and catch the ball!" Man, did that make me angry. So much so that I did my best to get everything right on the first try whenever he wanted to teach me something. Playing catch with him hurt like hell, but it was fun. At the high school agility tests, I was ranked in the top 7% most fit in the New York state. Thanks, Dad.

My father suffered from claustrophobia and hated school. I was told that his two oldest sisters would beat him and drag him to school. Eventually he outgrew them and dropped out at about 13 or 14 years old. His father wasn't having that so my dad left home. After screwing up for a while, he got a job and was mentored by his boss. This led to him becoming a successful business owner. He met my mom in New York, where I was born. My brothers and sisters were born here in CT, and the rest is history.

Though he was 77, my dad suffered a premature death. He smoked at least two packs of Salems a day most of his life. Despite being so afraid of needles and hospitals, he couldn't quit. Over thirty years, he would have to go to New York and have benign tumors removed from his face. He had high blood pressure and an enlarged heart nearly all of his life. His kidneys eventually failed and they had to remove a lung. Then his heart gave out. As strong as my dad was, his smoking was one obstacle he couldn't overcome. At one time, he was a weekend alcoholic. However, he kicked that habit after watching my brothers and me (I was eight years old at the time) imitate him coming home drunk. It really affected him to see that.

I knew my dad hated drugs so I never did them. I saw the effects alcohol had on him so I rarely drank. Cigarettes stank and made me choke so I never smoked anything. As fathers and bug brothers, we need to understand the degree of influence we have on our loved ones. My father's philosophy about smoking was that e have to die from something. As a kid, I asked him about this habit that he didn't want me to have. He didn't know how much the quality of his life would suffer nor how his suffering would affect those who loved him.

SMOKERS: I beg you for your families' sake to go out of your way to educate yourselves about how your end will affect you and your loved ones. Use it for motivation. Please do whatever it takes to quit. It's never too late until it's too late.

We love you, Dad.

Hey Bro, It's Robert. I miss you and if you can get in touch. I'm reading your things now online...
Oh i forgot to mention that Nathaniel (Gramps from New York) 178 South rd. Greenburgh, NY passed away in December of 2019. he was 98 yrs old. I was contacted by aunt Diane (I thought he had already passed years before. that's what i was told). However she contacted me to get mommy info the she passed. The house was left to her and her sibblings. At first she said mom left us something then she called me back and said she didn't because mom was in heavy debt.
(scanned reply – view as blog post)
uploaded Feb. 19, 2020.  Original (PDF) 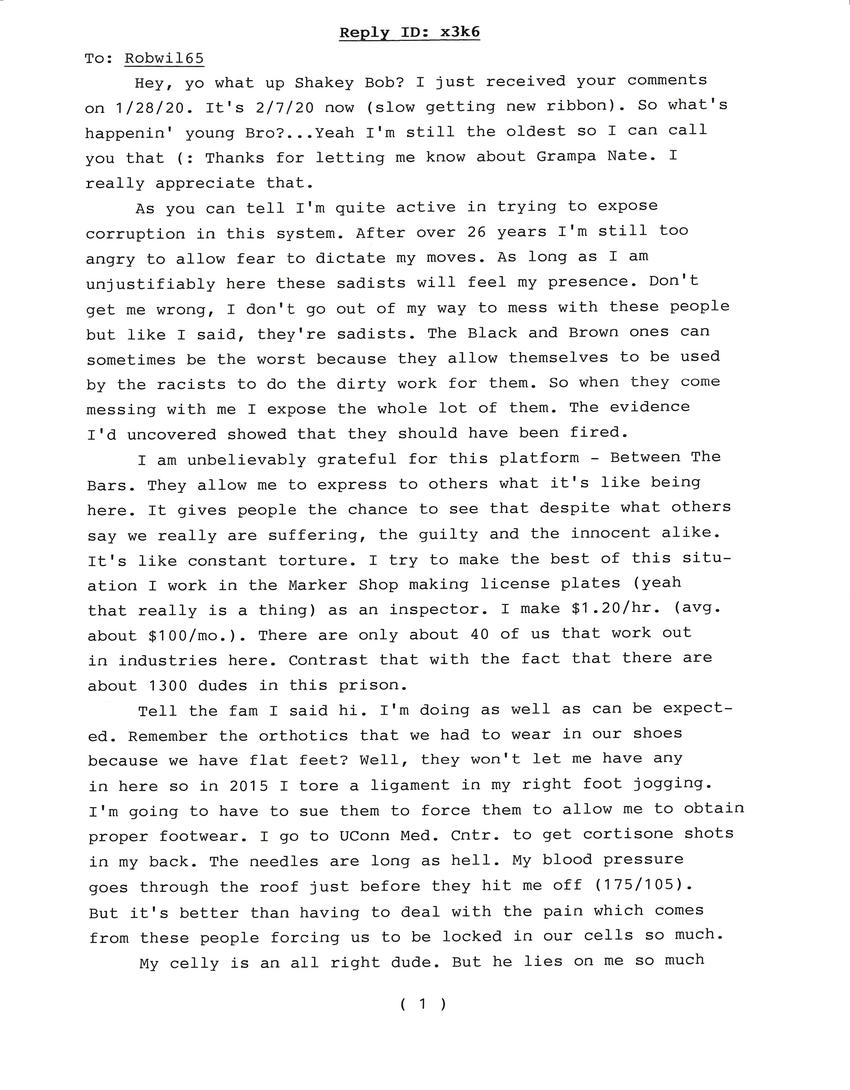 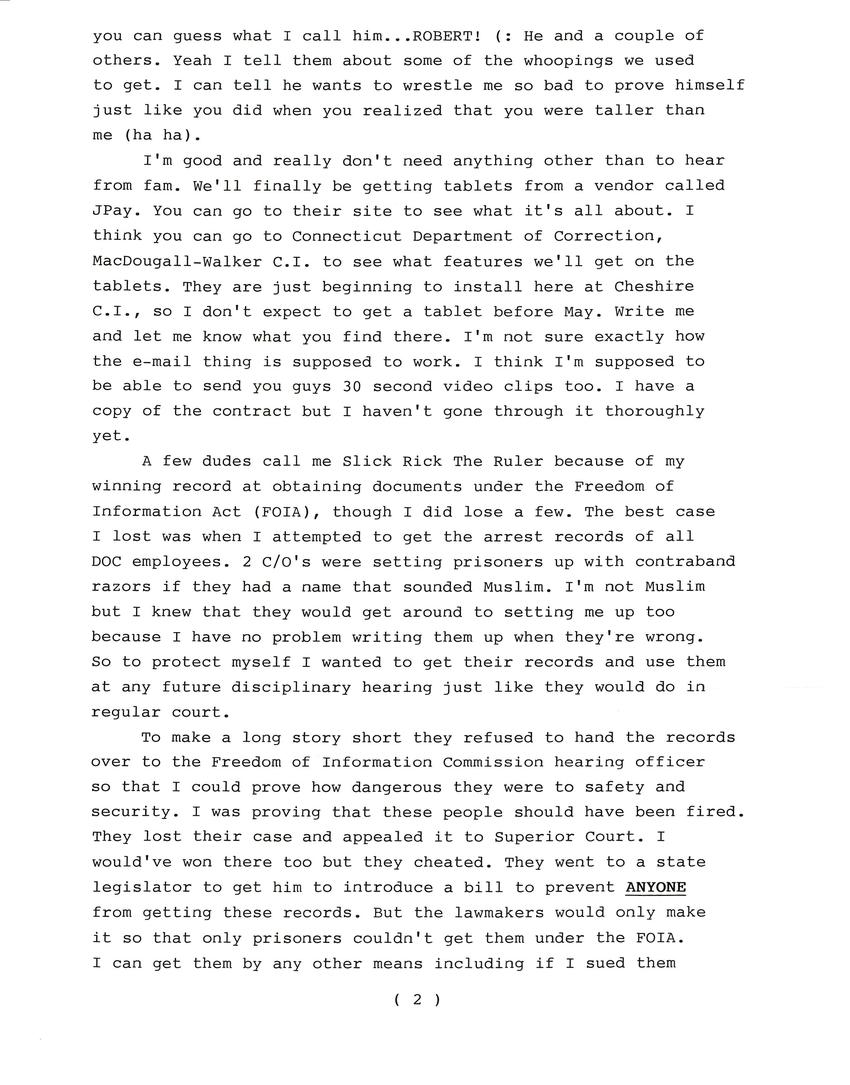 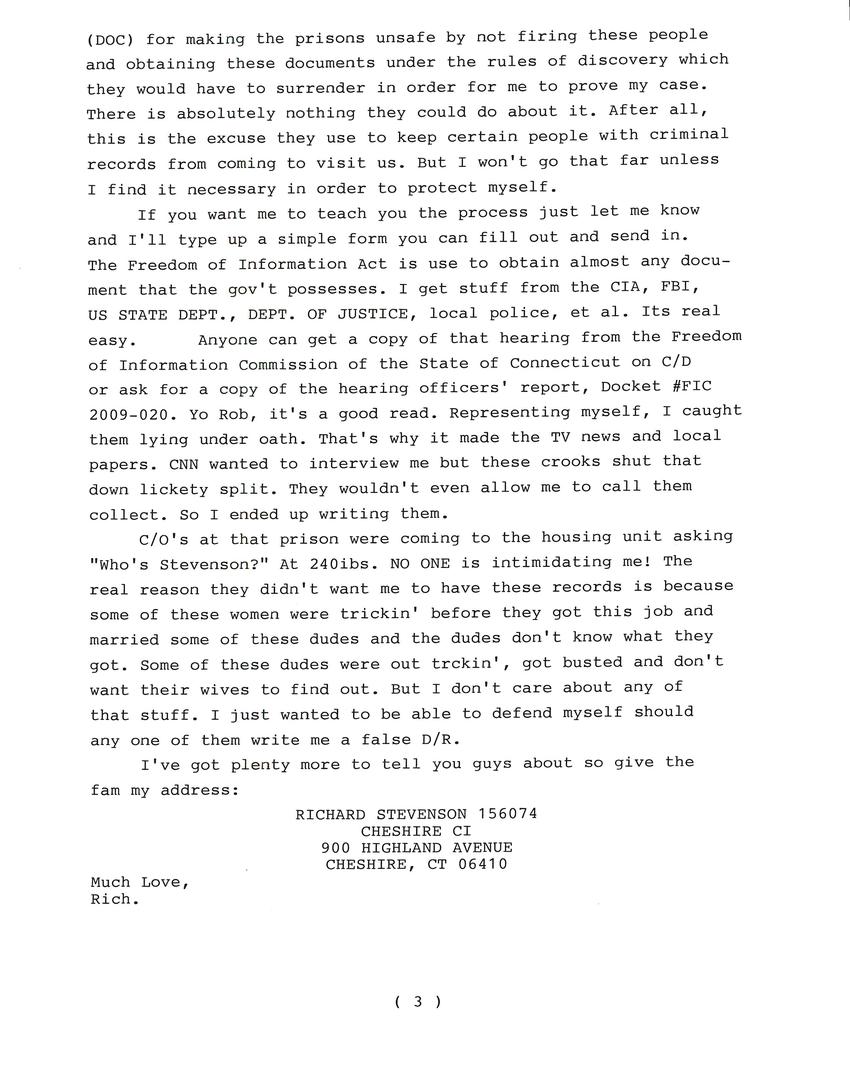