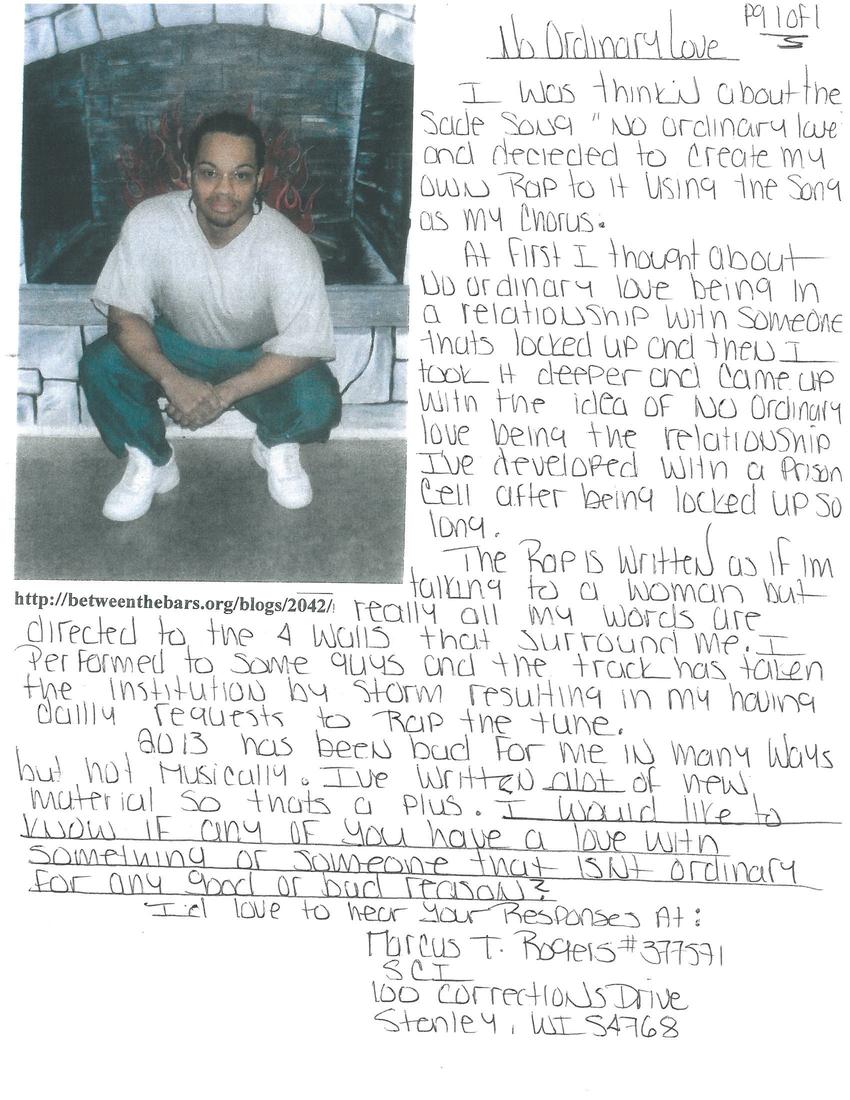 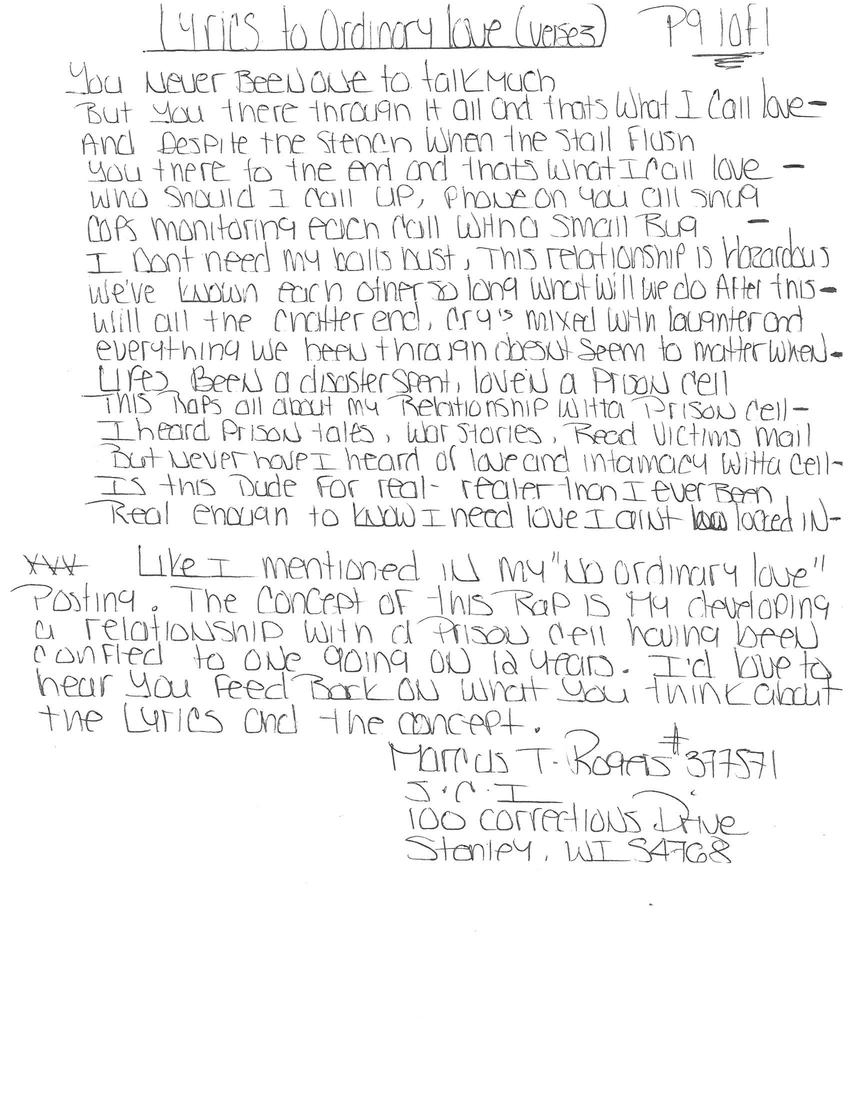 I was thinking about the Sade song "No Ordinary Love" and decided to create my own rap to it using the song as my chorus.

At first I thought about no ordinary love being in a relationship with someone that's locked up and then I took it deeper and came up with the idea of No Ordinary Love being the relationship I've developed with a prison cell after being locked up so long.

The rap is written as if I'm talking to a woman but directed to the 4 walls that surround me. I performed to some guys and the track has taken the institution by storm resulting in my having daily requests to rap the tune.

2013 has been bad for me in many ways but not musically. I've written a lot of new material so that's a plus. I would like to know if any of you have a ove with something or someone that isn't ordinary for any good or bad reasons?

I'd love to hear your responses at:

You never been one to talk much
But you there through it all and that's what I call love
And despite the stech when the stall flush
You there to the end and that's what I call love
Who should I call up, phone on you all snug
Cops monitoring each call with a small bug
I don't need my balls bust, this relationship is hazardous
We've known each other so long what will we do after this
With all the chatter and crys mixed with laugher and
everything we been through doesn't seem to matter when
Life's been a disaster spent, love in a prison cell
This rap's all about my relationship with a prison cell
I heard prison tales, war stories, read victim's mail
But never have I heard of love and inimacy with a cell
Is this dude for real - realer than I ever been
Real enough to know I need love I ain't locked in

Like I mentioned in my No Ordinary Love posting. The concept of this rap is my developing a relationship with a prison cell having been confined to one going on 12 years. I'd love to hear your feedback on what you think about the lyrics and the concept.

Thanks for sharing your work. I think your concept is really interesting - we can build a relationship with the worst places if we're there for long enough.