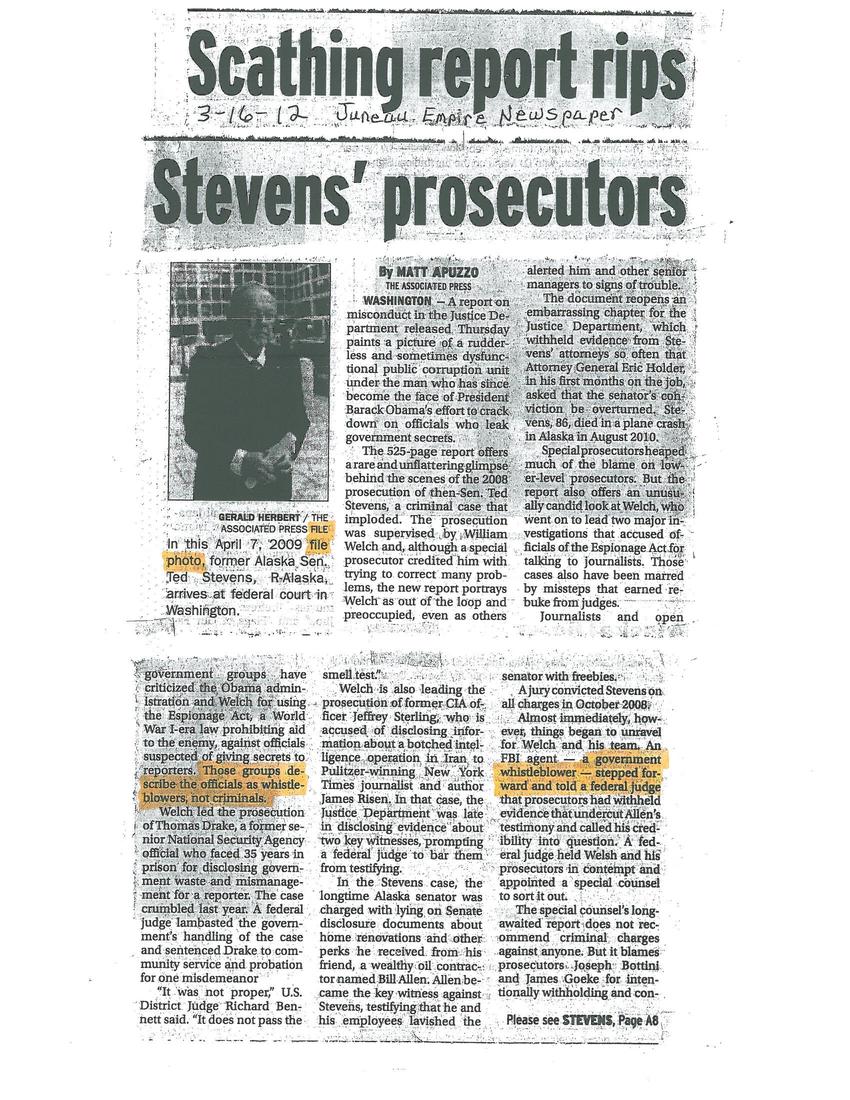 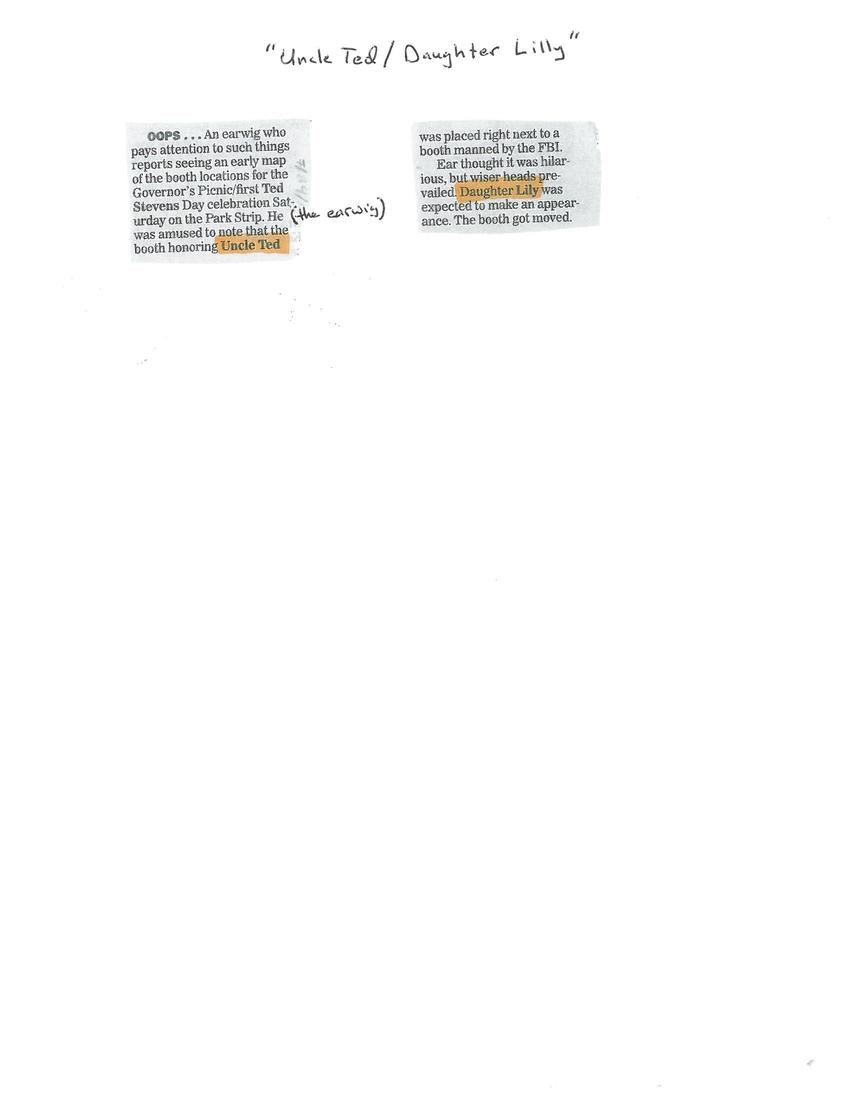 By MATT APUZZO
THE ASSOCIATED PRESS

WASHINGTON - A report on misconduct in the Justice Department released Thursday paints a picture of a rudderless and sometimes dysfunctional public corruption unit under the man who has since become the face of President Barack Obama's effort to crack down on officials who leak government secrets.

The 525-page report offers a rare and unflattering glimpse behind the scenes of the 2008 prosecution of then-Sen. Ted Stevens, a criminal case that imploded. The prosecution was supervised by William Welch and, although a special prosecutor credited him with trying to correct many problems, the new report portrays Welch as out of the loop and preoccupied, even as others alerted him and other senior managers to signs of trouble.

The document reopens an embarrassing chapter for the Justice Department, which withheld evidence from Stevens' attorneys so often that Attorney General Eric Holder, in his first months on the job, asked that the senator's conviction be overturned. Stevens, 86, died in a plane crash in Alaska in August 2010.

Special prosecutors heaped much of the blame on lower-level prosecutors. But the report also offers an unusually candid look at Welch, who went on to lead two major investigations that accused officials of the Espionage Act for talking to journalists. These cases also have been marred by missteps that earned rebuke from judges.

Journalists and open government groups have criticized the Obama administration and Welch for using the Espionage Act, a World War I-era law prohibiting aid to the enemy, against officials suspected of giving secrets to reporters. Those groups describe the officials as whistleblowers, not criminals.

Welch led the prosecution of Thomas Drake, a former senior National Security Agency official who faced 35 years in prison for disclosing government waste and mismanagement to a reporter. The case crumbled last year. A federal judge lambasted the government's handling of the case and sentenced Drake to community service and probation for one misdemeanor.

"It was not proper", U.S. District Judge Richard Bennett said. "It does not pass the smell test."

Welch is also leading the prosecution of former CIA official Jeffrey Sterling, who is accused of disclosing information about a botched intelligence operation in Iran to Pulitzer-winning New York Times journalist and author James Risen. In that case, the Justice Department was late in disclosing evidence about two key witnesses, prompting a federal judge to bar them from testifying.

In the Stevens case, the longtime Alaska senator was charged with lying on Senate disclosure documents about home renovations and other perks he received from his friend, a wealthy oil contractor named Bill Allen. Allen became the key witness against Stevens, testifying that he and his employees lavished the senator with freebies.

A jury convicted Stevens on all charges in October 2008.

Almost immediately, however, things began to unravel for Welch and his team. An FBI agent - a government whistleblower - stepped forward and told a federal judge that prosecutors had withheld evidence that undercut Allen's testimony and called his credibility into question. A federal judge held Welch and his prosecutors in contempt and appointed a special counsel to sort it out.

The special counsel's long-awaited report does not recommend criminal charges against anyone. But it blames prosecutors Joseph Bottini and James Goeke for intentionally withholding and con-

OOPS... An earwig who pays attention to such things reports seeing an early map of the booth locations for the Governor's Picnic/first Ted Stevens Day celebration Saturday on the Park Strip. He [the earwig] was amused to note that the booth honoring Uncle Ted was placed right next to a booth manned by the FBI.

Ear thought it was hilarious, but wiser heads prevailed. Daughter Lily was expected to make an appearance. The booth got moved.