In MemoryOf A Innocent Man 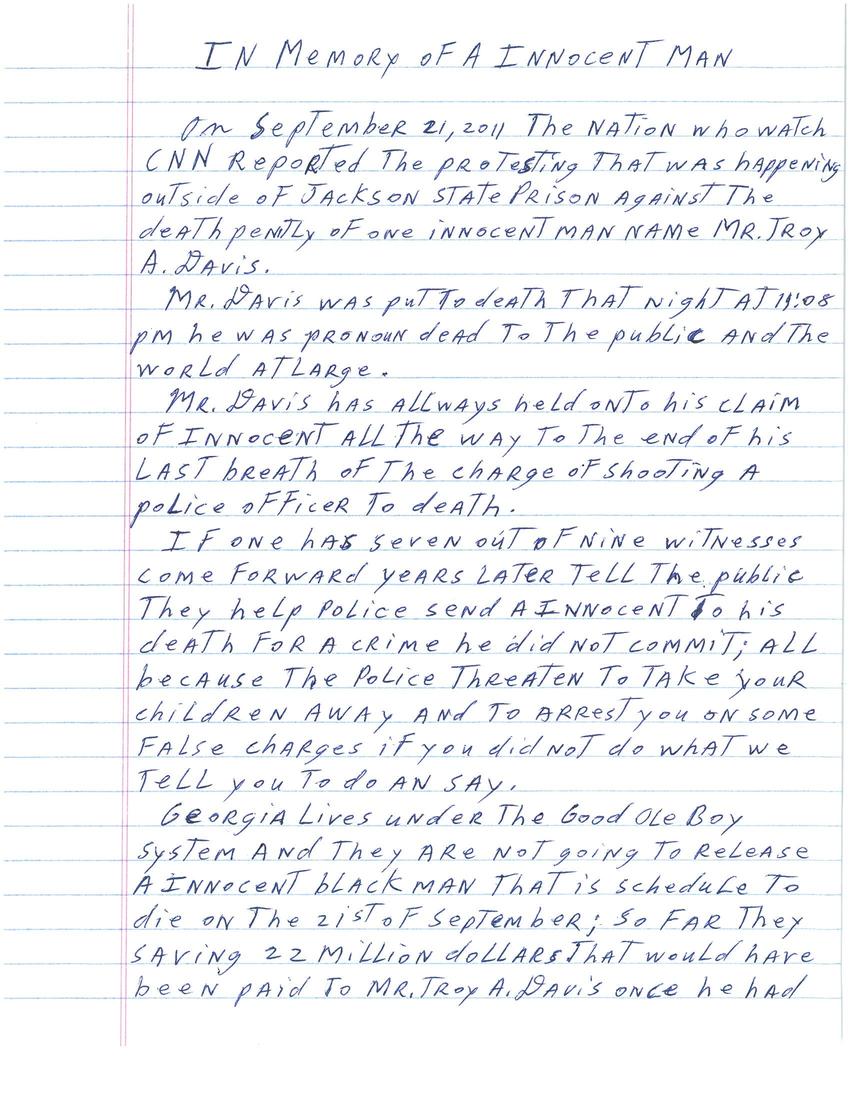 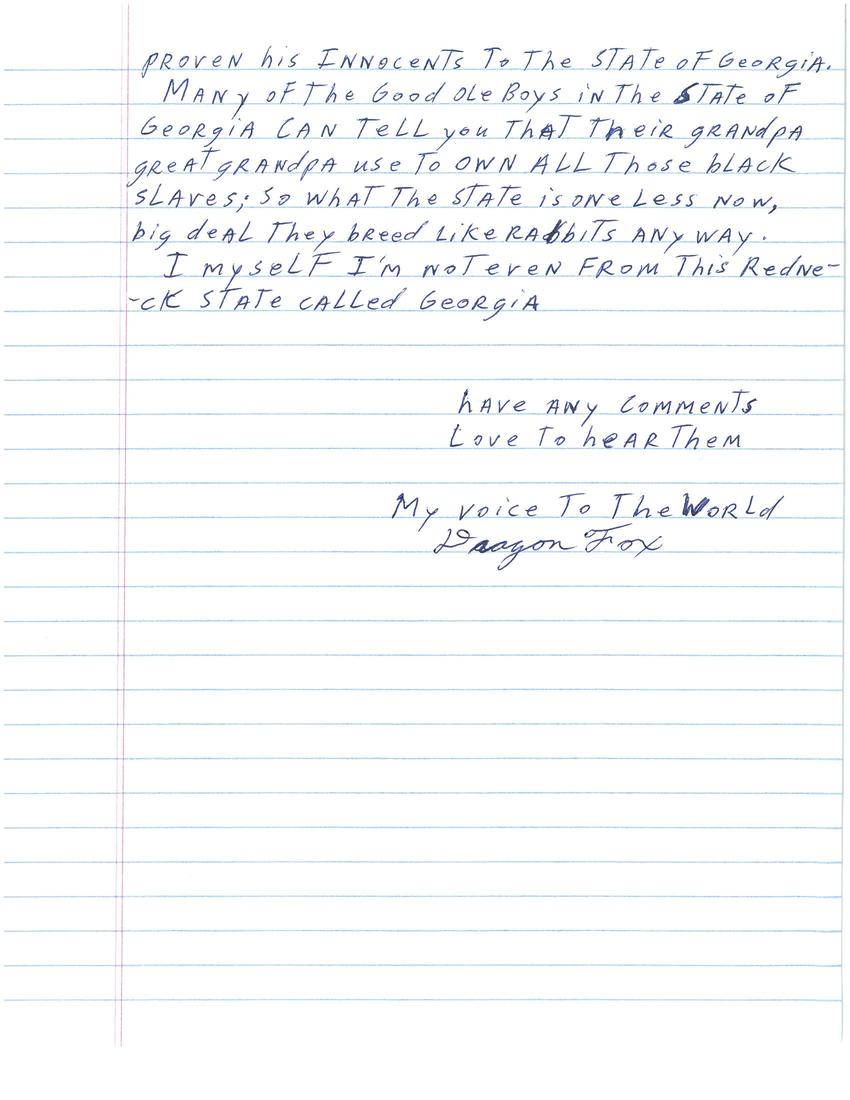 In Memory of An Innocent Man

On September 21, 2011, the nation who watched CNN reporting the protesting that was happening outside of Jackson State Prison against the death penalty of one innocent man named Mr. Troy A. Davis.

Mr. Davis was put to death that night at 11:08 p.m. He was pronounced dead to the police and the world at large.

Mr. Davis has always held onto his claim of innocent, all the way to the end of his last breath of the charge of shooting a police officer to death.

If one has seven out of nine witnesses come forward years later and tell the police, they helped police send an innocent to his death for a crime he did not commit. All because the police threatened to take your children away and to arrest you on some false charges if you did not do what they told you to do and say.

Georgia lives under the good ol' boy system, and they are not going to release an innocent black man who is scheduled to die on the 21st of September; so far, they saving 22 million dollars that would have been paid to Mr. Troy A. Davis once he had proven his innocence to the state of Georgia. Many of the good ol' boys in the state of Georgia can tell you that their grandpa's great-grandpa used to own all those black slaves. So what: the state is one less now. Big deal; they breed like rabbits anyway.

I, myself, I'm not even from this redneck state called Georgia.

Have any comments?
Would love to hear them.

My Voice to The World
Dragon Fox