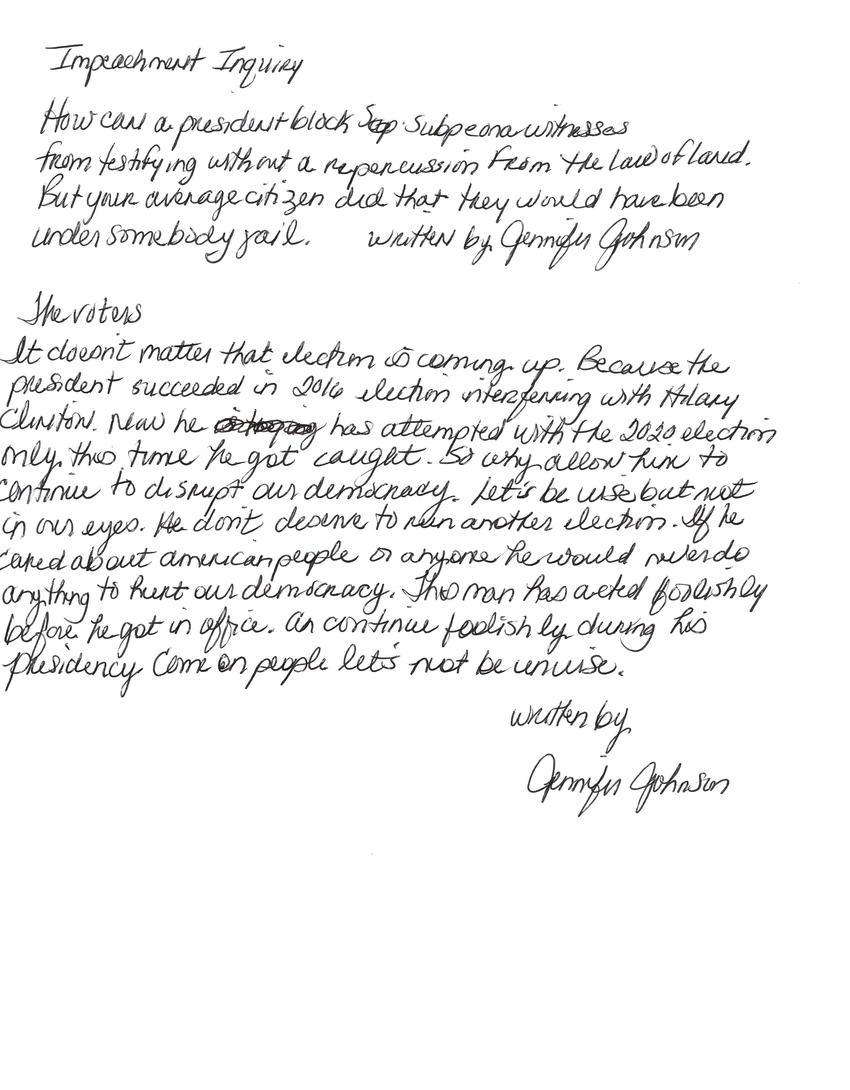 How can a president block subpoena witnesses from testifying without a repercussion from the law of the land? But your average citizen did that, they would have been under somebody's jail.

The Voters
It doesn't matter that the election is coming up. Because the president succeed in the 2016 election interfering with Hilary Clinton. Now he has attempted the same with the 2020 election, only this time he got caught. So, why allow him to continue to disrupt the democracy?

Let's be wise but not in his eyes. He doesn't deserve to run another election. If he cared about the American people or anyone, he would never do anything to hurt our democracy. This man has acted foolishly before he got into office. And he continues foolishly during his presidency.

Come on, people. Let's not be unwise.