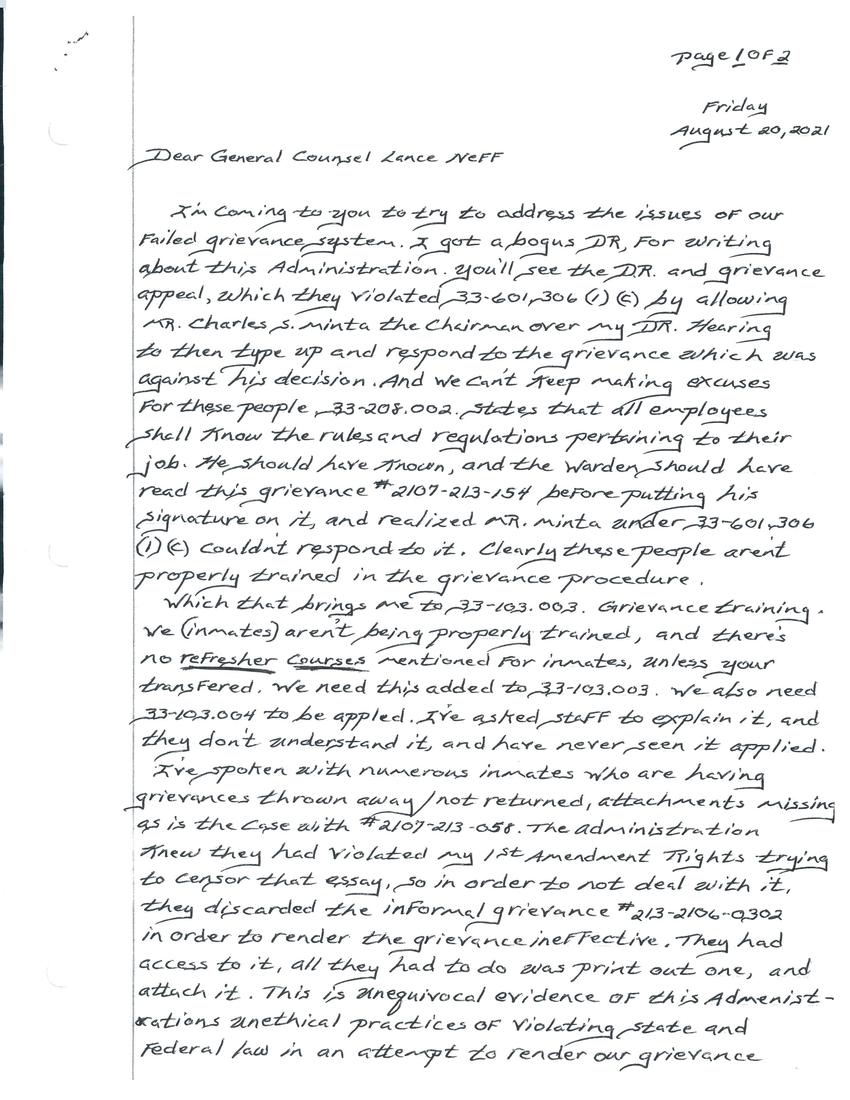 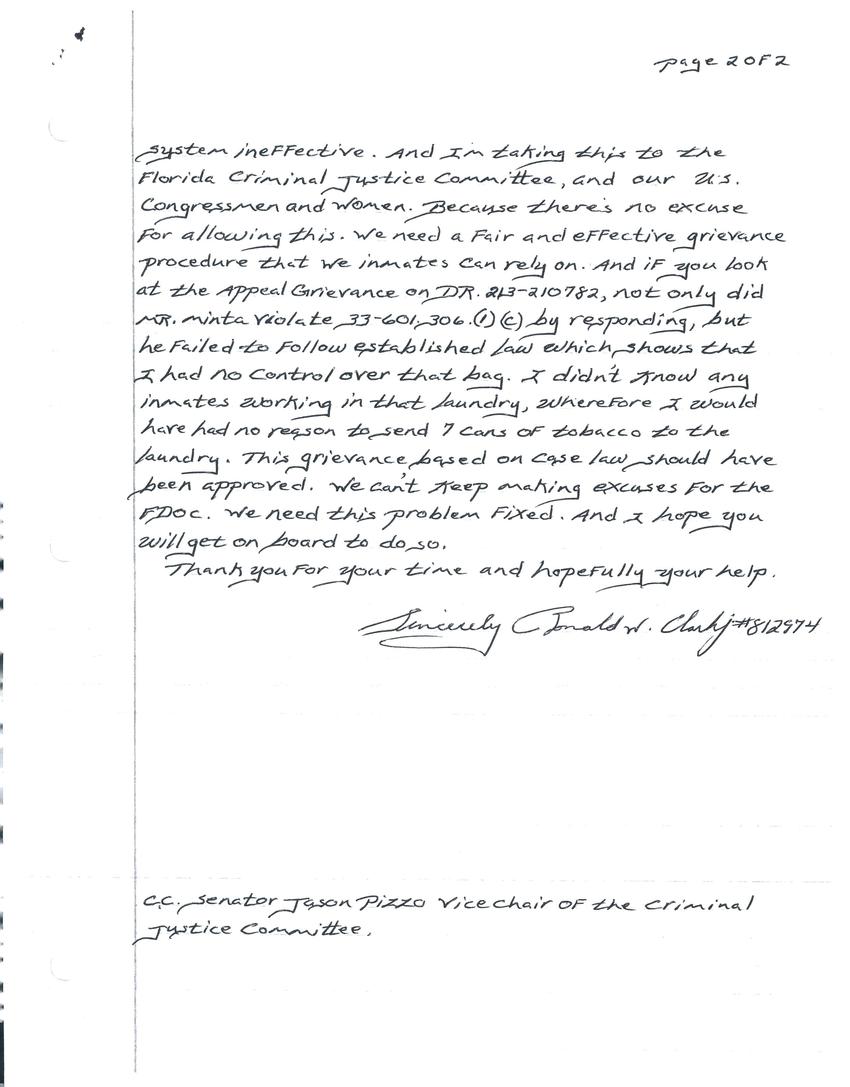 Dear General Counsel Lance Neff
I'm coming to you to try to address the issues of our failed grievance system. I got a bogus DR, for writing about this Administration. You'll see the D.R. and grievance appeal which they violated 33-601.306(1)(c) by allowing Mr. Charles S. Minta the Chairman over my DR. Hearing to then type up and respond to the grievance which was against his decision. And we can't keep making excuses for these people 33-208.002. states that all employees shall know the rules and regulations pertaining to their job. He should have known, and the warden should have read this grievance #2017-213-154 before putting his signature on it, and realized Mr. Minta under 33-601.306 (1)(c) couldn't respond to it. Clearly these people aren't properly trained in the grievance procedure.
Which that brings me to 33-103.003. Grievance training. We (inmates) aren't being properly trained, and there's no refresher courses mentioned for inmates, unless you're transferred. We need this added to 33-103.003. We also need 33-103.004 to be applied. I've asked staff to explain it, and they don't understand it, and have never seen it applied.
I've spoken with numerous inmates who are having grievances thrown away/ not returned, attachments missing as is the case with #2107-213-058. The administration knew they had violated my 1st Amendment Rights trying to censor that essay. So in order to not deal with it, they discarded the informal grievance #213-2106-0302 in order to render the grievance ineffective. They had access to it, all they had to do was print out one and attach it. This is unequivocal evidence of this Administrations unethical practices of violated state and Federal law in an attempt to render our grievance system ineffective. And I'm taking this to the Florida Criminal Justice Committee, and out U.S. Congressmen and women. Because there's no excuse for allowing this. We need a fair and effective grievance procedure that we inmates can rely on. And if you look at the Appeal Grievance on DR. 213-210782, not only did Mr. Minta violate 33-601.306.(1)(c) by responding, but he failed to follow established law which shows that I had no control over that bag. I didn't know any inmates working in that laundry, wherefore I have have had no reason to send 7 cans of tobacco to the laundry. This grievance based on case law should have been approved. We can't keep making excuses for the FDOC. We need this problem fixed. And I hope you will get on board to do so.
Thank you for your time and hopefully your help,
Sincerely Ronald W. Clar[?]y #812974