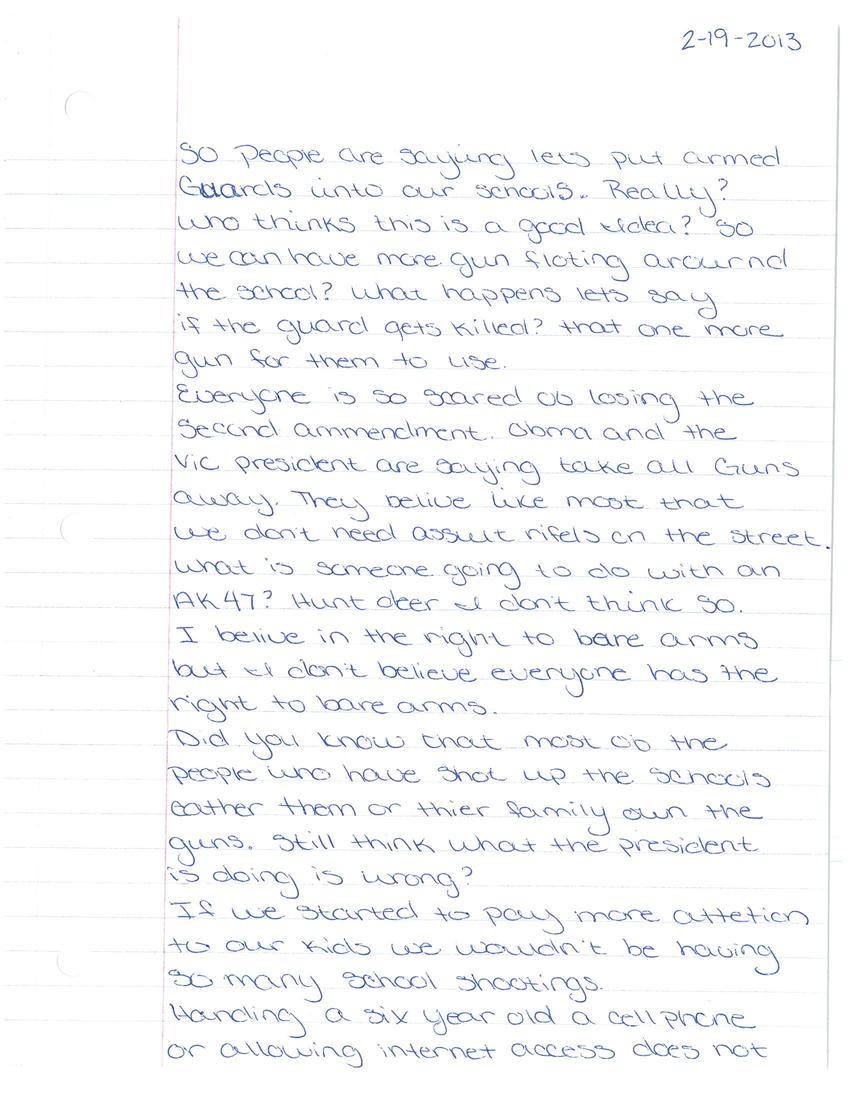 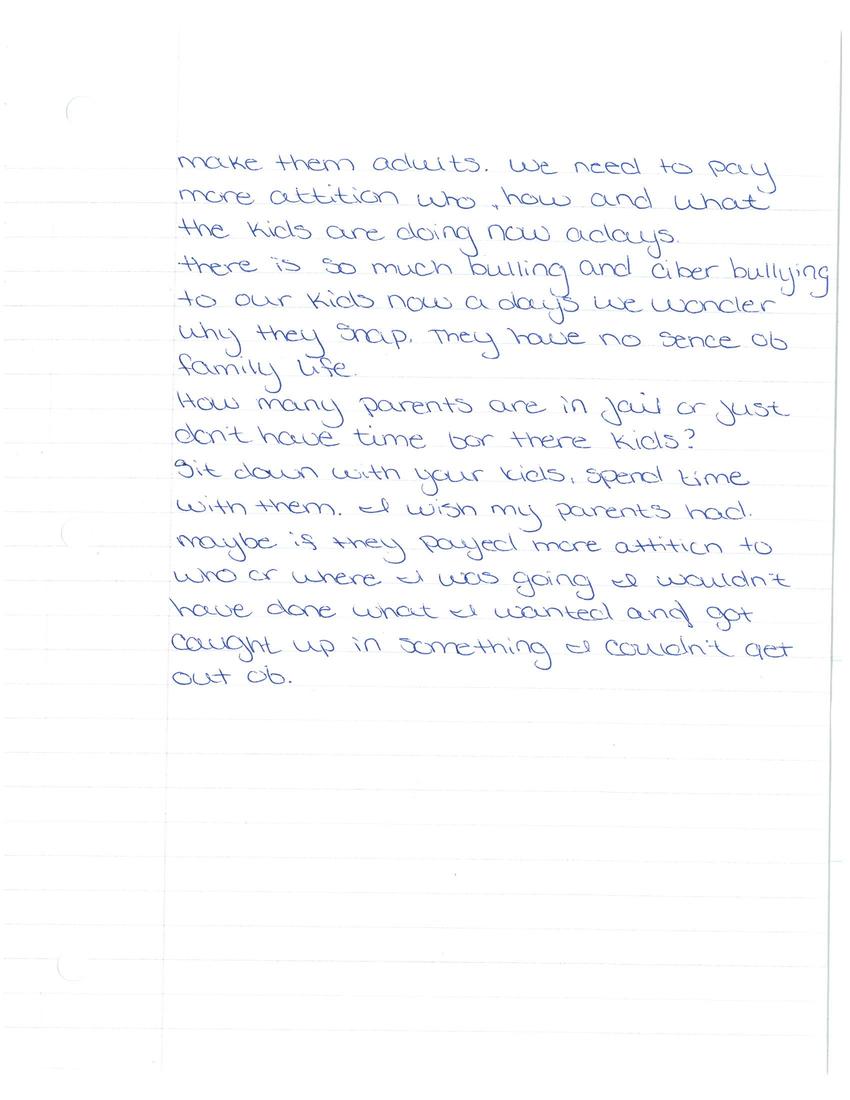 So people are saying, "Let's put armed guards into our schools." Really? Who thinks this is a good idea? So we can have more guns floating around the school? What happens, let's say, if the guard gets killed? That's one more gun for them to use.
Everyone is so scared of losing the second amendment. Obama and the Vice President are saying "Take all the guns away." They believe, like most, that we don't need assault rifles on the street. What is someone going to do with an AK-47, hunt deer? I don't think so. I believe in the "Right to Bear Arms," but I don't believe everyone has the right to bear arms. Did you know that most of the people who have shot up the schools, either them or their family, own the guns? Still think what the President is doing is wrong?
If we started to pay more attention to our kids, we wouldn't be having so many school shootings. Handing a six-year-old a cell phone or allowing internet access does not make them adults. We need to pay more attention to "Who?", "How?", and "What?" the kids are doing nowadays. There is so much bullying and cyber-bullying to our kids nowadays we wonder why they snap. They have no sense of "family life."
How many parents are in jail, or just don't have time for their kids? Sit down with your kids; spend time with them. I wish my parents had.. Maybe if they paid more attention to who or where I was going, I wouldn't have done what I wanted and get caught up in something I couldn't get out of.

Thanks for writing! I finished the transcription for your post.
Hey amber how are u holding up well I'm from Canada and love the lock up show on msnbc I hope to hear from u
(scanned reply – view as blog post)
uploaded May 12, 2013.  Original (PDF) 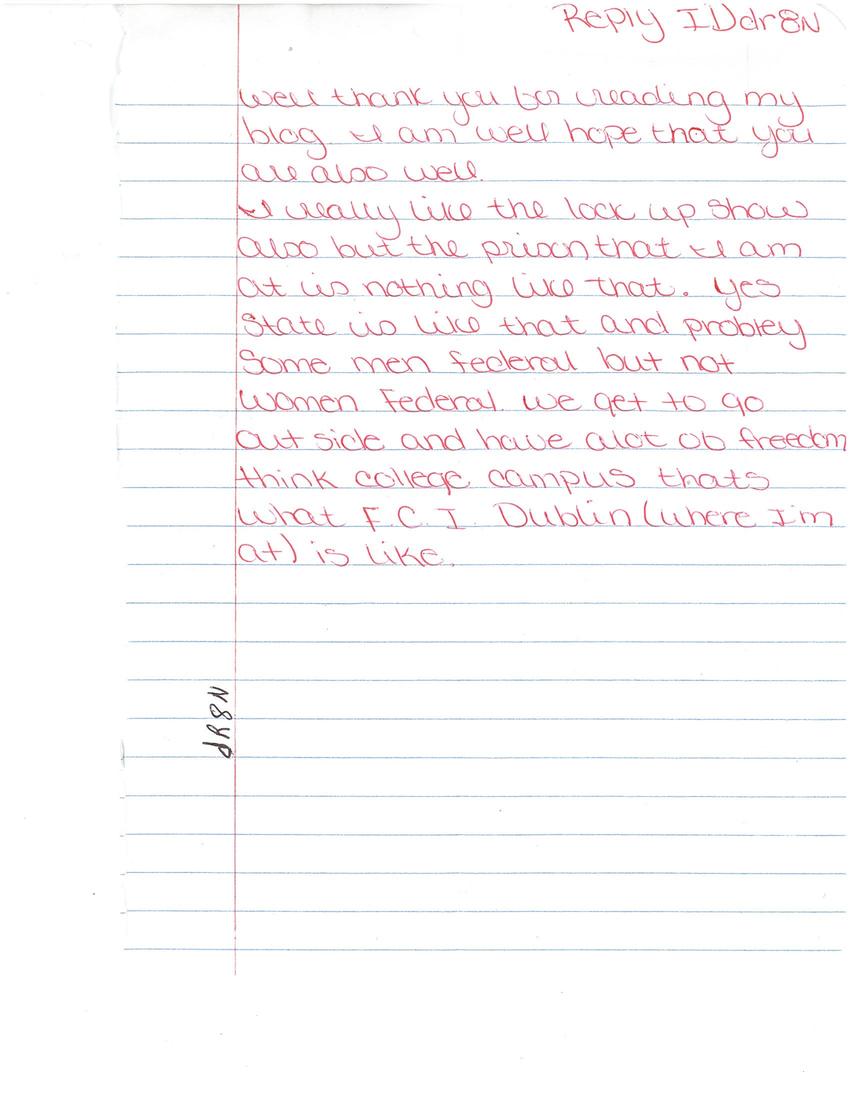