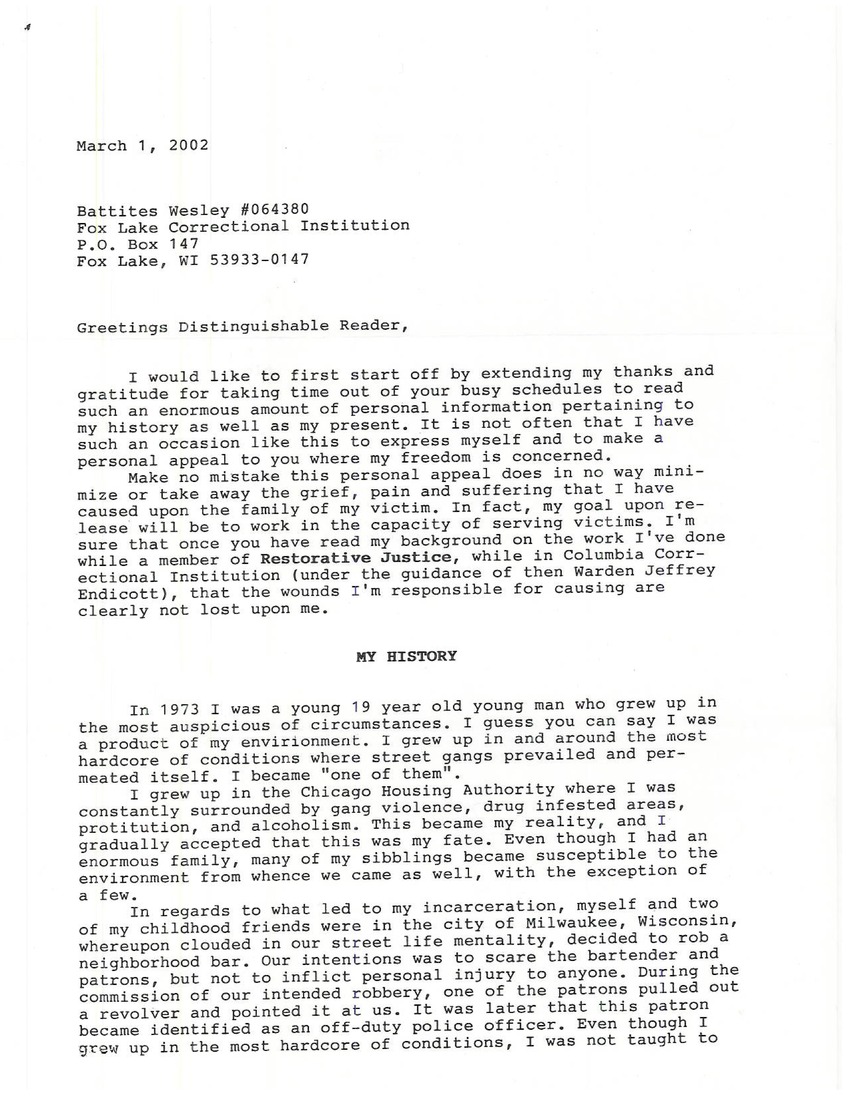 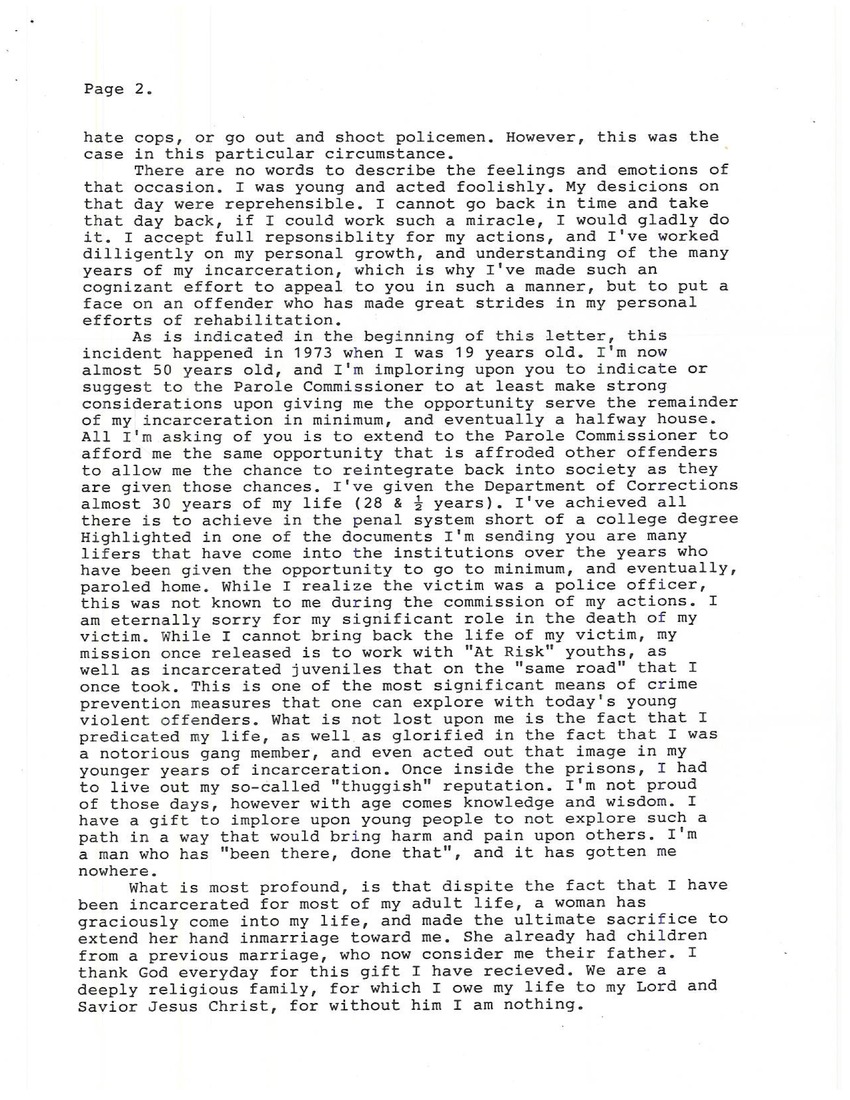 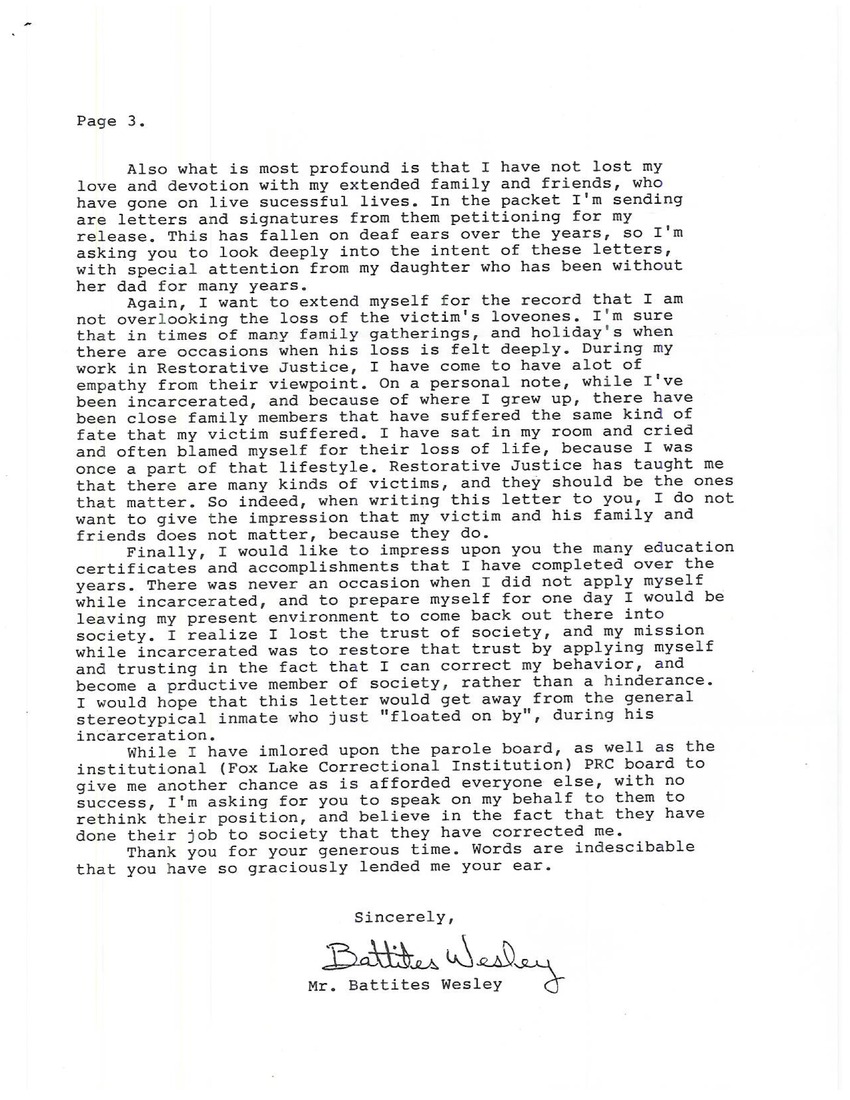 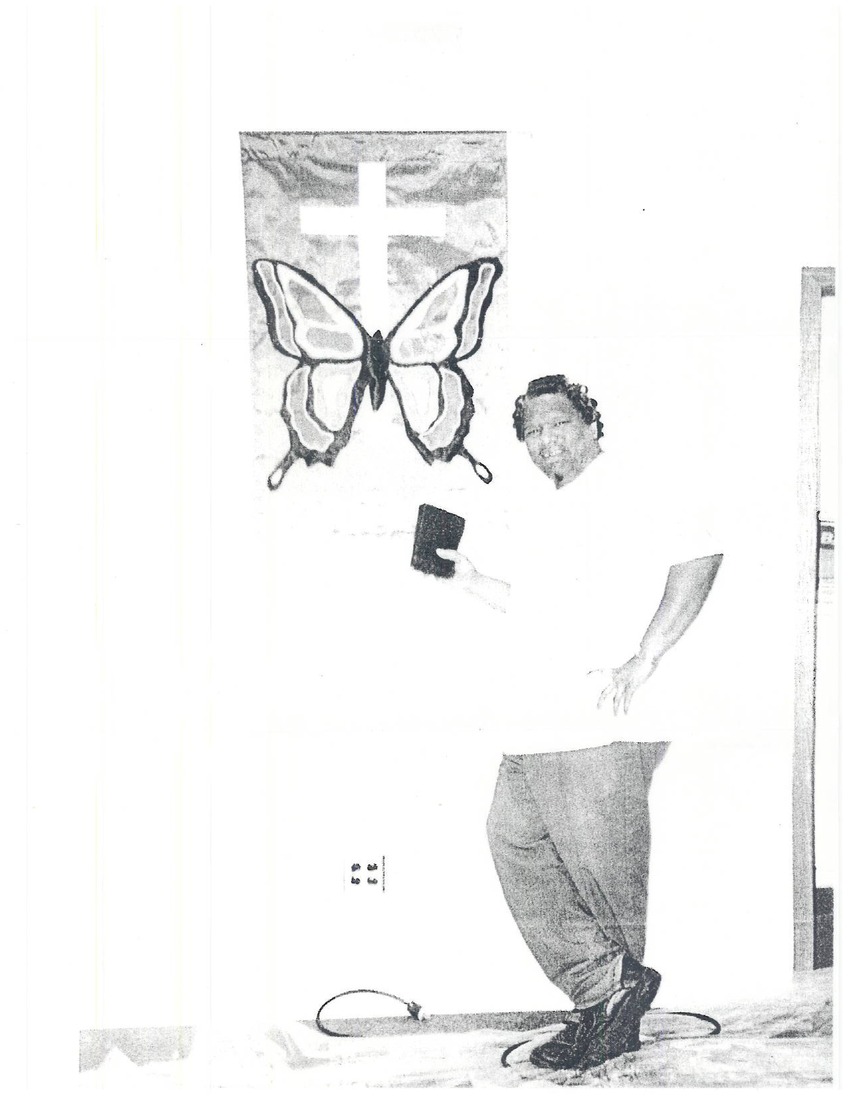 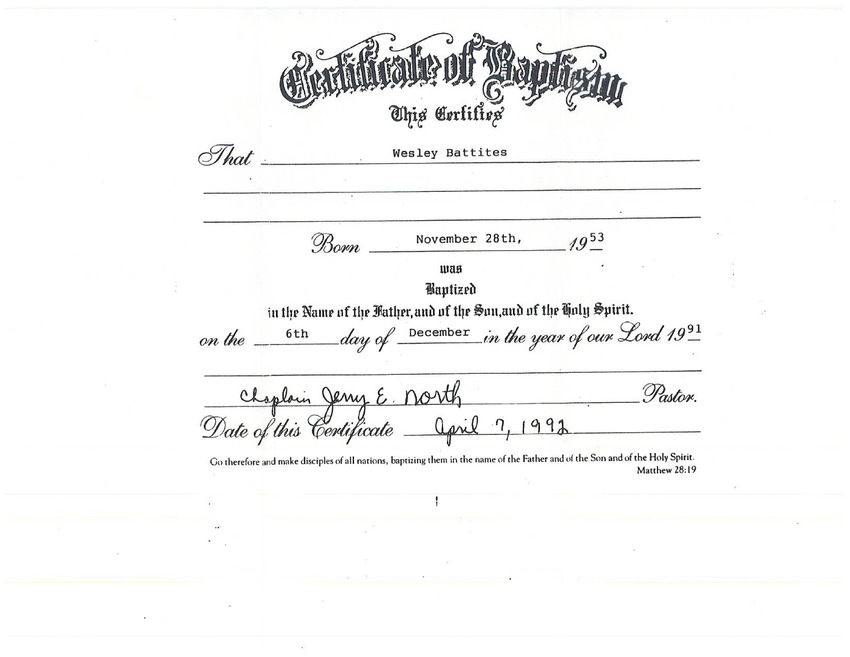 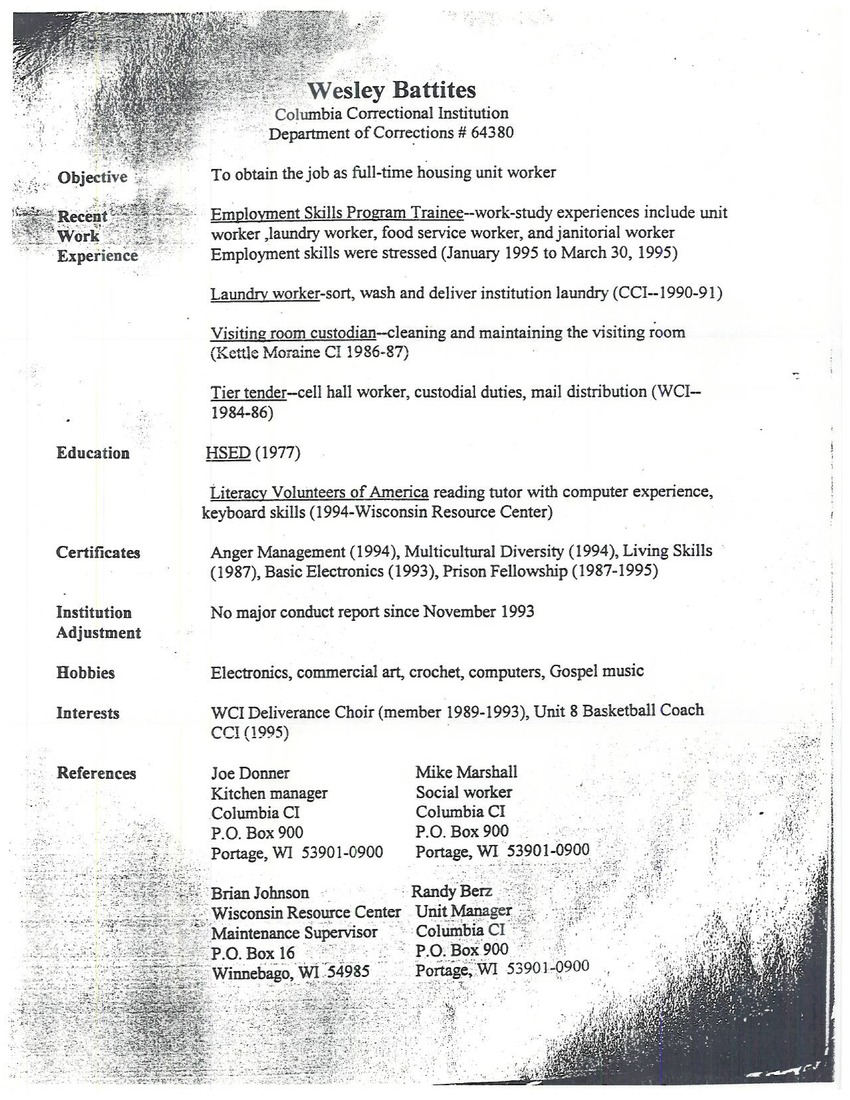 I would like to first start off by extending my thanks and gratitude for taking time out of you busy schedules to read such an enormous amount of personal information pertaining to my history as well as my present. It is not often that I have such an occasion like this to express myself and to make a personal appeal to you where my freedom is concerned.
Make no mistake this personal appeal does in no way minimize or take away the grief, pain and suffering that I have caused upon the family of my victim. In fact, my goal upon release will be to work in the capacity of serving victims. I'm sure that once you have read my background on the work I've done while a member of Restorative Justice, while in Columbia Correctional Institution (under the guidance of then Warden Jeffrey Endicott), that the wounds I'm responsible for causing are clearly not lost upon me.

This Certifies
That Wesley Battites

Born November 28th, 1953
was
Baptized
in the Name of the Father, and of the Son, and of the Holy Spirit.
on the 6th day of December in the year of our Lord 1991

Go therefore and make disciples of all nations, baptising them in the name of the Father and of the Son and of the Holy Spirit.
Matthew 28:19

Objective To obtain the job as full-time housing unit worker

Law of Heru
You have the power but not the right to ignore God’s Law. Choose to follow the Law of God with the love and joy that grows out of your understanding, and the wisdom and power of God’s spirit will flow through your being.
Reasoning:
If we have been given free will, why should we give in to emotions that have proven to be detrimental to our well-being? Why not choose to be at peace in all situations of challenge, especially since this is the key to wisdom, power and happiness?
Heru Truisms:
I understand that at any time I have the freedom to act as if I have successfully overcome a given emotion.
My freedom to choose is the essence of my divinity.
I will, therefore I am free.
I am never compelled to do anything by my emotions and passion.
God does not compel me to do what is right. How then can the animal within me compel me to do what is wrong. Shall I make Set grater than God?~Ra Un Nefer Amen


My emotions are children of impotent revolt.

I have the freedom to hold myself in check to take a view of the whole before acting.