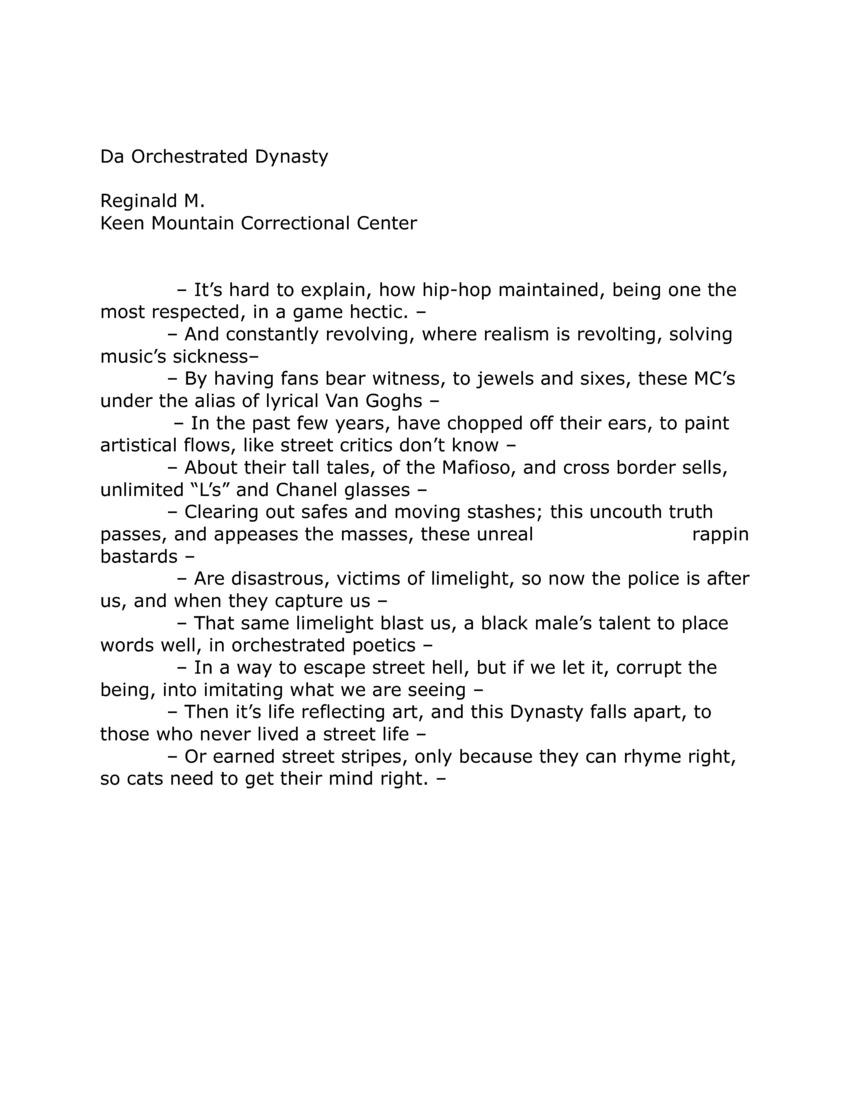 - It's hard to explain, how hip-hop maintained, being one the
most respected, in a game hectic. -
- And constantly revolving, where realism is revolting, solving
music's sickness-
- By having fans bear witness, to jewels and sixes, these MC's
under the alias of lyrical Van Goghs -
-In the past few years, have chopped off their ears, to paint
artistical flows, like street critics don't know -
- About their tall tales, of the Mafioso, and cross border sells,
unlimited "L's" and Chanel glasses -
- Clearing out safes and moving stashes; this uncouth truth
passes, and appeases the masses, these unreal rappin
bastards -
- Are disastrous, victims of lime light, so now the police is after
us, and when they capture us -
- That same limelight blast us, a black male's talent to place
words well, in orchestrated poetics -
- In a way to escape street hell, but if we let it, corrupt the
being into imitating what we are seeing -
- Then it's life reflecting art, and this Dynasty falls apart, to
those who never lived a street life -
- Or earned street stripes, only because they can rhyme right,
so cats need to get their mind right. -