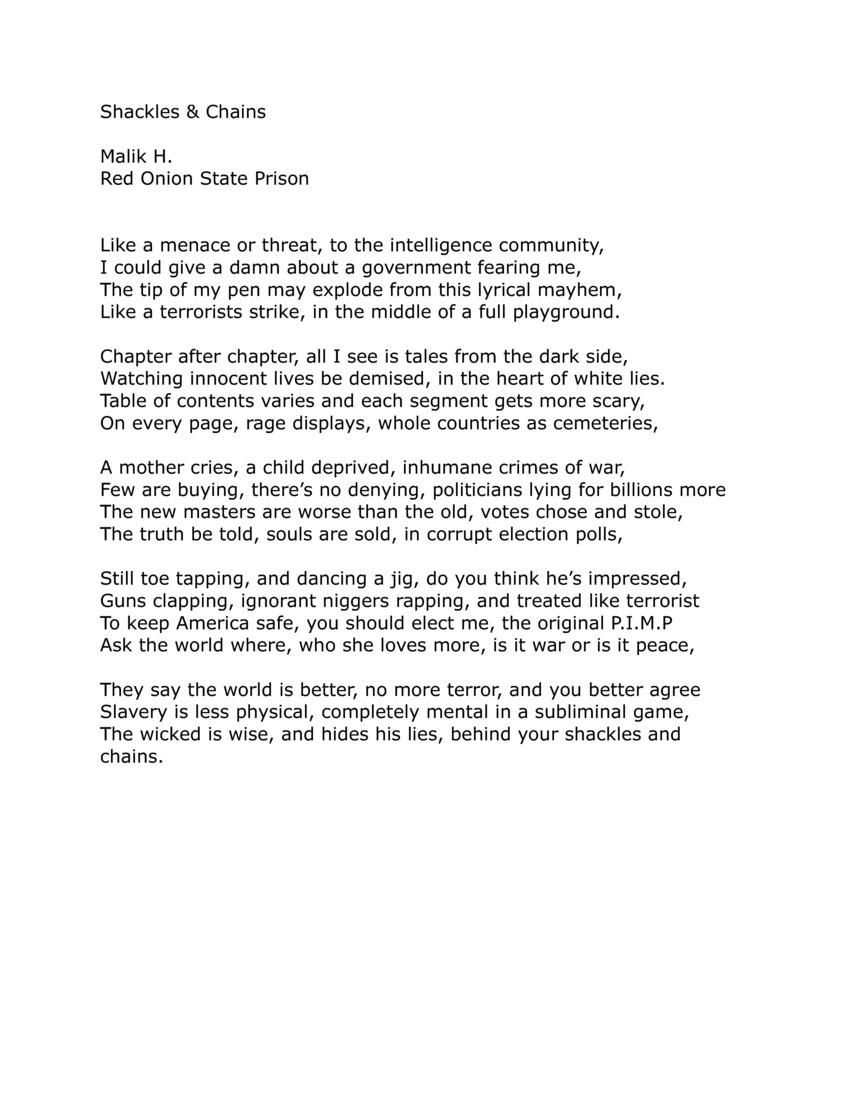 Like a menace or threat, to the intelligence community,
I could give a damn about a government fearing me,
The tip of my pen may explode from this lyrical mayhem,
Like a terrorists strike, in the middle of a full playground.

Chapter after chapter, all I see is tales from the dark side,
Watching innocent lives be demised, in the heart of white lies.
Table of contents varies and each segment gets more scary,
On every page, rage displays, whole countries and cemeteries,

A mother cries, a child deprived, inhumane crimes of war,
Few are buying, there's no denying, politicians lying for billions more
The new masters are worse than the old, votes chose and stole,
The truth be told, souls are sold, in corrupt election polls,

Still toe tapping, and dancing a jig, do you think he's impressed,
Guns clapping, ignorant niggers rapping, and treated like terrorists
To keep America safe, you should elect me, the original P.I.M.P
Ask the world where, who she loves more, is it war or is it peace,

They say the world is better, no more terror, and you better agree
Slavery is less physical, completely mental in a subliminal game,
The wicked is wise, and hides his lies, behind your shackles and
Chains.