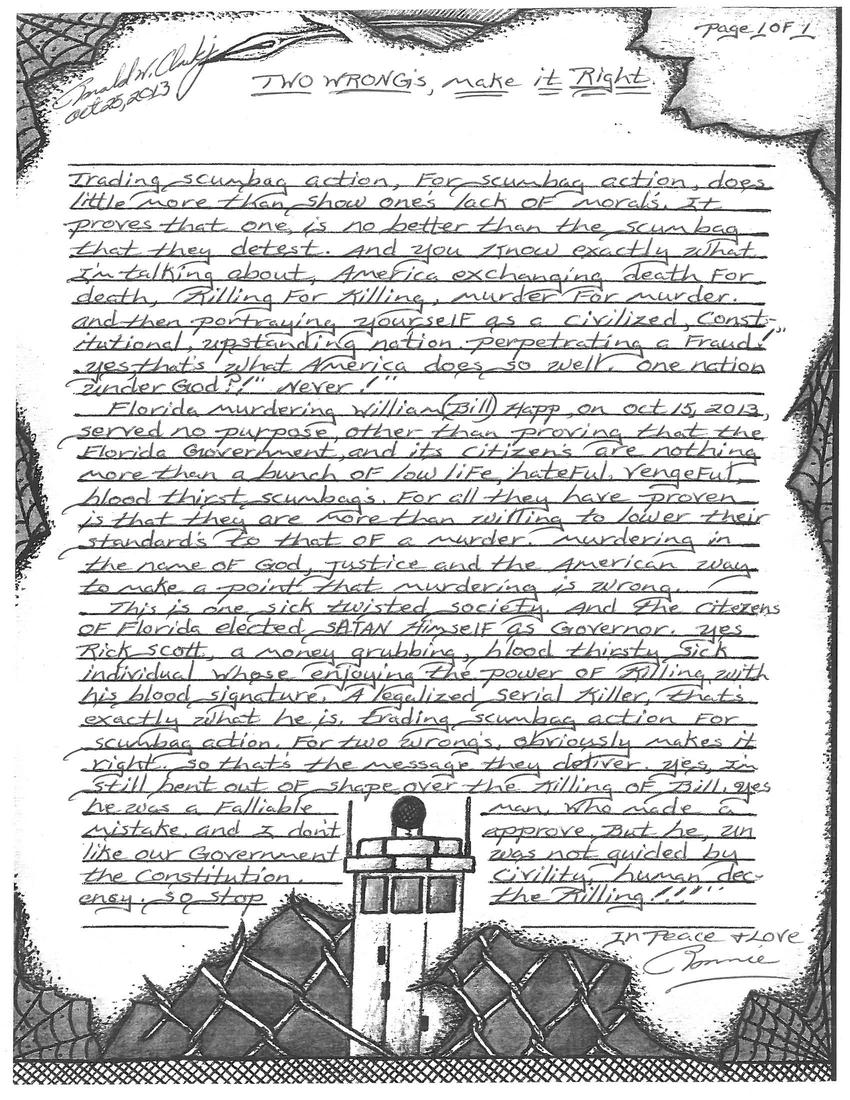 Trading scumbag action, for scumbag action, does little more than show one's lack of moral's. It proves that one is no better than the scumbag that they detest. And you know exactly what I'm talking about,
America exchanging death for death, killing for killing, murder for murder. And then portraying yourself as a civilized, constitutional, upstanding nation perpetrating a fraud! "yes that's what America does
so well. One nation under God?! Never!"
Florida murdering William (Bill) Happ, on Oct 15,2013, served no purpose, other than proving that the Florida Government, and it's citizens are nothing more than a bunch of low life, hateful, vengeful blood
thirsty scumbags. For all they have proven is that they are more than willing to lower their standard's to that of a murder. Murdering in the name of God, justice and the American way to make a point that
murdering is wrong. This is one sick twisted society. And the citezens of Florida elected SATAN Himself as Governor. Yes Rick Scott, a money grubbing, blood thirsty, sick individual whose enjoying the power
of killing with his blood signature, A legalized serial killer, that's exactly what he is. Trading scumbag action for scumbag action. For two wrongs, obviously make it right. So that's the message they deliver.
Yes, I'm still bent out of shape over the killing of Bill, yes he was a falliable man, who made a mistake, and I don't approve but he, un like our Government was not guided by the constitution. Civility, human
decensy. So stop the killing!!!

A mistake is turning right instead of left. A mistake is getting vanilla ice cream instead of chocolate chip. Raping and murdering an innocent 21 year old girl is not a mistake!

Claiming innocence for decades further diminishes the worth of the victim in the eyes of the murderer and last minute admission of guilt will do nothing to prevent their journey into hell.

The death penalty is on the statute book because the citizens of the state agree with it.......as they agree with all other statutes they vote for.

It is, perhaps, understandable for a murderer convicted under that law to cry foul but the vast majority of citizens do not murder or be party to the murder of their fellow man. 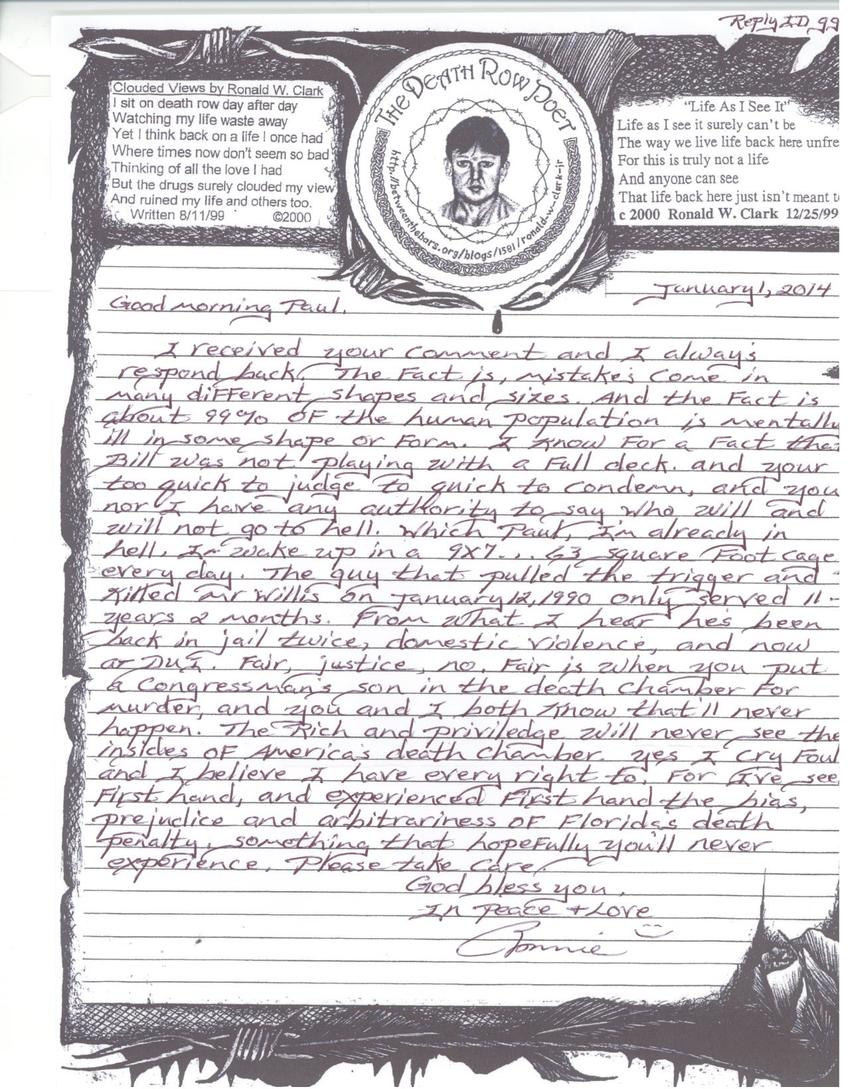 Your claim that Hatch shot Mr. Willis is not supported by the record and you were convicted of the murder. You, like Happ, have been denying it for 24 years. Hatch did not reject his plea deal and served his time.

You also seem to forget your other robbery and murder of Charles Carter. And what is it with you and taking your victims boots? And you talk about fair and justice? You have had years of due process.

Your pal, the sociopath Whittaker, on MB6 currently residing in the Polunsky Unit certainly came from a rich and privileged home. That did not keep him off Death Row for having his mother and brother (and almost his father) slaughtered.
(scanned reply – view as blog post)
uploaded Feb. 25, 2014.  Original (PDF) 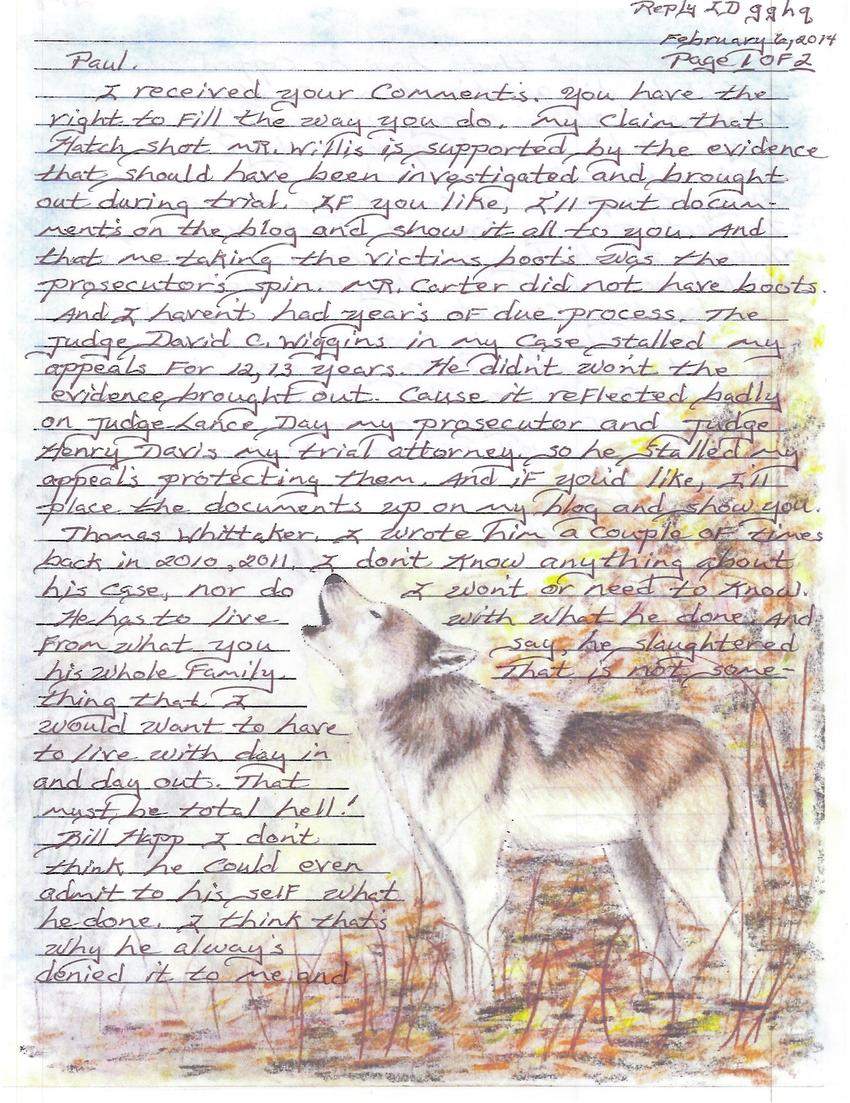 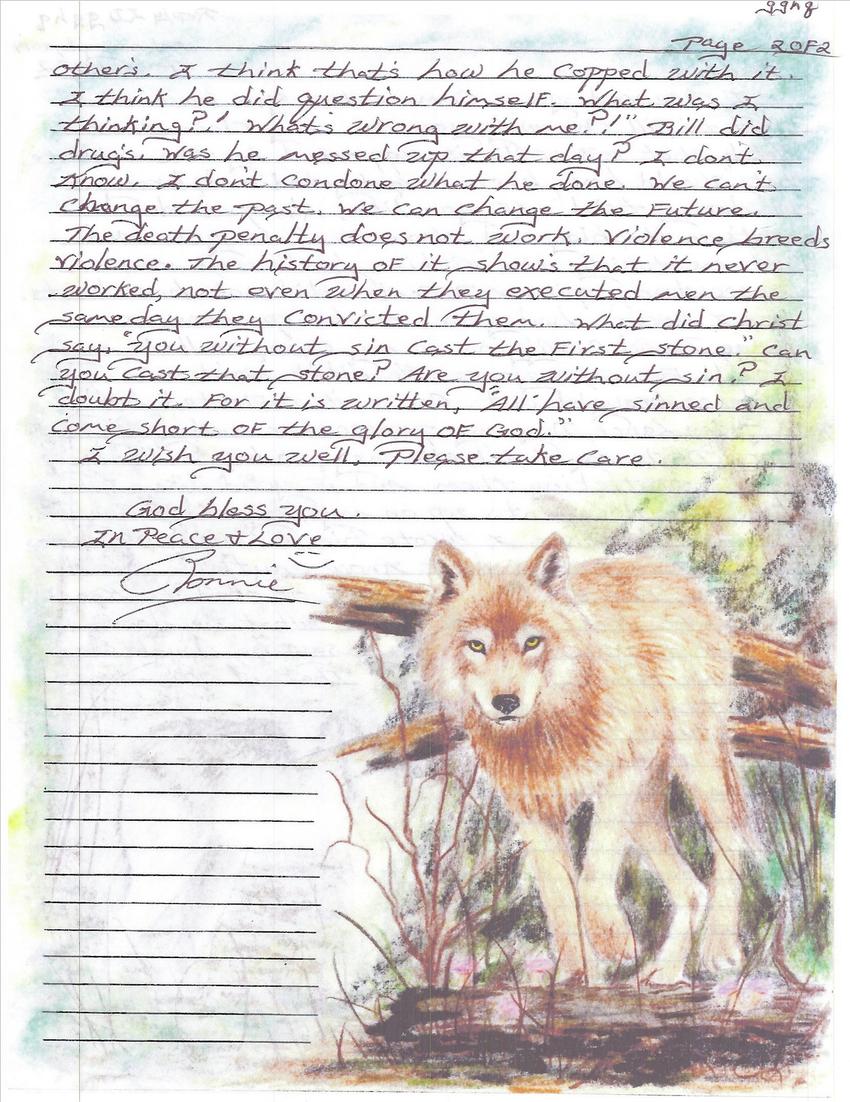