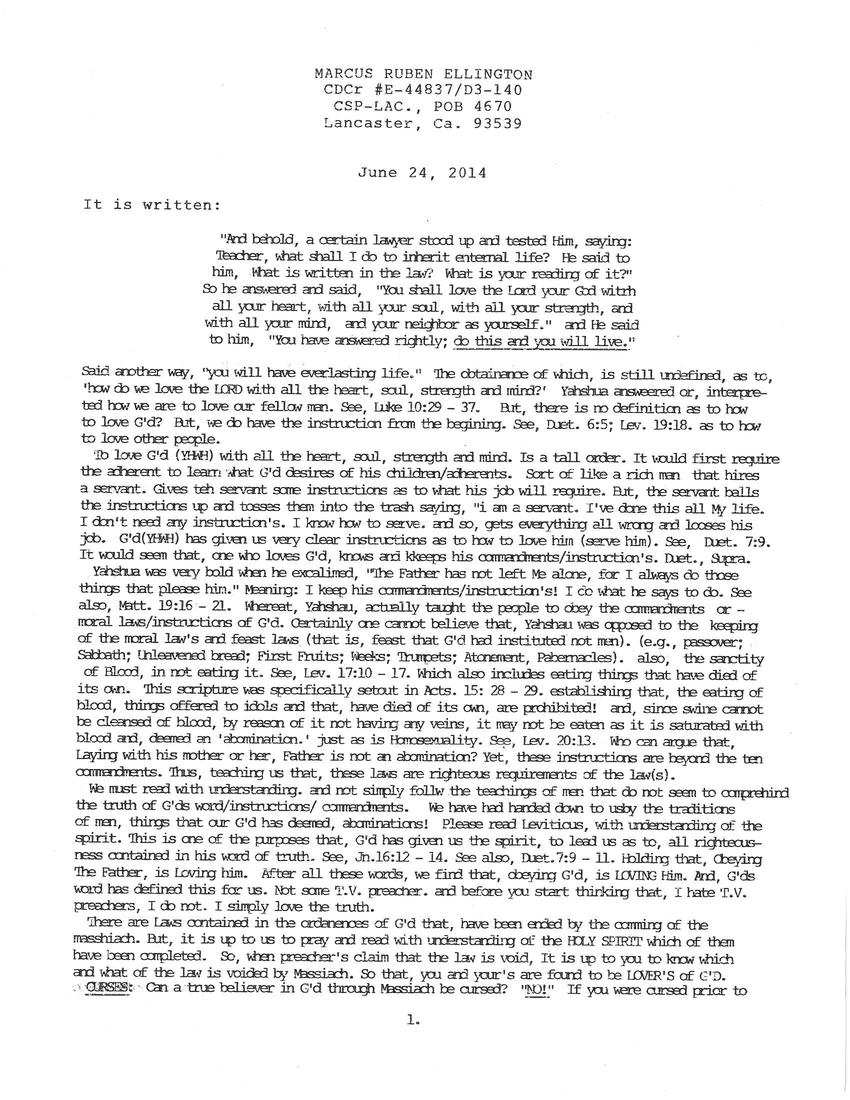 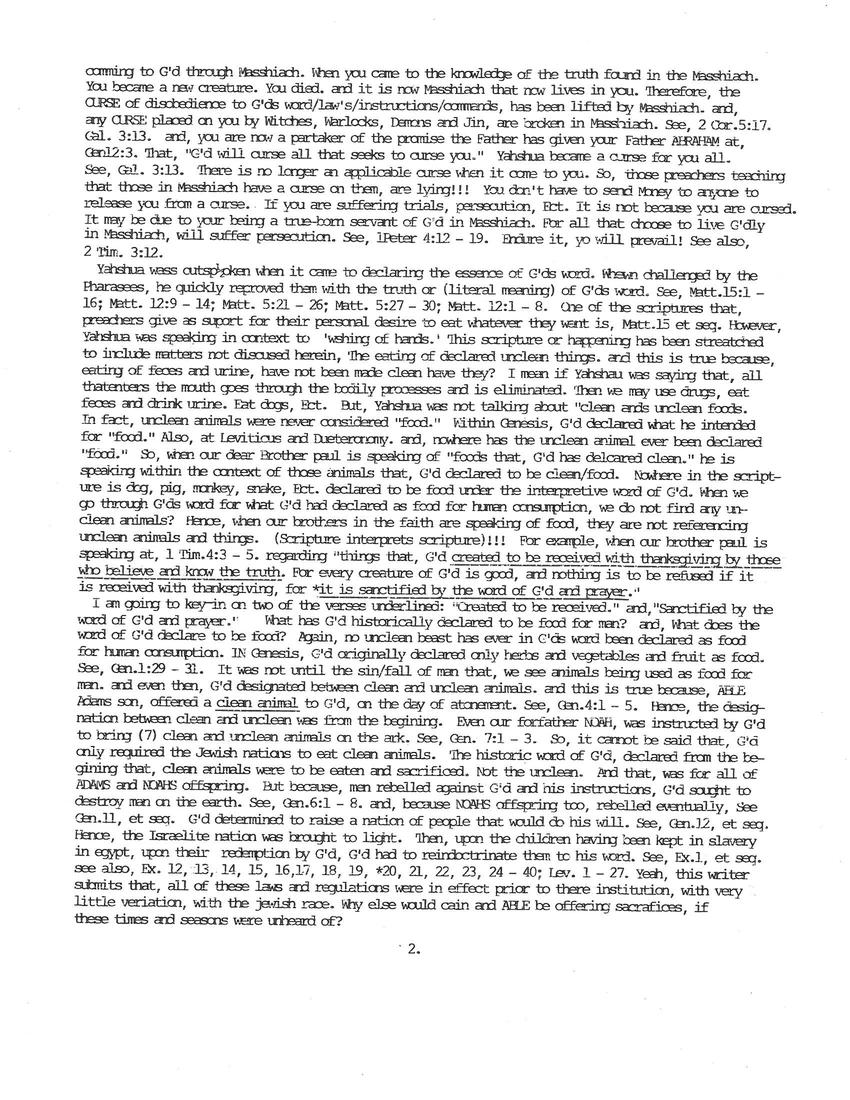 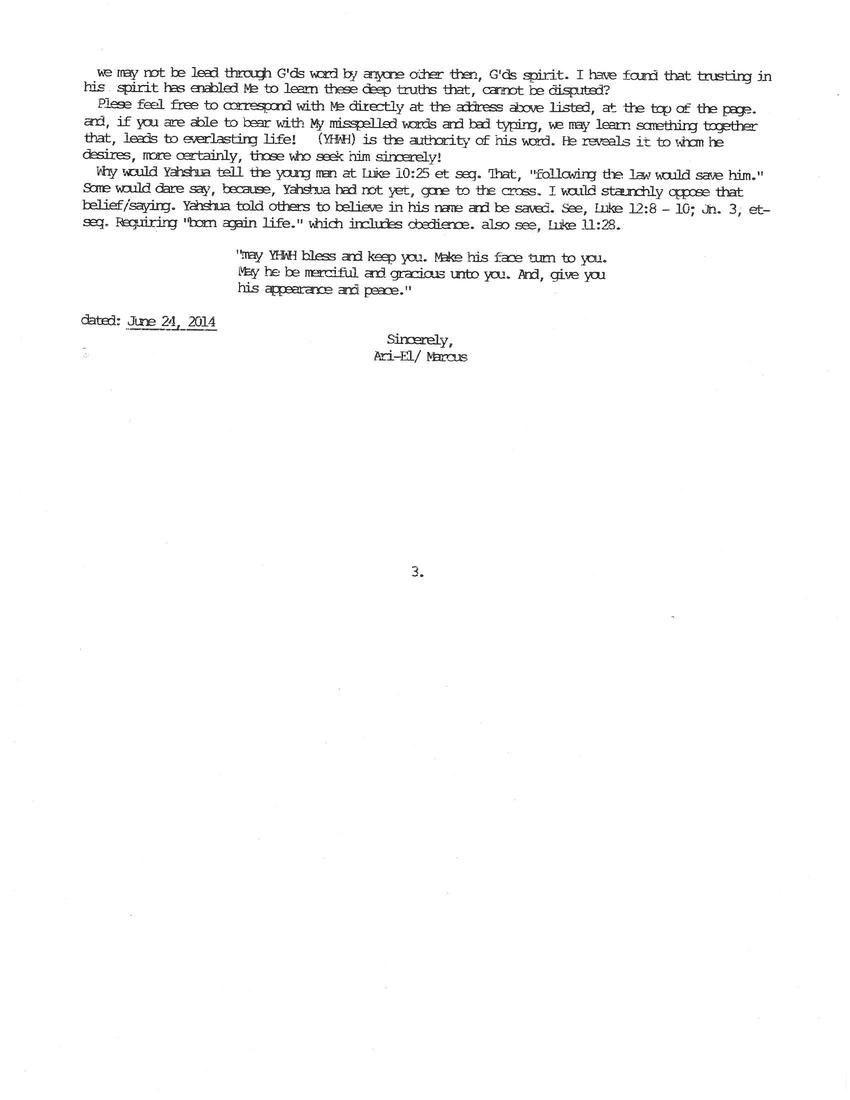 Said another way, "You will have everlasting life." The obtainance of which, is still undefined, as to, 'how do we love the LORD with all the heart, soul, strength and mind?' Yahshua answered or, interpreted how we are to love our fellow men. (See Luke 10:29-37) But, there is no definition as to how to love God? But, we do have the instruction from the beginning. (See Duet. 6:5; Lev. 19:18) as to how to love other people.

To love G'd (YHWH) with all the heart, soul, strength and mind. It is a tall order. It would first require the adherent to learn what G'd desires of hi children/adherents. Sort of like a rich man that hires a servant, gives the servant some instructions as to what his job will require. But, the servant balls the instructions up and tosses them into the trash saying, "I am a servant. I've done this all my life. I don't need any instructions. I know how to serve. And so, gets everything all wrong and loses his job. G'd (YWWH) has given us very clear instructions as to how to love him (serve him). (See Duet. 7:9) It would seem that one who loves G'd, knows and keeps His commandments/instructions. (Duet. Supra.)

Yahshua was very bold when he exclaimed, "The Father has not left me alone, for I always do those things that please him." Meaning: I keep his commandments/instructions! I do what he says to do. (See also Matt. 19:16-21) Whereat, Yahshau, actually taught the people to obey the commandments or moral laws/instructions of G'd. Certainly one cannot believe that Yahshau was apposed to the keeping of the moral laws and feast laws (that is, feast that G'd had instituted, not men). (e.g., Passover; Sabbath; Unleavened Bread; First Fruits; Weeks; Trumpets; Atonement; Tabernacles). Also, the sanctity of Blood, in not eating it. (See Lev. 17:10-17) Which also includes eating things that have died of its own. This scripture was specifically set out in Acts 15:28-29 establishing that the eating of blood, things offered to idols and that have died of its own are prohibited! And since swine cannot be cleansed of blood, by reason of it not having any veins, it may not be eaten as it is saturated with blood and deemed an "abomination" just as is homosexuality. (See Lev. 20:13) Who can argue that laying with his mother or her father is not an abomination? Yet, these instructions are beyond the ten commandments, Thus teaching us that these laws are righteous requirements of the law(s).

We must read with understanding, and not simply follow the teachings of men that do no seem to comprehend the truth of G'd's word/instructions/commandments. We have had handed down to us by the traditions of men things that our G'd has deemed abominations! Please read Leviticus with understanding of the spirit. This is one of the purposes that G'd has given us the spirit, to lead us as to all righteousness contained in is word of truth. (See Jn. 16;12-14) (See also Duet. 7:9-11) Holding that obeying the Father is loving him. After all these words we find that obeying G'd is LOVING Him. And G'd's word has defined this for us. Not some TV preacher, and before you start thinking that I hate TV preachers, I do not. I simply love the truth.

There are Laws contained in the ordinances of G'd that have been ended by the coming of the masshiach, but it is up to us to pray and read with understanding of the HOLY SPIRIT which of them have been completed. So when the preachers claim that the law is void, it is up to you to know which and what of the law is voided by Massiach so that you and yours are not found to be LOVERS of G'D.

CURSES: Can a true believer in G'd through Massiach be cursed? "NO!" If you were cursed prior to coming to G'd through Masshiach. When you came to the knowledge of the truth found in the Mashiach you became a new creature. You died, and it is now Masshiach that now lives in you. Therefore, the CURSE of disobedience to G'd's word/laws/instructions/commands, has been lifted by Masshiach and any CURSE placed on you by Witches, Warlocks, Demons and Jin are broken in Masshiach. (See 2 Cor. 5:17, Gal 3:13) And you are now a partaker of the promise the Father has given your Father ABRAHAM at Gen 12:3 that "G'd will curse all that seeks to curse you." Yahshua became a curse for you all. (See Gal. 3:13) There is no longer an applicable curse when it comes to you. So those preachers teaching that those in Masshiach have a curse on them are lying!!! You don't have to send money to anyone to release you from a curse. If you are suffering trails, persecution, etc., it is not because you are cursed. It may be due to your being a true born servant of G'd in Masshiach. For all that choose to live G'dly in Masshiach will suffer persecution. (See 1 Peter 4:12-19) Endure it, you will prevail! (See also 2 Tim. 3:12)

Yahshua was outspoken when it came to declaring the essence of G'ds word. When challenged by the Pharasees he quickly reproved them with the truth or literal meaning of G'd's word. (See Matt. 15 et seq.) However, Yahshua was speaking in context to "washing of hands". This scripture or happening has been stretched to include matters not discussed herein, the eating of declared unclean things and this is true because eating of feces and urine have not been made clean have they? I mean if Yahshau was saying that all that enters the mouth goes through the bodily processes and is eliminated. Then we may use drugs, eat feces and drink urine, eat dogs, etc. But Yahshua was not talking about clean and unclean foods. In fact, unclean animals were never considered "food". Within Genesis G'd declared what he intended for "food". Also at Leviticus and Dueteronomy and nowhere has the unclean animal ever been declared "food". So when our dear brother Paul is speaking of "foods that G'd has declared clean" he is speaking within the context of those animals that G'd declared to be clean/food. Nowhere in the scripture is dog, pig, monkey, snake, etc, declared o be food under the interpretive word of G'd. When we go through G'd's word for what G'd had declared as food for human consumption, we do not find any unclean animals. Hence, when our brothers in the faith are speaking of food, they are not referencing unclean animals and things. (Scripture interprets scripture!!!) For example, when our brother Paul is speaking at 1 Tim. 4:3-5 regarding "things that G'd created to be received with thanksgiving by those who believe and know the truth. For every creature of G'd is good, and nothing is to be refuse if it is received with thanksgiving", for it is sanctified by the word of G'd and prayer.

I am going to key in on two of the verses underlined: "created to be received" and "sanctified by the word of G'd and prayer". What has G'd historically declared to be food for man? And what does the word of G'd declare to be food? Again, no unclean beast has ever in G'd's word been declared as food for human consumption. In Geneses G'd originally declared only herbs and vegetables and fruit as food. (See Gen 1:29-31) It was not until the sin/fall of man that we see animals being used as food for man, and even then G'd designated between clean and unclean animals, and this is true because ABEL, Adam's son, offered a clean animal to G'd on the day of atonement. (See Gen. 4:1-5) Hence, the designation between clean and unclean was from the beginning. Even our forefather NOAH was instructed by G'd to bring 7 clean and unclean animals on the ark. (See Gen 7:1-3) So it cannot be said that G'd only required the Jewish nations to eat clean animals. The historic word of G'd declared from the beginning that clean animals were to be eaten and sacrificed, not the unclean, and that was for all of ADAM's and NOAH's offspring. But because men rebelled against G'd and His instructions, G'd sought to destroy man on the earh. (See Gen. 6:1-8) And because NOAH's offspring too rebelled eventually, (See Gen. 11 et seg.) G'd determined to raise a nation of people that would do his will. (See Gen. 12 et seq.) Hence, the Israelite nation was brought to light. Then upon the children having been kept in slavery in Egypt, upon their redemption by G'd, G'd had to re-indoctrinate them to his word. (See Ex. 1 et seq. See also Ex. 12, 13, 14, 15, 16, 17, 18, 19, 20, 21, 22, 23, 24-40; Lev. I-27) Yeah, this writer submits that all of these laws and regulations were in effect prior to their institution, with very little variation, with the Jewish race. Why else would Cain and ABLE be offering sacrifices if thee times and seasons were unheard of?

We may not be lead through G'd's word by anyone than G'd's spirit. I have found that trusting in his spirit has enabled me to learn these deep truths that cannot be disputed.

Please feel free to correspond with me directly at the address above listed at the top of the page, and if you are able to bear with my misspelled words and bad typing, we may learn something together that leads to everlasting life! YHWH is the authority of his word. He reveals it to whom he desires, more certainly, those who seek him sincerely!

Why would Yahshua tell the young man at Luke 10:25 et seq. that "following the law would save him"? Some would say because Yahshua had not yet gone to the cross. I would staunchly oppose that belief/saying. Yahshua told others to believe in his name and be saved. See Luke 12:8-10 and Jn. 3 et seq. requiring "born again life" which includes obedience. (Also see Luke 11:28)

"May YHWH bless and keep you. Make his face turn to you. May he be merciful and gracious unto you. And give you his appearance and peace."