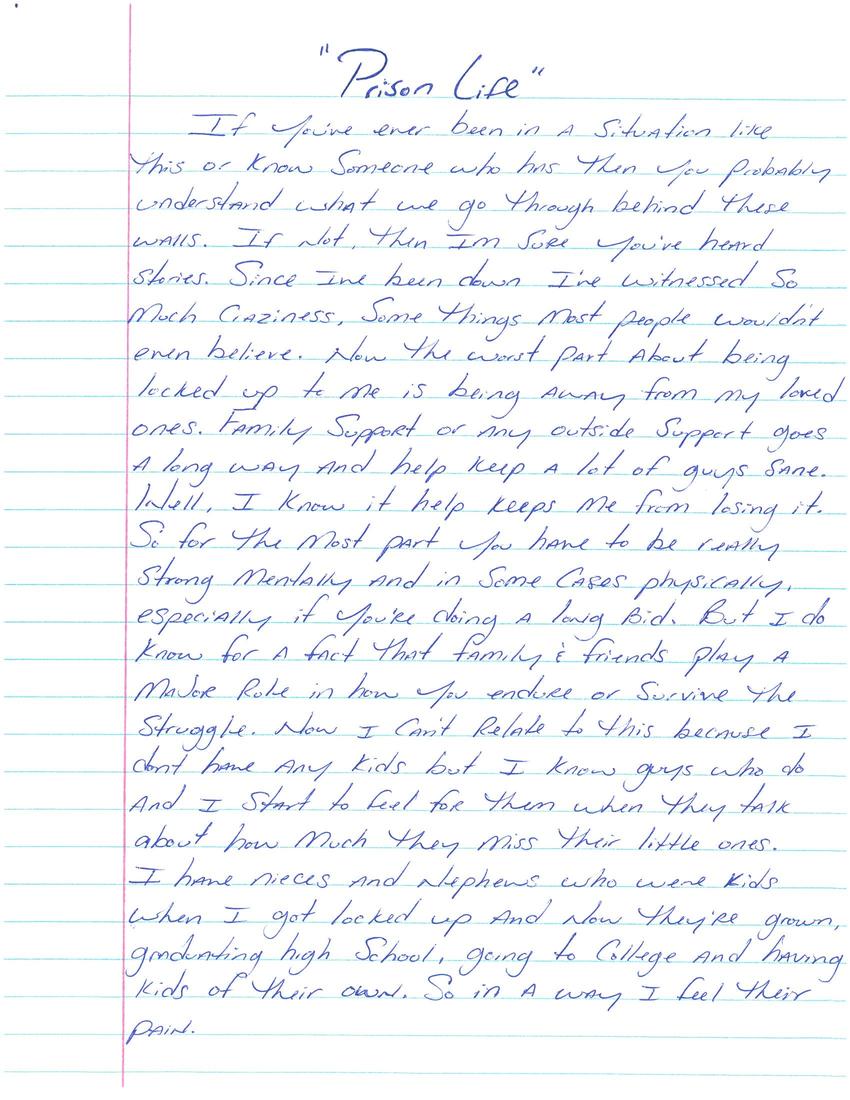 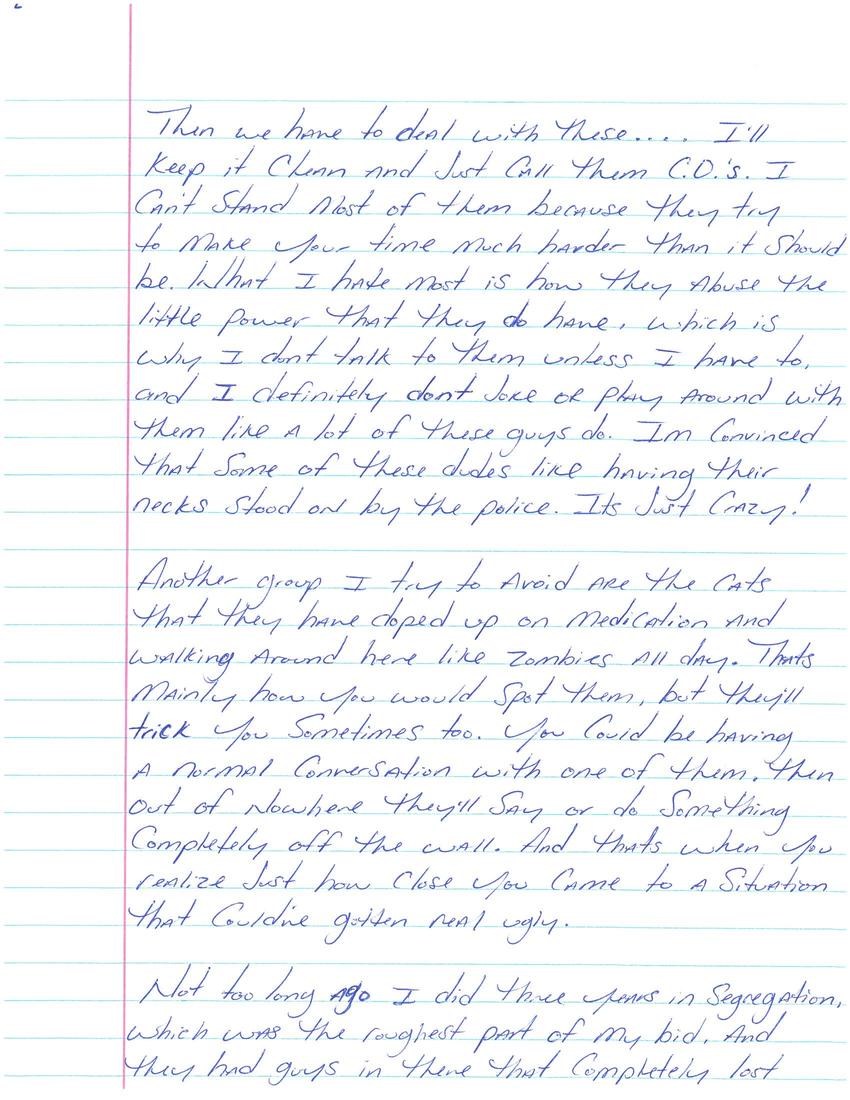 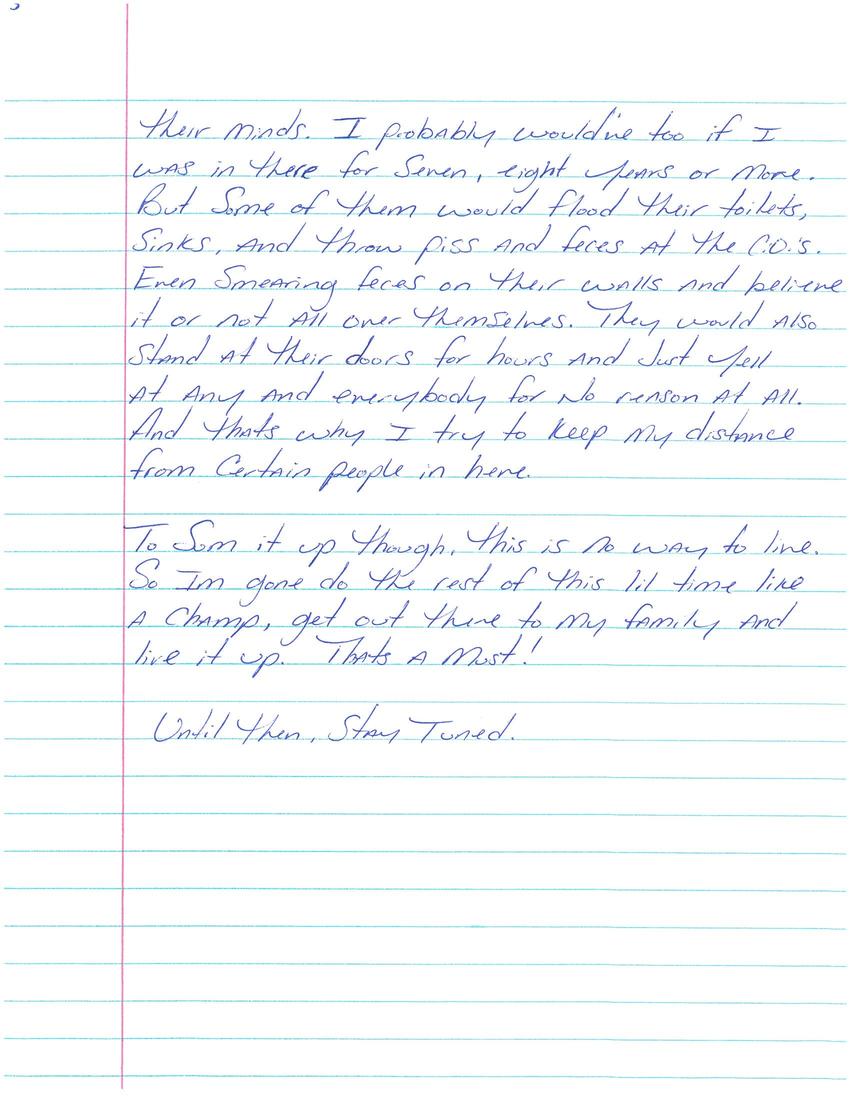 If you've ever been in a situation like this or know someone who has, then you probably understand what we go through behind these walls. If not, then I'm sure you've heard stories. Since I've been down, I've witnessed so much craziness. Some things most people wouldn't even believe.

Now, the worst part about being locked up to me is being away from my loved ones. Family support or my outside support goes a long way and helps keep a lot of guys sane. Well, I know it helps keep me from losing it. So for the most part, you have to be really strong mentally and in some cases physically. Especially if you're doing a long bid. But I do know for a fact that family and friends play a major role in how you endure or survive the struggle. Now, I can't relate because I don't have any kids but I know guys who do and I start to feel for them they talk about how much they miss their little ones. I have nieces and nephews who were kid when I got locked up and now they're grown, graduating high school, going to college, and having kids of their own. So, in a way, I feel their pain.

Then we have to deal with those... I'll keep it clean and just call them C.D.'s. I can't stand most of them because they try to make your time much harder than it should be. What I hate the most is how they abuse what little power they do have, which is why I don't talk to them unless I have to. And I definitely don't joke or play around with them like a lot of these guys do. I'm convinced that some of those dudes like having their necks stood on by the police. It's just crazy!

Another group I try to avoid are the cats that they have doped on medication and walking around here like zombies all day. That's mainly how you would spot them, but they'll trick you sometimes too. You could be having a normal conversation with one of them. Then out of nowhere, they'll say or do something completely off the wall. And that's when you realize just how close you came to a situation that could've gotten real ugly.

Not too long ago, I did three years in segregation which was the roughest part of my bid. And they had guys in there that completely lost their minds .I probably would've too if I was in there for seven, eight years or more. But some of them would flood their toilets, sinks, and throw piss or feces at the C.D.'s. Even smearing feces on their walls and, believe it or not, all over themselves. They would also stand at their doors for hours and just yell at any and everybody for no reason at all. And that's why I try to keep my distance from certain people in here.

To sum it up though, this is no way to live. So I'm gone do the rest of this lil' time like a champ, get out there to my family, and live it up. That's a must!

Until then, stay tuned.