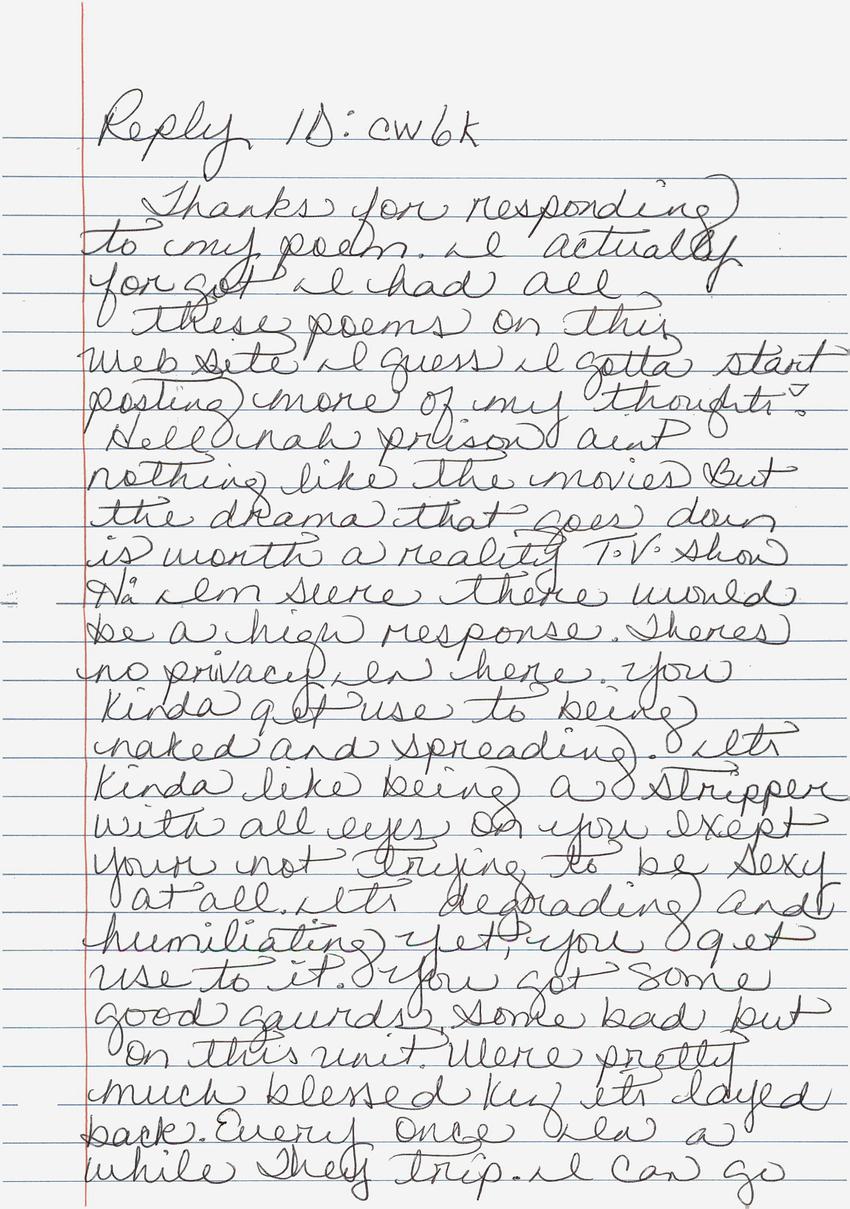 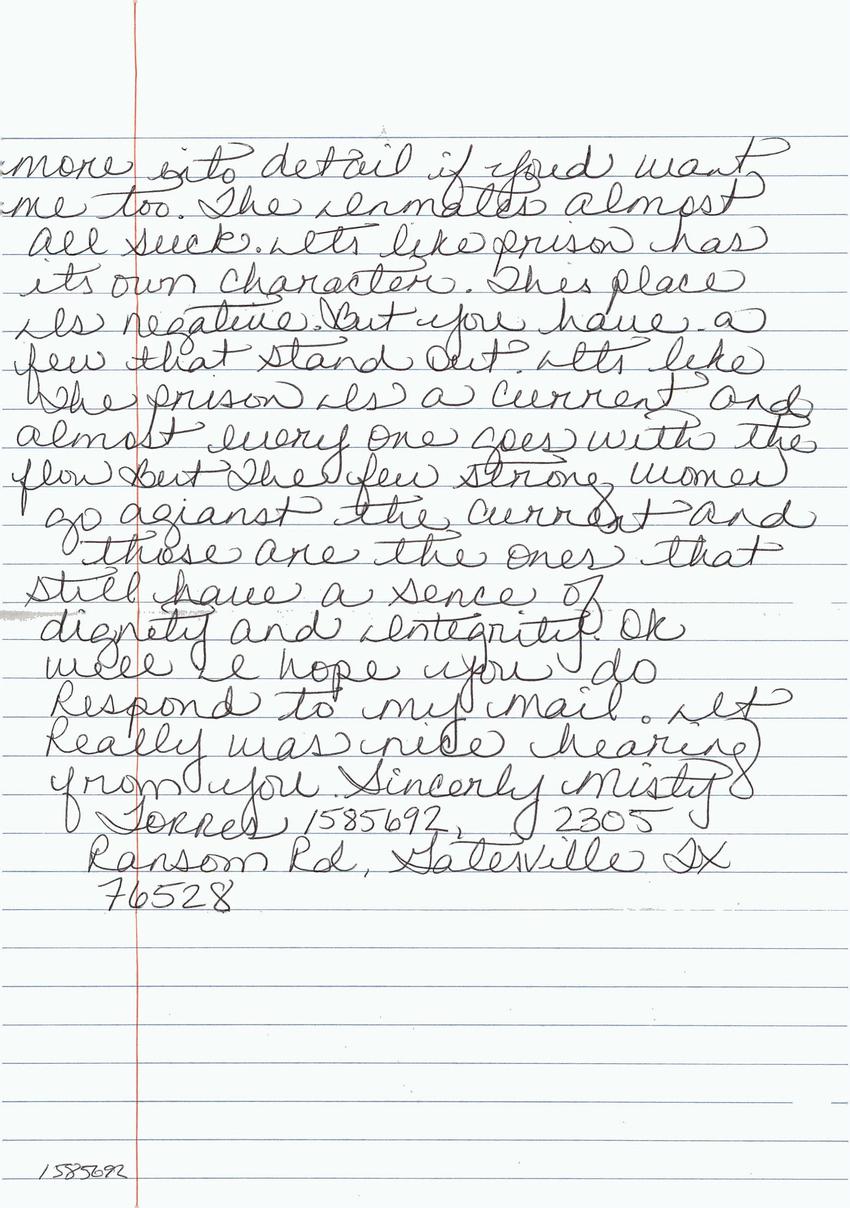 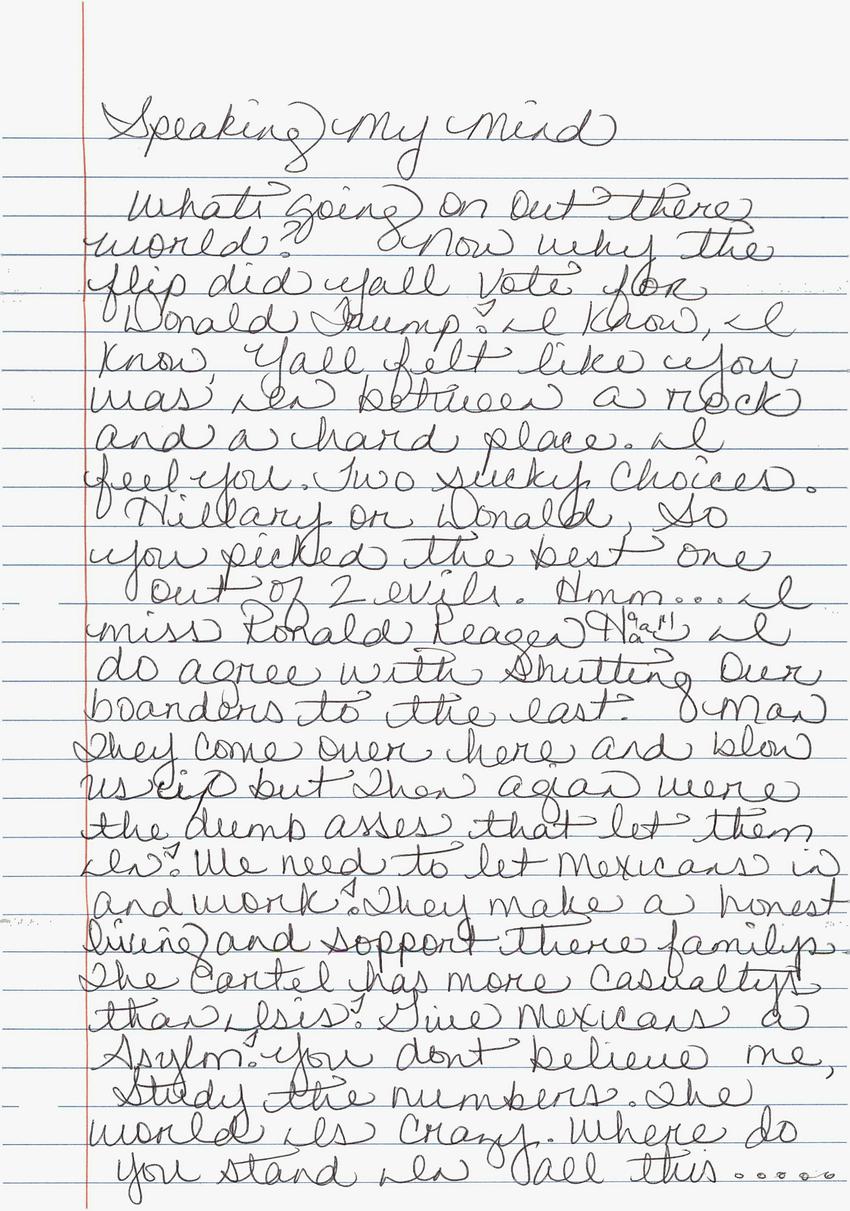 Reply ID: cw6k
Thanks for responding to my poem. I actually forgot I had all these poems on the website. I guess I gotta start posting more of my thoughts!

Hell, nah. Prison ain't nothing like the movies. But the drama that goes down is worth a reality TV show. Ha, I'm sure there would be a high response. There's no privacy in here. You kinda get used to being naked and spreading. It's kinda like being a stripper with all eyes on you except you're not trying to be sexy at all. It's degrading and humiliating, yet you get used to it.

You got some good guards, some bad. But on this unite, we're pretty much blessed. It's laid back. Every once in a while, they trip. I can go into more detail if you want me to.

The inmates almost all suck. It's like prison has its own character. This place is negative. But you have a few that stand out. It's like the prison is a current and almost every one goes with the flow. But the few strong women go against the current and those are the ones who still have a sense of dignity and integrity.

Okay, well, I hope you do respond to my mail. It really was nice hearing from you.

Speaking My Mind
What's going on out there, world?

Now, why the flip did y'all vote for Donald Trump? I know, I know—y'all felt like you was in between a rock and a hard place. I feel you. Two sucky choices: Hillary or Donald. So you picked the best one out of the two. Hmm... I miss Ronald Reagan. Haha! :)

I do agree with shutting our boarders to the east. Man, they come over here and blow us up. But then again, we're the dumbasses who let them in! We need to let Mexicans in and work! They make an honest living and support their families. The Cartel has more casualties than ISIS! Give Mexicans an asylum. You don't believe me? Study the numbers.

The world is crazy. Where do you stand in all of this?