A cry for legal assistance 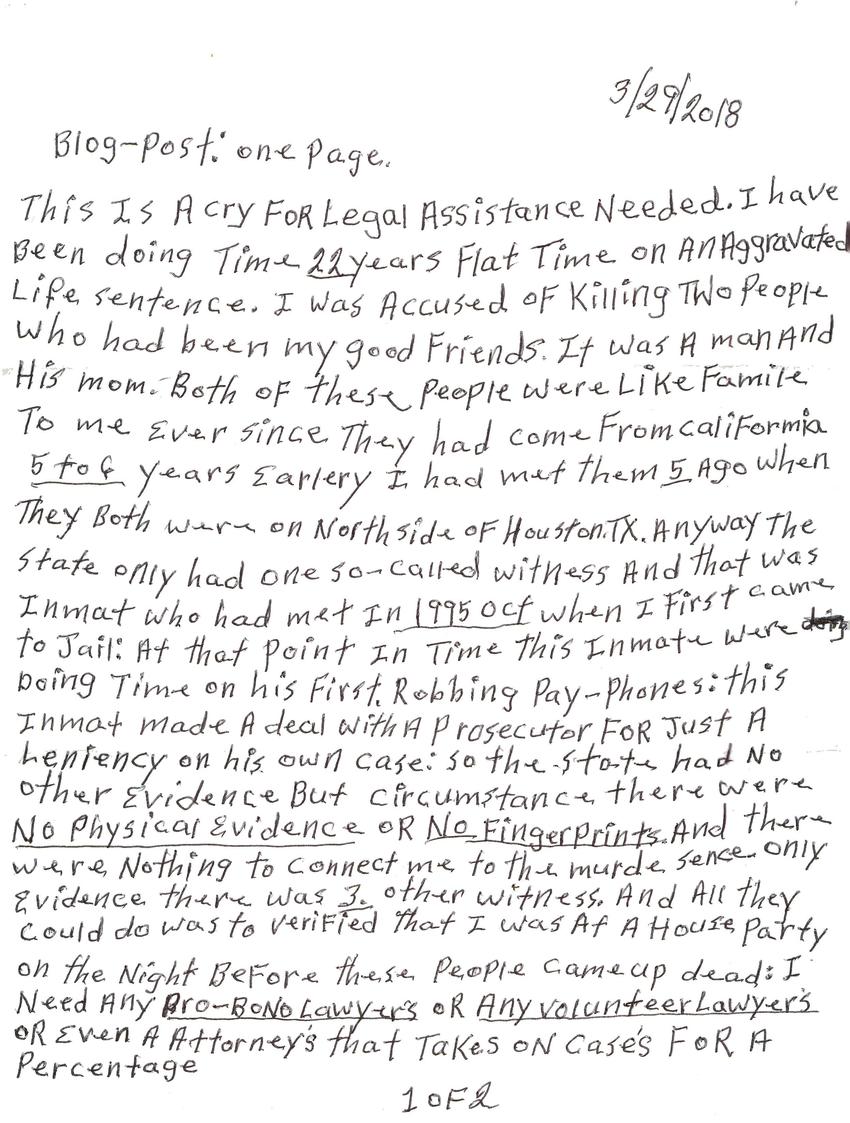 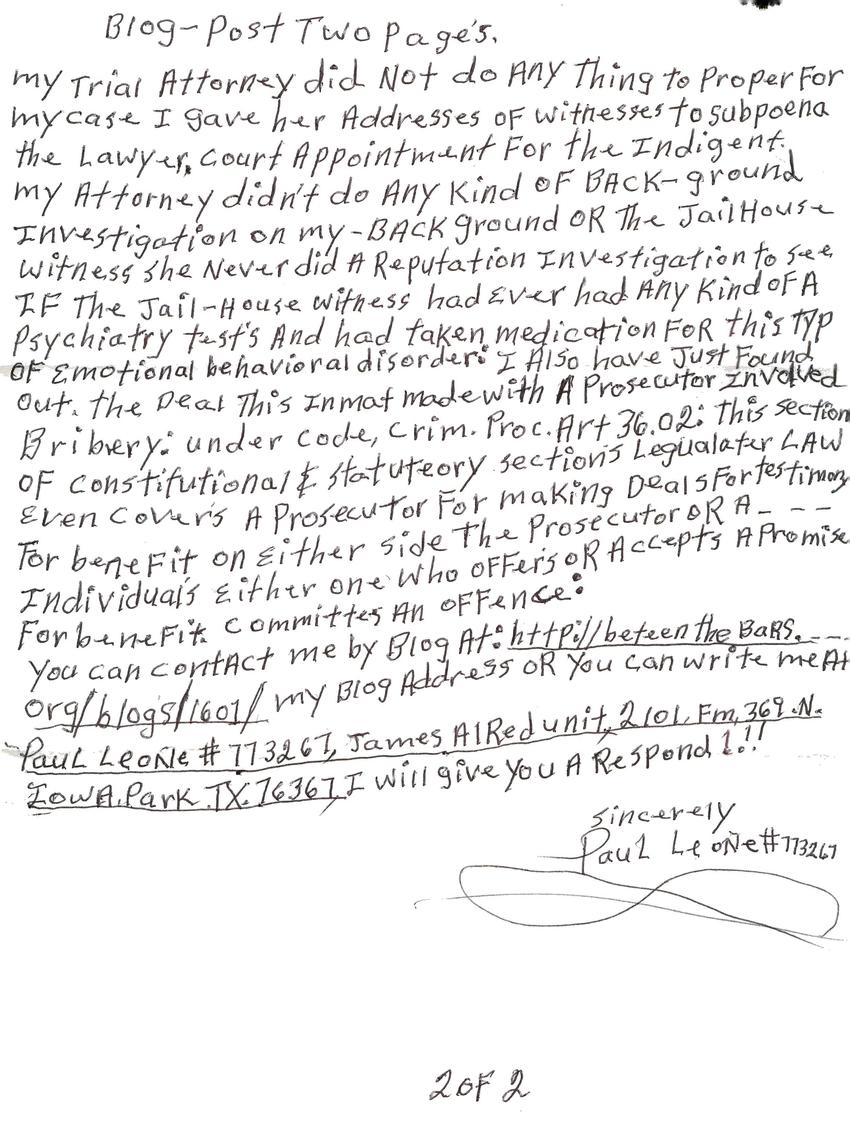 This is a cry for legal assistance.

I have been doing time for twenty-two years flat time on an aggravated life sentence. I was accused of killing two people whom had been my good friends. It was a man and his mom. Both of these people were like family to me ever since they had come from California five to six years earlier. I had met them five years ago when they were both on the north side of Houston, TX.

Anyway, the state only had one so-called witness and that was an inmate who I had met in Oct. 1995 when I first came to jail. At that point in time, this inmate was doing time for his first: robbing pay phones. This inmate made a deal with a prosecutor for leniency on his own case. The state had no other evidence but circumstantial. There was no physical evidence nor fingerprints, and there was nothing to connect me to the murder scene. There only evidence was three other witnesses, and all they could do was verify that I was at a house party on the night before these people came up dead.

I need any pro-bono lawyers or any volunteer lawyers or even an attorney who takes on cases for a percentage.

My trial attorney did not do anything proper for my case. I gave her addresses of the witnesses to subpoena the lawyer. Court appointment for the indigent. My attorney didn't do any kind of background investigation on me or the jailhouse witness. She never did a reputation investigation to see if the jailhouse witness ever had any kind of psychiatric test or medications for this type of emotional behavioral disorder.

I also found out that the deal this inmate made with a prosecutor involved bribery. Under code, crim. proc. Art 36.02: this section of constitutional and statutory sections regulates law even covers a prosecutor for making deals for testimonies to the benefit of either side, the prosecutor or individuals either one who offers or accepts a promise for benefits commits an offense.

Or you can write me at: https://betweenthebars.org/blogs/1601/paul-leone

I will give you a response!