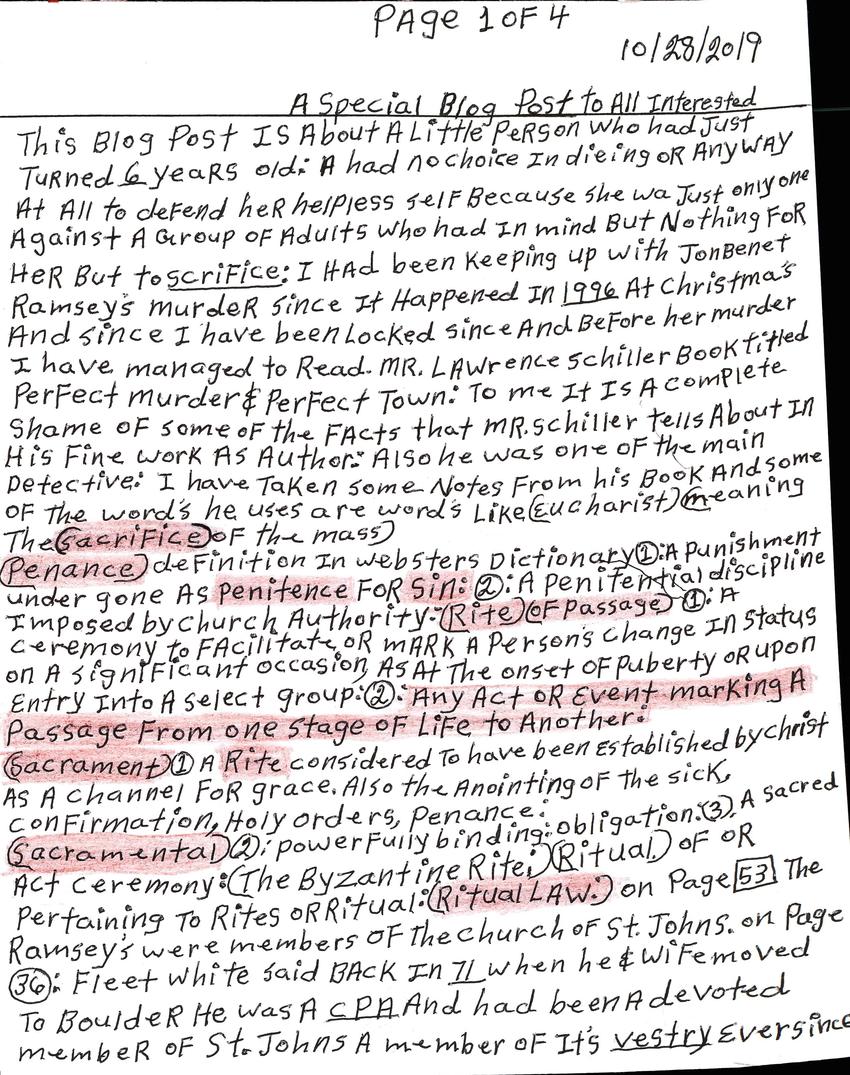 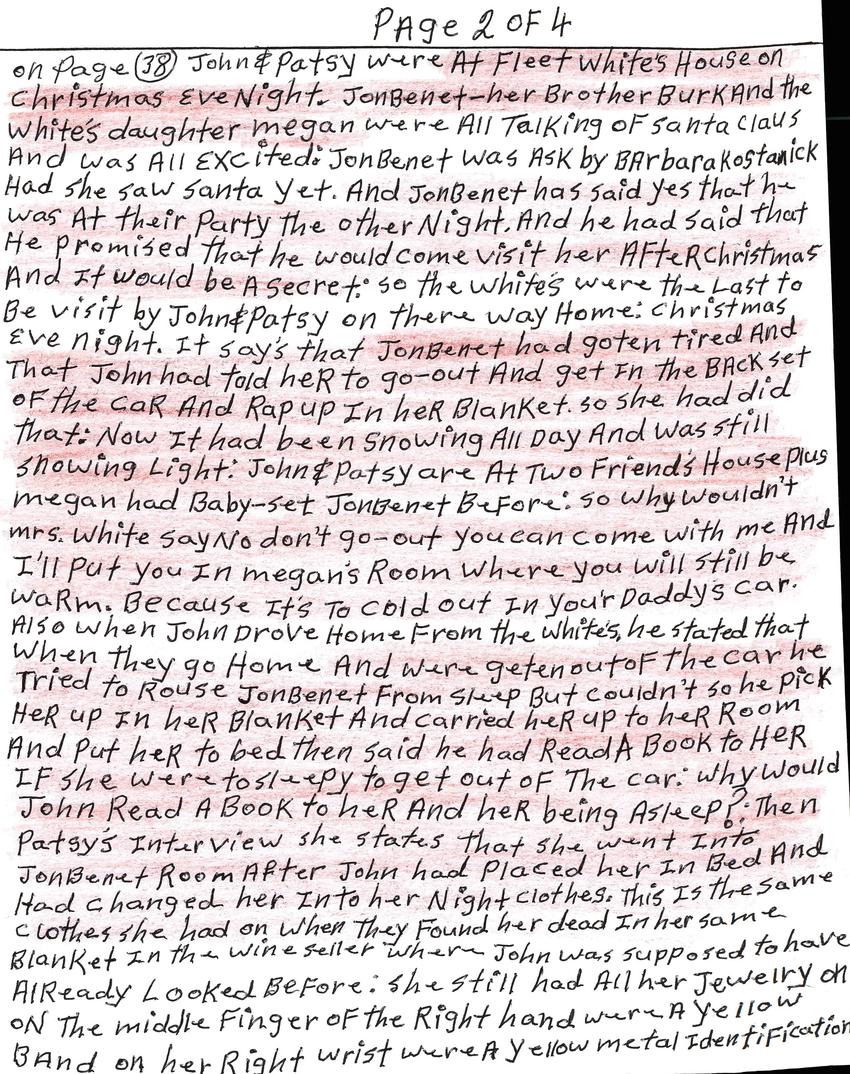 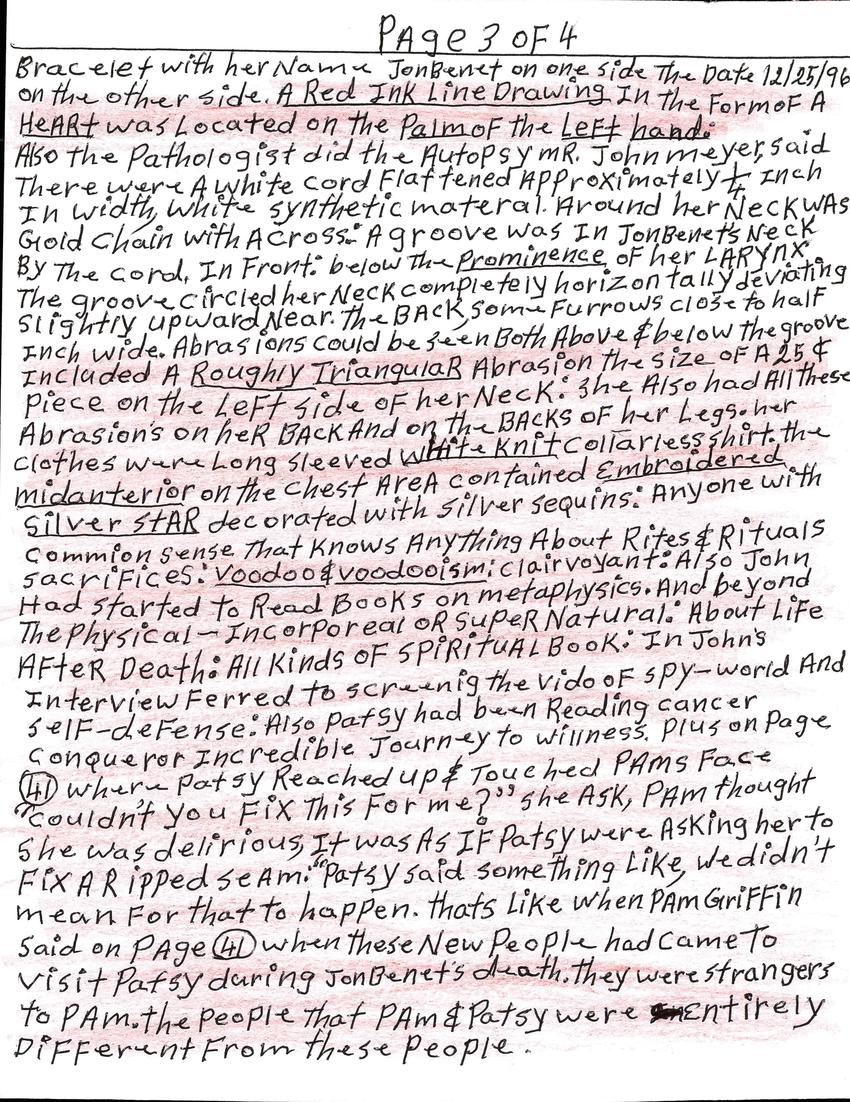 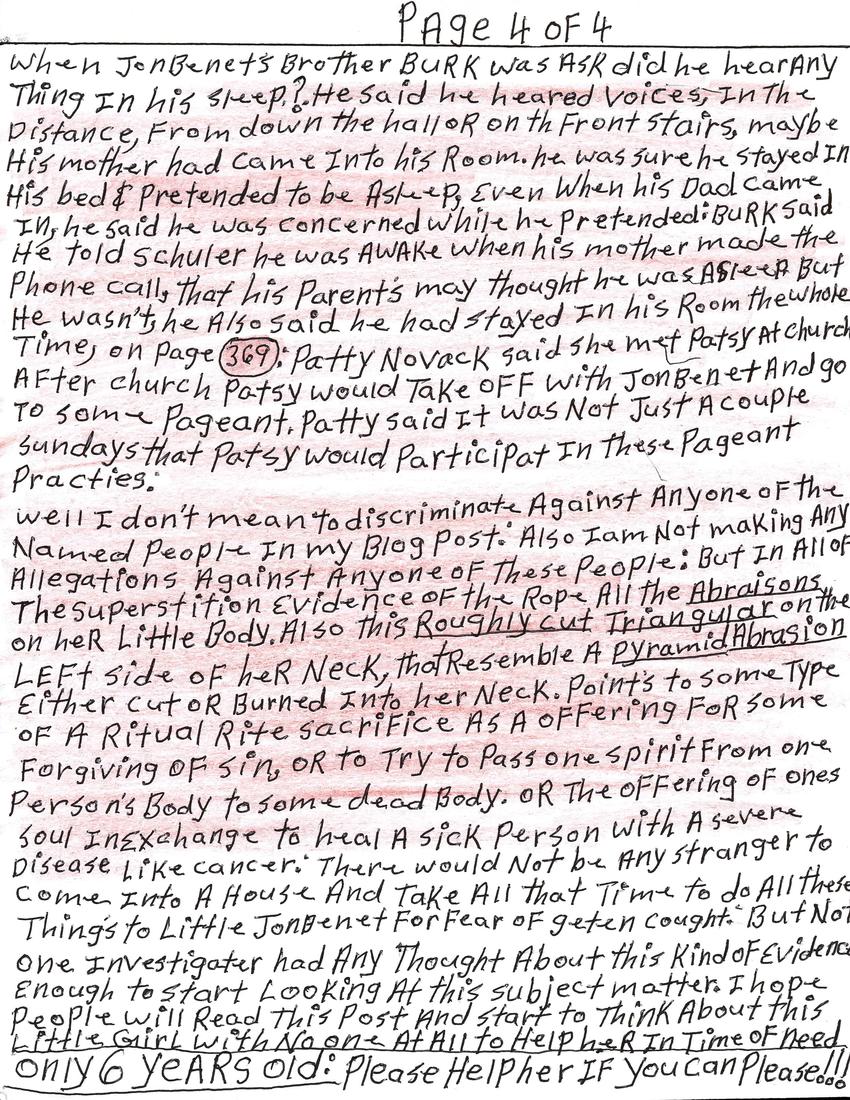 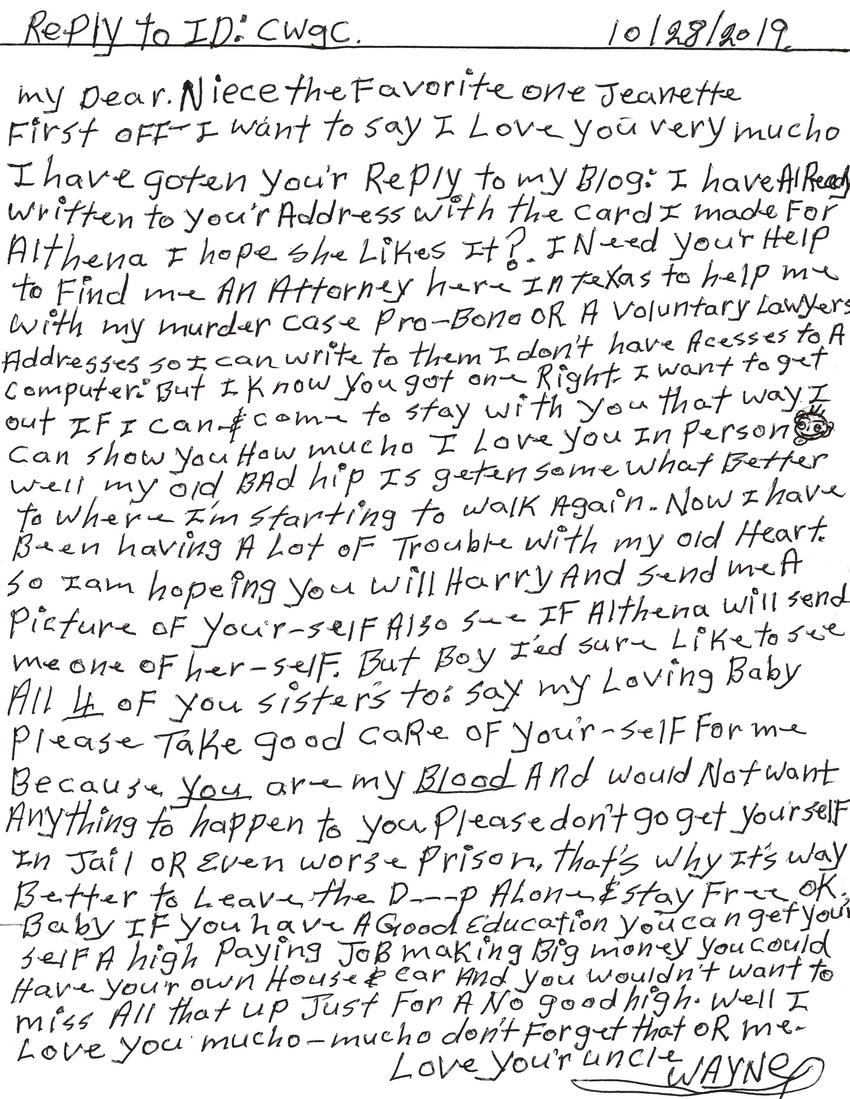 This blog post is about a little person who had just turned 6 years old. A had no choice in dying or any way at all to defend her helpless self because she was just only one against a group of adults who had in mind but nothing for her but to sacrifice. I had been keeping up the JonBenet Ramsey's murder since it happened in 1996 at Christmas and since I have been locked since. And before her murder I have managed to read Mr. Lawrence Schiller's book titled "Perfect Murder & Perfect Town." To me it is a complete shame of some of the facts that Mr. Schiller tells about in his fine work as author. Also he was on of the main detectives. I have taken some notes from his book and some of the words he used are words like (eucharist)(meaning the (sacrifice) of the mass)

(Penance) definition in Webster's Dictionary; (1): A punishment undergone as penitence for sin; (2): A penitential discipline imposed by church authority;
(Rite)(of passage); 1): A ceremony to facilitate or mark a persons's change in status on a significant occasion, as at the onset of puberty or upon entry into a select group; 2): Any act or event marking a passage from one stage of life to another.

(Sacrament); 1): A rite considered to have been established by Christ as a channel for grace. Also the annointing of the sick, confirmation, Holy orders, penance.
(Sacramental); 2): Powerfully binding, obligation; 3): A sacred act ceremony (The Byzantine Rite)(Ritual) of or pertaining to rites or ritual (Ritual Law) on page 53. The Ramsey's were member of the Church of St Johns on page 36. Fleet white said back in 71 when he and wife moved to Boulder he was a CPA and has been a devoted member of St. Johns. A member of its vestry ever since on page 38. John and patsy were at Fleet White's house on Christmas Eve Night. JonBenet, her brother Burk and the White's daughter Megan were all talking of Santa Clause and was all excited. JonBenet was asked by Barbara Kostanick had she saw Santa yet. And JonBenet has said yes that he was at their party the other night, and he has said that he promised that he would come visit her after Christmas and it would be a secret. So the White's were the last to be visit by John and Patsy on their way home Christmas Eve Night. It says that JonBenet had gotten tired and that John had told her to go out and get in the back seat of the car and wrap her up in her blanker. So she did that. Now it had been snowing all day and was still snowing light. John and Patsy are at two friends house plus Megan had babysat JonBenet before. So why wouldn't Mrs. White say no, don't go out you can come with me and I'll put you in Megan's room where you will still be warm. Because it's too cold out in your daddy's car. Also when John drove home from the White's, he stated that when they go home and got out of the car he tried to rouse JonBenet from sleep but couldn't, so he picked her up in her blanket and carried her up to her room and put her to bed, then said he had read a book to her. If she were too sleepy to get out of the car, why would John read a book to her, her being asleep? Then Patsy's interview she states that she went into JonBenet's room after John had placed her in bed and had changed her into her night clothes. This is the same clothes she had on when they found her dead in her same blanket in the wine cellar where John was supposed to have already looked before. She still had all her jewelry on. On the middle finger of the right hand was a yellow band, on her right wrist was a yellow metal identification bracelet with her name JonBenet on one side, the date 12/25/96 on the other side. A red ink line drawing in the form of a heart was located on the palm of the left hand. Also the pathologist did the autopsy, Mr. John Meyers said. There was a white cord flattened approximately 1/4 inch in width, white synthetic material. Around her neck was gold chain with a cross. A groove was in JonBenet's neck by the cord, in front, below the prominence of her larynx. The groove circle her neck completely horizontally deviating sightly upward near the back, some furrows close to half inch wide. Abrasions would be seen both above and below the groove, including a roughly triangular abrasion the size of a 25 cent piece on the left side of her neck. She also had all the abrasions on her back and on the backs of her legs. Her clothes were long sleeved shite knit collarless shirt. The mid anterior on the chest area contained embroidered silver star decorated with silver sequins.