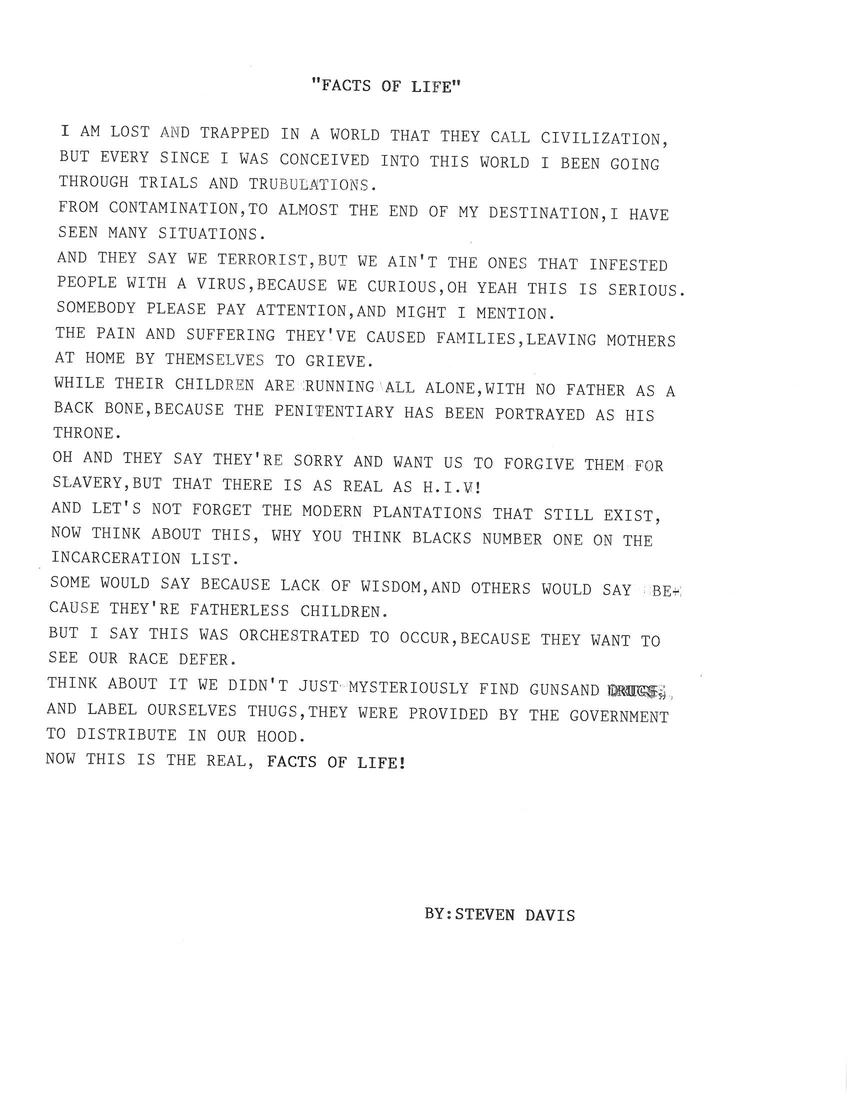 I am lost and trapped in a world that they call civilization, but ever since I was conceived into this world, I've been going through trials and tribulations.

From contamination to almost the end of my destination, I have seen many situations.

And they say we terrorists, but we ain't the ones that infested people with a virus because we curious. Oh yeah, this is serious. Somebody, please pay attention and I might mention the pain and suffering they've caused family, leaving mothers at home by themselves to grieve while their children are running all alone with no father as a backbone because the penitentiary has been portrayed as his throne.

Oh, and they say they're sorry and want us to forgive them for slavery. But that there is as real as HIV!

And let's not forget the modern plantations that still exist. Now think about this: why do you think blacks are number one on the incarceration list? Some would say because of lack of wisdom, and others would say because they're fatherless children. But I say that this was orchestrated to occur because they want to see our race defer.

Think about it: we didn't just mysteriously find guns and label ourselves thugs. They were provided by the government to distribute in our hood. Now this is real facts of life!