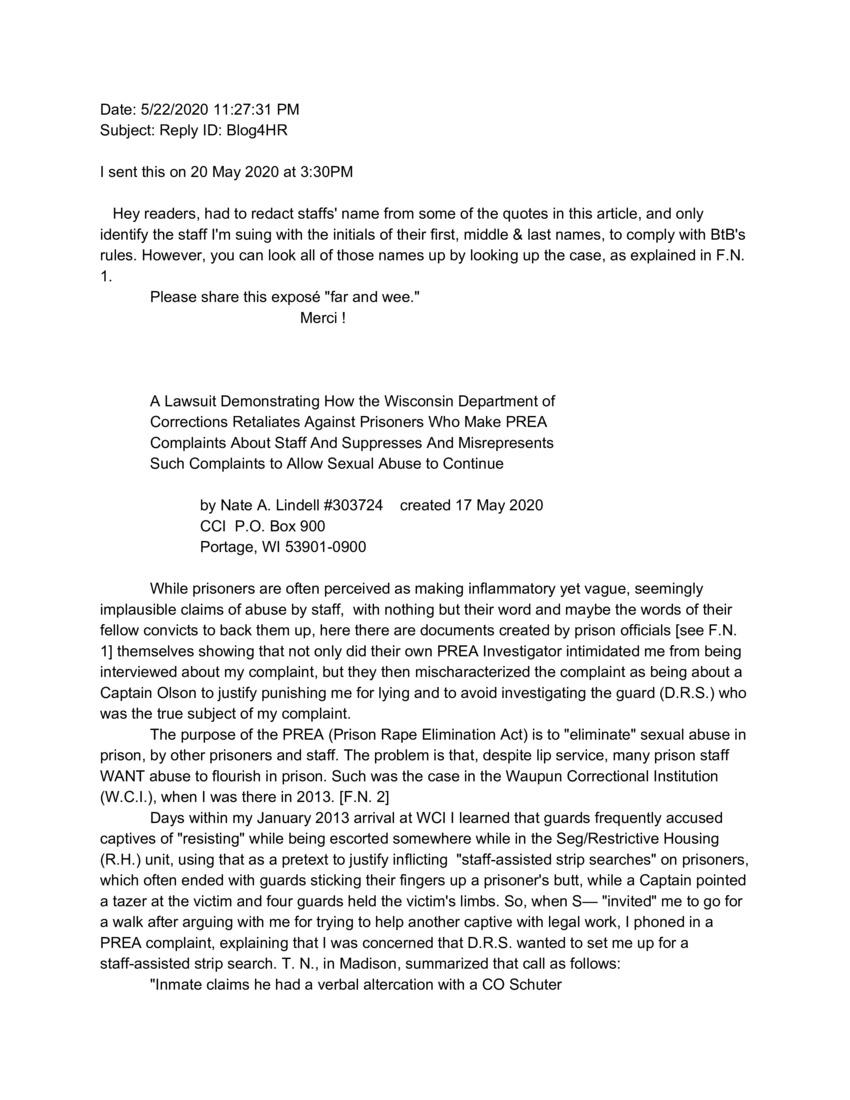 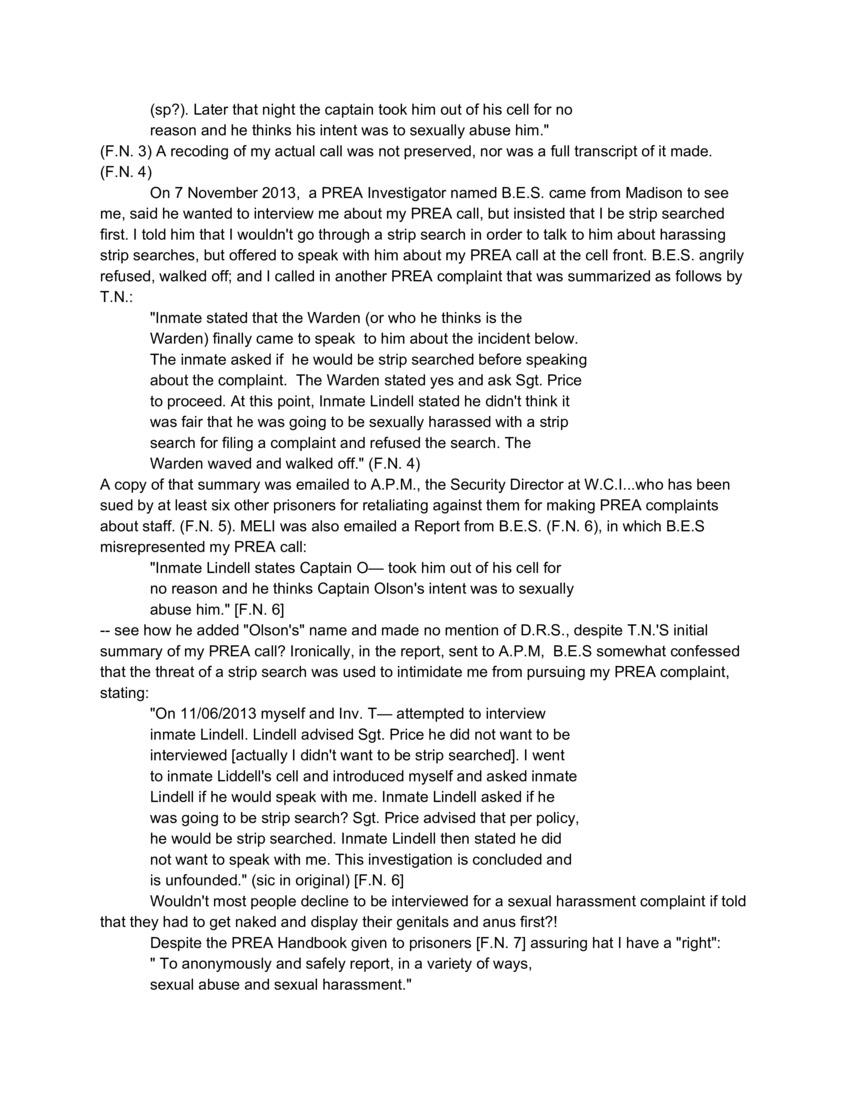 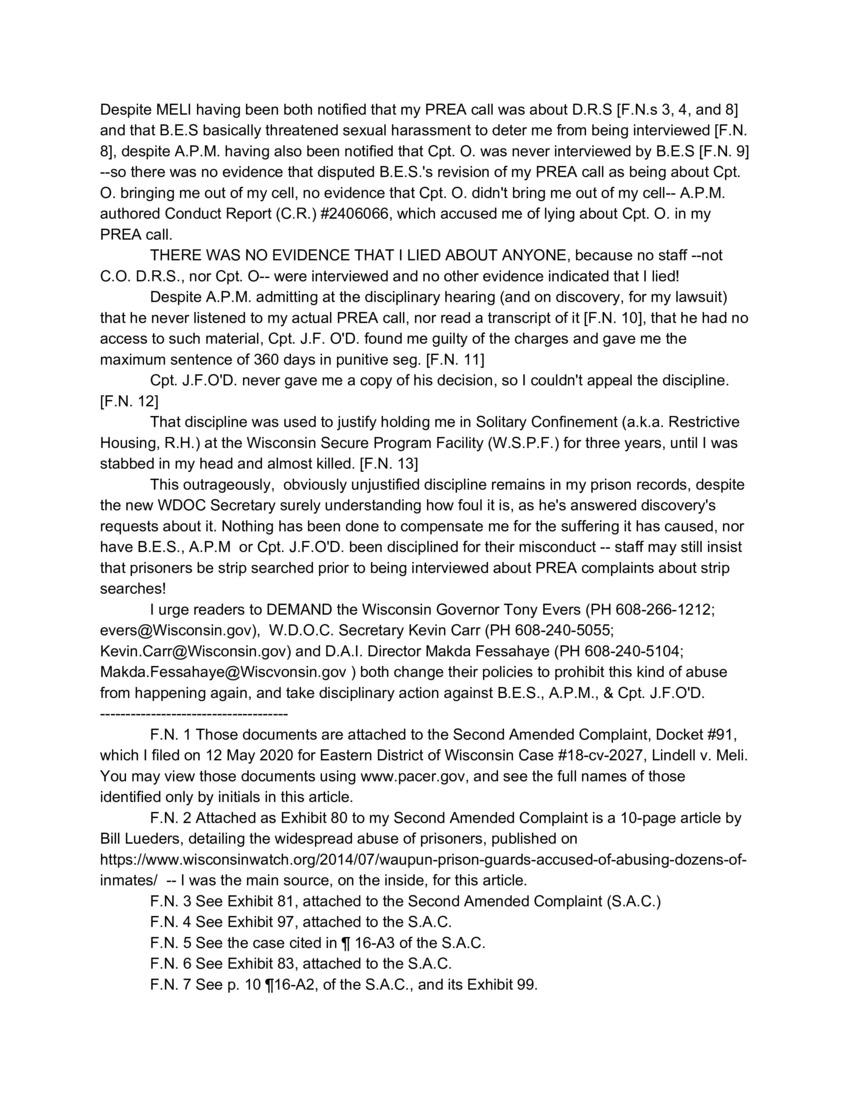 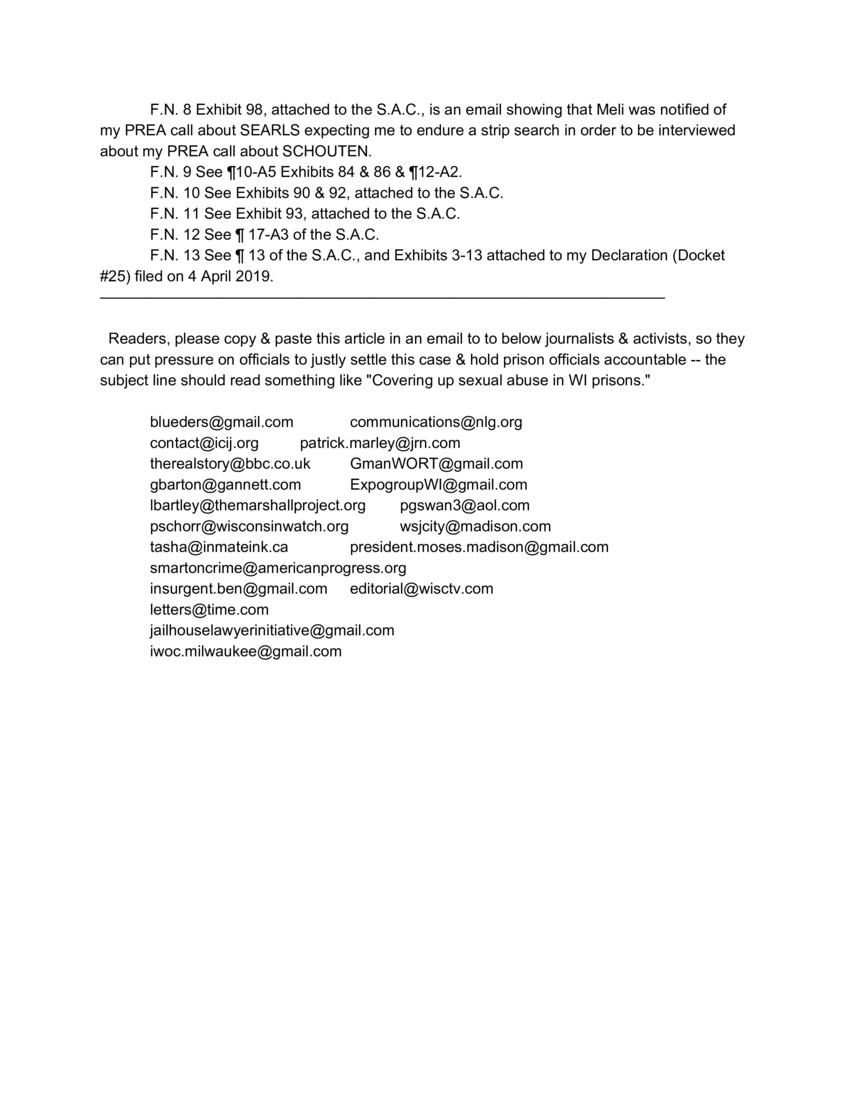 Hey readers, had to redact staffs' name from sone of the quotes in this article and only identify the staff I'm suing with the initials of their first, middle & last names, to comply with BtB's rules. However, you can look up all of those names up by looking up the case, as explained in F.N. 1.

Readers, please copy & paste this article in an email to below journalists & activists, so they can put pressure on officials to justify settle htis case & hold prison officials accountable -- the subject line should read something like "Covering up sexual abuse in WI prisons."