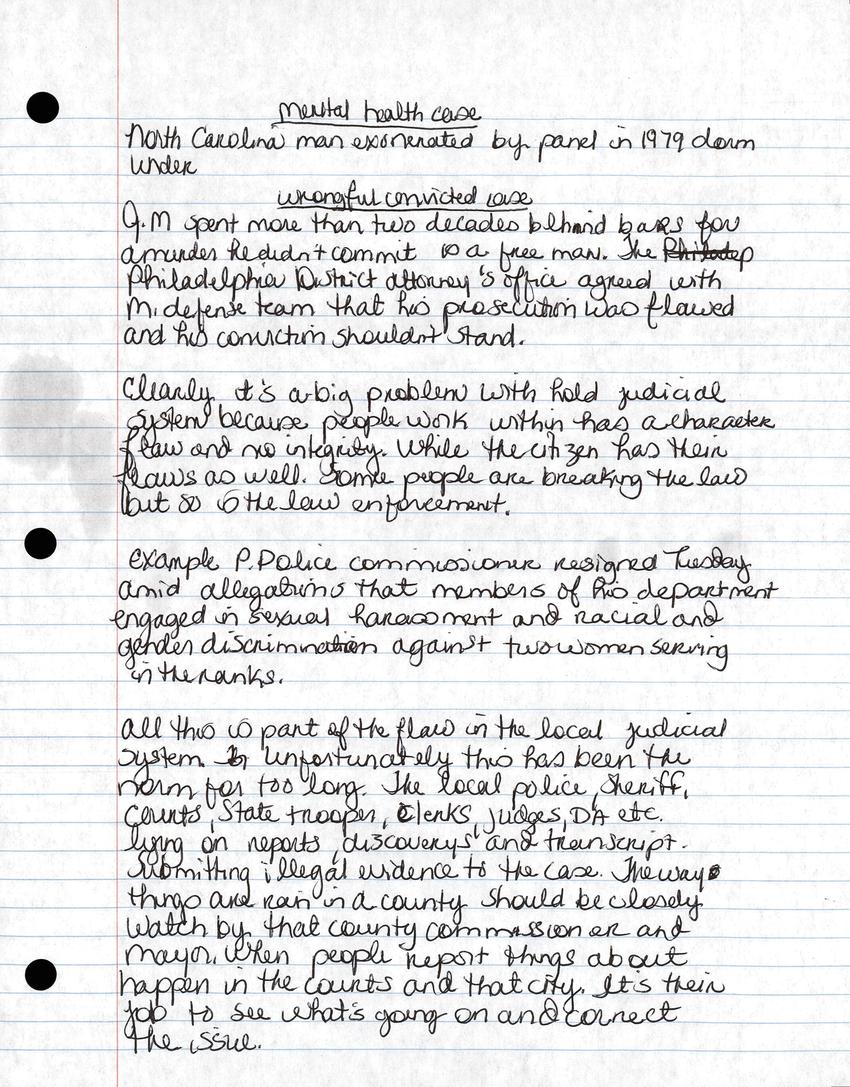 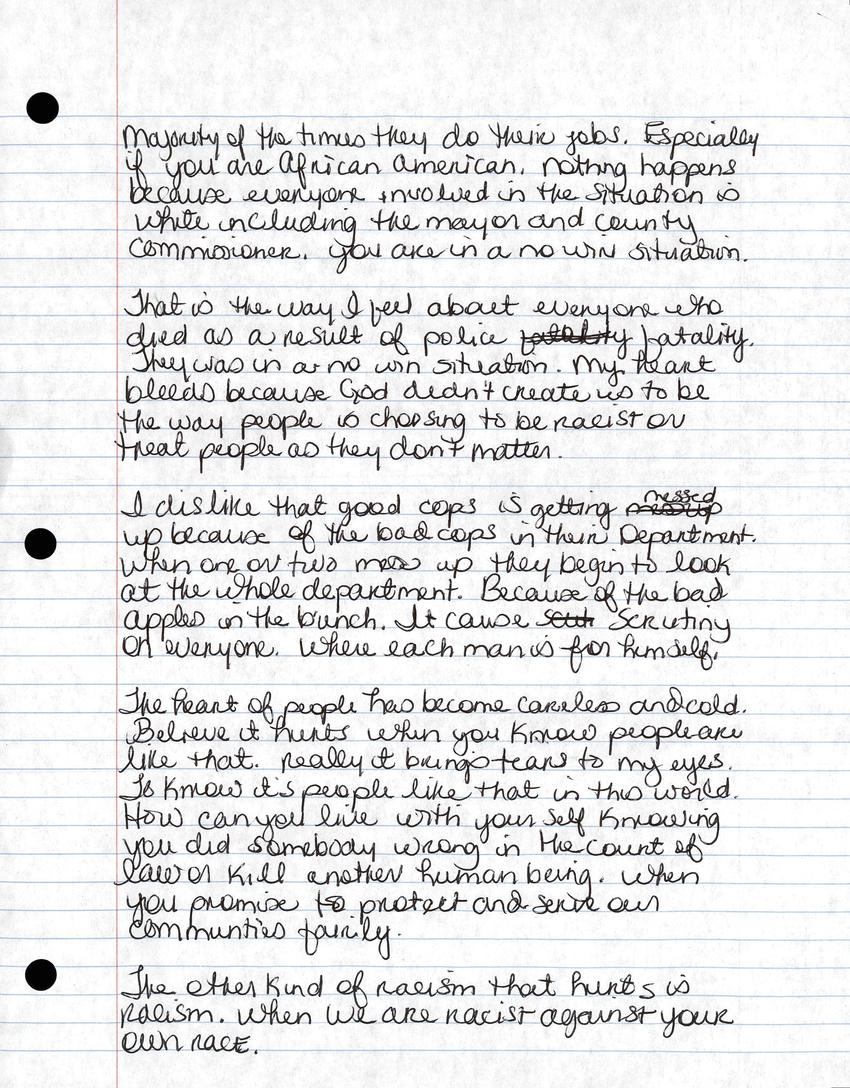 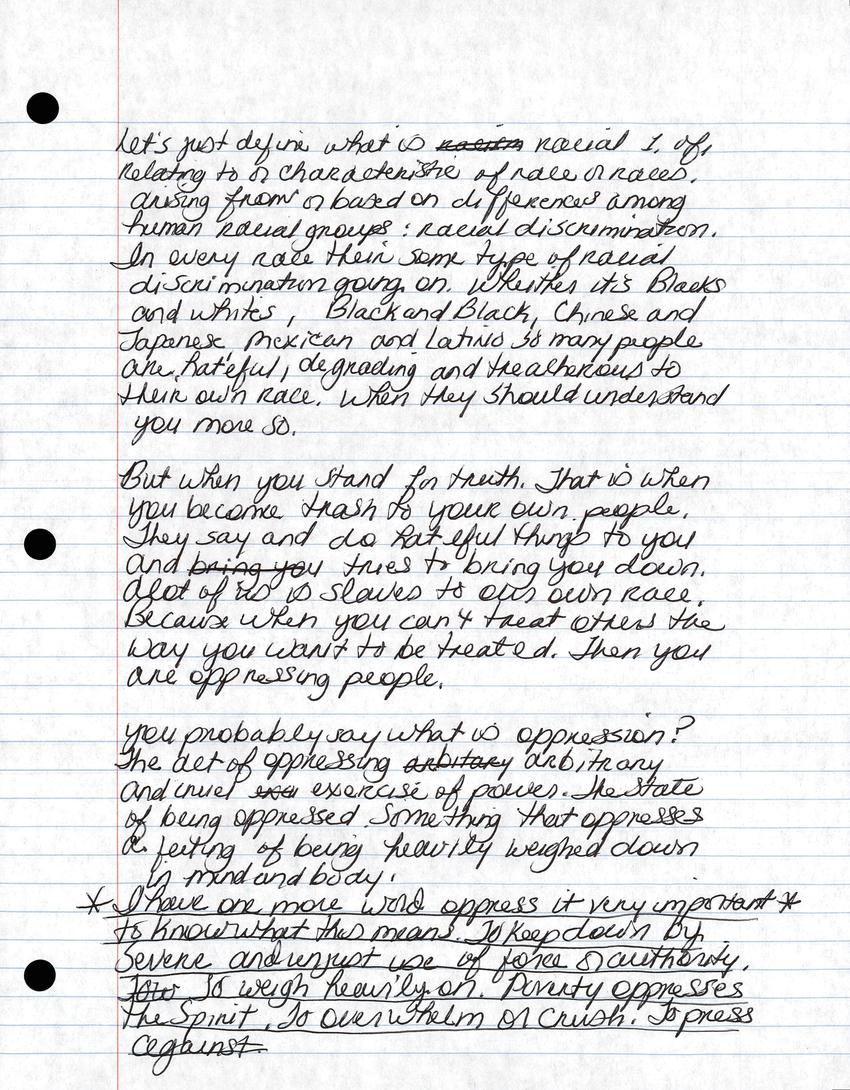 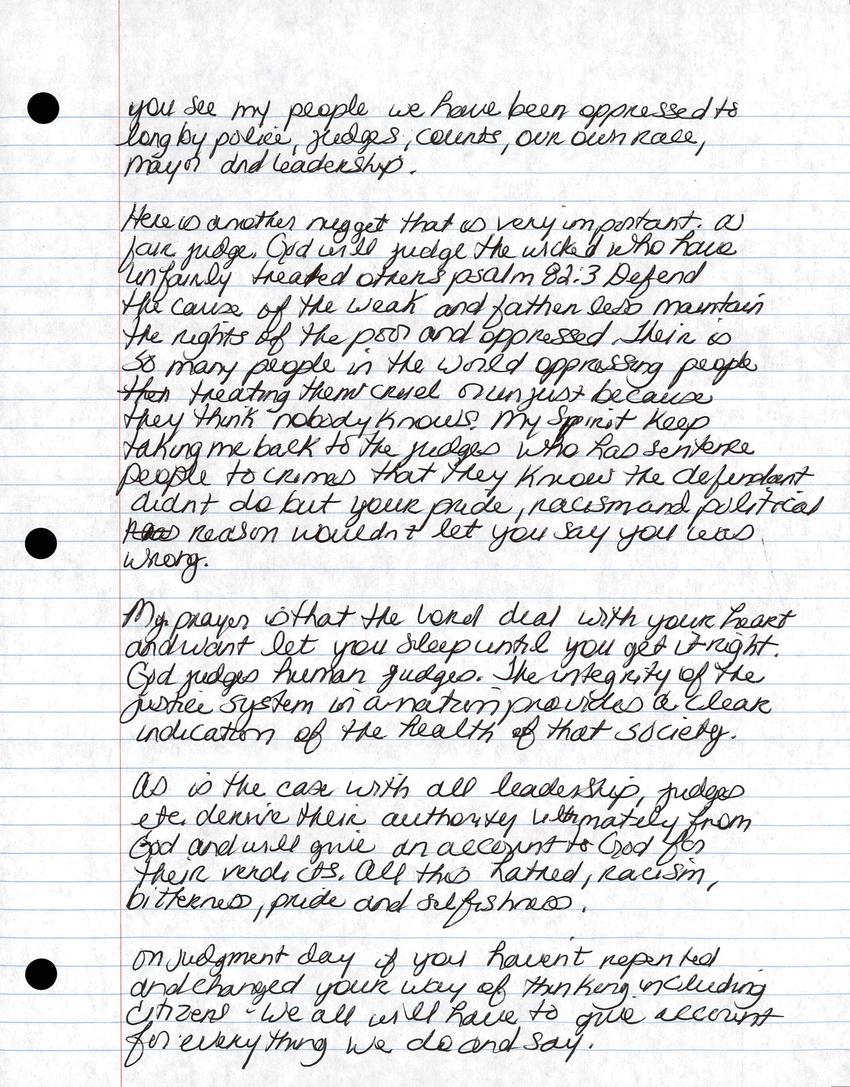 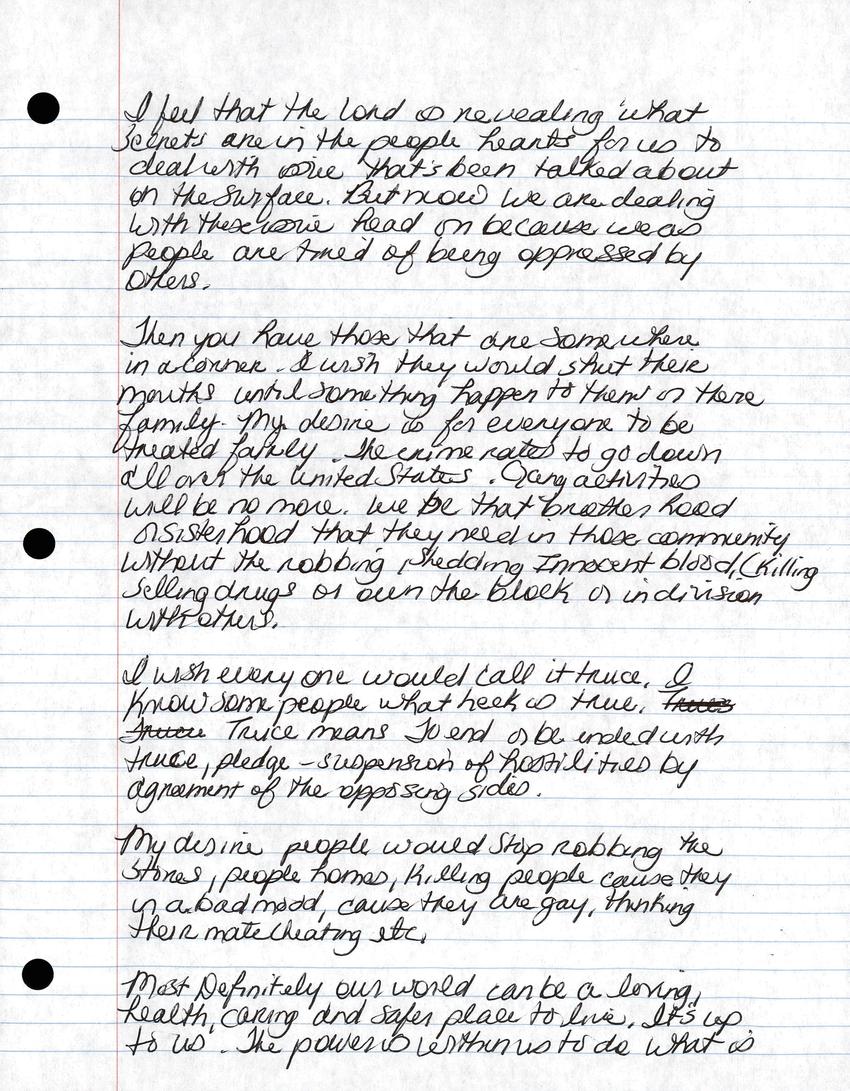 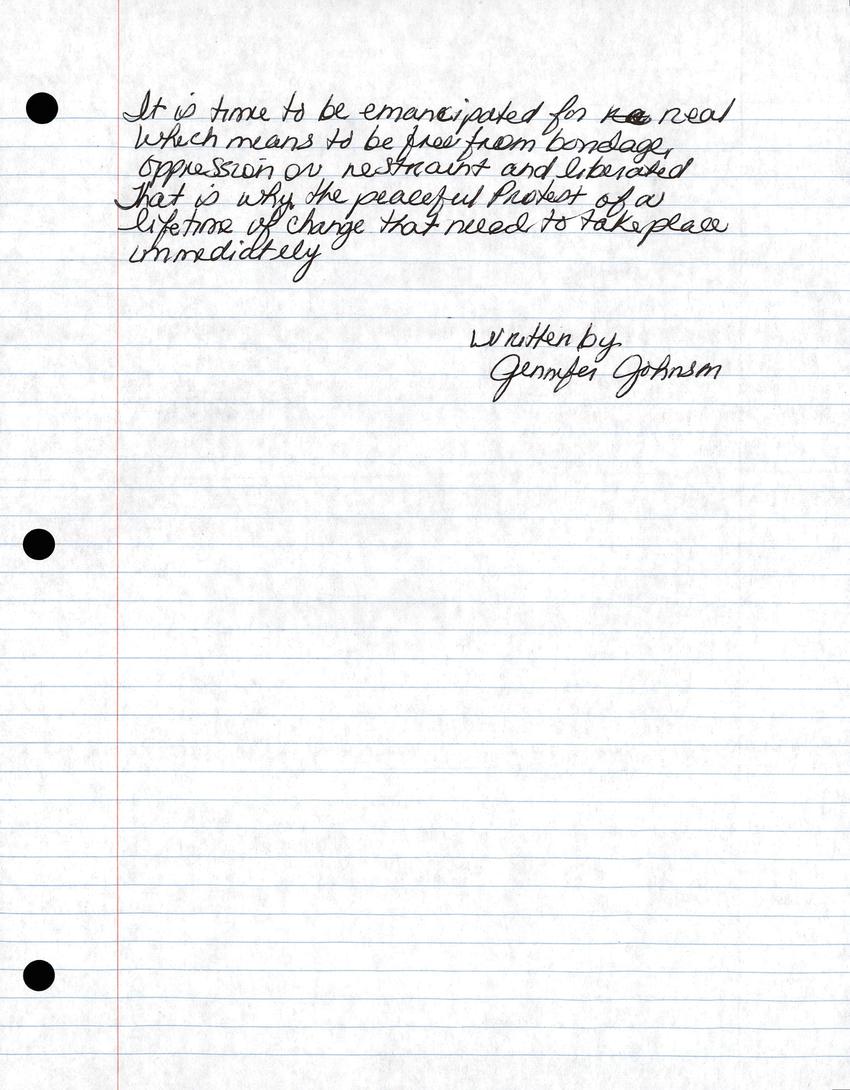 wrongful convicted cases
J.M spent more than two decades behind bars for a murder he didn't commit as a free man. The Philadelphia District attorney's office agreed with his defnese team that his prosecution was flawed and his conviction shouldn't stand.

Clearly it's a big problem with hold judicial system because people work within has a character flaw and no integrity. While the citizen has their flaws as well. Some people are breaking the law but so is the law enforcement.

Example P. Police commissioner resigned Tuesday amid allegations that members of Rio department engaged in sexual harassment and racial and gender discrimination against two women serving in the ranks.

All this is part of the flaws in the local judicial system unfortunately this has been the norm for too long. The local police sheriff, courts, state trooper, clerks, judges, DA etc. lying on reports discoveries and transcript. Submitting illegal evidence to the case the way things are rain in a bounty should be closely watched by that country commissioner and mayor. When people report things about happen in the courts and that city, it's their job to see what's going on and correct the issue. Majority of the times they do their jobs. Especially if you are African American. Nothing happens because everyone involved int he situation is white including the mayor and country commissioner. You are in a no win situation.

That is the way I feel about everyone who died as a result of police brutality. They was in a no win situation. My heart bleeds because God didn't create us to be the way people is choosing to be racist or treat people as they don't matter.

The heart of people has become corrupted and cold. Believe it hurts when you know people are like that. Really it brings tears to my eyes to know it's people like that in this world. How can you live with yourself knowing you did somebody wrong in the court of law or kill another human being. When you promise to protect and serve our communities family.

The other kind of racism that hurts is racism. When we are racist against your own race.
Let's just define what is racial 1. of, relating to or characteristic of race or races, arising from or based on differences among human racial groups: racial discrimination. Discrimination going on. Whether it's Blacks and whites, Black and Black, Chinese and Japanese, Mexican and Latino so many people are hateful, degrading and treachours to their own race, when they should understand you more so.

But when you stand for truth that is when you become trash to your own people. They say and do hateful things to you and tries to bring you down. A lot of are slaves to our own race. Because when you can't treat others the way you want to be treated, then you are oppressing people.

You probably say what is oppression? The act of oppressing arbitrary and cruel exercise of power. The state of being oppressed. Something that oppresses a feeling of being heavily weighed down in mind and body.
* I have one more word oppress it very important*
To know that this means. To keep down by severe and unjust use of force or authority. To weigh heavily on. Poverty oppresses the spirit. To overwhelm or crush. To press against.

you see my people we have been oppressed too long by police, judges, court, our own race, mayor and leadership.

Here is another nugget that is very important. A fair judge, God will judge the wicked who have unfairly treated others psalm 82:3 Defend the cause of the weak and fatherless maintain the rights of the poor and oppressed there is so many people in the world oppressing people than treating them cruel or unjust because they think nobody knows. My spirit keep taking em back to the judges who ahs sentence people to crimes that they know the defendant didn't do but your pride, racism and political reason wouldn't let you say you less wrong.

My prayer is that the world deal with your heart and won't let you sleep until you get it right. God judges human judges. The integrity of the Justice system in a nation provides a clear indication of the health of that society.

As is the case with all leadership, judges etc. derive their authority ultimately form God and will give an account to God for their verdicts. All this hatred, racism, bitterness, pride and selfishness.

On judgement day if you haven't repented and charged your way of thinking including citizens we all will have to give account for everything we do and say.
I feel that the lord is revealing what secrets are in the people hearts for us to deal with that's been talked about on the surface. But now we are dealing with these lies head on because we people are tired of being oppressed by others.

Then you have those that are somewhere in a corner. I wish they would shut their mouths until something happen to them or their family. My desire is for everyone to be treated fairly. The crime rates to go down all over the United States. Gang activities will be no more. We be that brotherhood or sisterhood that they need in those community without the robbing, shedding innocent blood, killing selling drugs or even the black or indivision with others.

I wish everyone would call it truce. I know some people what heek is true. Truce means to end or be ended with truce, pledge - suspension of hostilities by agreement of the opposing sides.

My desire people would stop robbing the stores, people homes, killing people cause they in a bad mood, cause they are gay, thinking their mate cheating etc.

Most definitely our world can be a loving, healthy, caring and safer place to live. It's up to us. The power is within us to do what is. It is time to be emancipated for real which means to be free from bondage, oppression or restraint and liberated. That is why the peaceful protest of a lifetime of change that need to take place immediately.