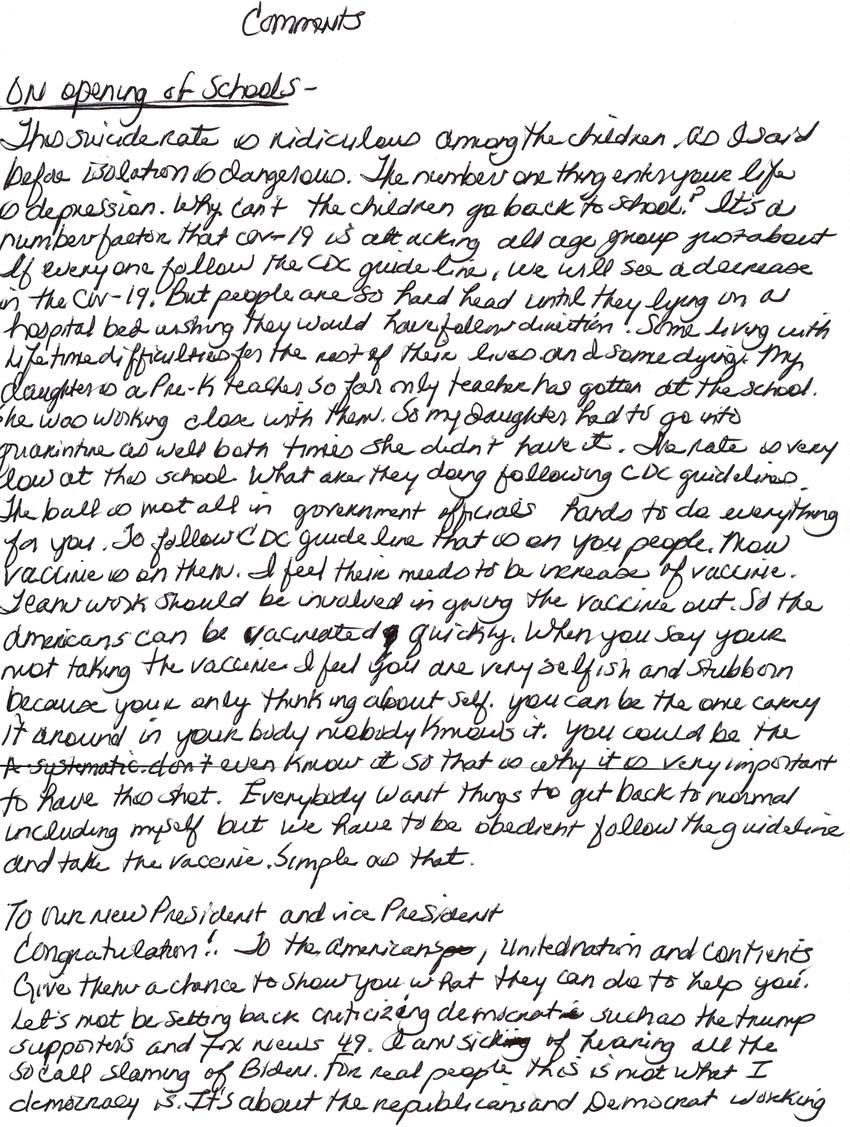 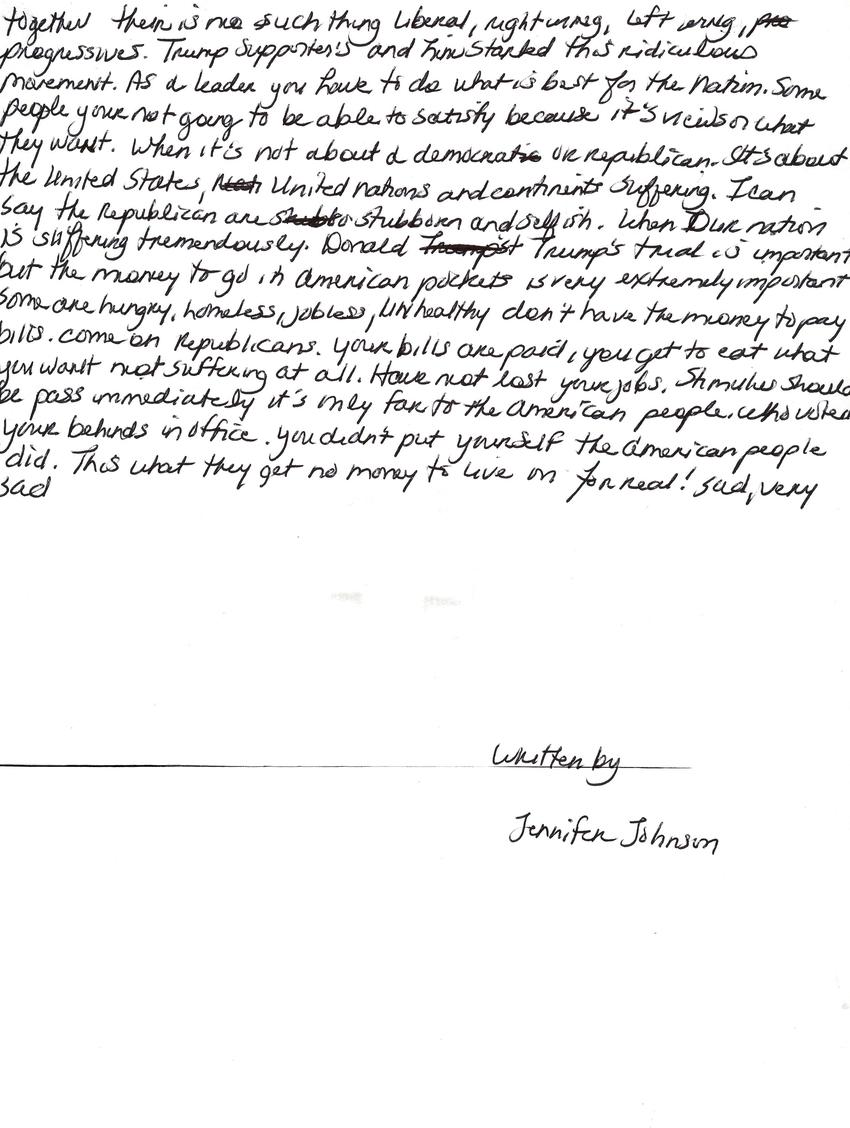 On opening of schools-
The suicide rate is ridiculous among the children. As I said before isolation is dangerous. The number one thing enter your life is depression. Why can't the children go back to school? It's a number 1 factor that COVID-19 is attacking all age group just about if everyone flow the CDC guideline. We will see a decrease in the COV-19 But people are so hard head until they lying on a hospital bed wishing they would have follow direction! Some living with life time difficulties for the rest of their lives and some dying. My daughter is a Pre-K teacher so far only teacher has gotten at the school. She was working close with them. So my daughter had to go into quarantine as well both times she didn't have it. The rate is very low at this school. What are they doing following CDC guidelines. The ball is not all in government officials' hands to do everything for you. To follow CDC guideline that is on you people. Now vaccine is on them. I feel there needs to be increase of vaccine. Teamwork should be involved in getting the vaccine out. So the Americans can be vaccinated quickly. When you say you're not taking the vaccine I feel you are very selfish and stubborn because you're only thinking about self. You can be the one carry it around in your body nobody knows it. You could be the asymptomatic. Don't even know it so that is why it is very important to have this shot. Everybody want things to get back to normal including myself but we have to be obedient follow the guideline and take the vaccine. simple as that.

The new president and vice president
Congratulations! So the Americans, United Nations and continents give them a chance to show you what they can do to help you. Let's not be setting back criticizing democrats such as the trump supporters and Fox News 49. I am sick of hearing all the so call shaming of Biden. For real people this is not what I democracy is. It's about the Republicans and Democrat working together there is no such thing Liberal, right wing, left wing, progressives. Trump supporters and him started this ridiculous movement. As a leader you have to do waht is best for the nation. Some peopel you're not going to be able to satisfy because its views on what they want. When it's not about a democrat or republican. It's about the United States, United Nations and continents suffering. I can say the Republican are stubborn and selfish. When our nation is suffering tremendously. Donald Trump's trial is important but the money to go in American pockets is very extremely important someone hungry, homeless, jobless, unhealthy don't have the money to pay bills. Come on Republicans, your bills are paid, you get to eat what you want not suffering at all. Have not lost your jobs. Stimulus should be pass immediately it's only fair to the American people. Who voted your behinds in office. You didn't put yourself the American people did. This what they get no money to live on for real! Sad, very sad