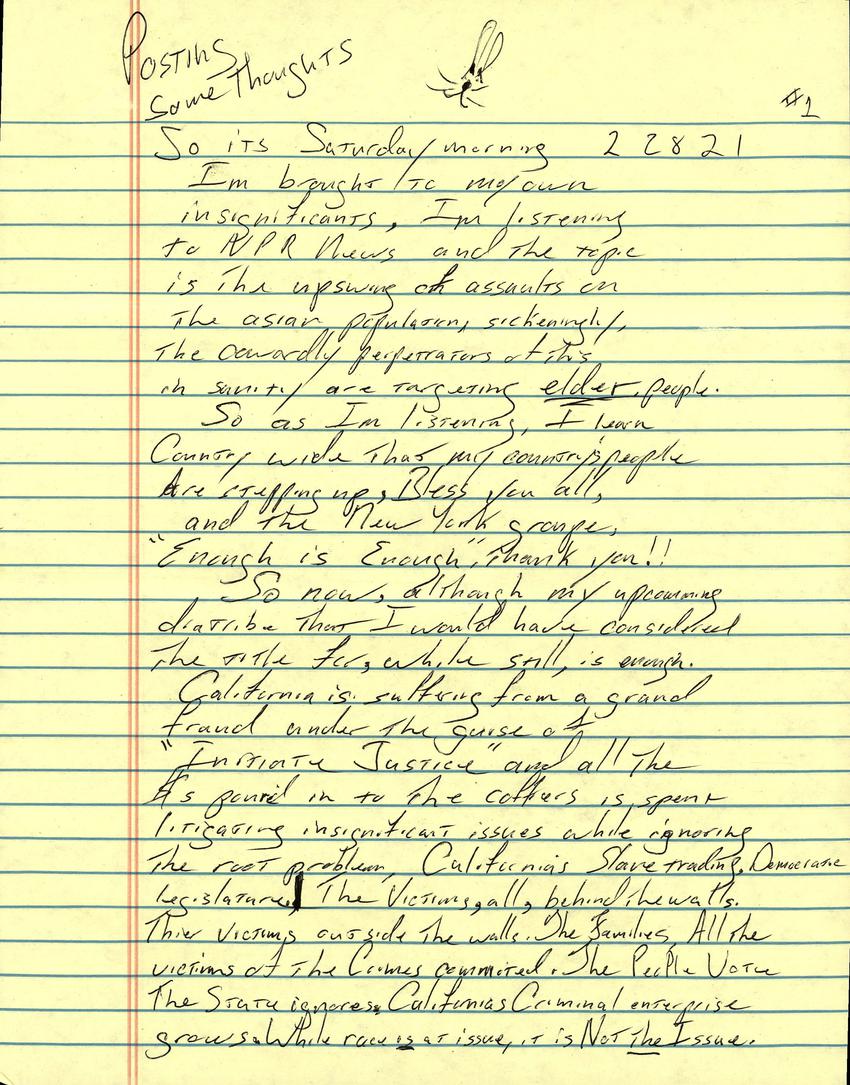 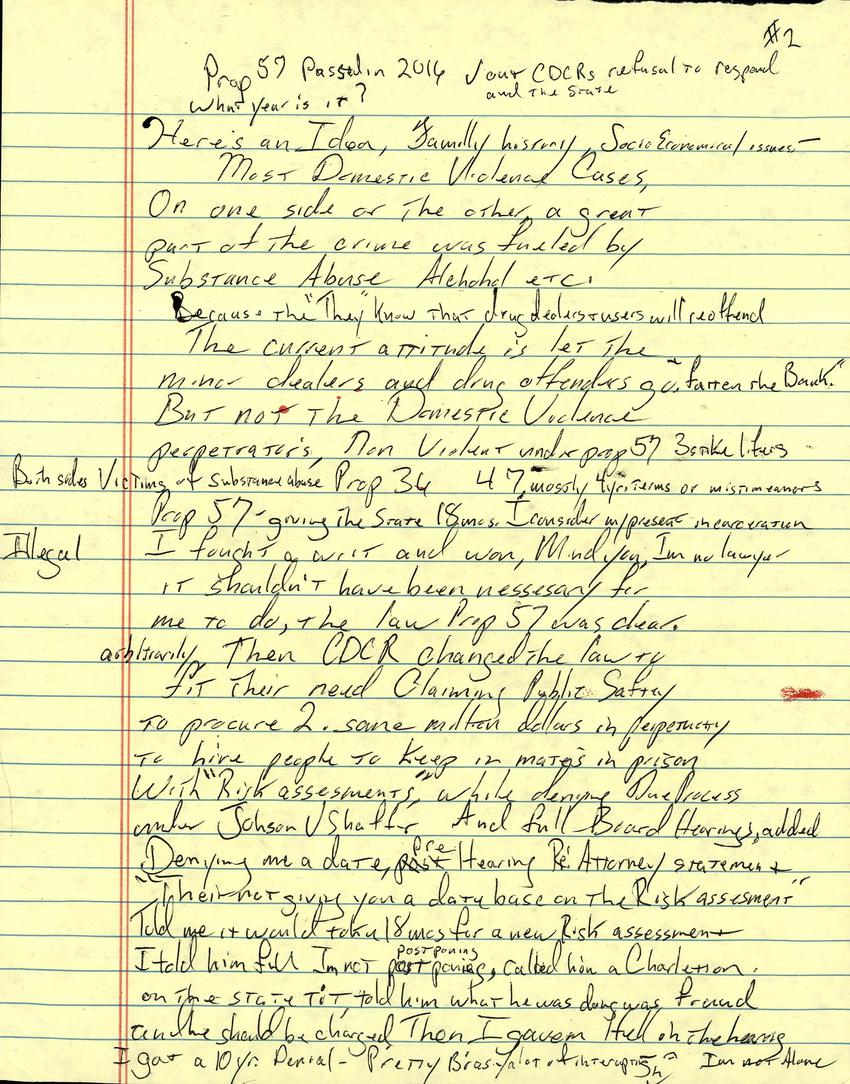 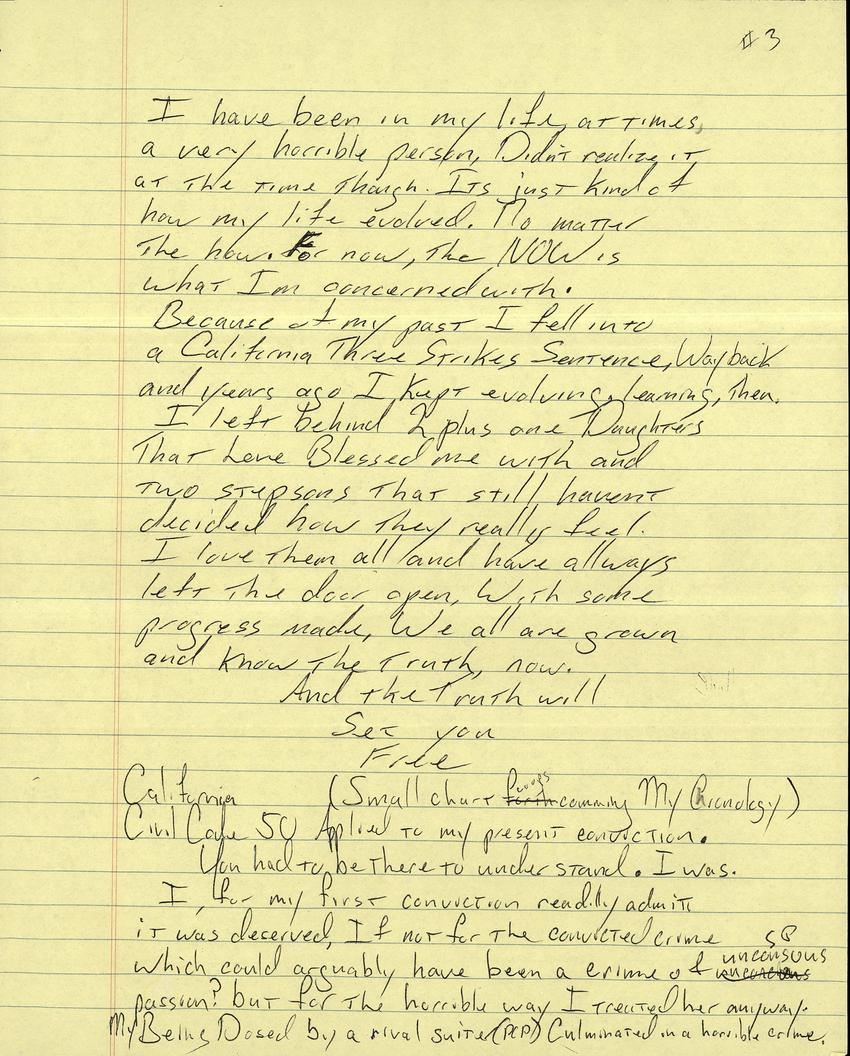 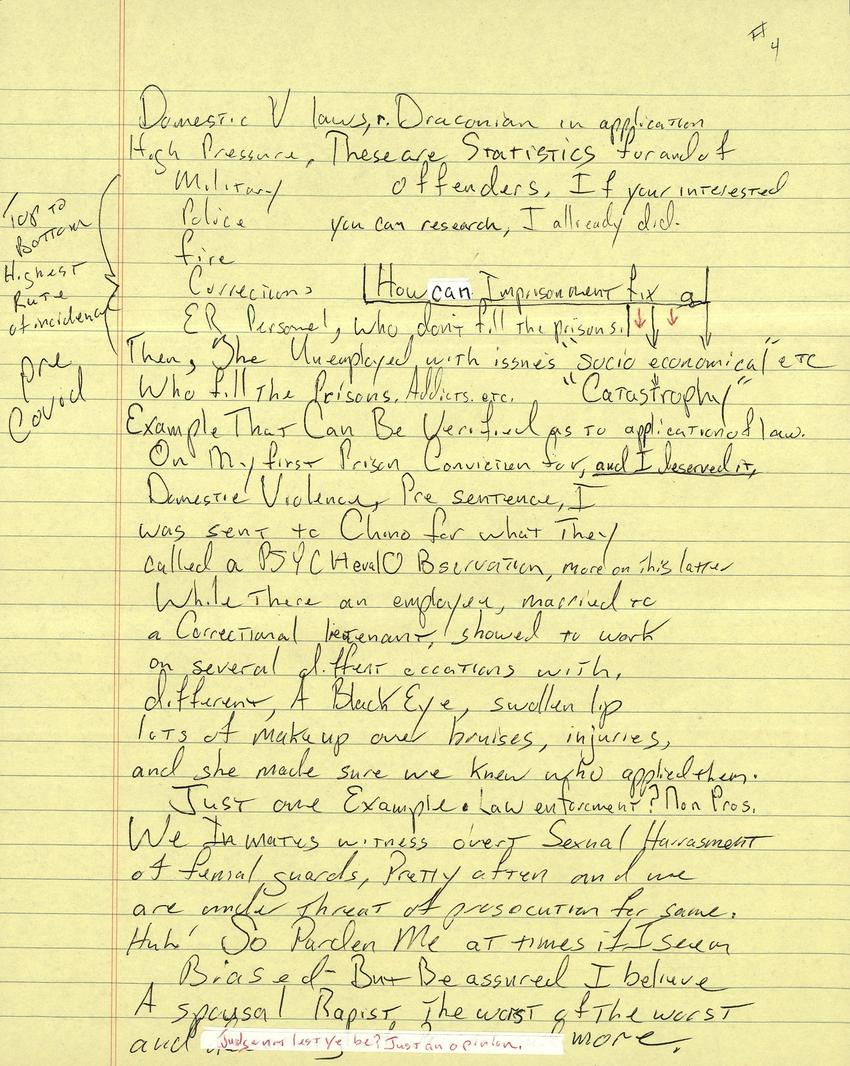 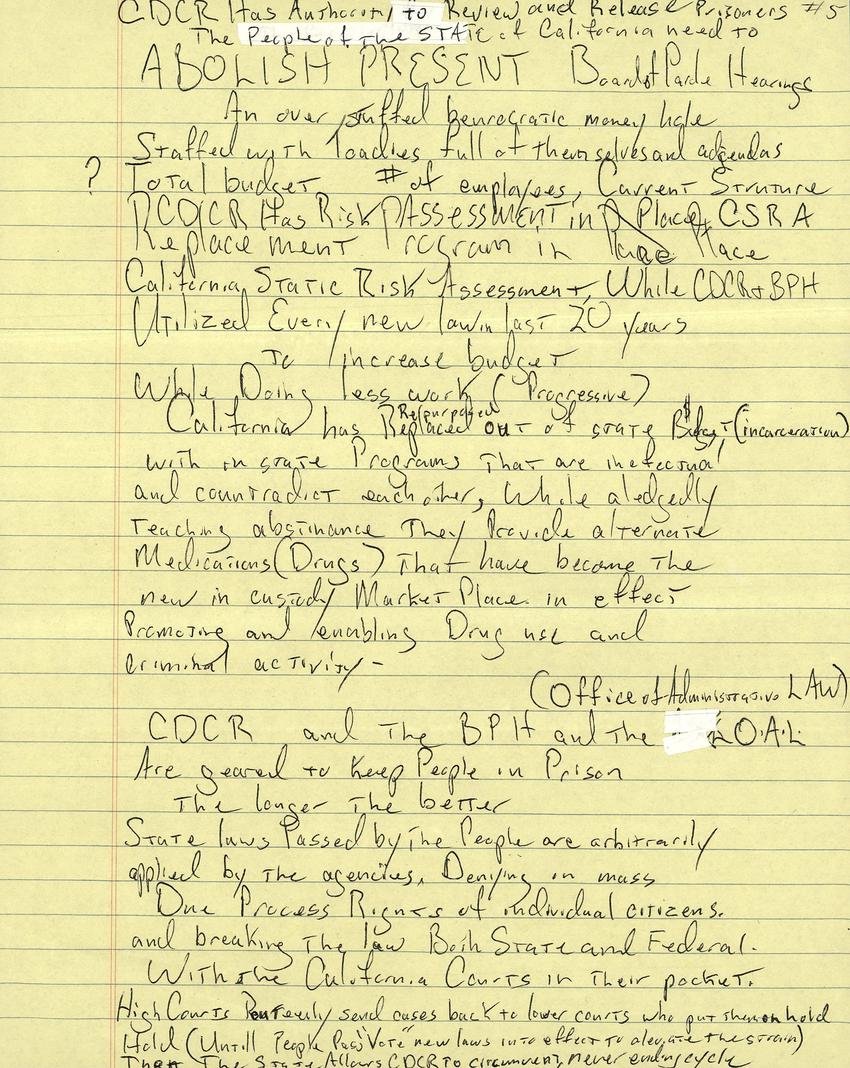 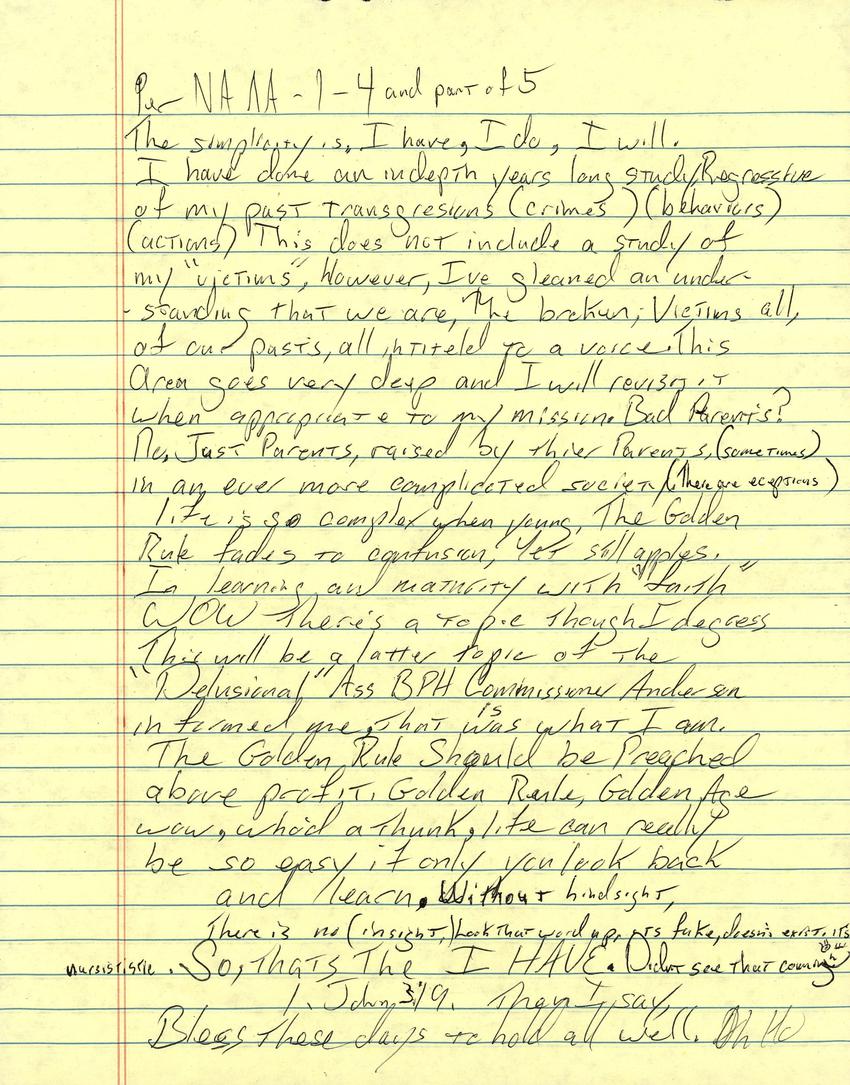 (#1)
So it's Saturday morning, I'm brought to my own insignificance. I'm listening to NPR news and the topic is the upswing of assaults on the Asian population. Sickenly, the cowardly perpetrators at this insanity are targeting elderly people. So as I'm listening, I learn that people from my country are stepping up. Bless you all and the New York groups, "Enough is Enough", Thank you all!!!
So now, although my appealing attribute that I would have considered the tittle for, while small is enough. California is suffering from a grand fraud under the guise of "Inmate Justice" and all the money that is poured into the coffee is spent litigating insignificant issues which ignoring the root problem. California is slave trading democratic legislation. The victims all behind the walls. The victims outside the wall, The families. All the victims of the crimes committed. The people vote, the state ignores California's criminal enterprise as it continues to grow. While race is a issue, it is NOT the issue.

(#2)
Prop 57 passed in 2016 check out CDCRs refusal to respond and the state
What year is it?
Here is an idea, family history, social economics/issues --- most domestic violence cases; on one side or the other, a great part of the the crime was fueled by substance abuse such as alcohol, etc. Because "they" know that drug dealer and users will reoffend. The current attitude is let the minor dealers and drug offenders go, "fatten the bank". But not the domestic violence perpetrators, and nonviolent underprop 57 3 strike liters. Both sides victims of substance abuse, prop 34 & 47 mostly 4 yrs terms or misdemeanors prop 57 giving the state 18 month. I consider my present incarceration illegal. I fought against writ and won, mind you, I'm not a lawyer. It shouldn't have been necessary for me to do, but the law prop 57 was clear. Then CDCR changed the law to fit their need, claiming public safety to procure to some million dollars in perpetuity to hire people to keep inmates in prison. With "risk assessment," while denying due process under Johnson v. Shaffe. And full board hearings, added denying me a date, pre-hearing attorney statements; "they are not giving you a date based on the risk assessment". Told me it would take 18 mos for a new Risk assessment I told him fu. Im not postponing, called him a Charletion. on the state tit, told him what he was doing was fraud and he should be charged, then I gave im hell on the hearing I got a 10 yr. denial - pretty bias/ a lot of interupting 5h Im not alone

(#3)
I have been in my life, at times a very horrible person, Didn't realize it at the time though. Its just kind of how my life evolved. No matter the how. For now, the NOW is what Im concerned with. Because at my past I fell into a California Three Strikes Sentence, Wayback and years ago, I kept evolving, learning, then I left behind 2 pls one Daughters That have Blessed me with an two stepsons that still havent decided how the really feel. I love them all and have allways left the door open, With some progress made, We all are grown and know the Truth now.
And the truth will
Set you
Free
California (Small chart Pcoops commiy My Chronology)
Civil Cafe 50 Applied to my present education. You had to be there to understand. I was. I, for my first conviction readily admit, it was deserved. If not for the convicted crime which could arguably have been a crime of unconsous passion? but for the horrible way I treated her anyway. My Bellis Dosed by a rival suited (PCP) Culminated in a horrible crime.

(#4)
Domestic V laws, r. Draconian in application high pressure, These are Statistics for and of offenders, If your interested you can research, I allready did.
top to bottom highest rate of incidence pre covid:
military
police
fire
corrections
ER personel, who don't fill the prisons
then, the unemployed with issues who fill the prisons. Addicts, etc.

How can Imprisonment fix a "socio economical" etc "Catastrophy"
Example that can be verified as to application of law. On my first prison conviction for, and I deserved it, domestic violence, pre sentence, I was sent to Chino for what they called a PSYCHeval Observation, more on this latter.
While there an employer, married to a correctional lieutenant, showed to work on several different occasions with, different, a black eye, swollen lip lots of makeup over bruises, injuries, and she made sure we knew who applied them.
Just one example. Law enforcement? Non pros. We inmates witness overt sexual harrassment of femal guards, pretty often and we are under threat of prosecution for same. Huh! So parden me at times if I seem biased- but be assured I believe a spousal rapist the worst of the worst and judge lest ye be? Just an opinion.

(#5)
CDCR has authority to review and release prisoners
The people of the STATE of California need to ABOLISH PRESENT Board of Parole Hearings
An over stuffed beauocratic money hgle staffed with toadies full of themselves and adjendas
? total budget # of employees, current structure
CDCR has risk assessment in place, CSRA
replacement program in place
California static risk assessment, while CDCR and BPH utilized even new law in last 20 years to increase budget
While doing less work (progressive)
California has replaced out of state budget (incarceration) with the state programs that are inefectual and contradict each other, while aledgedly teaching abstinance they provide alternate medications (drugs) that have become the new in custody market place in effect promoting and enabling drug use and criminal activity-

(Office of Administrative LAW)
CDCR and the BPH and the O.A.L are geared to keep people in prison
the longer the better
state laws passed by the people are arbitrarily applied by the agencies, denying in mass due process rights of individual citizens. and breaking the law both state and federal.
With the California courts in their pocket.
High courts pouteily send cases back to lower courts who put them on hold
Hold (until people pass "vote" new laws into effect to aleviate the strain)
Then the state allows CDCR to circumvent, neverending cycle

Per NANA - 1-4 and part of 5
The simplicity is, I have, I do, I will.
I have done an in depth years long study, regressive of my past transgresions (crimes) (behaviors) (actions) This does not include a study of my "victims", however, Ive gleaned an understanding that we are, the broken; victims all, of our pasts, all intiteled to a voice. This area goes very deep and I will revisit it when appropriate to my mission. Bad Parents?
Ne, just parents, raised by thier parents, (sometimes) in an ever more cmplicated society (there are exceptions)
life is so complex when young, The Golden Ruk fades to cofusion, yet still apples.
In learning and maturity with "faith" WOW there's a topic though. I digress this will be a latter topic of the "delusional" ass BPH commissioner Anderson informed me, that this is what I am.
The Golden Rule should be preached above profit, Golden Rule, Golden Age
wow, who'd a thunk, life can really be so easy if only you can look back and learn. Without hindsight, there is no (insight) look that word up, its fake, doesn't exist. It's narsististic.
So, thats the I HAVE. Didnt see that coming. (smiley face)
John 3:19. Then I say,
Bless these days to hold all well. Dh Hc