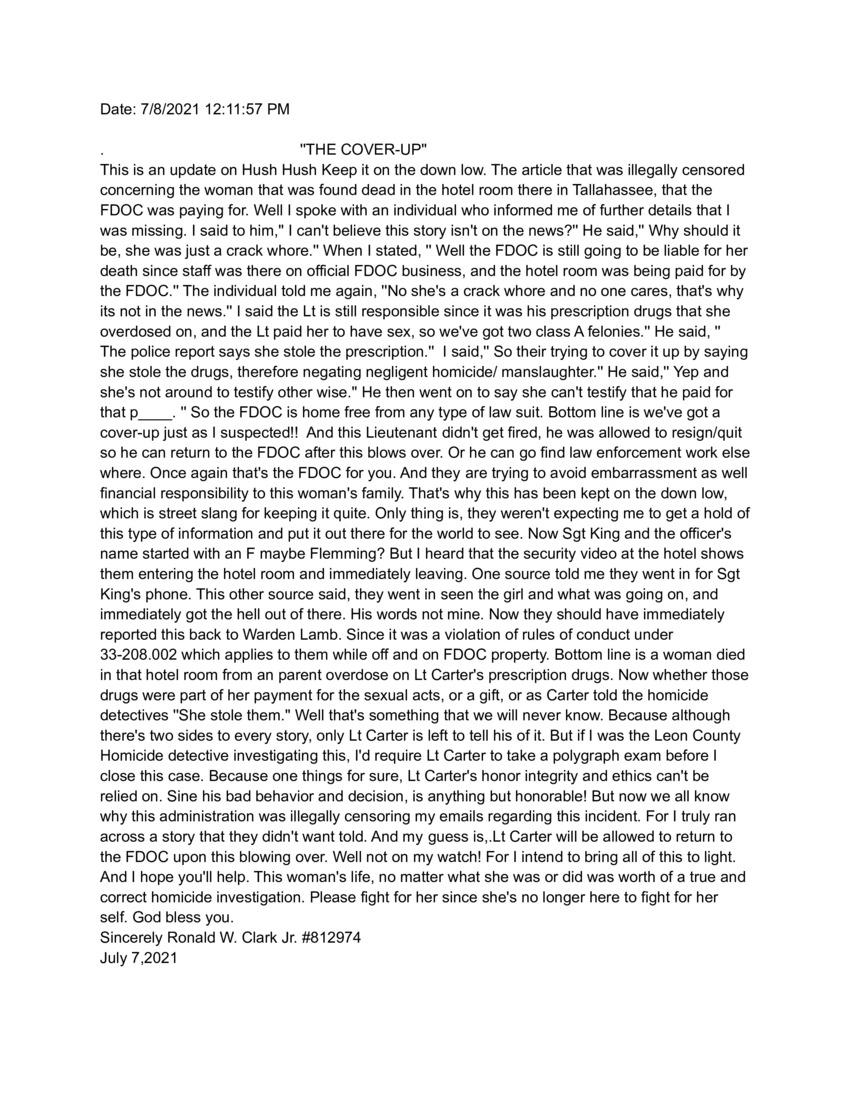 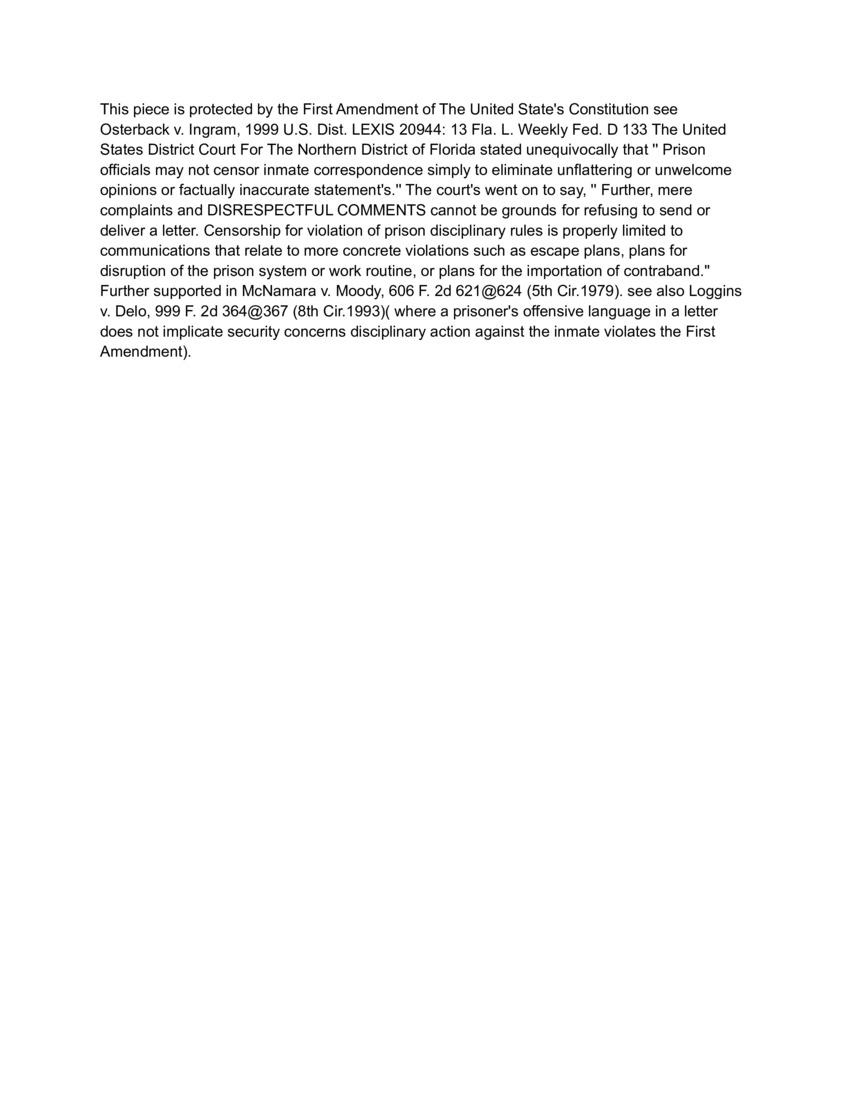 This is an update on Hush Hush Keep it on the down low. The article that was illegally censored concerning the woman that was found dead in the hotel room there in Tallahassee, that the FDOC was paying for. Well, I spoke with an individual who informed me of further details that I was missing. I said to him, "I can't believe this story isn't on the news?" He said, "Why should it be, she was just a crack whore." When I stated, "Well the FDOC is still going to be liable for her death since staff was there on official FDOC business, and the hotel room was being paid for by the FDOC." The individual told me again, "No she's a crack whore and no one cares, that's why its not the news." I said the Lt is still responsible since it was his prescription drugs that she overdosed on, and the Lt paid her to have sex, so we've got two class A felonies." He said, "The police report says she stole the prescription." I said, "So their trying to cover it up by saying she stole the drugs, therefore negating negligent homicide/manslaughter." He said, "Yep and she's not around to testify otherwise." He then went on to say she can't testify that he paid for that p____." So the FDOC is home free from any type of lawsuit. Bottom line is we've got cover-up just as I suspected!! And this Lieutenant didn't get fired, he was allowed to resign/quit so he can return to the FDOC after this blows over. Or he can go find law enforcement work elsewhere. Once again that's the FDOC for you. And they are trying to avoid embarrassment as well financial responsibility to this woman's family. That's why this has been kept on the down low, which is street slang for keeping it quite. Only thing is, they weren't expecting me to get a hold of this type of information and put it out there for the world to see. Now Sgt King and the officer's name started with an F maybe Flemming? But I heard that the security video at the hotel shows them entering the hotel room and immediately leaving. One source told me they went in for Sgt King's phone. This other source said, they went in seen the girl and what was going on, and immediately got the hell out of there. His words not mine. Now they should have immediately reported this back to Warden Lamb. Since it was a violation of rules of conduct under 33-208.002 which applies to them while off and on FDOC property. Bottom line is a woman died in that hotel room from an apparent overdose on Lt Carter's prescription drugs. Now whether those drugs were part of her payment for the sexual acts, or a gift, or as Carter told the homicide detectives "She stole them." Well, that's something that we will never know. Because although there's two sides to every story, only Lt Carter is left to tell his side of it. But if I was the Leon County Homicide detective investigating this, I'd require Lt Carter to take a polygraph exam before I close this case. Because one things for sure, Lt Carter's honor integrity and ethics can't be relied on. Sine his bad behavior and decision, is anything but honorable! But now we all know why this administration was illegally censoring my emails regarding this incident. For I truly ran across a story that they didn't want told. And my guess is, Lt Carter will be allowed to return to the FDOC upon this blowing over. Well not on my watch! For I intend to bring all this to light. And I hope you'll help. This woman's life, no matter what she was or did was worth a true and correct homicide investigation. Please fight for her since she's no longer here to fight for herself. God bless you.