Why Don't We Take heed To Storms In Evacuate 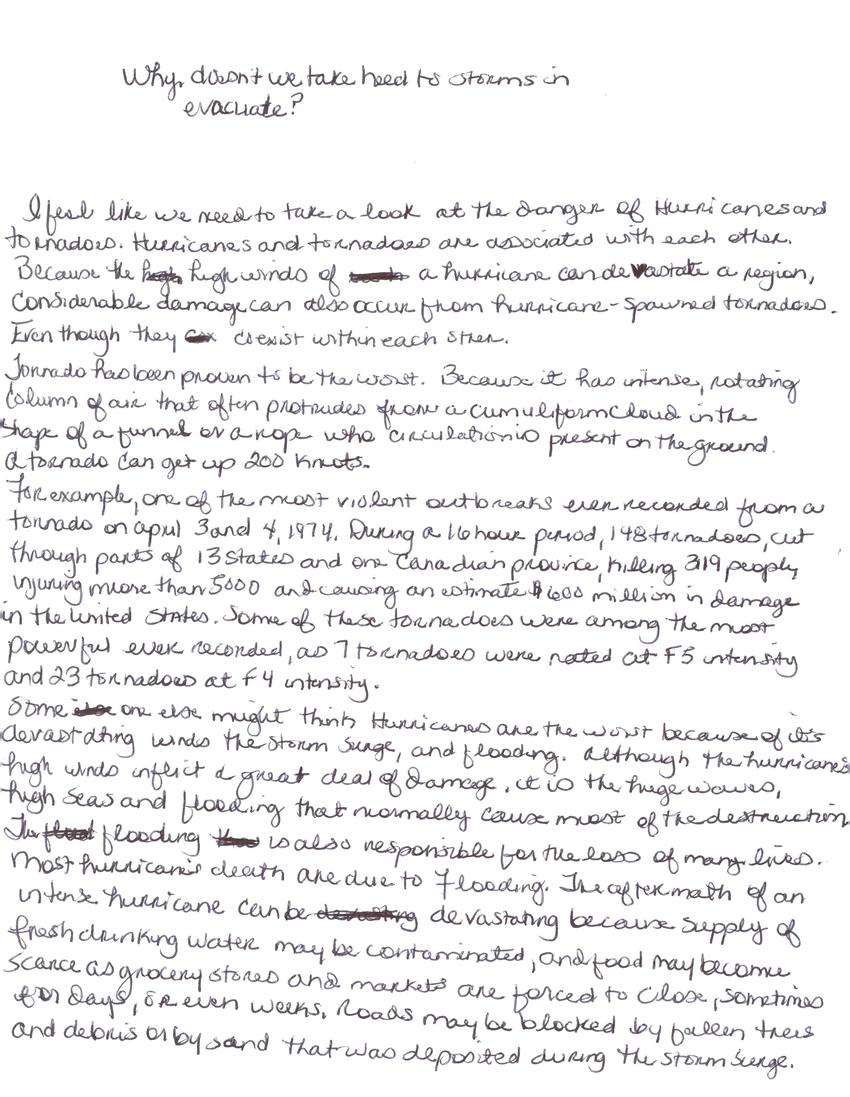 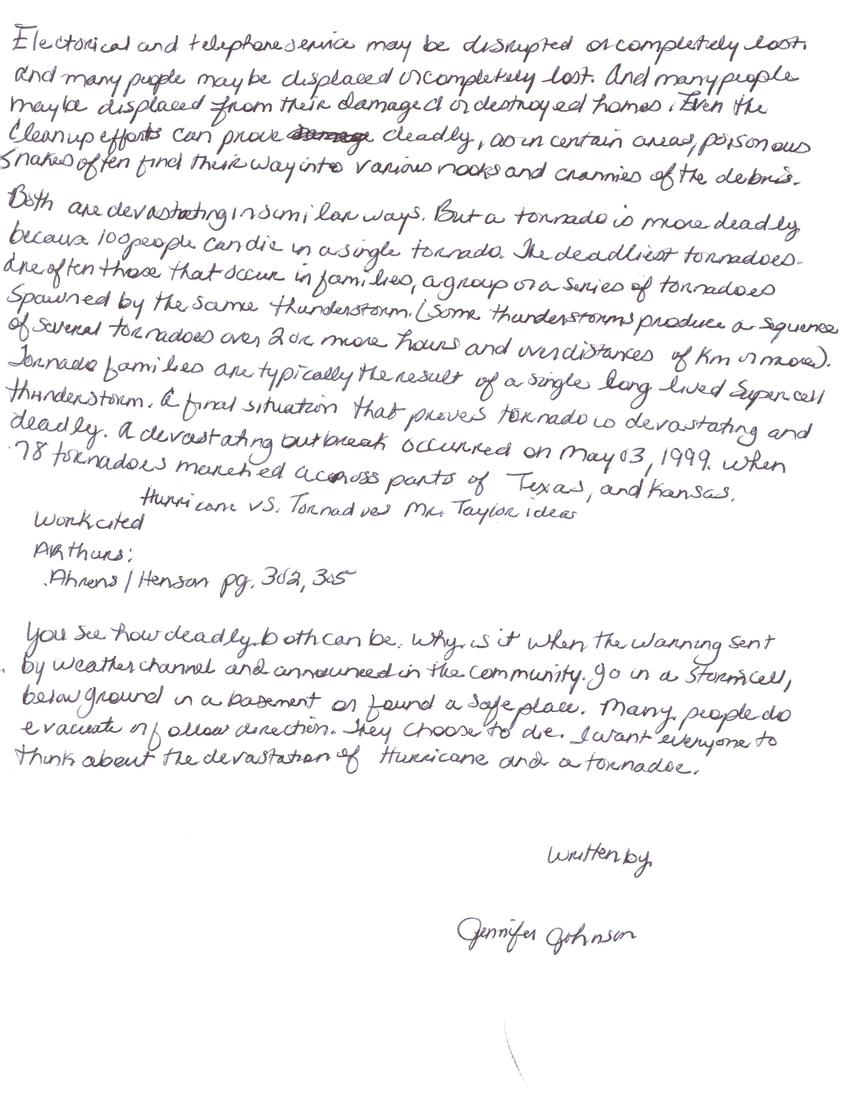 Why don't we take heed to storms in evacuate?

I feel like we need to take a look at the danger of hurricanes and tornadoes. Hurricanes and tornadoes are associated with each other. Because the high winds of a hurricane can devastate a region, considerable damage can also occur from hurricane-spawned tornadoes. Even though the coexist within each other. Tornado has been proven to be the worst. Because it has intense, rotating column of air that often protrude from a cumuliform cloud in the shape of a funnel on a rope who circulation is present on the ground. A tornado can get up to 200 knots. For example, one of the most violent outbreaks ever recorded from a tornado on April 3 and 4, 1974. During a 16 hour period, 148 tornadoes, cut through parts of 13 states and one Canadian province, killing 319 people, injuring more than 5000 and causing an estimate $600 million in damage in the United States. Some of these tornadoes were among the most powerful ever recorded, as 7 tornadoes were noted at F5 intensity and 23 tornadoes at F4 intensity.

Some one else might think hurricanes are the worst because of its devastating winds the storm surge, and flooding. Although the hurricane's high winds inflict a great deal of damage, it is the huge waves, high seas and flooding that normally cause most of the destruction. The flooding is also responsible for the loss of many lives. Most hurricane's death are due to flooding. The aftermath of an intense hurricane can be devastating because supply of fresh drinking water may be contaminated, and food may become scarce as grocery stores and markets are forced to close, sometimes for days, or even weeks. Roads may be blocked by fallen trees and debris or by sand that was deposited during the storm surge. Electrical and telephone service may be disrupted or completely lost, and many people may be displaced or completely lost. And many people maybe displaced from their damaged or destroyed homes. Even the cleanup efforts can prove deadly, as in certain areas, poisonous snakes often find their way into various nooks and crannies of the debris.

Both are devastating in similar ways. But a tornado is more deadly because 100 people can die in a single tornado. The deadliest tornadoes are often those that occur in families, a group or a series of tornadoes spawned by the same thunderstorm. (Some thunderstorms produce a sequence of several tornadoes over 2 or more hours and over distances of km and more). Tornado families are typically the result of a single long lived supercell thunderstorm. A final situation that proves tornadoes devastating and deadly. A devastating outbreak occurred on May 03, 1999. When 78 tornadoes marched across parts of Texas, and Kansas.

You see how deadly both can be, why is it when the warning sent by weather channel and announced in the community go in a storm cell, below ground in a basement or find a safe place. Many people do evacuate or follow direction. They choose to die. I want everyone to think about the devastation of hurrican and a tornado.