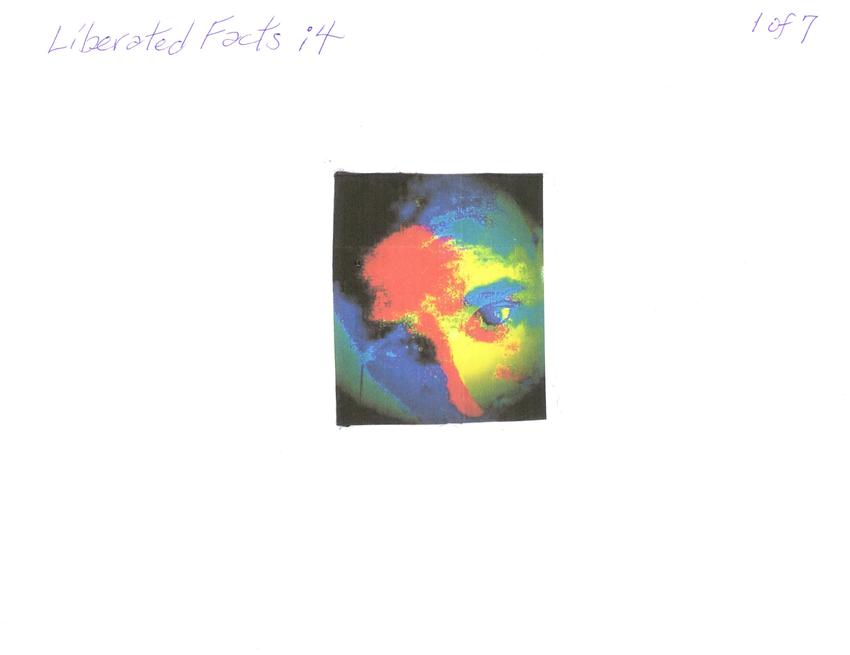 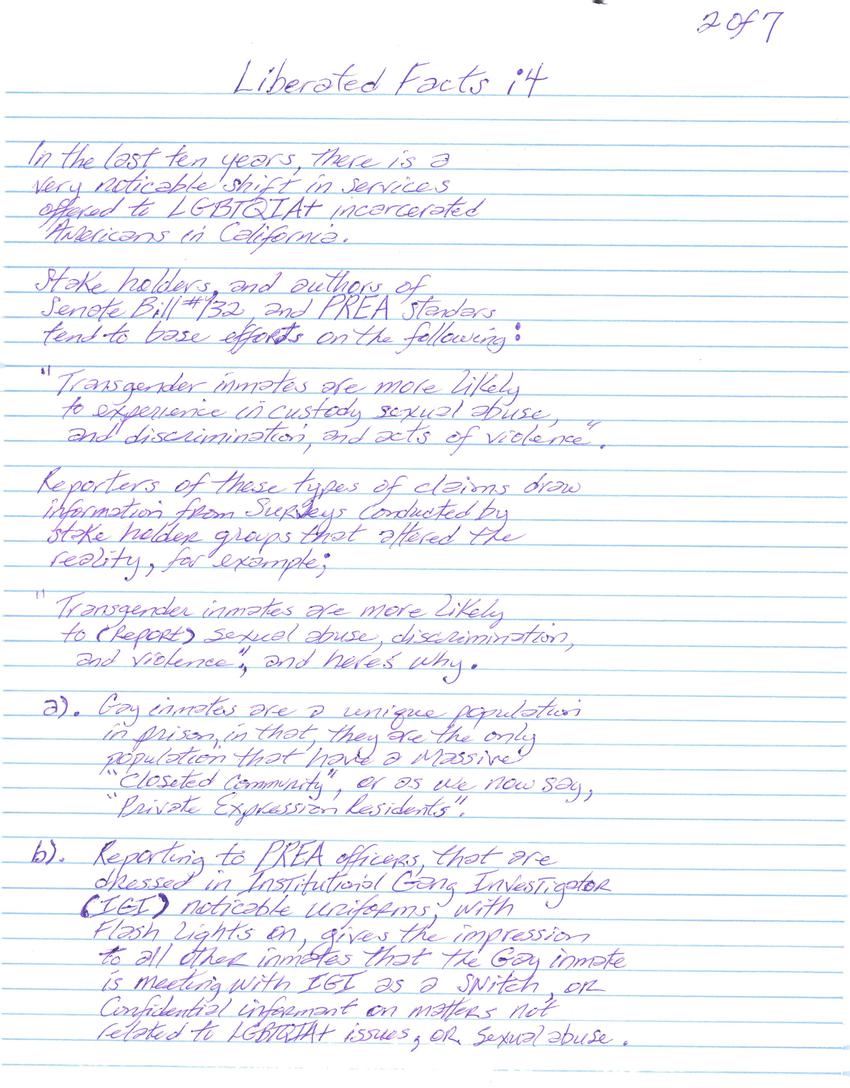 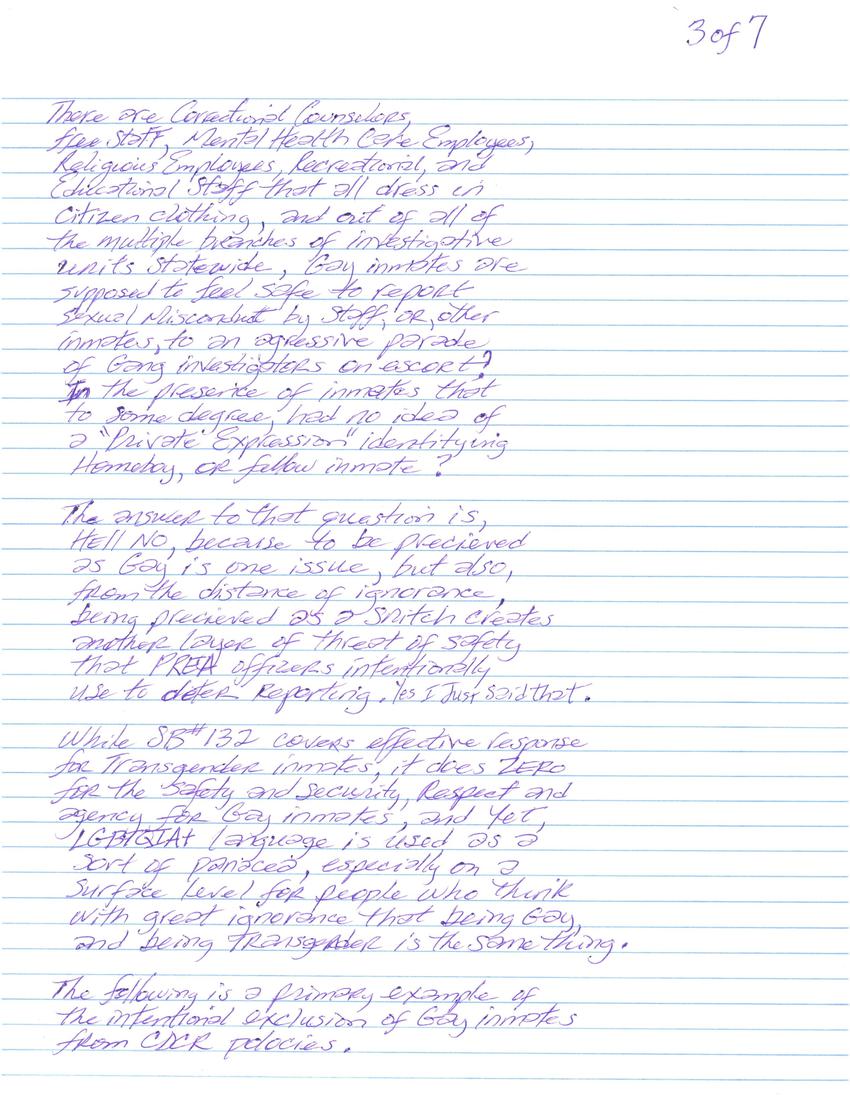 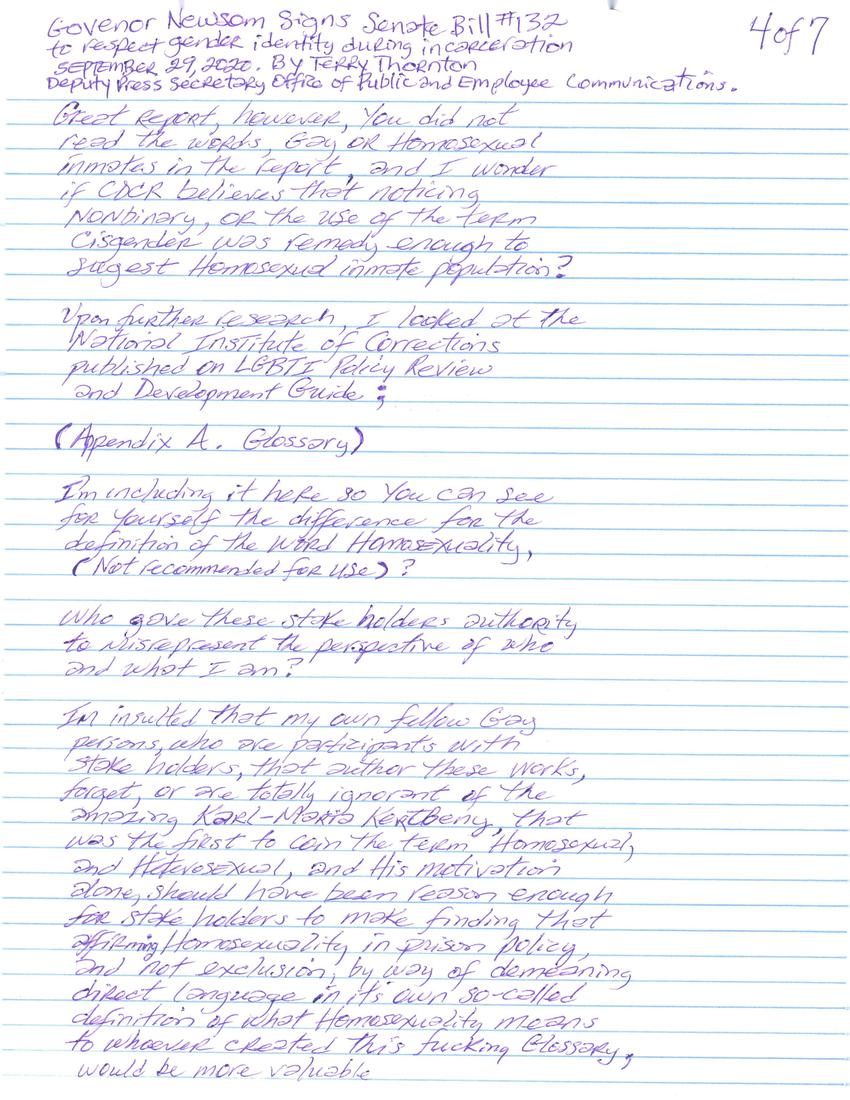 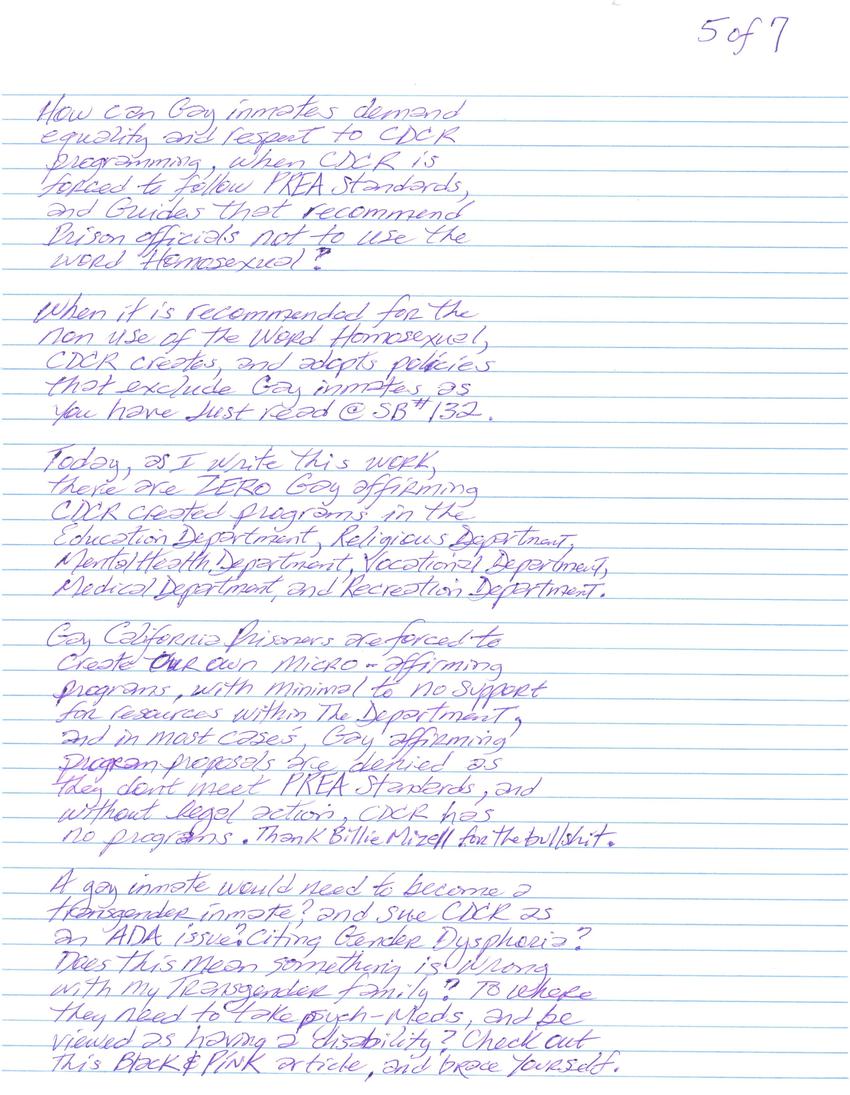 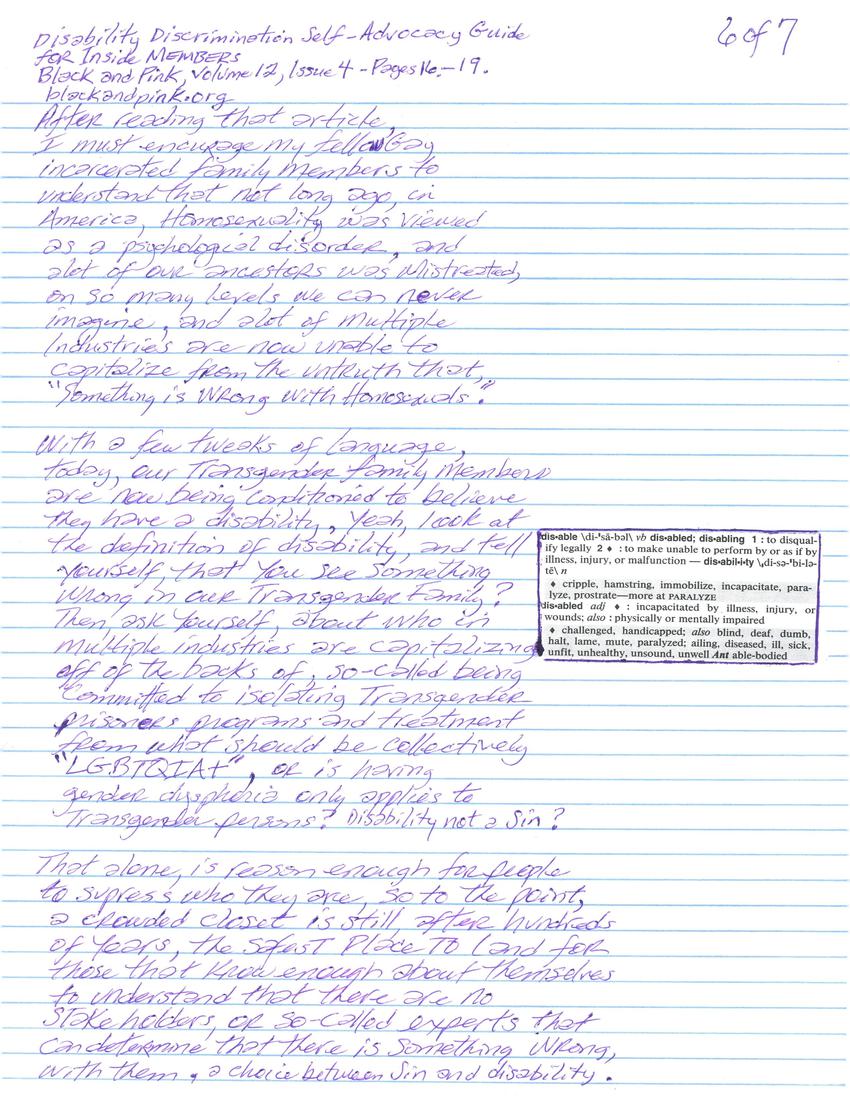 Liberated Facts i4
In the last ten years, there is a very noticeable shift in services offered to LGBTQIA+ incarcerated Americans in California.
Stake holders and authors of Senate Bill #132 and PREA standards tend to base efforts on the following:
"Transgender inmates are more likely to experience in custody sexual abuse, and discrimination, and acts of violence".
Reporters of these types of claims draw information from surveys conducted by stake holder groups that altered the reality, for example;
"Transgender inmates are more likely to (report) sexual abuse, discrimination, and violence," and here's why.
a). Gay inmates are a unique population in prison, in that, they are the only population that have a massive "closeted community," or as we now say, "Private Expression Residents".
b). Reporting to PREA officers, that are dressed in Institutional Gang Investigator (IGI) noticeable uniforms, with Flash Lights on, gives the impression to all other inmates that the Gay inmate is meeting with IGI as a snitch, OR Confidential informant on matters not related to LGBTQIA+ issues, or sexual abuse.
There are correctional counselors, free staff, mental health care employees, religious employees, recreational, and educational staff that all dress in citizen clothing, and out of all of the multiple branches of investigative units statewide, gay inmates are supposed to feel safe to report sexual misconduct by staff, or, other inmates, to an aggressive parade of gang investigators on escort? In the presence of inmates that to some degree, had no idea of "Private Expression" identifying Homeboy, or fellow inmate?
The answer to that question is HELL NO, because to be perceived as Gay is one issue, but also, from the distance of ignorance, being perceived as a snitch creates another layer of threat of safety that PREA officers intentionally use to deter reporting, 'es I Just said That. While SB #132 covers effective response for Transgender inmates, it does ZERO for the safety and security, respect and agency for GAy inmates, and yet LGBTQIA+ language is used as a sort of panacea, especially on a surface level for people who think with great ignorance that being gay, and being transgender is the same thing.
The following is a primary example of the intentional exclusion of gay inmates from CDCR policies.
Governor Newsom signs Senate Bill #132 to respect gender identity during incarceration September 29, 2020. By Terry Thornton Deputy Press Secretary Office of Public and Employee Communications.
Great report, however, you did not read the words, gay or homosexual inmates in the report and I wonder if CDCR believes that noticing nonbinary, or the use of the term cisgender was remedy enough to suggest homosexual inmate population?
upon further research, I looked at the National Institute of COrrections published on the LGBTI Policy Review and Development Guide;
(Appendix A. Glossary)

I'm including it here so you can see for yourself the difference for the definition of the word homosexuality, (not recommended for use)?

Who gave these stake holders authority to misrepresent the perspective of who and what I am?

Thanks for writing! I worked on the transcription for your post. While I couldn't finish it, I did learn a lot and I am very thankful that you wrote this. As someone who is in the LGBT community, it was very personal and informational to read this. I hope lawmakers do more for gay and trans inmates.