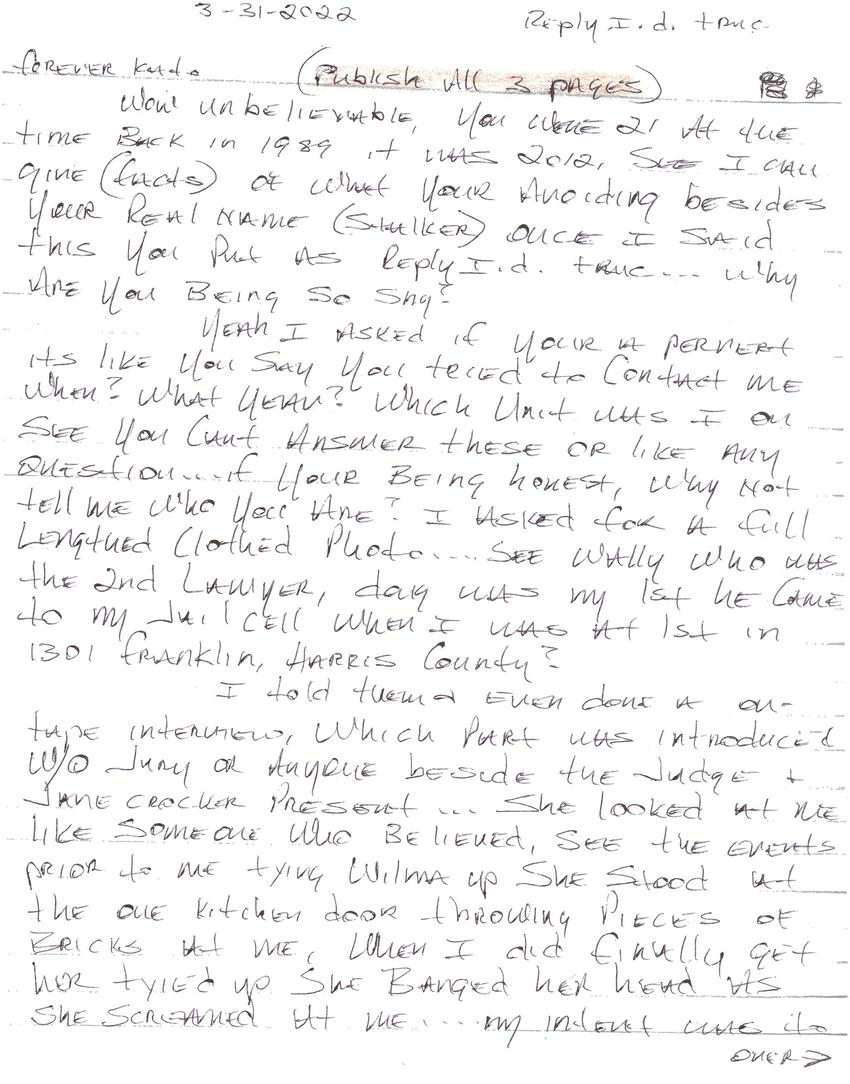 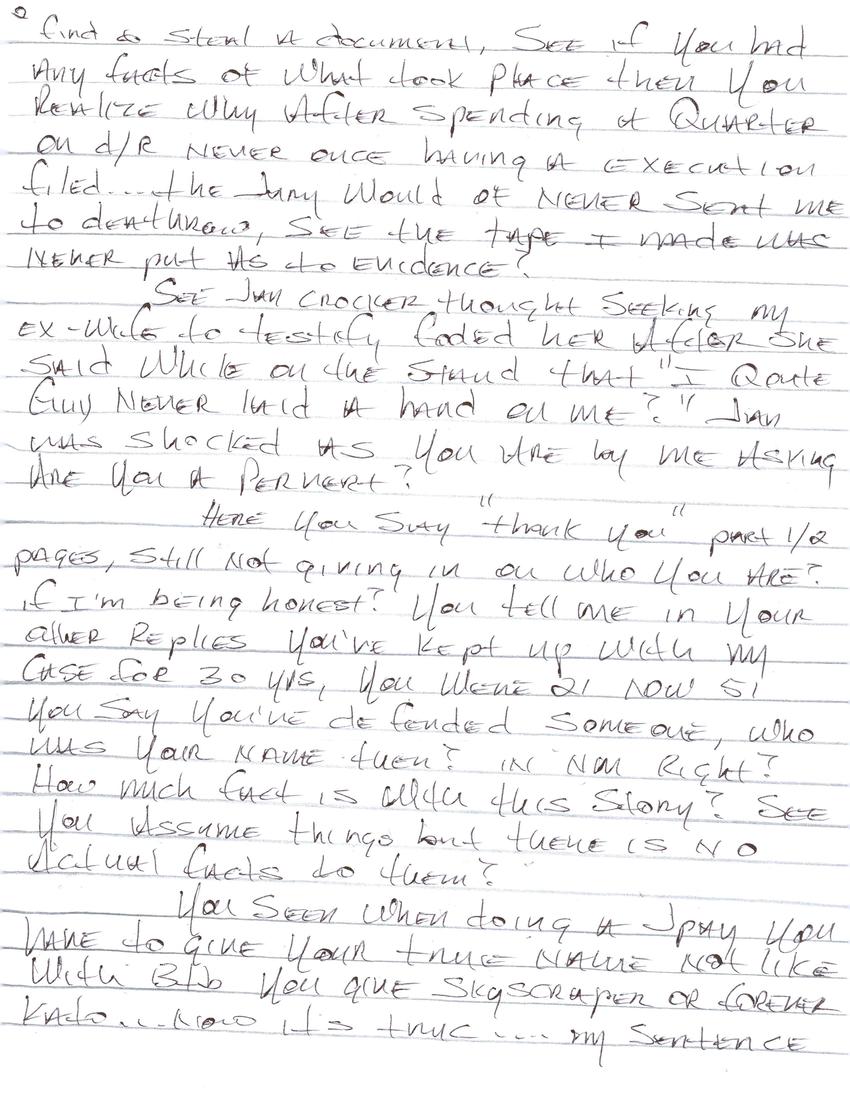 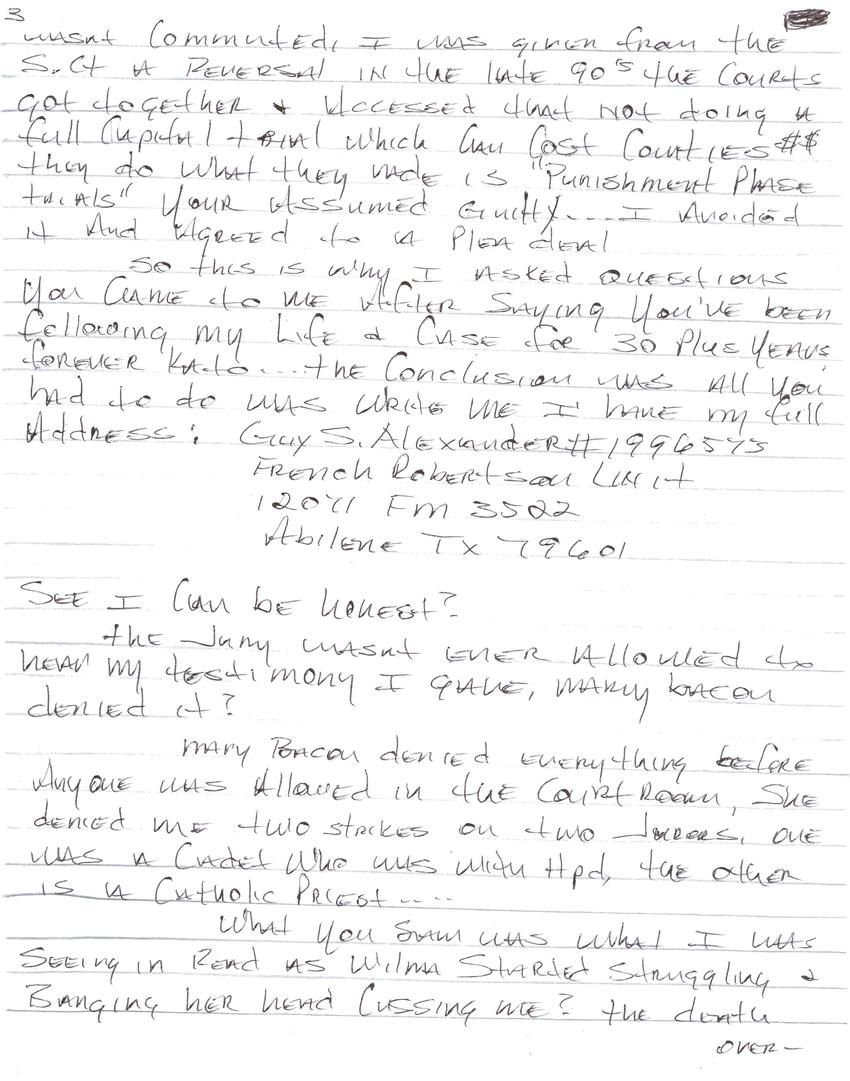 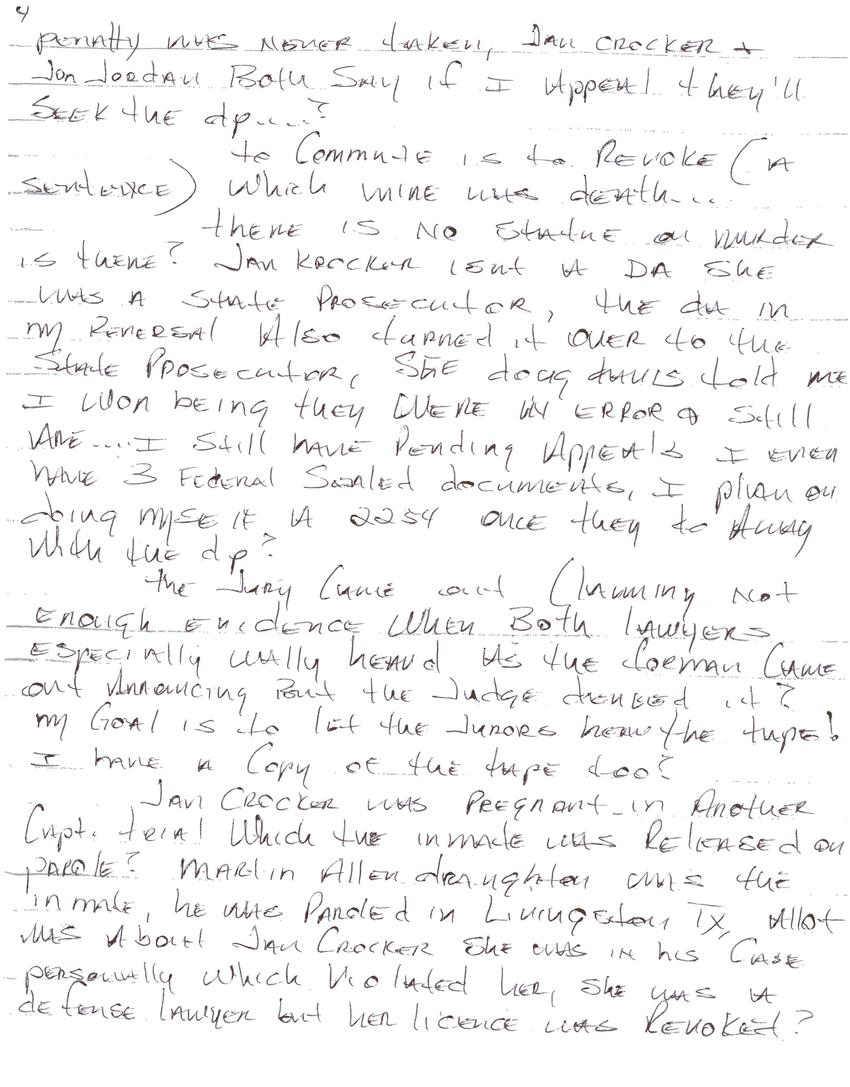 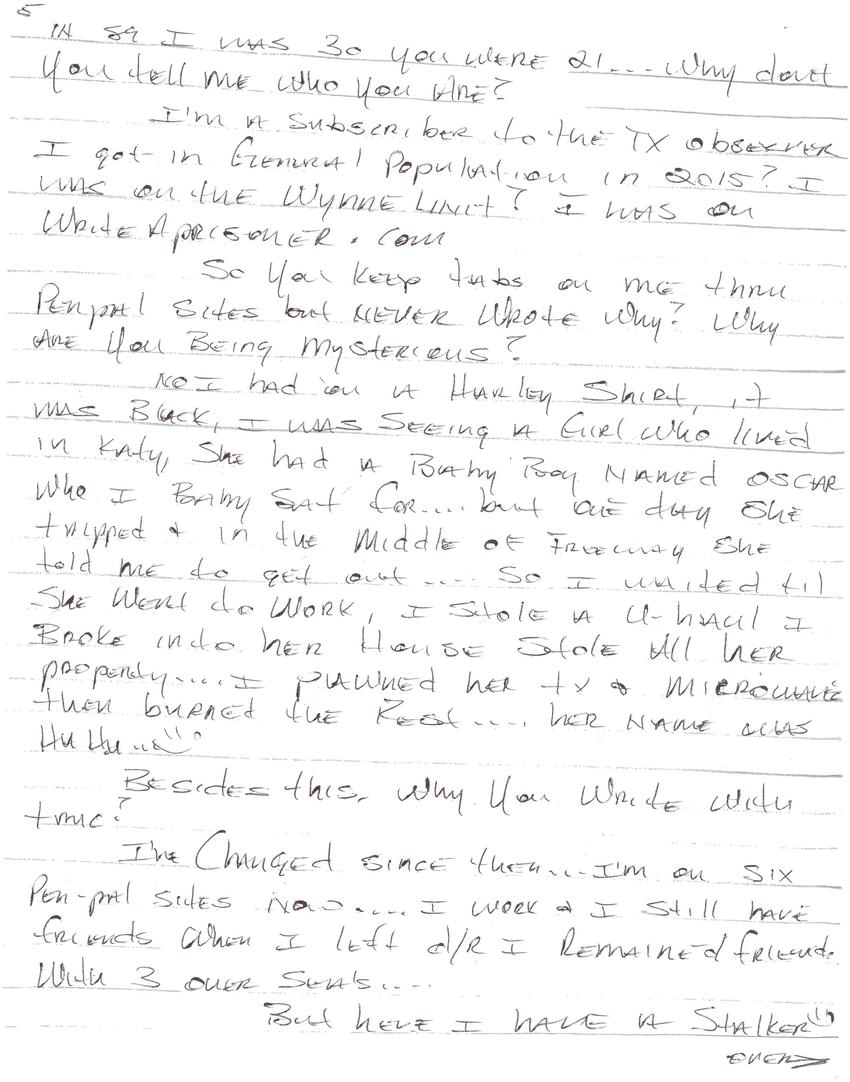 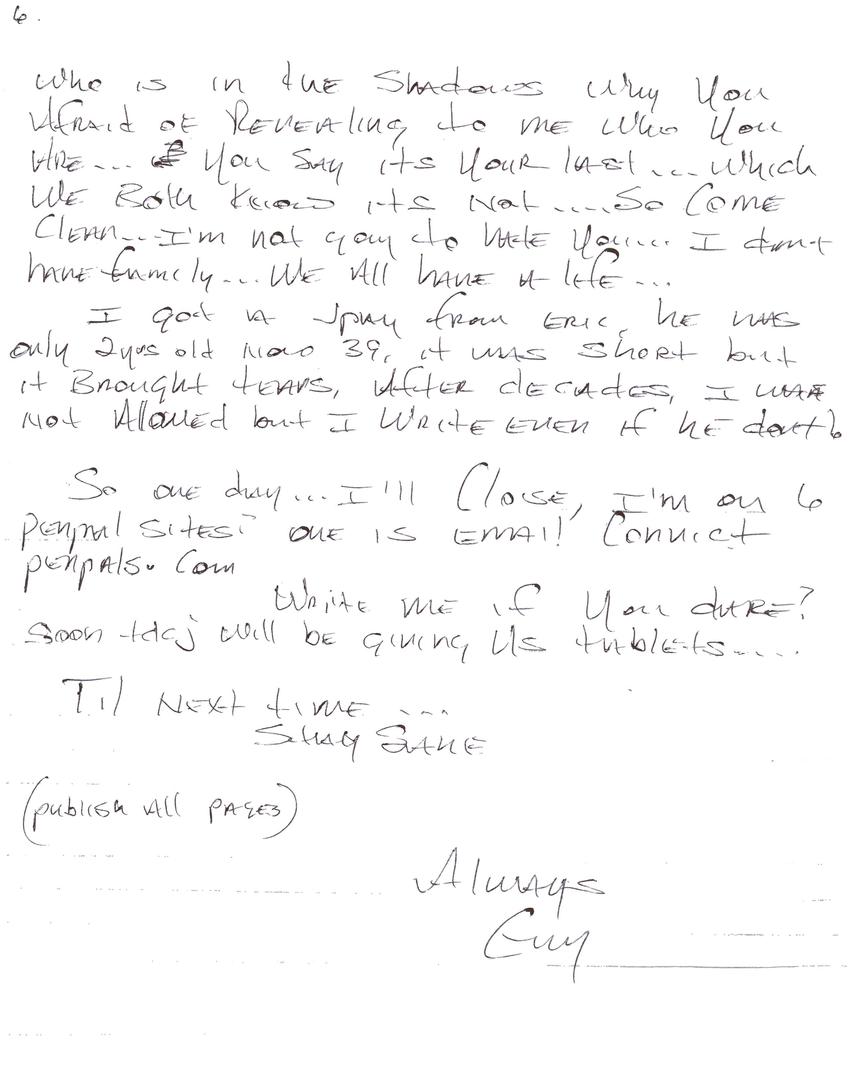 The only reason I'm writing this is to let you know I read all your replies... however, I have told you everything I intended to. You are obsessed with my identity as if you know me or I have "stalked you". Nothing could be further from the truth. At the time of your trial I was a college student interested in attending law school and decided to goto the court house and watch trials. I happened to find yours. That's it. I haven't tried to contact you except once a few years ago when I saw you on a pen pal site. I have no memory of what it was and to my knowledge you never replied. I happened to look you up again this year and saw this site so I wrote you again.

Now, I am really not trying to be mean or argumentative, but I read your account of what happened and not only does most of it directly contradict the facts I vividly remember but it contradicted the confession you signed. Additionally, in one of your appellate decisions, the court summarized the facts of your case. This is public. Anyone can see it. You are suggesting that Wilma banged her head to death? That is simply absurd. There were brick shaped gash wounds in her head revealed in the autopsy. Massive, massive amounts of blood. Your crime was BRUTAL. I'm sorry but those are the facts and no statement you gave would have changed that. You could have testified at trial but didn't. Even your own lawyer Doug in the penalty phase told the jury "You made the right decision in the first phase. He did it." Your sentence being reversed and taken off death row had nothing to do with your innocence. It had to do with the Court not allowing certain past evidence in the penalty phase where the state had to prove "continuing threat to society" to win a death penalty. Never ever has your guilt in the crime been an issue.

Anyway, I wrote you simply to see how your life has been the last 3 decades. You chose to make it all about sex. I'm not trying to be mean to you or argue with you or do anything to make your life more difficult. I can acknowledge my mistake...I should not have written you.

In closing I am happy your son sent you a jpay and hopefully you can have a relationship with him. Everyone deserves to know their father and I hope there is something there for both of you.

Best of luck to you, Guy. 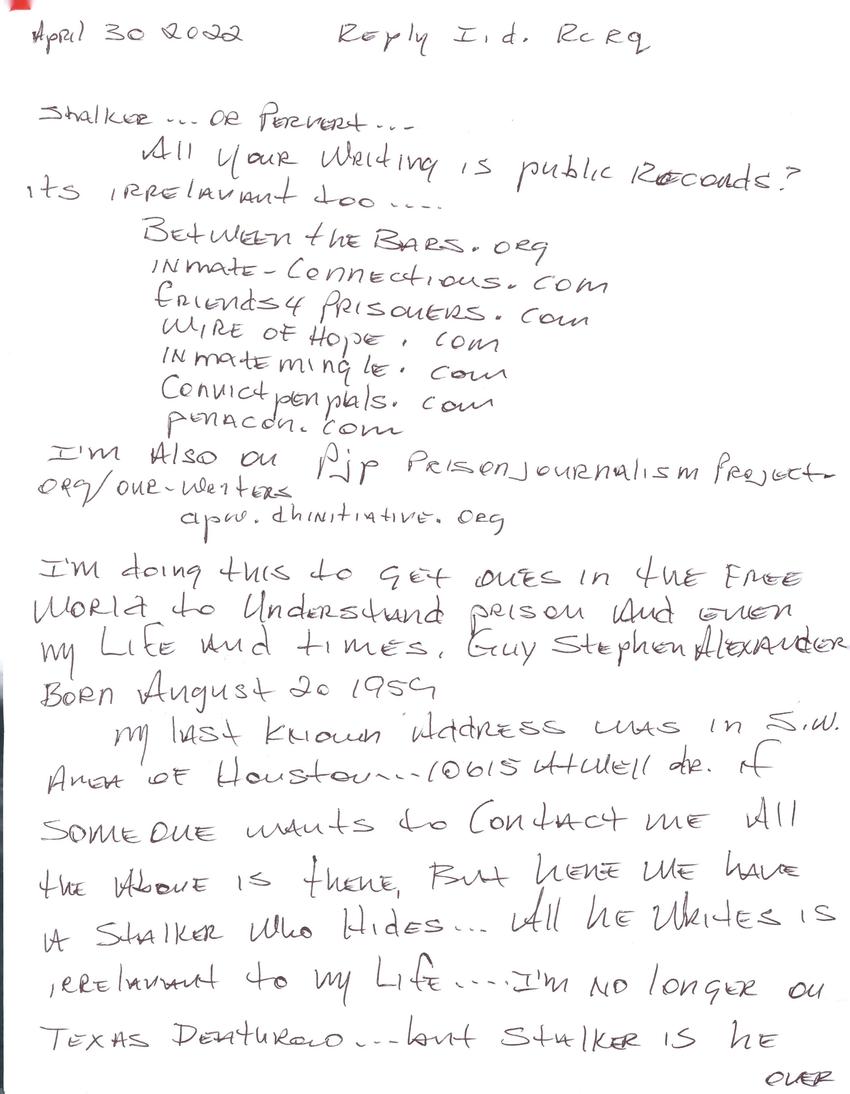 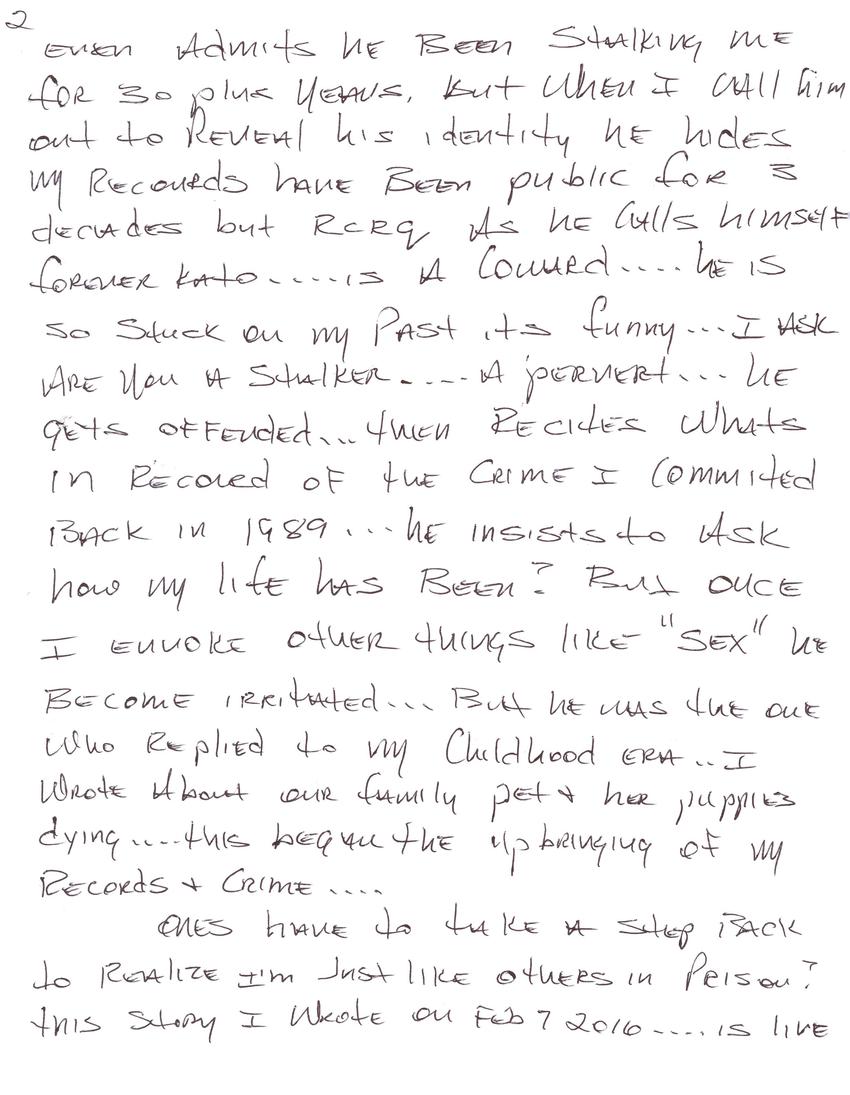 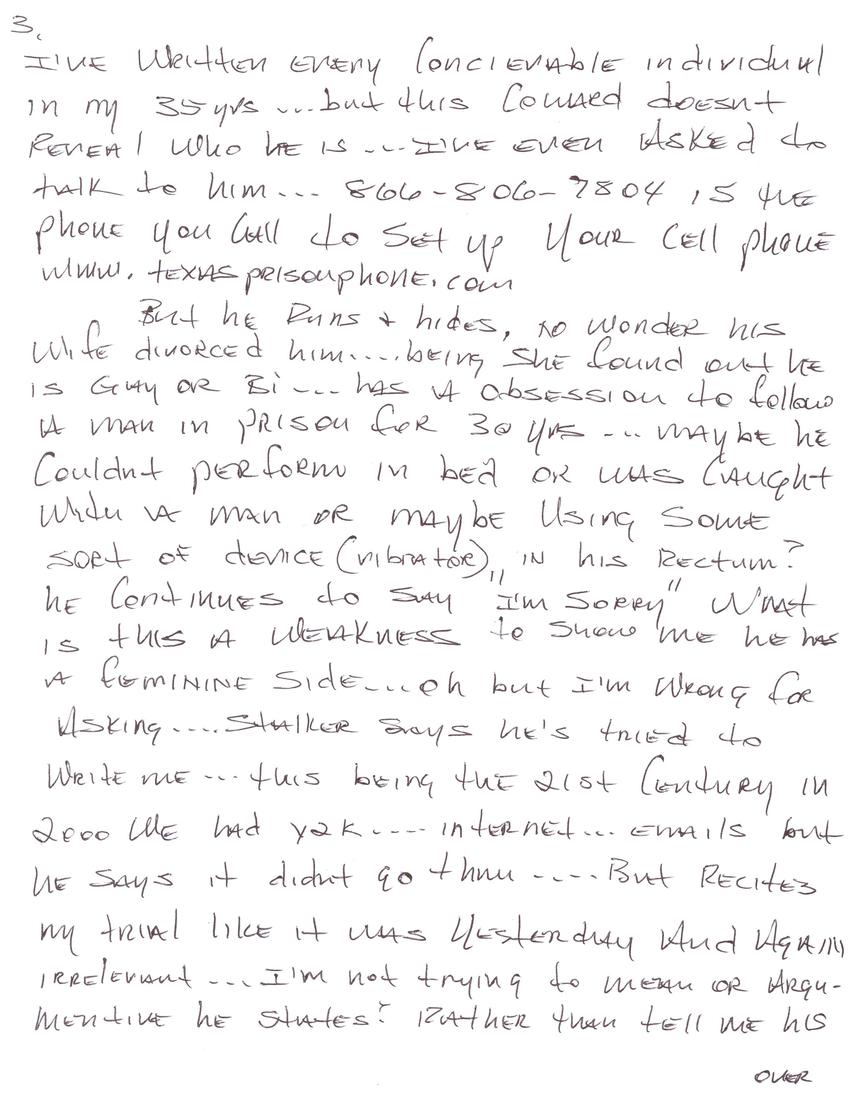 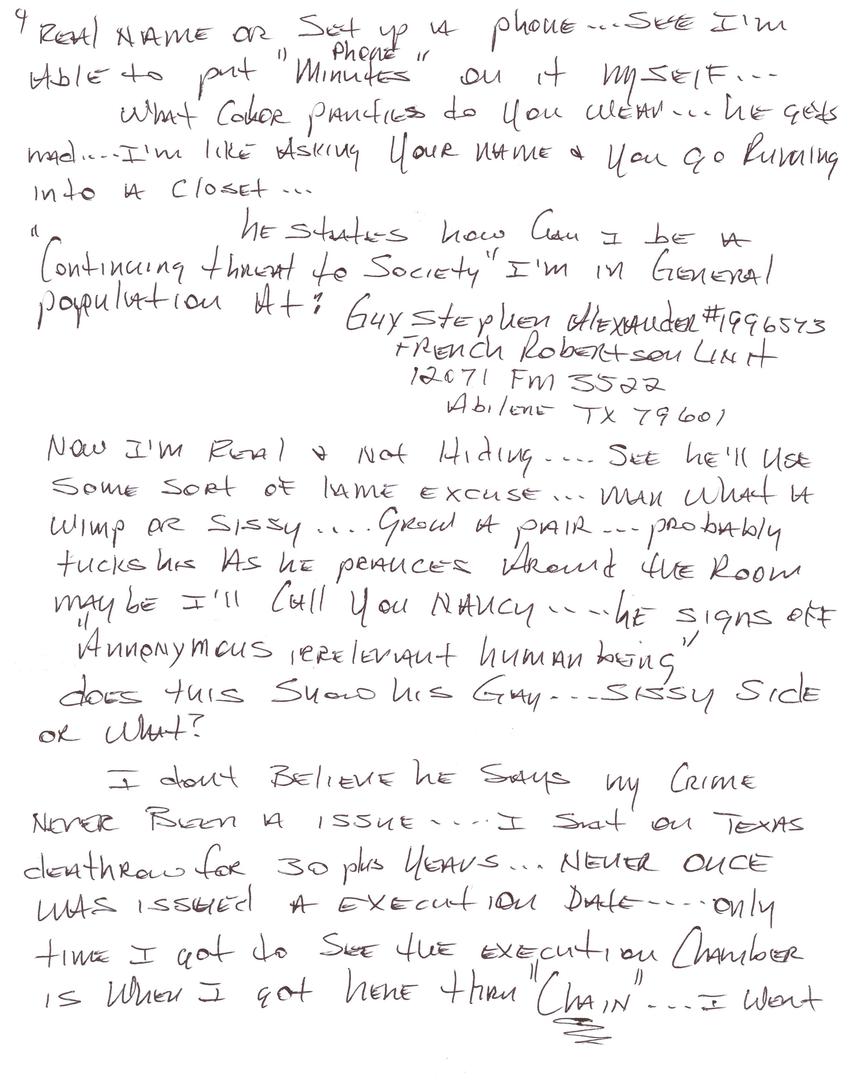 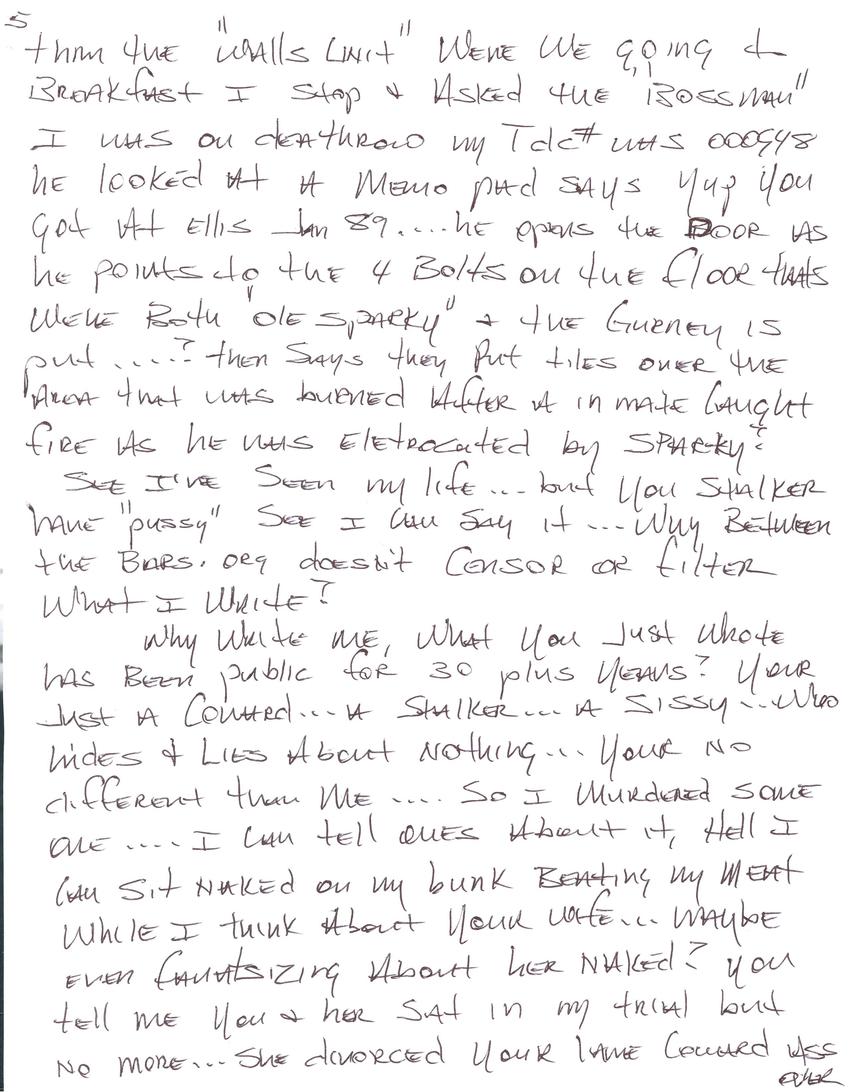 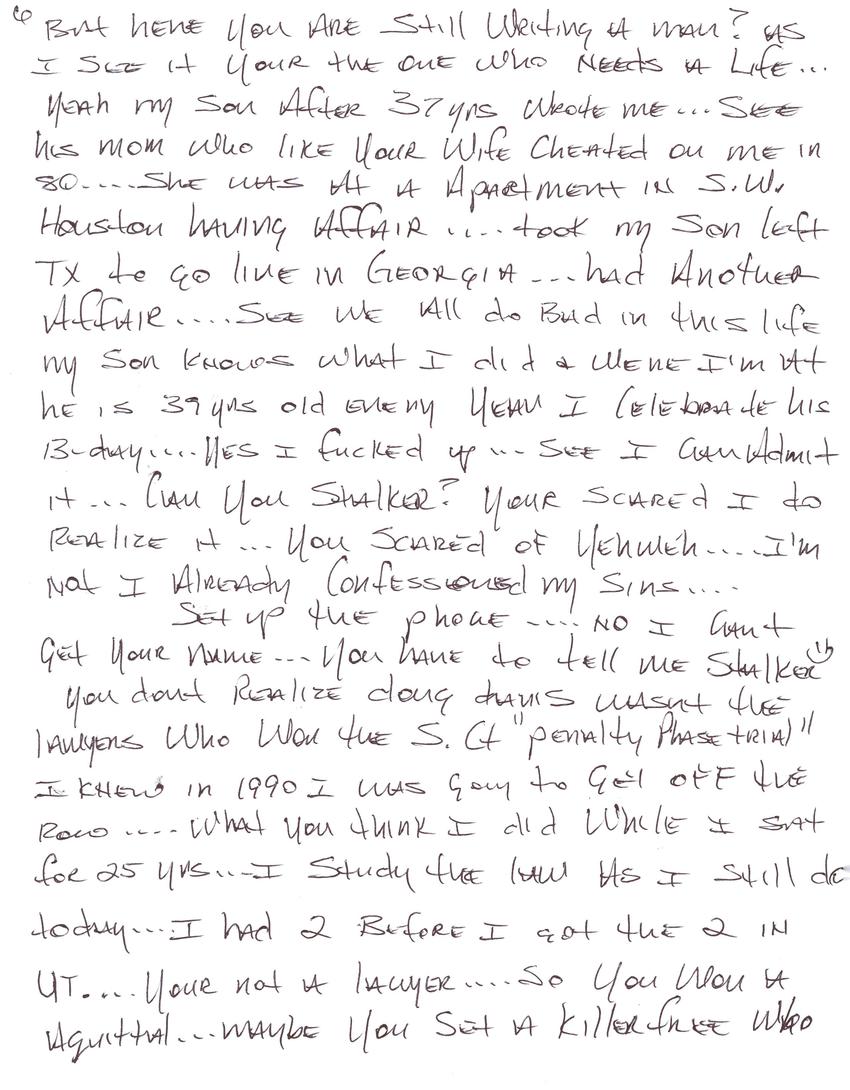 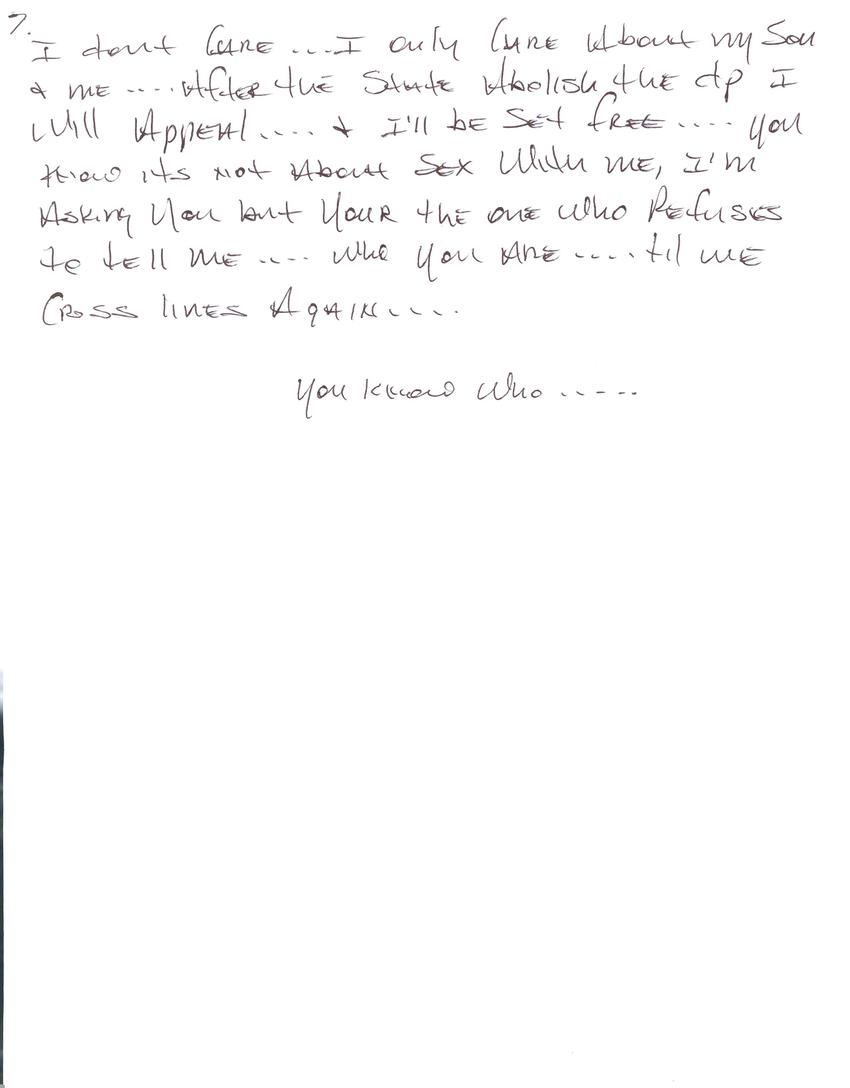 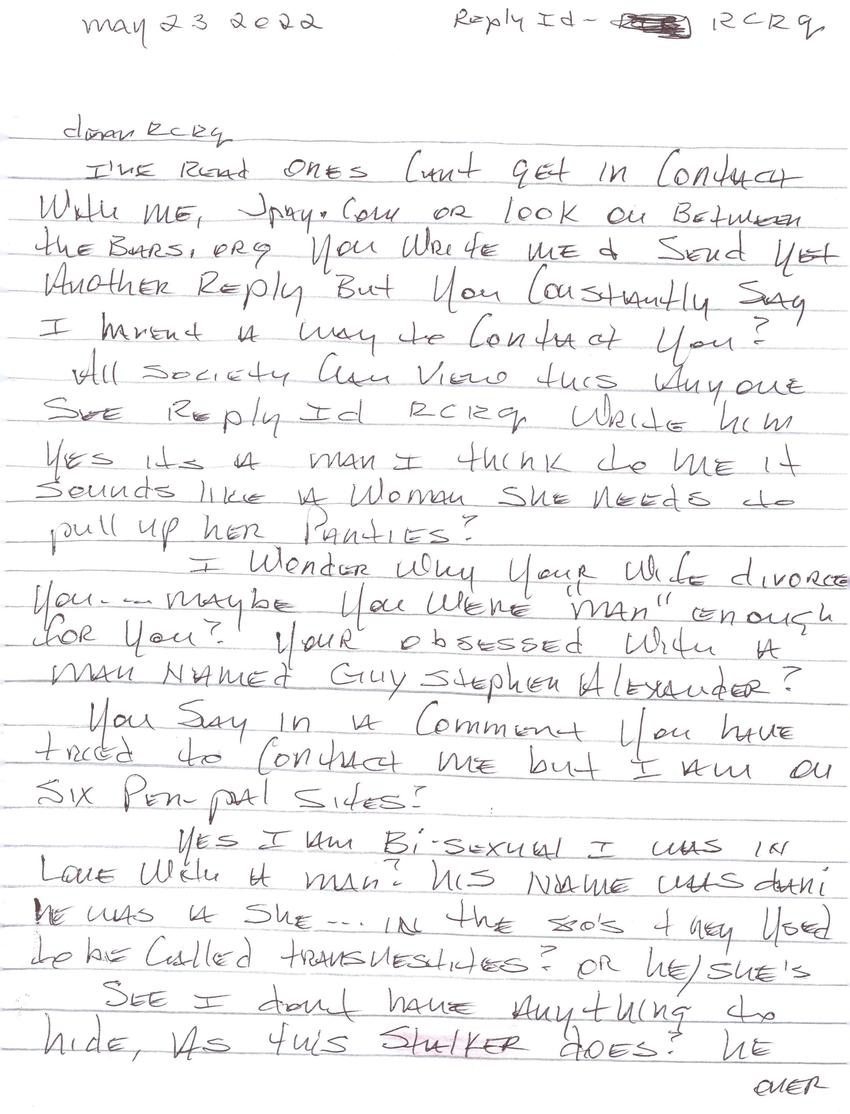 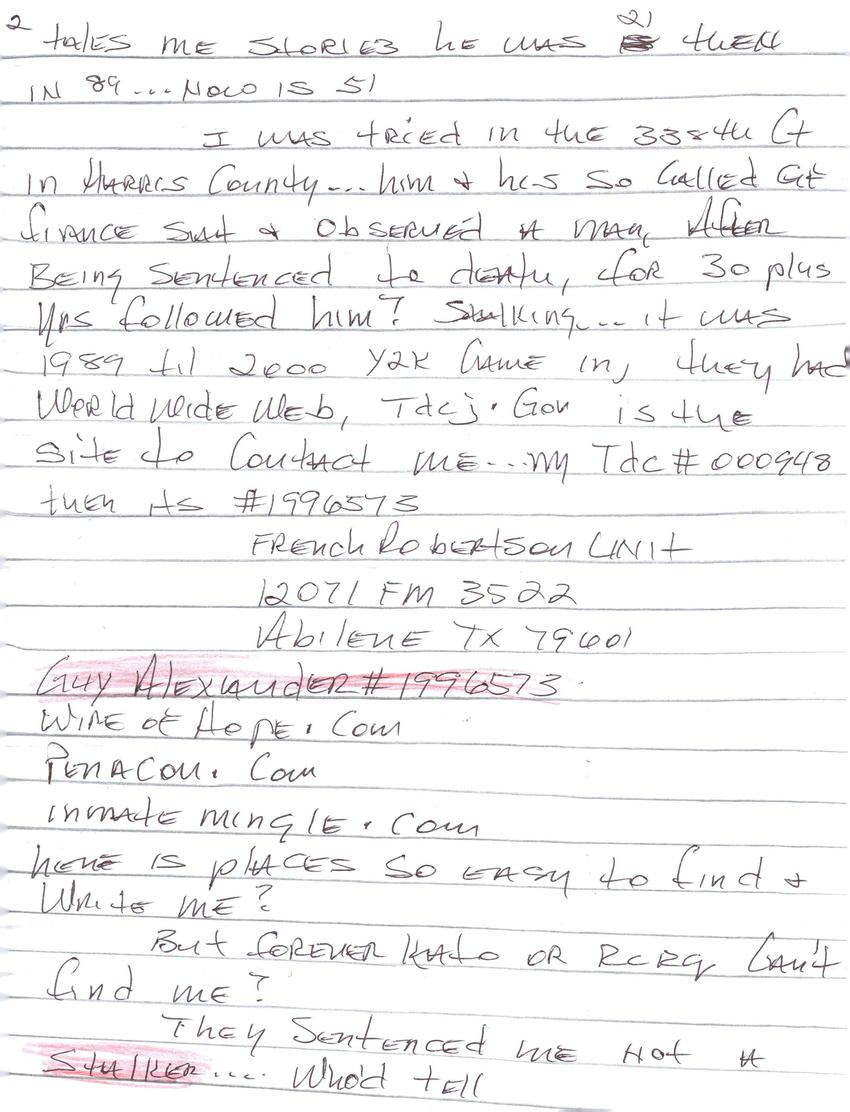 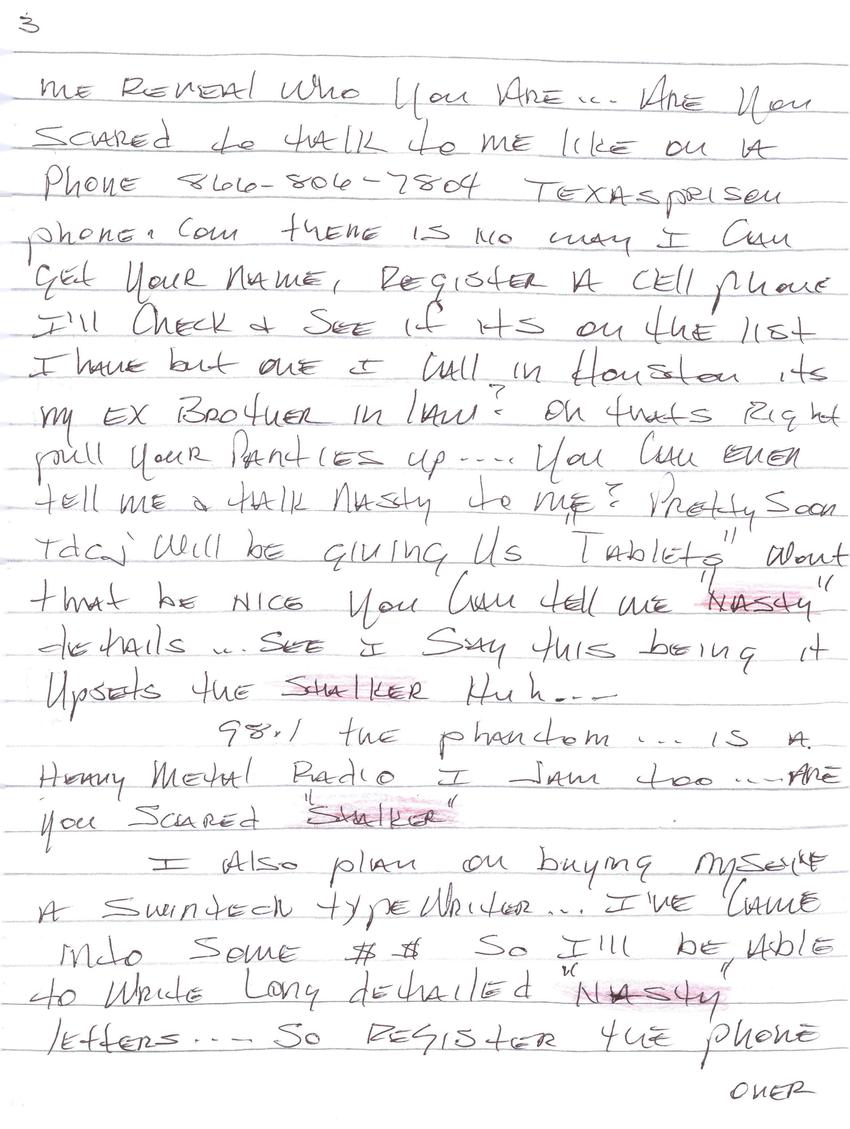 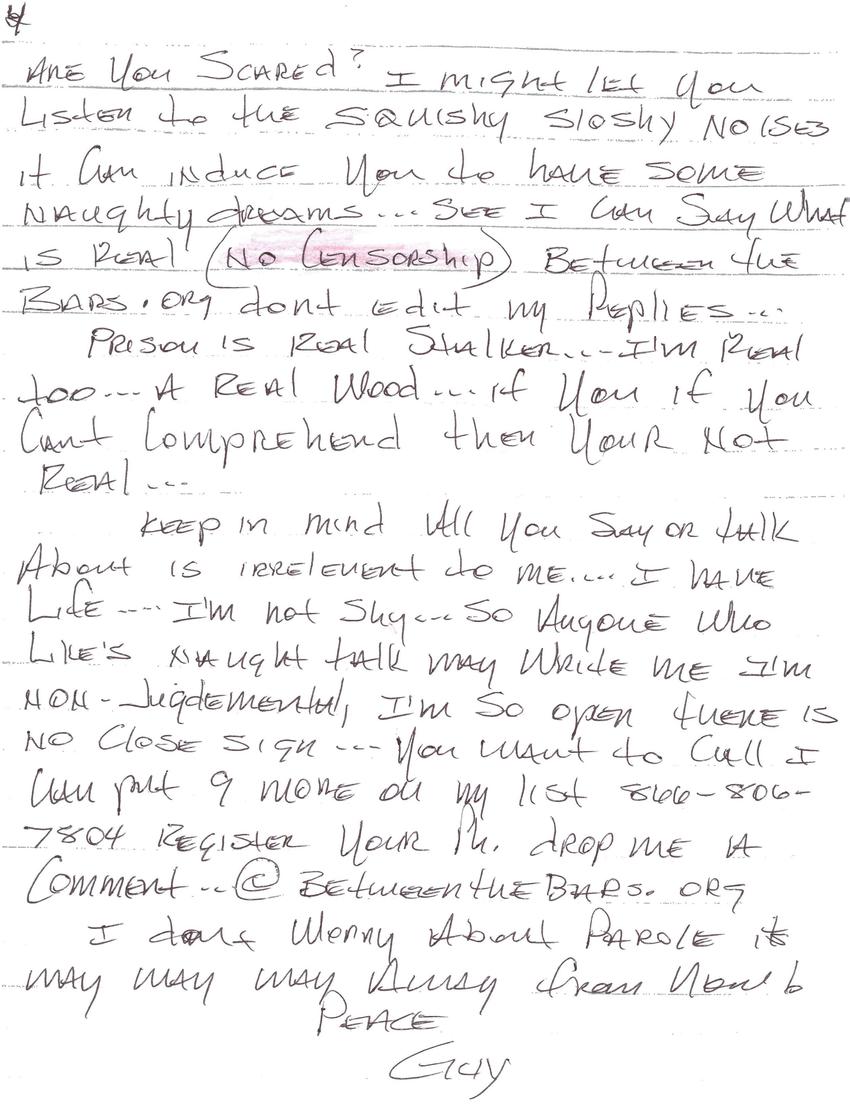