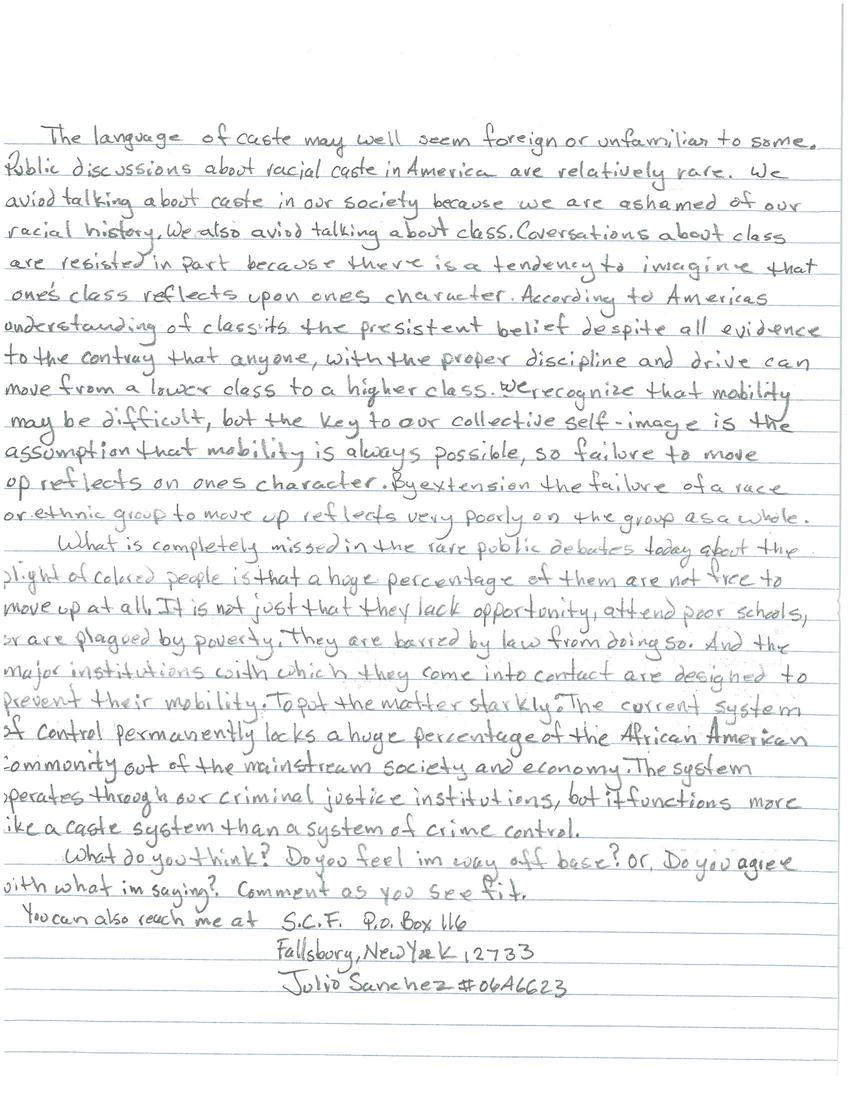 The language of caste may well seem foreign or unfamiliar to some. Public discussions about racial caste in America are relatively rare. We avoid talking about caste in our society because we are ashamed of our racial history. We also avoid talking about class. Conversations about class are resisted in part because there is a tendency to imagine that one's class reflects one's character.

According to Americans' understanding of class, it's the persistent belief (despite all evidence to the contrary) that anyone with proper disciple and drive can move from a lower class to a higher class. We recognize that mobility may be difficult, but the key to our collective self-image is the assumption that mobility is always possible. So failure to move up reflects on one's character. By extension, the failure of a race or ethnic group to move up reflects very poorly on the group as a whole.

What is completely missed in the rare public debates today about the plight of colored people is that a huge percentage of them are not free to move up at all. It is not just that they lack opportunity, attend poor schools, or a plagued by poverty. They are barred by law from doing so. And the major institutions with which they come into contact are designed to prevent their mobility. To put the matter starkly: The current system of control permanently lacks a huge percentage of the African American community out of the mainstream society and economy. The system separates through our criminal justice institutions, but it functions more like a caste system than a system of crime central.

What do you think? Do you feel I'm way off base? Or do you agree with what I'm saying? Comment as you see fit.

You can also reach me at: