Alternatives While Waiting: Self Reliance 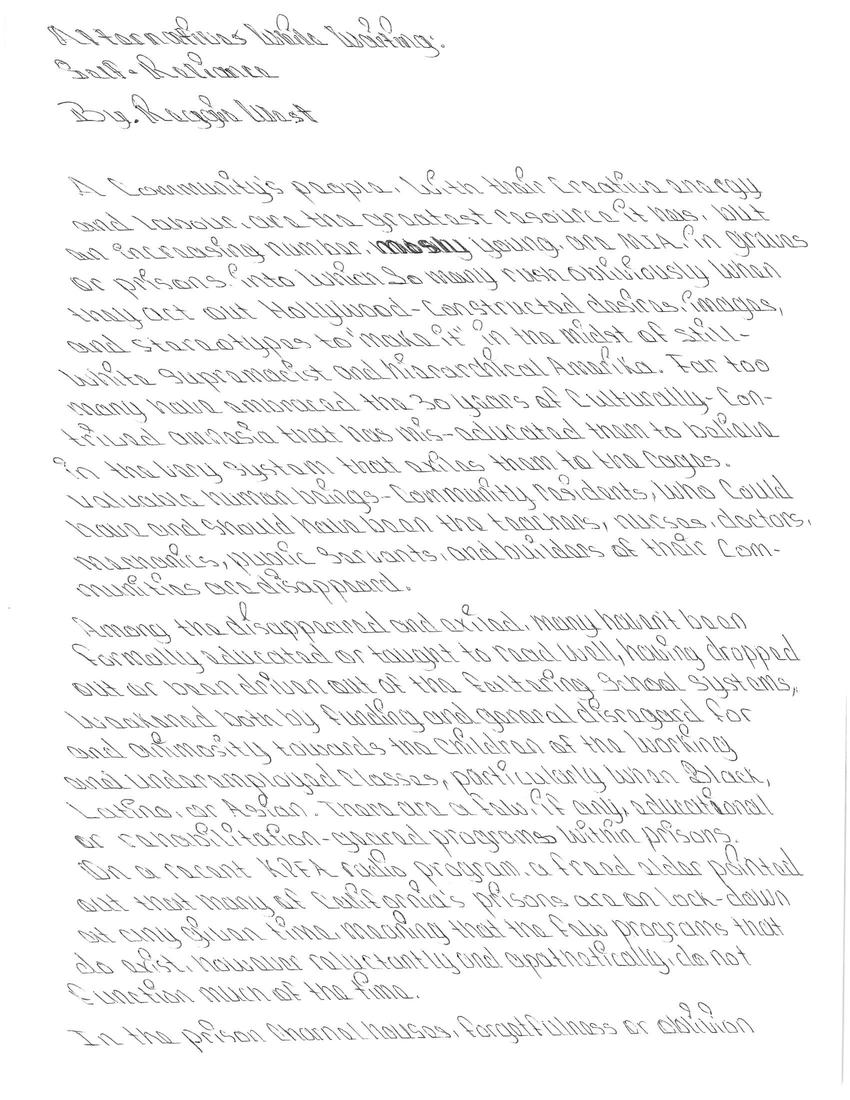 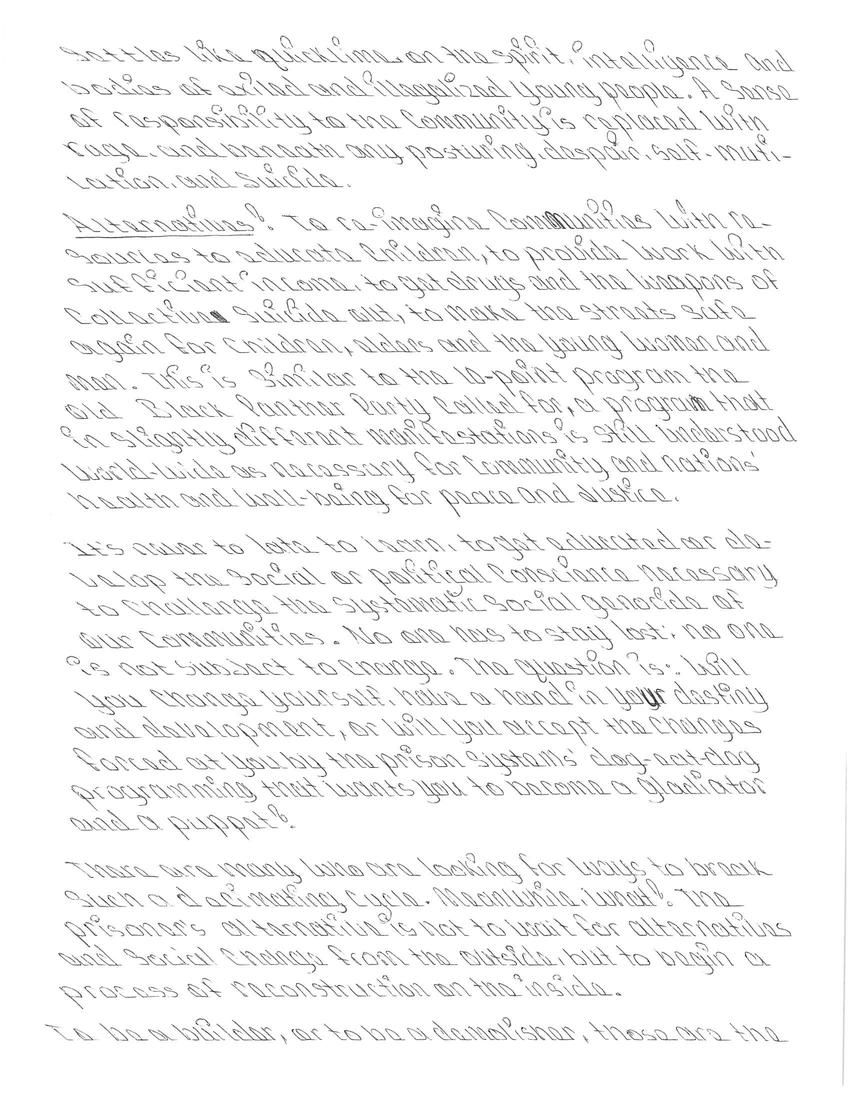 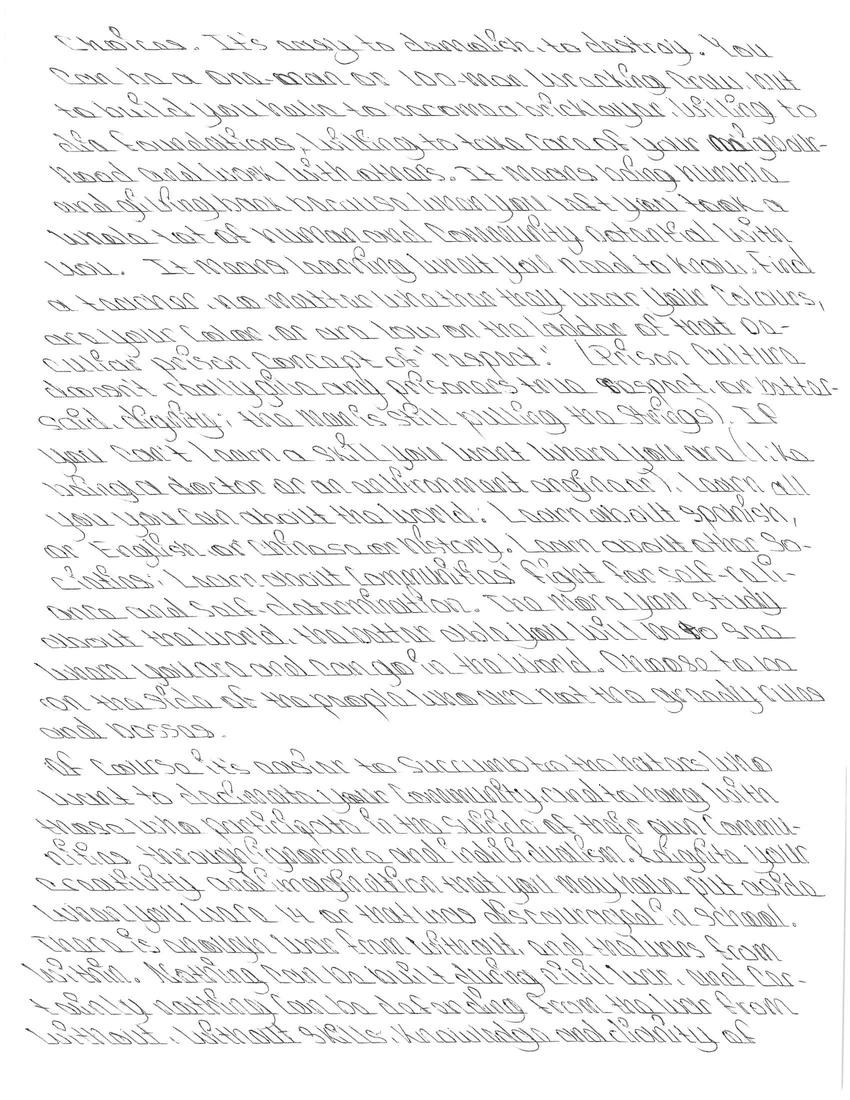 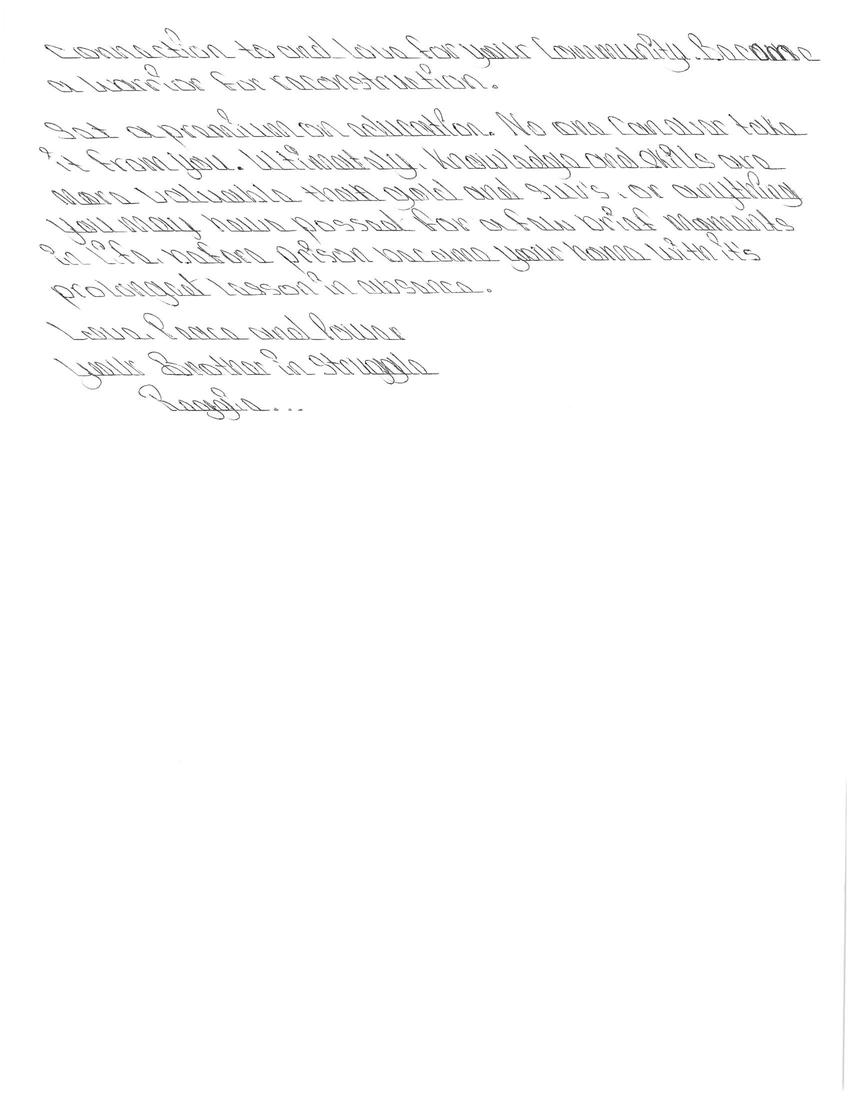 A community's people, with their creative energies and labor, are the greatest resource it has, but an increasing number of mostly young people are MIA, in graves, or in prison—into which so many rush obliviously when they act out Hollywood-constructed desires, images, and stereotypes to "make it" in the mist of still white supremacist and hierarchal Amerika. Too many have embraced the 30 years of culturally-contrived amnesia that they have uneducated themselves to believe in the very system that exiles them to the cages. Valuable human beings, community residents, who could have and should have been the teachers, nurses, doctors, mechanics, public servants, and builders of their communities disappear.

Among the disappeared and exiled, many haven't been formally educated or taught to read well, having dropped out or been driven out of the faltering school systems, weakened both by funding and general disregard for and animosity towards the children of the working and underemployed classes, particularly when black, Latino, or Asian.

There are a few, if any, educational or rehabilitative programs within prisons. On a recent KPFA radio program, a freed elder pointed out that many of California's prisons are on lockdown at any given time, meaning that few programs exist to help and those that do, however reluctantly, do not function most of the time.

In the prison charnal houses, forgetfulness or oblivion settles like quicklime on the spirit, intelligence ,and bodies of the exiled and illegalized young people. A sense of responsibility to the community is replaced with rage, and beneath any posturing, despair, self-mutilation, and suicide.

Alternatives! To re-imagine communities with resources to educate children, to provide work with sufficient income, to get drugs and the weapons of collective suicide out, to make the streets safe again for children, elders, and the young women and men. This is similar to the 10-point program the old Black Panther Party called for, a program that, in slightly different manifestations, is still understood worldwide as necessary for communities' and nations' health, and wellbeing for peace and justice.

It's never too late to learn, to get educated, or develop the social or political conscience necessary to challenge the systematic social genocide of our communities. No one has to stay lost; everyone can change. The question is will you change yourself, have a hand in your destiny and development, or will you accept the changes forced upon you by the prison systems' dog-eat-dog programming that wants you to become a gladiator and a puppet?

There are many who are looking for ways tor break such a decimating cycle. Meanwhile, what! The prisoner's alternative is not to wait for alternatives and social change from the outside, but to begin a process of reconstruction on the inside.

To be a builder or to be a demolisher, those are the choices. It's easy to demolish, to destroy. You can be a one-man or 100-man wrecking crew.

But to build, you have to become a brick layer, willing to dig foundations, willing to take care of your neighborhood, and work with others. It means being humble and giving back because, when you left, you took a whole lot of human and community potential with you.

It means learning what you need to know. Find a teacher, whether they wear your colors or are you color, or are low on the ladder of that particular prison concept of "respect." (Prison culture doesn't really give any prisoners any true respect or, better said, dignity; the man is still pulling the strings). Learn all you can about the world. Learn Spanish or English or Chinese or history. Learn about other societies. Learn about communities' fight for self-reliance and self-determination. The more you study about the world, the better able you will be to somewhere you are and can go in the world. Choose to be on the side of the people who are not the grannly rules and bosses.

Of course, it's easier to succumb to the haters who want to decimate your community and to hang with those who are sabotaging their own communities with ignorance and individualism. Reignite your creativity and imagination that you may have put aside when you were 14 or were discouraged to have in school. There is another war from without and the wars from within. Nothing can be built during civil war and certainly nothing can be defended from the war from without, without skills, knowledge, and dignity of connection to and love for your community. Become a warrior for reconstruction.

Set a premium on education. No one can ever take it from you. Ultimately, knowledge and skills are more valuable than gold and SUVs, or anything you may have possessed for a few brief moments in life before prison became your home with its prolonged lesson in absence.

Love, peace, and power
Your brother in struggle,
Reggie