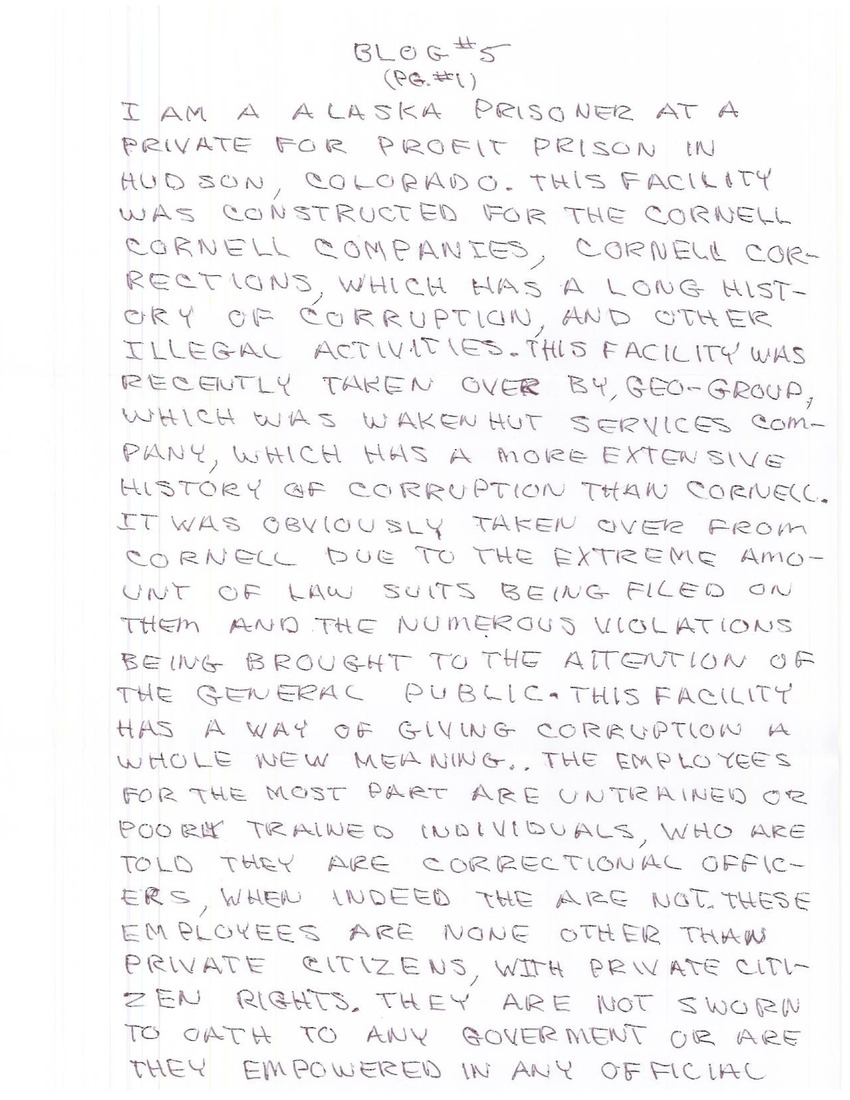 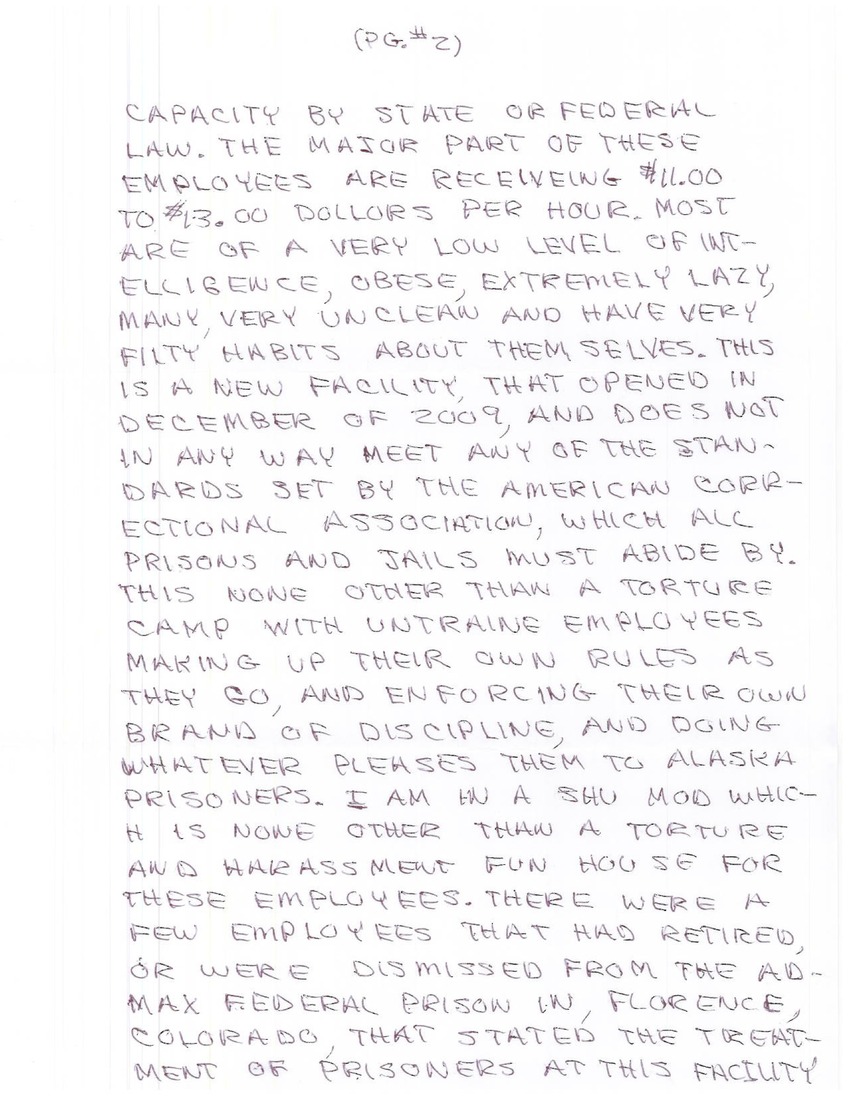 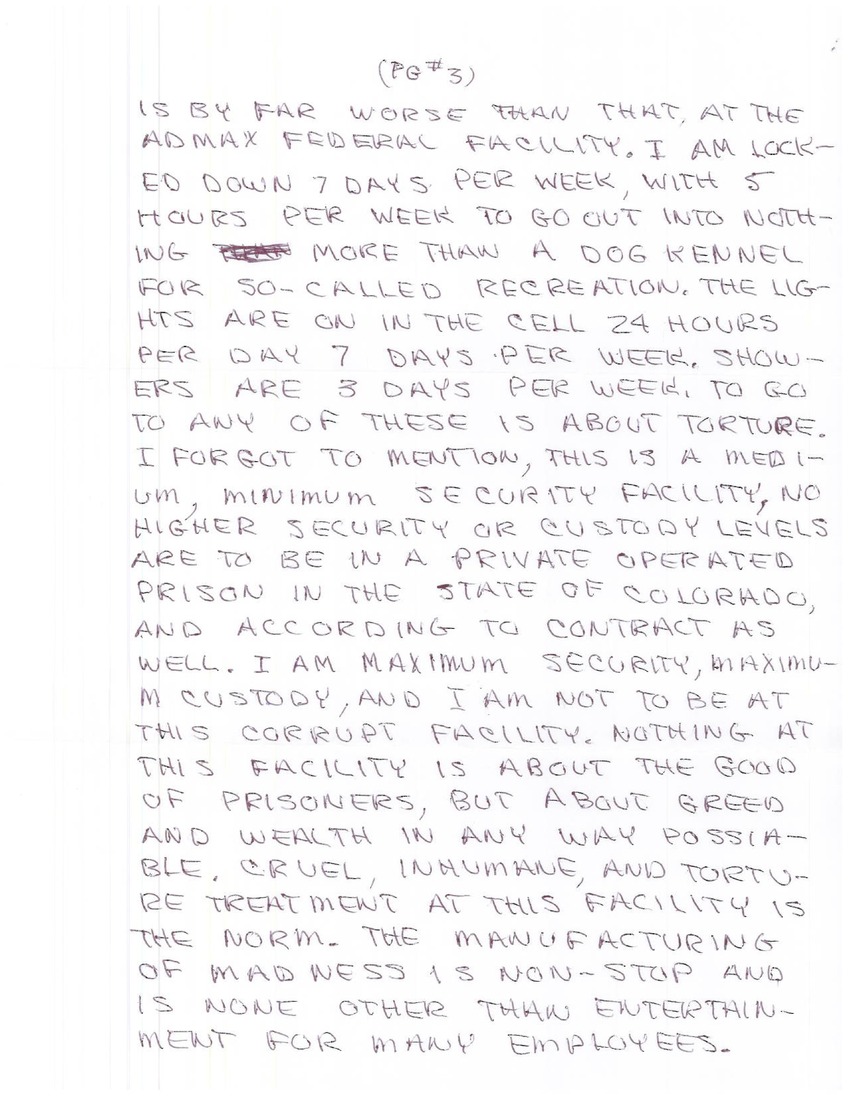 I am an Alaskan prisoner at a private for-profit prison in Hudson, Colorado. This facility was constructed for the Cornell Cornell Companies, Cornell Corrections, which has a long history of corruption and other illegal activities. This facility was recently taken over by Geo-Group, which was Wakenhut Services Company, which has a more extensive history of corruption than Cornell. It was obviously taken over from Cornell due to the extreme amount of law suits being filed on them and the numerous violations being brought to the attention of the general public.

This facility has a way of giving corruption a whole new meaning. The employees for the most part are untrained or poorly trained individuals who are told they are correctional officers when indeed they are not. These employees are none other than private citizens with private citizen rights. They are not sworn to oath to any government nor empowered in any official capacity by state or federal law. The major part of these employees are receiving $11.00 to $13.00 per hour. Most are of a very low level of intelligence, obese, extremely lazy, very unclean, and have very filthy habits about themselves.

This is a new facility that opened in December 2009 and does not in any way meet any of the standards set by the American Correctional Association which all prisons and jails must abide. This is none-other-than a torture camp with untrained employees, making up their own rules as they go; enforcing their own brand of discipline; and doing whatever pleases them to Alaskan prisoners.

I am in a SHU mod which is none other than a torture and harassment fun house for these employees. There were a few employees that had retired or were dismissed from the Ad-Max Federal prison in Florence, Colorado that stated the treatment of the prisoners at this facility is by far worse than that at the Ad-Max Federal Facility. I am locked down 7 days per week with 5 hours per week to go out with nothing more than a dog kennel for so-called recreation. The lights are on in the cell 24 hours per day, 7 days per week. Showers are 3 days per week. To go though any of these is about torture.

I forgot to mention: this is a minimum, minimum security facility. No higher security or custody levels are to be in a private operated prison in the state of Colorado, according to the contract. I am maximum security, maximum custody, and I am not to be at this corrupt facility.

Nothing about this facility is about the good of the prisoners. It's about greed and wealth in any way possible. Cruel, inhumane, and torture treatment at this facility is the norm. The manufacturing of madness is non-stop and nothing but entertainment for many employees.