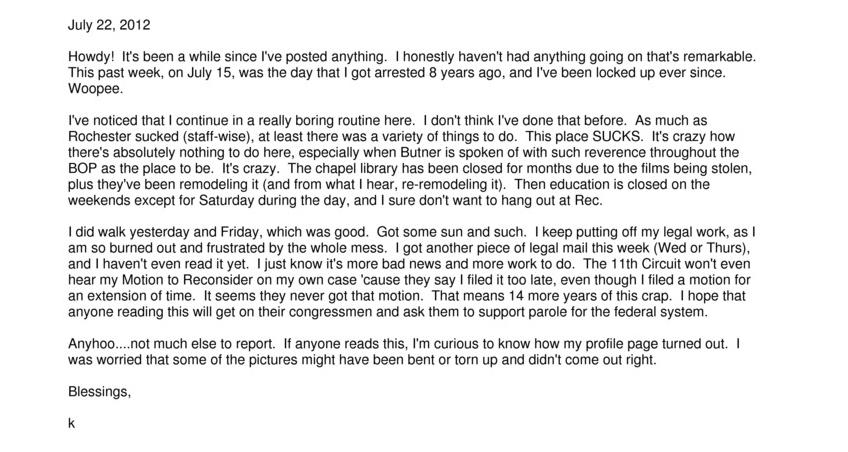 Howdy! It's been a while since I've posted anything. I honestly haven't had anything going on that's remarkable. This past week, on July 15, was the day that I got arrested 8 years ago, and I've been locked up ever since. Woopee.

I've noticed that I continue in a really boring routine here. I don't think I've done that before. As much as Rochester sucked (staff-wise), at least there was a variety of things to do. This place SUCKS. It's crazy how there's absolutely nothing to do here, especially when Butner is spoken of with such reverence throughout the BOP as the place to be. It;s crazy. The chapel library has been closed for months due to the films being stolen, plus thy've been remodelling it (and from what I hear, re-modelling ot). Then education is closed on the weekends except for Saturday during the day, and I sure don't want to hang out at Rec.

I did walk yesterday and Friday, which was good. Got some sun and such. I keep putting off my legal work, as I am so burned out and frustrated by the whole mess. I got another piece of legal mail this week (Wed or Thurs),and I haven't even read it yet. I just kniw it's more bad news and more work to do. The 11th Circuit won't even hear my Motion to reconsider on my own case 'cause they say I filed it too late, even though I filed a motion for an extension of time. It seems they never got that motion. That means 14 more years of this crap. I hope that anyone reading this will get on their congressman and ask them to support parole for the federal system.

Anyhoo....not much else to report. If anyone reads this, I'm curious to know how my profile page turned out. I was worried that some of the pictures might have been bent or torn up and didn't come out right.

Thanks for writing! I finished the transcription for your post.
(scanned reply – view as blog post)
uploaded Nov. 4, 2012.  Original (PDF) 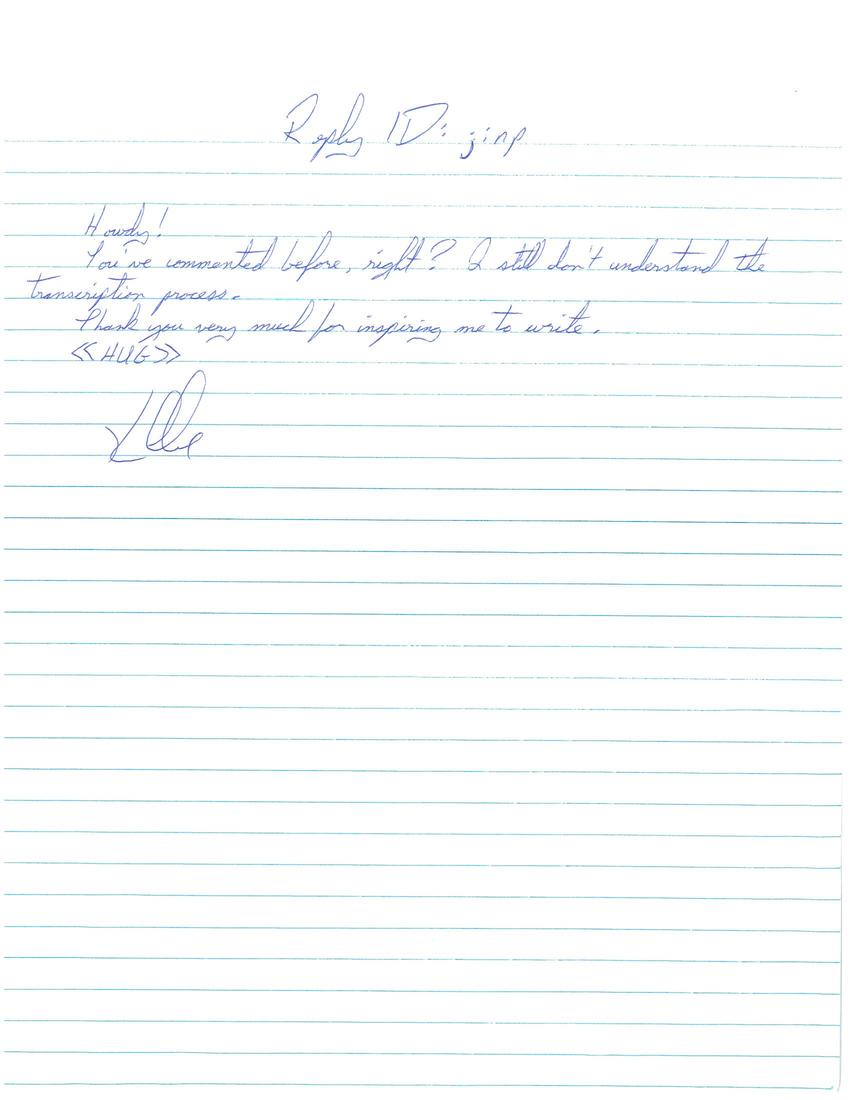