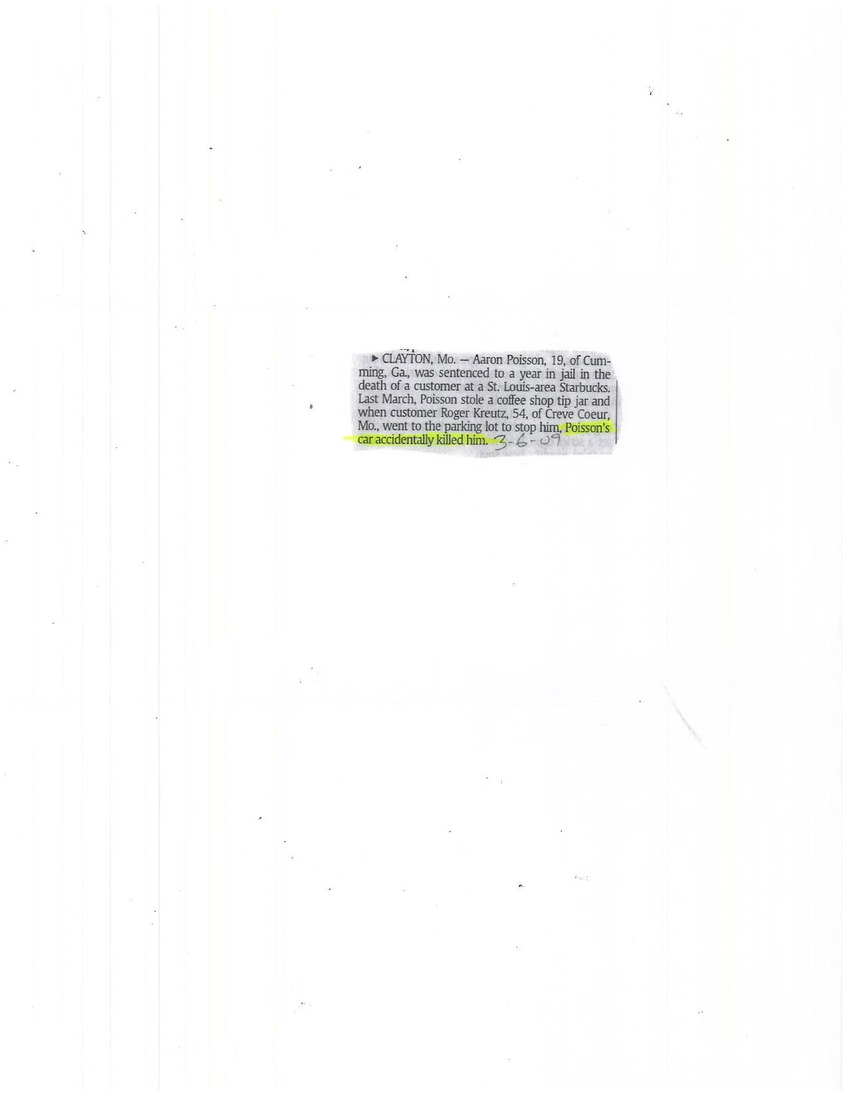 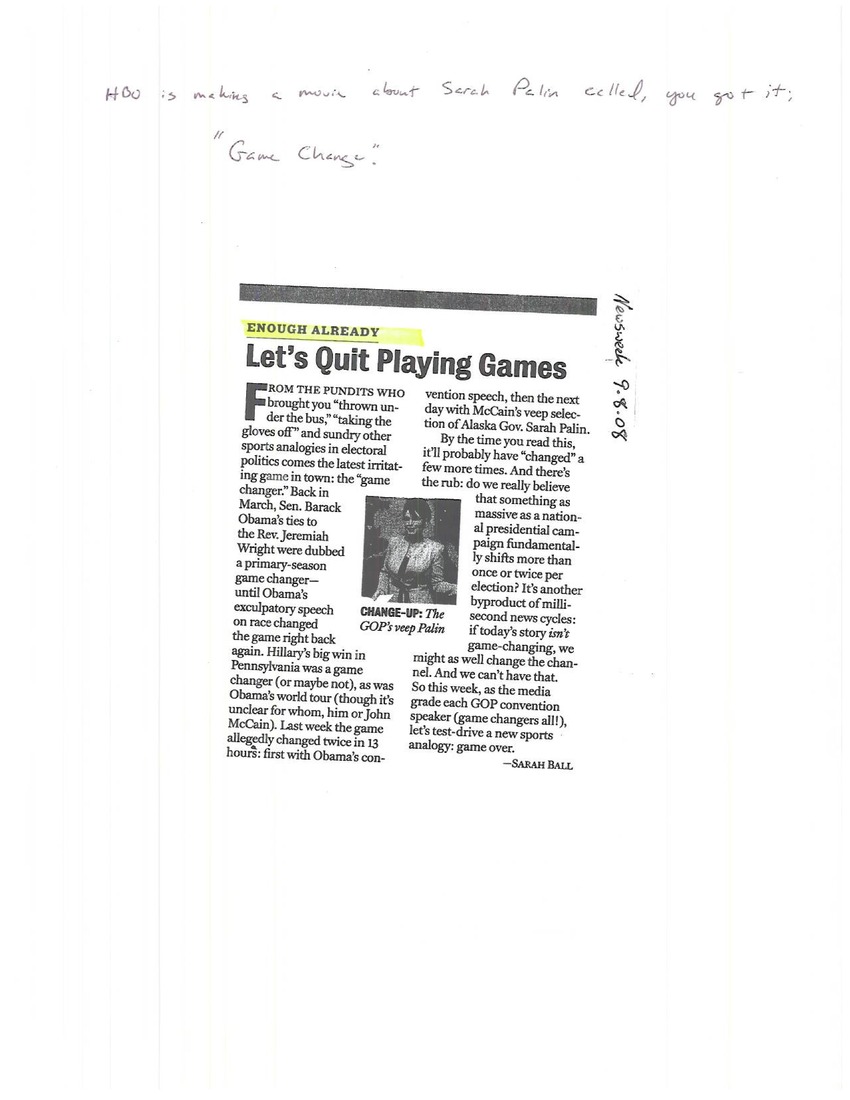 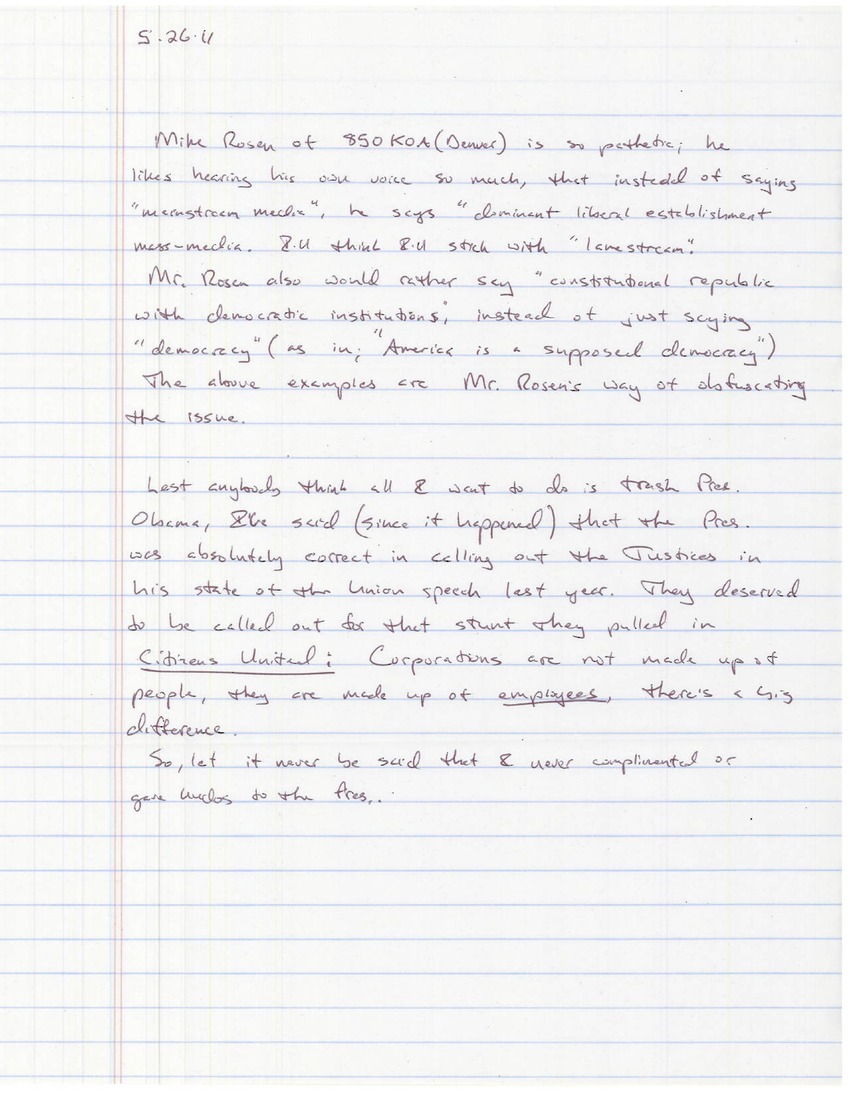 FROM THE PUNDITS WHO brought you "thrown under the bus," taking the gloves off" and sundry other politics comes the latest irritating game in town: the "game changer." Back in March, Sen. Barack Obama's ties to the Rev. Jeremiah Wright were dubbed a primary-season game changer—until Obama's exculpatory speech on race changed the game right back again. Hilary's big win in Pennsylvania was a game changer (or maybe not), as was Obama's world tour (though it's unclear for whom, him or John McCain). Last week the game allegedly changed twice in 13 hours: first with Obama's convention speech, then the next day with McCain's veep selection of Alaska's Gov. Sarah Palin.

By the time you read this, it'll probably have "changed" a few more times. And there's the rub: do we really believe that something as massive as a national presidential fundamentally shifts more than once or twice per election? It's another byproduct of millisecond news cycles: if today's story isn't game-changing, we might as well change the channel. And we can't have that. So this week, as the media grade each GOP convention speaker (game changers all!), let's test-drive a new sports analogy: game over.

Mike Rosen at 850 KOA (Denver) is so pathetic. He likes hearing his own voice so much that, instead of saying "mainstream media", he says "dominant liberal establishment mass-media". I'll think I'll stick with "lamestream". Mr. Rosen also would rather say "constitutional republic with democratic institutions" instead of just staying "democracy" (as in "America is a supposed democracy"). The above examples are Mr. Rosen's way of obfuscating the issue.

Least anybody think all I want to do is trash Pres. Obama, I've said (since it happened) that the Pres. was absolutely correct in calling out the justices in his State of the Union speech last year. They deserved to be called out for that stunt they pulled in Citizens United: Corporations are not made up of people, they are made up of employees. There's a big difference.

So let it never be said that I never complimented or gave kudos to the pres.