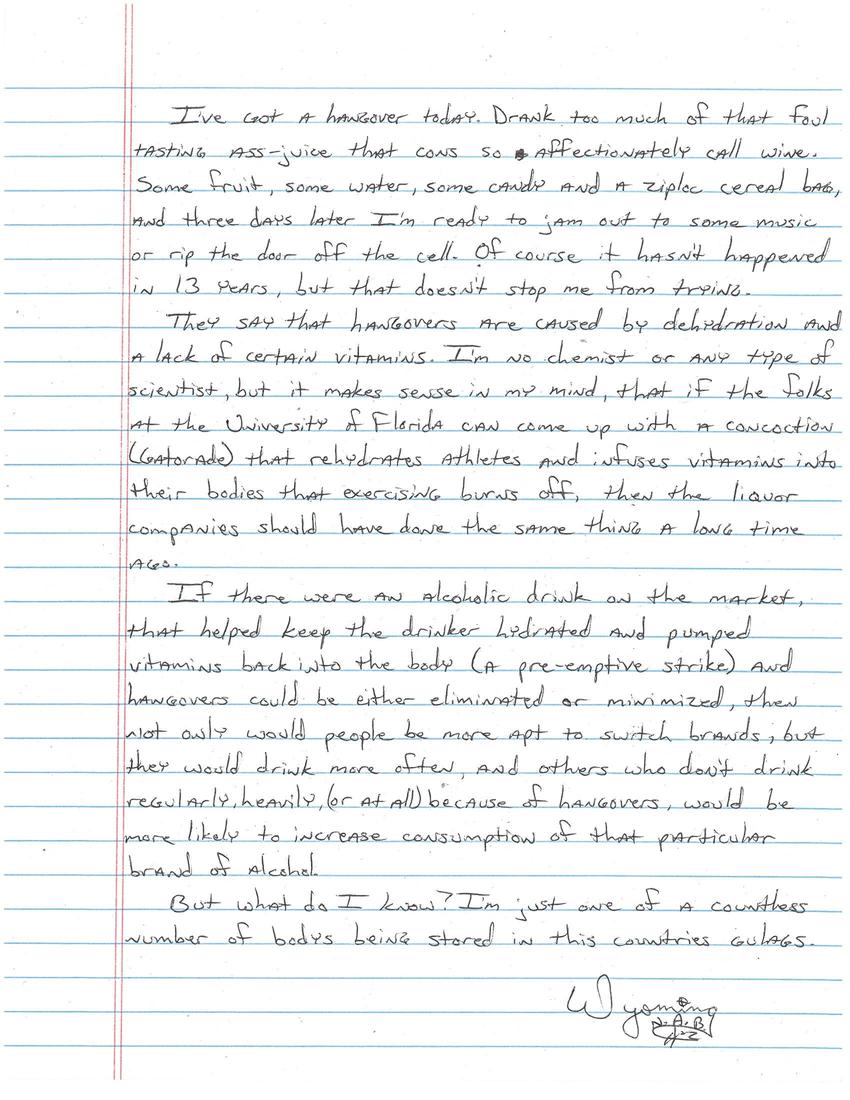 I've got a hangover today. Drank too much of that foul tasting ass-juice that cons so affectionately call wine. Some fruit, some water, some candy and a Ziploc cereal bag, and three days later I'm ready to jam out to some music or rip the door off the cell. Of course, it hasn't happened in 13 years, but that doesn't stop me from trying.

They say that hangovers are caused by dehydration and a lack of certain vitamins. I'm no chemist or any type of scientist, but it makes sense in my mind, that if the folks at the University of Florida can come up with a concoction (Gatorade) that rehydrates athletes and infuses vitamins into their bodies that exercising burns off, then the liquor companies should have done the same thing a long time ago.

If there were an alcoholic drink on the market, that helped keep the drinker hydrated and pumped vitamins back into the body (a pre-emptive strike) and hangovers could be either eliminated or minimized, then not only would people be more apt to switch brands, but they would drink more often, and others who don't drink regularly, heavily (or at all) because of hangovers, would be more likely to increase consumption of that particular brand of alcohol.

But what do I know? I'm just one of a countless number of bodies being stored in this country's gulags.