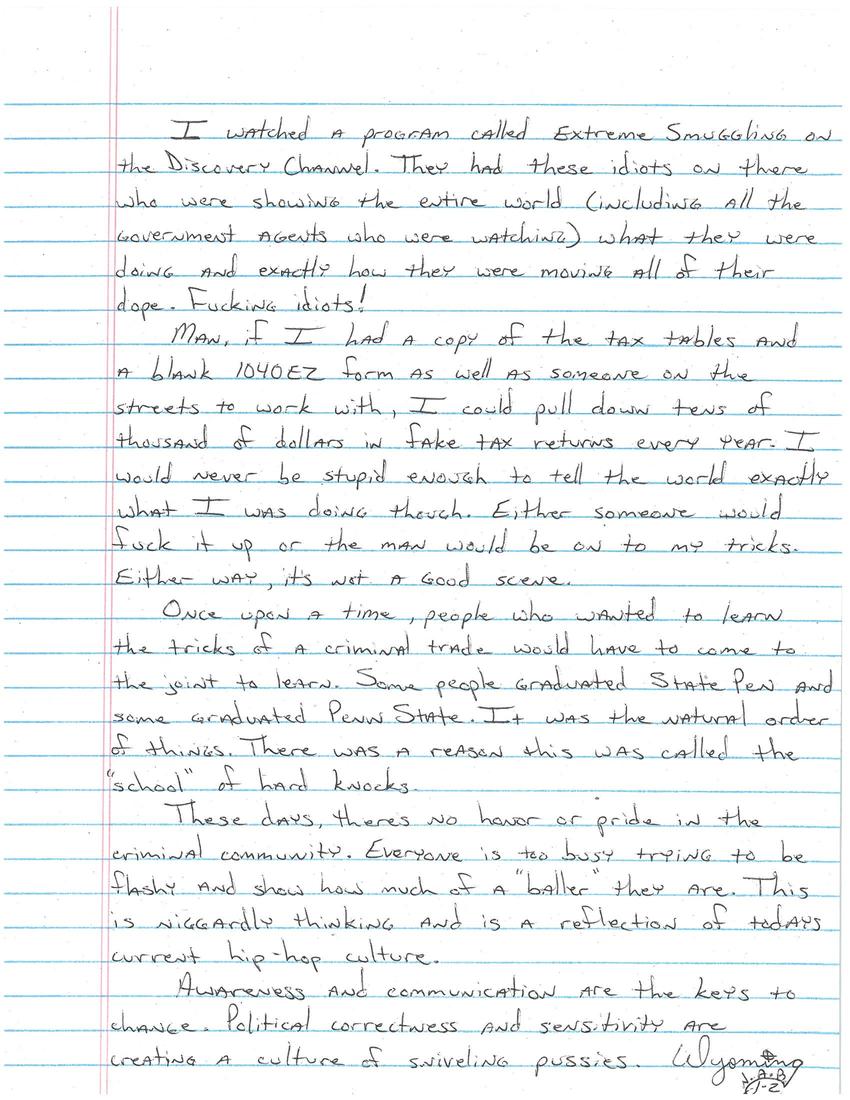 I watched a program called Extreme Smuggling on the Discovery Channel. They had these idiots on there who were showing the entire world (including all the government agents who were watching) what they were doing and exactly how they were moving all of their dope. Fucking idiots!

Man, if I had a copy of the tax table and a blank 1040EZ form as well as someone on the streets to work with, I could pull down tens of thousands of dollars in fake tax returns every year. I would never be stupid enough to tell the world exactly what I was going though. Either someone would fuck it up or the man would be on to my tricks. Either way, it's not a good scene.

Once upon a time, people who wanted to learn the tricks of a criminal trade would have to come to the joint to learn. Some people graduated State Pen and some graduated Penn State. It was the natural order of things. There was a reason this was called the "school" of hard knocks.

These days there's no honor or pride in the criminal community. Everyone is too busy trying to be flashy and show how much of a "baller" they are. This is niggardly thinking and is a reflection of today's current hip-hop culture.

Awareness and communication are the keys to change. Political correctness and sensitivity are creating a culture of snivelling pussies.