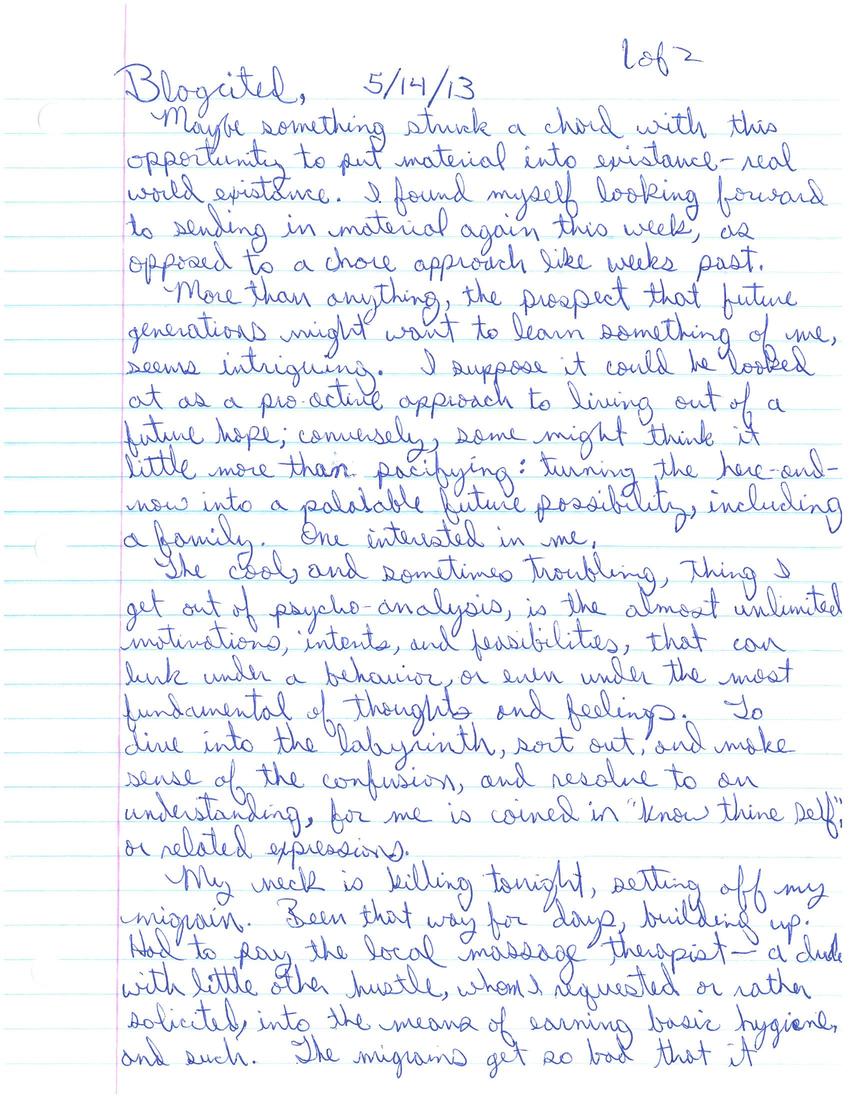 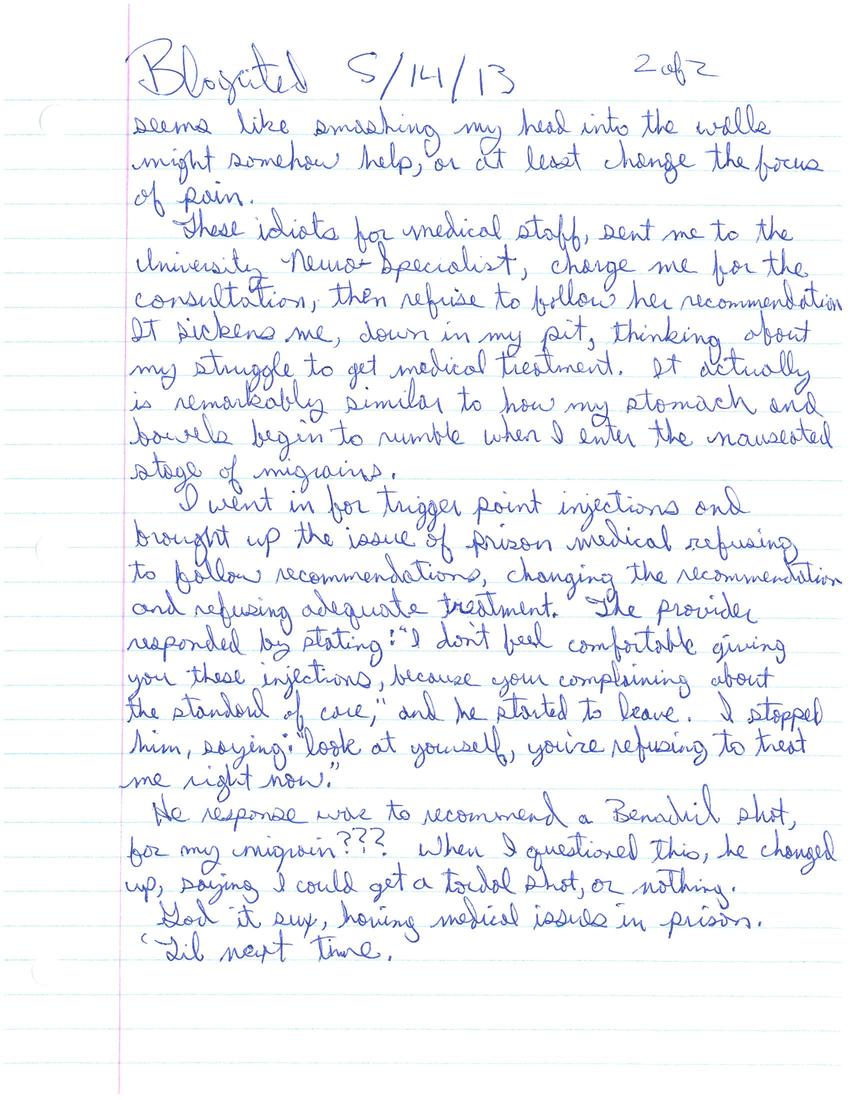 Maybe something struck a chord with this opportunity to put material into existence - real world existence. I found myself looking forward to sending in material again this week, as opposed to a chore approach like weeks past.

More than anything, the prospect that future generations might want to learn something of me, seems intriguing. I suppose it could be looked at as a proactive approach to living out of a future hope; conversely, some might think it little more than pacifying: turning the here-and-now into a palatable future possibility, including a family. One interested in me.

The cool, and sometimes troubling, thing I get out of psychoanalysis, is the almost unlimited motivations, intents, and feasibilities, that can lurk under the most fundamental of thoughts and feelings. To dive into the labyrinth, sort out, and make sense of the confusion, and resolve to an understanding, for me is coined in "know thine self", or related expressions.

My neck is killing tonight, setting off my migraine. Been that way for days, building up. Had to pay the local massage therapist - a dude with little other hustle, whom I requested or rather solicited, into the means of earning basic hygiene, and such. The migraines get so bad that it seems like smashing my head into the walls might somehow help, or at least change the focus of pain.

These idiots for medical staff, sent me to the university neuro-specialist, charge me for the consultation, then refuse to follow her recommendation. It sickens me, down in my pit, thinking about my struggle to get medical treatment. It actually is remarkably similar to how my stomach and bowels begin to rumble when I enter the nauseated stage of migraines.

I went in for trigger point injections and brought up the issue of prison medical refusing to follow recommendations, changing the recommendation and refusing adequate treatment. The provider responded by stating: "I don't feel comfortable giving you these injections because you're complaining about the standard of care", and he started to leave. I stopped him, saying: "Look at yourself, you're refusing to treat me right now."

The response was to recommend a Benadryl shot, for my migraine??? When I questioned this, he changed up, saying I could get a tocdal shot, or nothing.

God it sux, having medical issues in prison.