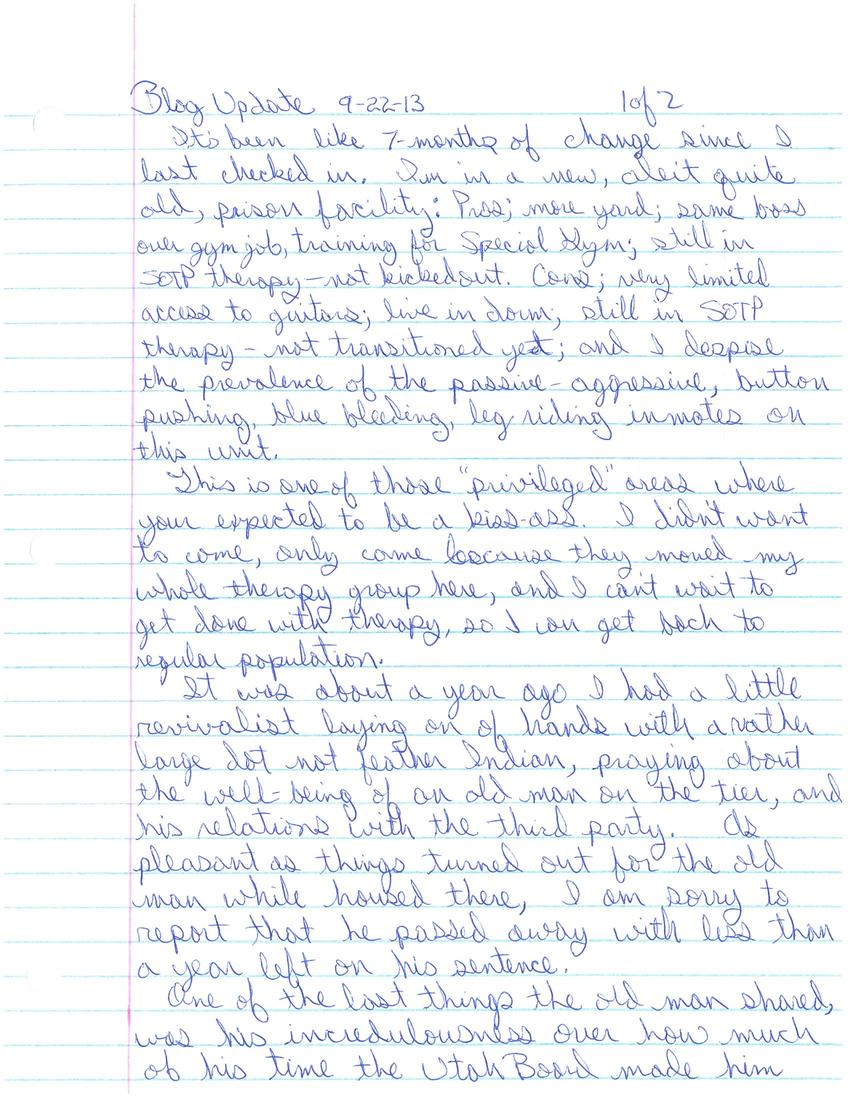 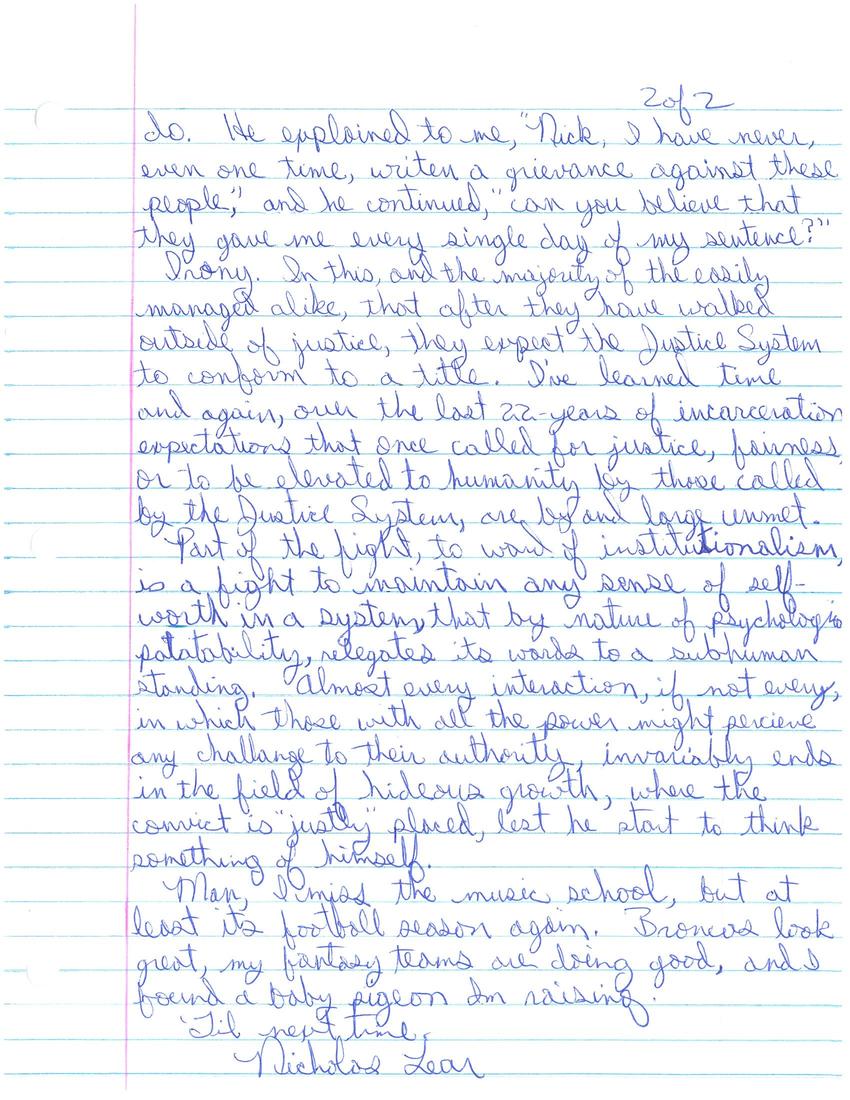 It's been like 7-months of change since I last checked in. I'm in a new, albeit quite old, prison facility: Pros: more yard; same boss over gym job, training for special gym; still in SOTP therapy - not kicked out. Cons: very limited access to guitars; live in dorm; still in SOTP therapy - not transitioned yet; and I despise the prevalence of the passive-aggressive, button pushing, blue bleeding, leg riding inmates on this unit.

This is one of those "privileged" areas where your expected to be a kiss-ass. I didn't want to come, only came because they moved my whole therapy group here, and I can't wait to get donw with therapy, so I can get back to regular population.

It was about a year ago I had a little revivalist laying on of hands with rather large [illegible] not feather Indian, praying about the well-being of an old man on the tier, and his relations with the third party. As pleasant as things turned out for the old man while housed there, I am sorry to report that he passed away with less than a year left on his sentence.

One of the last things the old man shared, was his incredulousness over how much of his time the Utah Board made him do. He explained to me, "Nick, I have never, even one time, writen a grievance against these people." and he continued, "can you believe that they gave me every single day of my sentence?" Ironly. In this, and the majority of the easily managed alike, that after they have walked outside of justice, they expect the Justice system to conform to a title. I've learned time and again, over the last 22 years of incarceration expectations that once called for justice, fairness or to be elevated to humanity by those called by the Justice System, are by and large unmet.

Part of the fight, to ward off institutionalism, is a fight to maintain any sense of self-worth in a system that by nature of psychological potatability, relegates its wards to a subhuman standing. Almost every interaction, if not every, in which those with all the power might percieve any challenge to their authority, invariably ends in the field of hideous growth, where the convict is "justly" placed, lest he start to think something of himself.

Man, I miss the music school, but at least it's football season again. Broncos look great, my fantasy teams are going good, and I found a baby pigeon I'm raising.