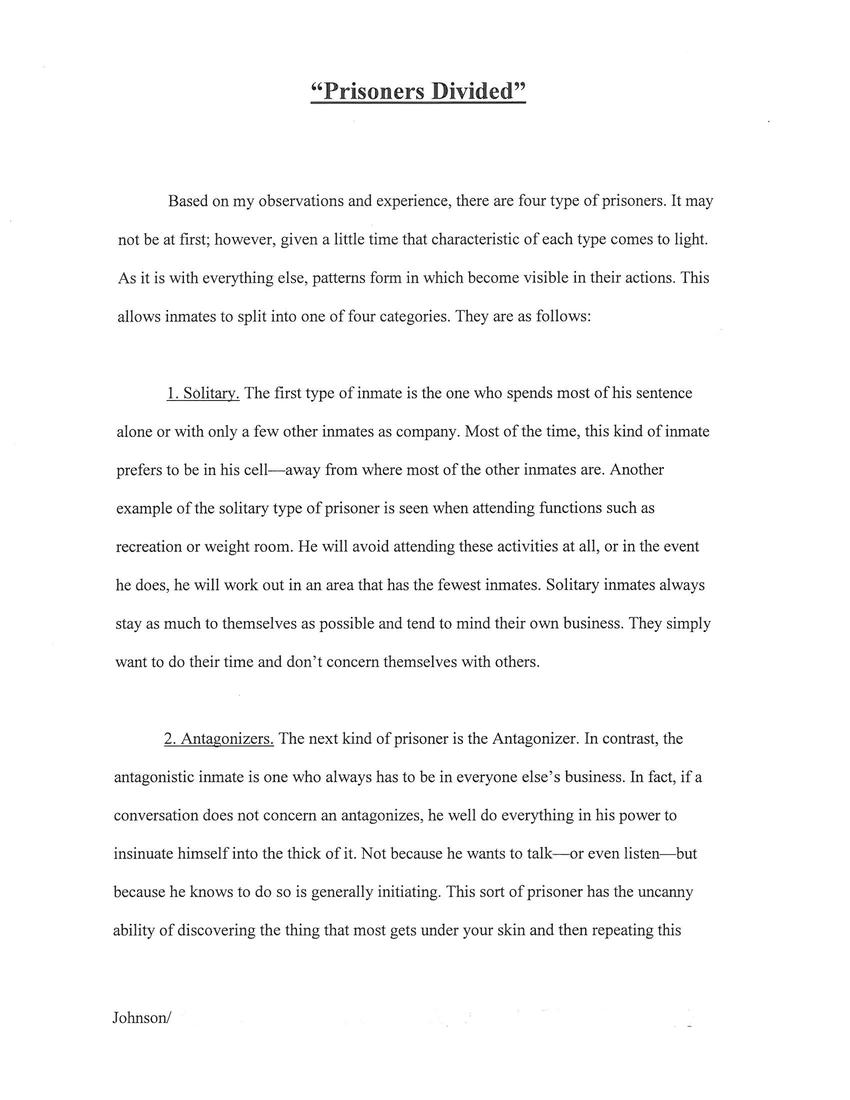 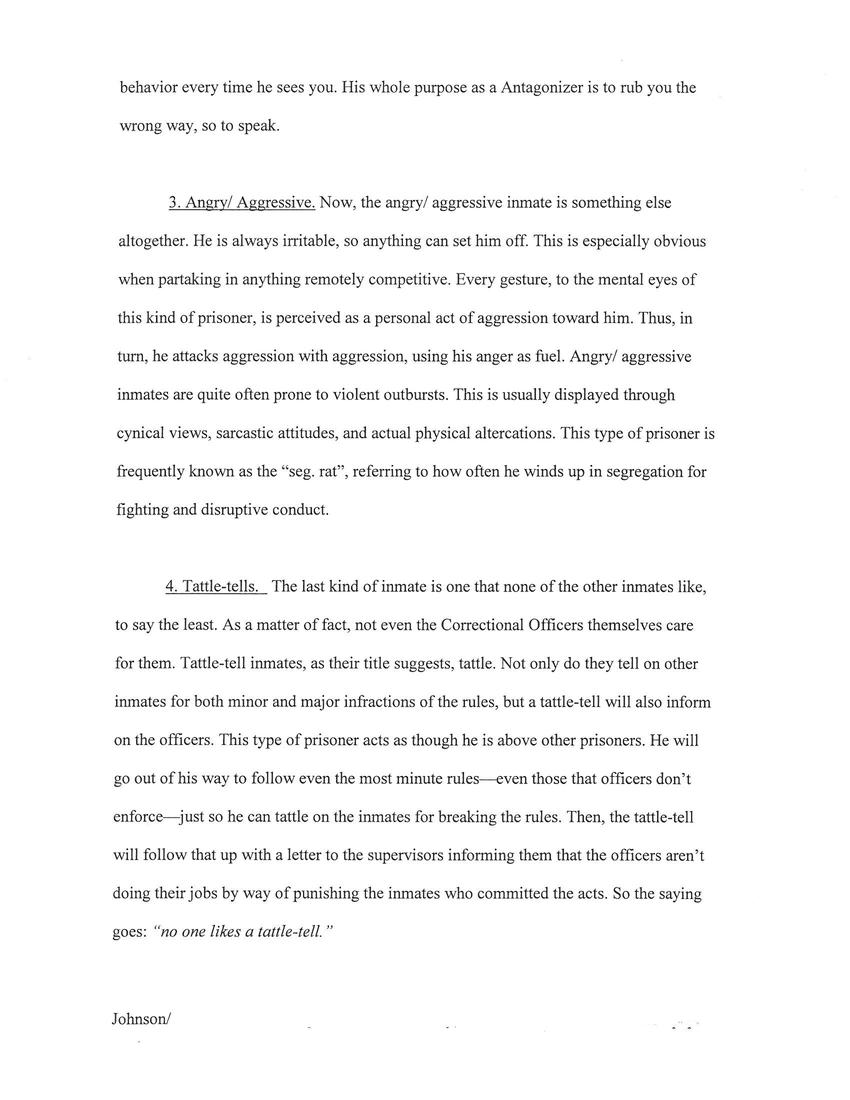 Based on my observations and experience, there are four types of prisoners. It may not be at first; however, given a little time that characteristic of each type comes to light. As it is with everything else, patterns form in which become visible in their actions. This allows inmates to split into one of four categories. They are as follows:

1. Solitary. The first type of inmate is the one who spends most of his sentence alone or with only a few other inmates as company. Most of the time, this kind of inmate prefers to be in his cell - away from where most of the other inmates are. Another example of the solitary type of prisoner is seen when attending functions such as recreation or weight room. He will avoid attending these activities at all, or in the event he does, he will work out in an area that has the fewest inmates. Solitary inmates always stay as much to themselves as possible and tend to mind their own business. They simply want to do their time and don't concern themselves with others.

2. Antagonizers. The next kind of prisoner is the Antagonizer. In contrast, the antagonistic inmate is one who always has to be in everyone else's business. In fact, if a conversation does not concern an Antagonizer, he will do everything in his power to insinuate himself into the thick of it. Not because he wants to talk - or even listen - but because he knows to do so is generally initiating. This sort of prisoner has the uncanny ability of discovering the thing that most gets under your skin and then repeating this behavior every time he sees you. His whole purpose as an Antagonizer is to rub you the wrong way, so to speak.

3. Angry/Aggressive. Now, the angry/aggressive inmate is something else altogether. He is always irritable, so anything can set him off. This is especially obvious when partaking in anything remotely competitive. Every gesture, to the mental eyes of this kind of prisoner, is perceived as a personal act of aggression toward him. Thus, in turn, he attacks aggression with aggression, using his anger as fuel. Angry/aggressive inmates are quite often prone to violent outbursts. This is usually displayed through cynical views, sarcastic attitudes, and actual physical altercations. This type of prisoner is frequently known as the "seg. rat", referring to how often he winds up in segregation for fighting and disruptive conduct.

4. Tattle-tells. The last kind of inmate is one that none of the other inmates like, to say the least. As a matter of fact, not even the Correctional Officers themselves care for them. Tattle-tell inmates, as their title suggests, tattle. Not only do they tell on other inmates for both minor and major infractions of the rules, but a tattle-tell will also inform on the officers. This type of prisoner acts as though he is above other prisoners. He will go out of his way to follow even the most minute rules - even those that officers don't enforce - just so he can tattle on the inmates for breaking the rules. Then, the tattle-tell will follow that up with a letter to the supervisors informing them that the officers aren't doing their jobs by way of punishing the inmates who committed the acts. So the saying goes: "no one likes a tattle-tell."