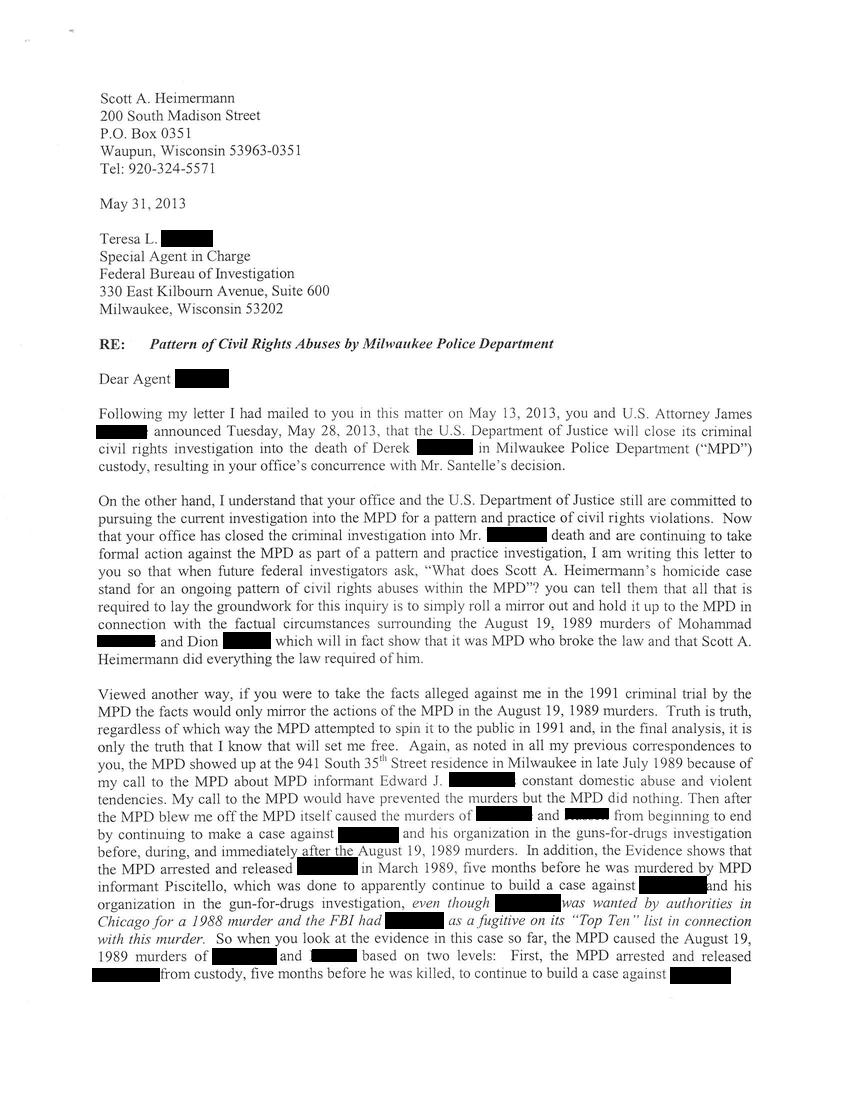 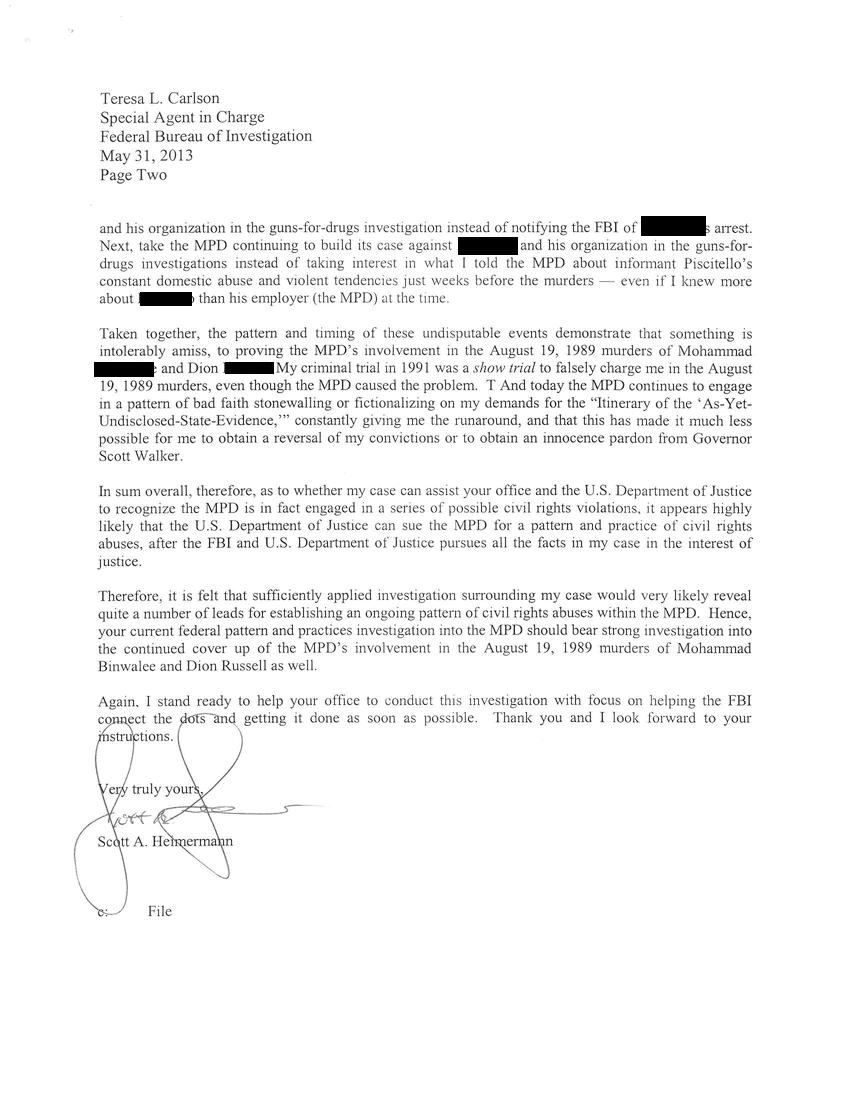 RE: Pattern of Civil Rights Abuses by Milwaukee Police Department

Following my letter I had mailed to you in this matter on May 13, 2013, you and U.S. Attorney James [redacted] announced Tuesday, May 28, 2013, that the U.S. Department of Justice will close its criminal civil rights investigation into the death of Derek [redacted] in Milwaukee Police Department ("MPD") custody, resulting in your office's concurrence with Mr. Santelle's decision.

On the other hand, I understand that your office and the U.S. Department of Justice still are committed to pursuing the current investigation into the MPD for a pattern and practice of civil rights violations. Now that your office has closed the criminal investigation into Mr. [redacted] death and are continuing to take formal action against the MPD as part of a pattern and practice investigation, I am writing this letter to you so that when future federal investigators ask, "What does Scott A. Heimermann's homicide case stand for an ongoing pattern of civil rights abuses within the MPD?" you can tell them that all that is required to lay the groundwork for this inquiry is to simply roll a mirror out and hold it up to the MPD in connection with the factual circumstances surrounding the August 19, 1989 murders of Mohammad [redacted] and Dion [redacted] which will in fact show that it was MPD who broke the law and that Scott A. Heimermann did everything the law required of him.

Taken together, the pattern and timing of these undisputable events demonstrate that something is intolerably amiss, to proving the MPD's involvement in the August 19, 1989 murders of Mohammad [redacted] and Dion [redacted]. My criminal trial in 1991 was a SHOW TRIAL to falsely charge me in the August 19, 1989 murders, even though the MPD caused the problem. And today the MPD continues to engage in a pattern of bad faith stonewalling or fictionalizing on my demands for the "Itinerary of the 'As-Yet-Undisclosed-State-Evidence'", constantly giving me the runaround, and that this has made it much less possible for me to obtain a reversal of my convictions or to obtain an innocence pardon from Governor Scott Walker.

Therefore, it is felt that sufficiently applied investigation surrounding my case would very likely reveal quite a number of leads for establishing an ongoing pattern of civil rights abuses within the MPD. Hence, your current federal pattern and practices investigation into the MPD should bear strong investigation into the continued cover up of the MPD's involvement in the August 19, 1989 murders of Mohammad Binwalee and Dion Russell as well.

Again, I stand ready to help your office to conduct this investigation with focus on helping the FBI connect the dots and getting it done as soon as possible. Thank you and I look forward to your instructions.