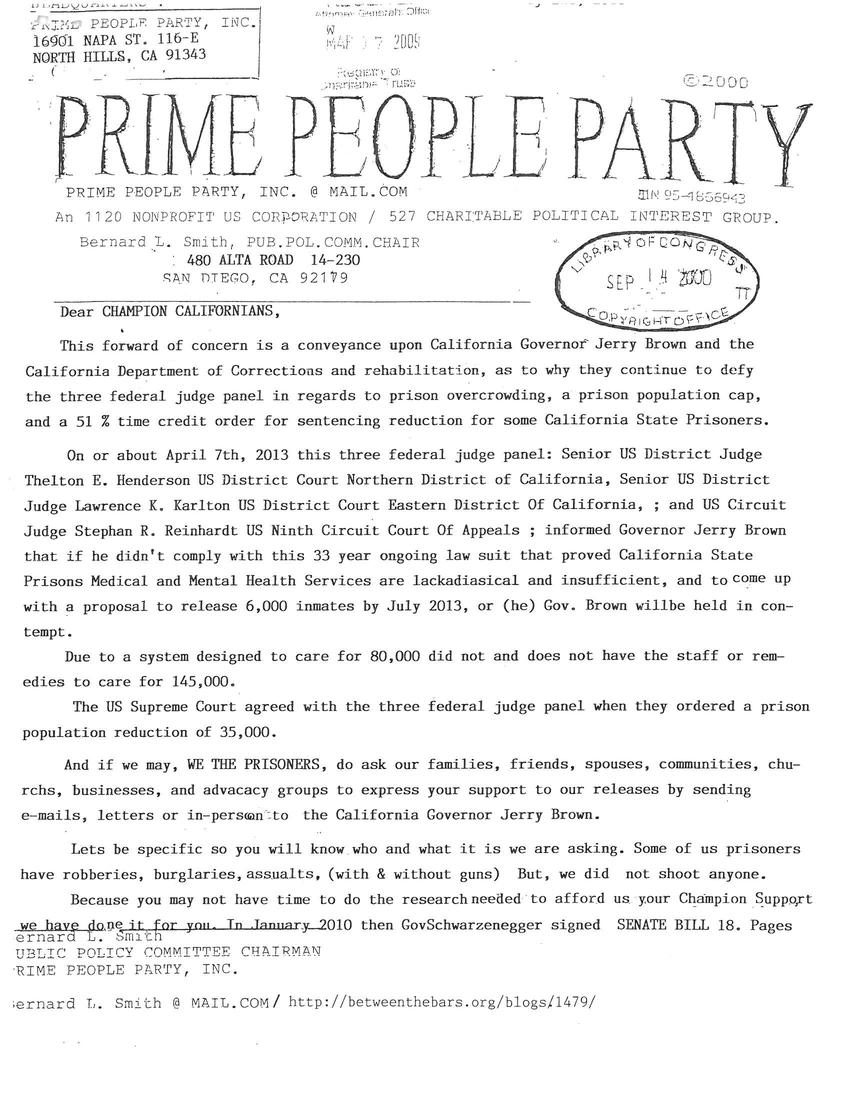 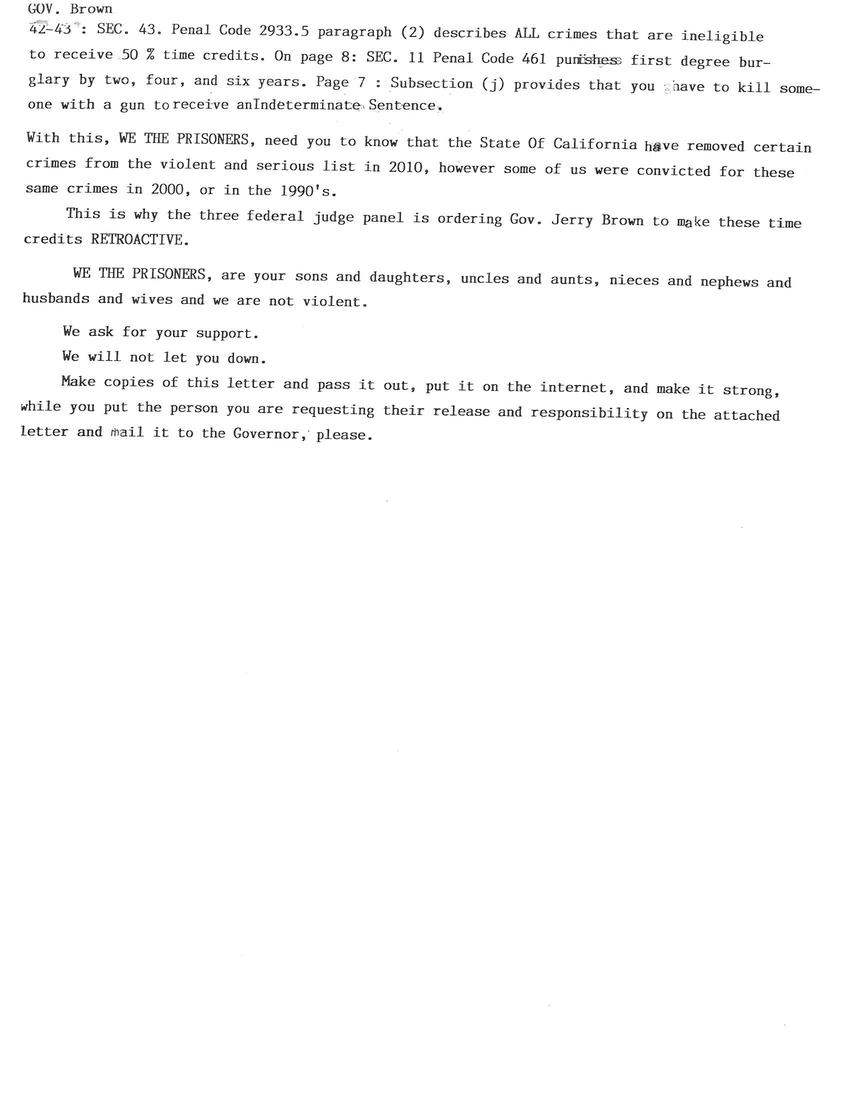 This forward of concern is a conveyance upon California Governor Jerry Brown and the California Department of Corrections and rehabilitation, as to why they continue to defy the three federal judge panel in regards to prison overcrowding, a prison population cap, and a 51% time credit order for sentencing reduction for some California State Prisoners.

On or about April 7th, 2013 this three federal judge panel: Senior US District Judge Thelton E. Henderson US District Court Northern District of California, Senior US District Judge Lawrence K. Karlton US District Court Eastern District of California; and US Circuit Judge Stephan R. Reinhardt US Ninth Circuit Court of Appeals; informed Governor Jerry Brown that if he didn't comply with this 33 year ongoing law suit that proved California State Prisons Meical and Mental Health Services are lackadaisical and insufficient, and to come up with a proposal to release 6,000 inmates by July 2013, or (he) Gov. Brown will be held in contempt.

The US Supreme Court agreed with the three federal judge panel when they ordered a prison population reduction of 35,000.

And if we may, WE THE PRISONERS, do ask our families, friends, spouses, communities, churches, businesses, and advocacy groups to express your support to our releases by sending e-mails, letters or in-person to the California Governor Jerry Brown.

Lets be specific so you will know who and what it is we are asking. Some of us prisoners have robberies, burglaries, assaults, (with & without guns). But, we did not shoot anyone.

Because you may not have time to do the research needed to afford us your Champion Support we have done it for you. In January 2010 then Gov. Shwarzenegger signed SENATE BILL 18. Pages 42-43 : SEC. 43. Penal Code 2933.5 paragraph (2) describes ALL crime that are ineligible to receive 50% time credits. On page 8: SEC. 11 Penal Code 461 punishes first degree burglary by two, four, and six years. Page 7 : Subsection (j) provides that you have to kill someone with a gun to receive an Indeterminate Sentence.

With this, WE THE PRISONERS, need you to know that the State Of California have removed certain crimes from the violent and serious list in 2010, however some of us were convicted for these same crimes in 2000, or in the 1990's.

This is why the three federal judge panel is ordering Gov. Jerry Brown to make these time credits RETROACTIVE.

WE THE PRISONERS, are your sons and daughters, uncles and aunts, nieces and nephews and husbands and wives and we are not violent.

We ask for your support.
We will not let you down.

Make copies of this letter and pass it out, put it on the internet, and make it strong, while you put the person you are requesting their release and responsibility on the attached letter and mail it to the Governor, please.

Thanks for writing! I finished the transcription for your post. I hope that the sentences in the in the USA become more fair.