Office Of The President 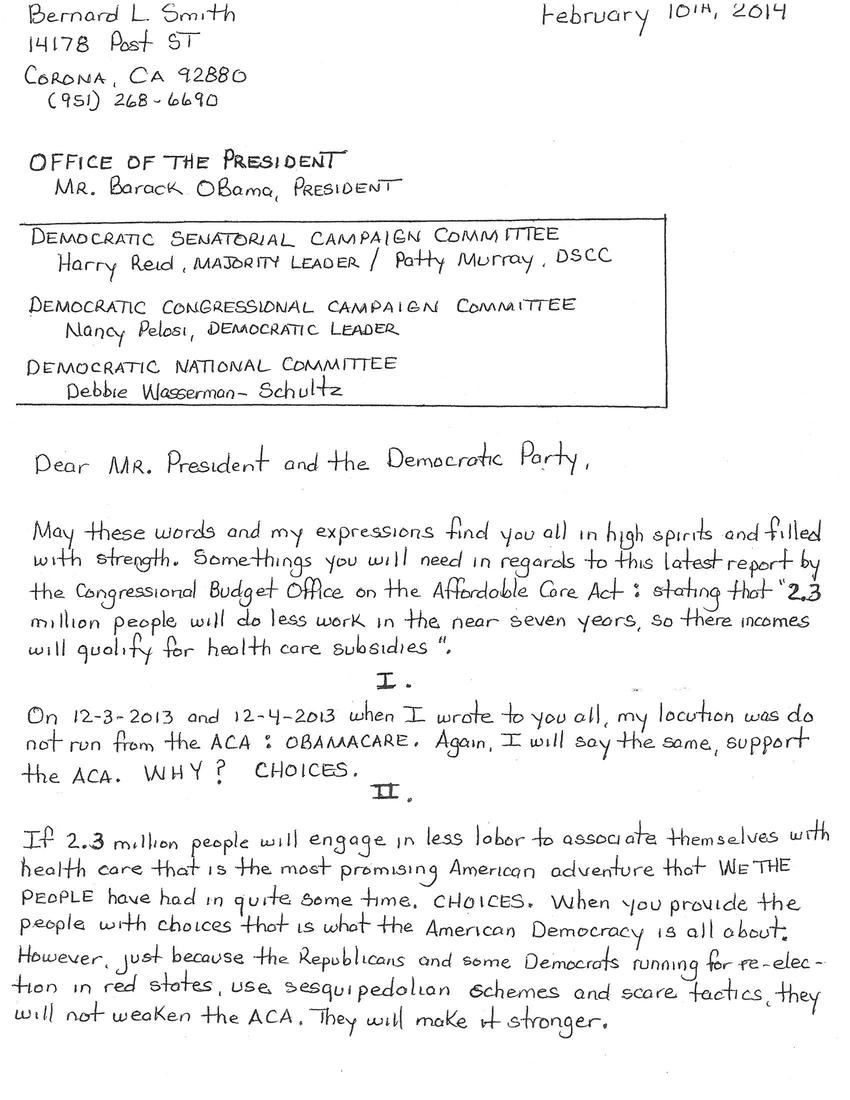 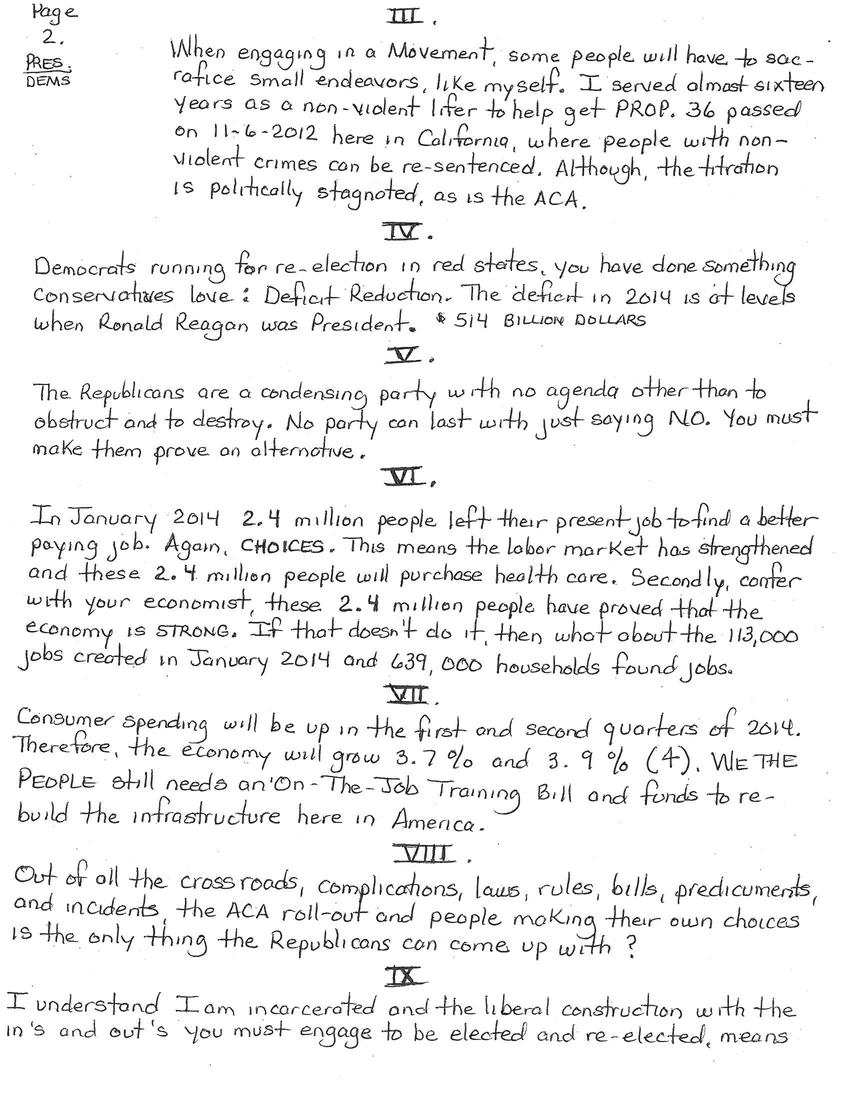 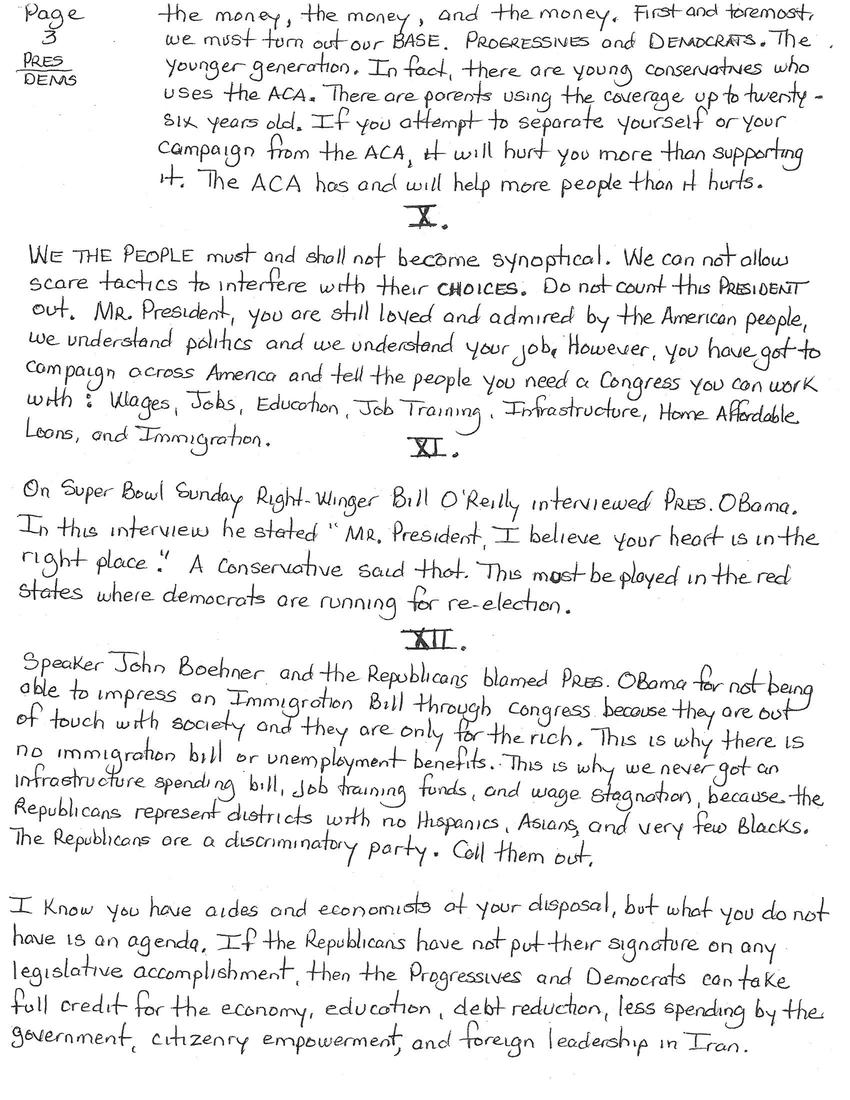 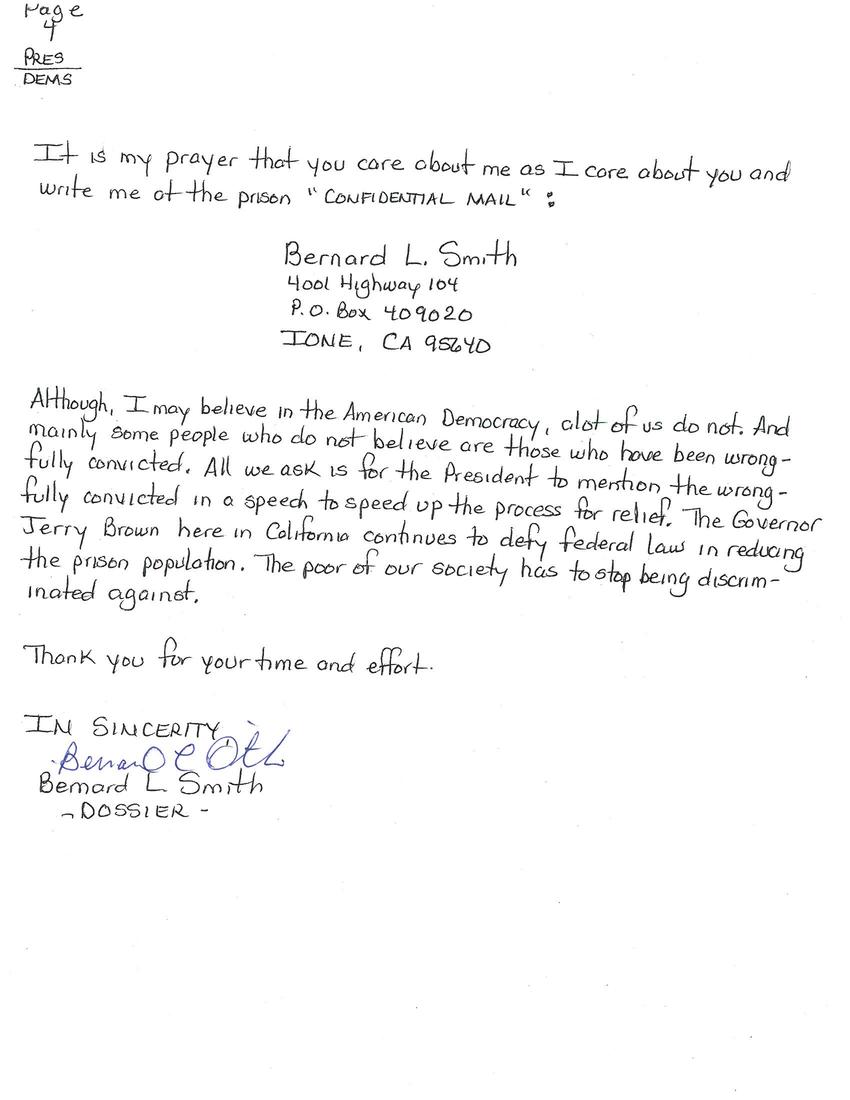 May these words and my expressions find you all in high spirits and filled with strength. Somethings you will need in regards to this latest report by the Congressional Budget Office on the Affordable Core Act: stating that "2.3 million people will do less word in the near seven years, so their incomes will qualify for health care subsidies".

II
If 2.3 million people will engage in less labor to associate themselves with health care that is the most promising American adventure that WE THE PEOPLE have had in quite some time. CHOICES. When you provide the people with choices that is what the American Democracy is all about. However, just because the Republicans and some Democrats running for re-election in red states, use sesquipedalian schemes and scare tactics, they will not weaken the ACA. They will make it stronger.

III
When engaging in a movement, some people will have to sacrifice small endeavors, like myself. I served almost sixteen years as a nonviolent lifer to help get Prop 36 passed on 11-6-2012 here in California, where people with nonviolent crimes can be resentenced. Although, the titrotion is politically stagnated. As is the ACA.

IV
Democrats running for re-election in red states, you have done something conservatives love: deficit reduction. The deficit in 2014 is at levels when Ronald Regan was president. $514 billion dollars.

V
The Republicans area condensing party with no agenda other than to obstruct and destroy. No party can last with just saying NO. You must make them prove an alternative.

VII
Consumer spending will be up in the first and second quarters of 2014. Therefore, the economy will grow 3.7% and 3.9% (4). WE THE PEOPLE still need an on-the-job training bill and funds to rebuild the infrastructure here in America.

VIII
Out of all crossroads, complications, laws, rules, bills, predicaments, and incidents, the ACA roll-out and people making their own choices, is the only thing the Republicans can come up with?

IX
I understand I am incarcerated and the liberal construction with the in's and out's you must engage to be elected and re-elected means the money, the money, the money. First and foremost, we must turn out our BASE. Progressiveness and Democrats. The younger generation.

In fact, there are young conservatives who use the ACA. There are parents using the coverage up to twenty-six years old. If you attempt to separate yourself or your campaign from the ACA, it will hurt you more than supporting it. The ACA has and will help more people than it hurts.

X
WE THE PEOPLE must and shall not become synoptical. We cannot allow scare tactics to interfere with their CHOICES. Do not count this president out.

Mr. President, you are still loved and admired by the American people. We understand politics and we understand your job. However, you have got to campaign across America and tell the people you need a Congress you can work with. Wages, jobs, education, job training, infrastructure, home affordable loans, and immigration.

XI
On Super Bowl Sunday, right-winger Bill O'Reilly interviewed President Obama. In this interview he stated, "Mr. President, I believe your heart is in the right place." A conservative said that. This must be played in the red states where democrats are running for re-election.

XII
Speaker John Boehner and the Republicans blamed President Obama for not being able to impress on the immigration bill through Congress because they are out of touch with society, and they are only for the rich.

This is why there is no immigration bill or unemployment benefits. This is why we never got an infrastructure spending bill, job training funds, and wage stagnation. Because the Republicans represent districts with no Hispanics, Asians, and very few Blacks. The Republicans are a discriminatory party. Call them out.

I know you have aides and economists at your disposal, but what you do not have is an agenda. If the Republicans have not put their signature on any legislative accomplishment, then the progessives and the democrats can take full credit for the economy, education, debt reduction, less spending by the government, citizenry empowerment, and foreign leadership in Iran.

It is my prayer that you care about me as I care about you, and write me at the prison "CONFIDENTIAL MAIL":

Although I may believe in American democracy, a lot of us do not. And mainly some people who do not believe are those who have been wrongfully convicted. All we ask is for the president to mention the wrongfully convicted in a speech to speed up the process for relief.

Governor Jerry Brown here in California continues to defy federal law in reducing the prison population. The poor of our society has to stop being discriminated against.

Thank you for your time and effort.