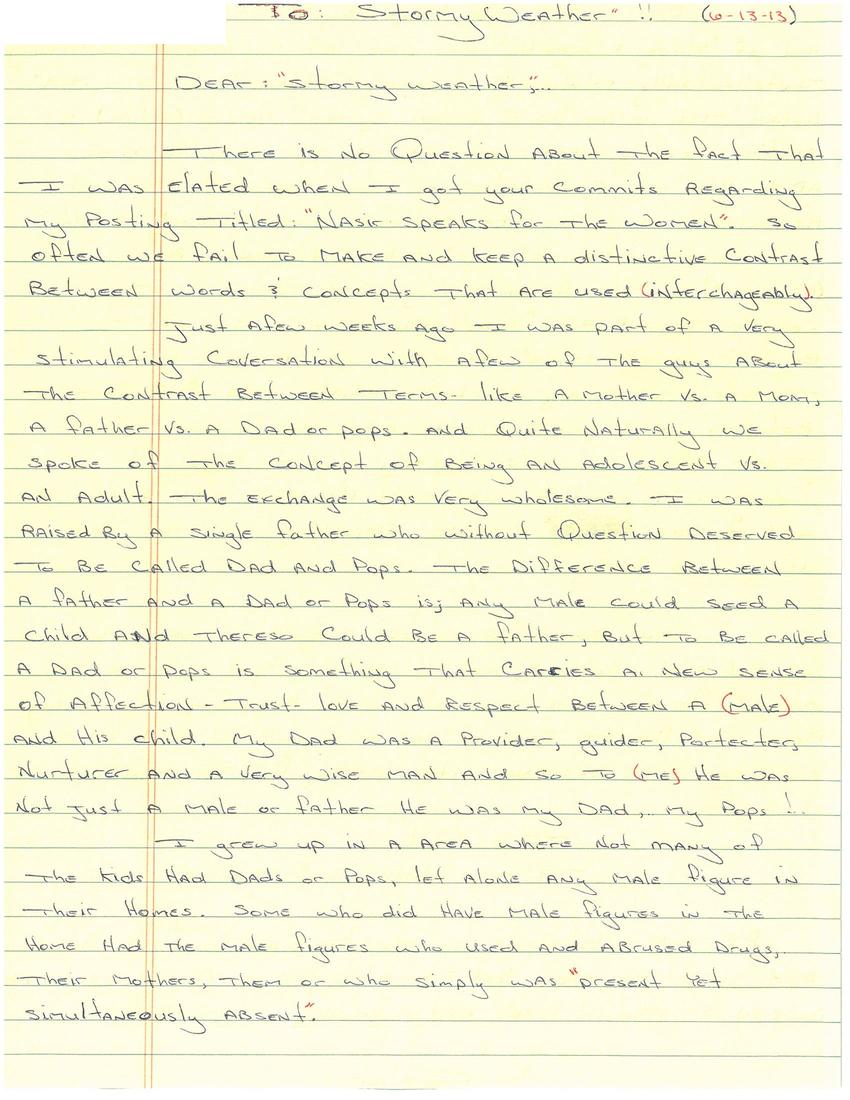 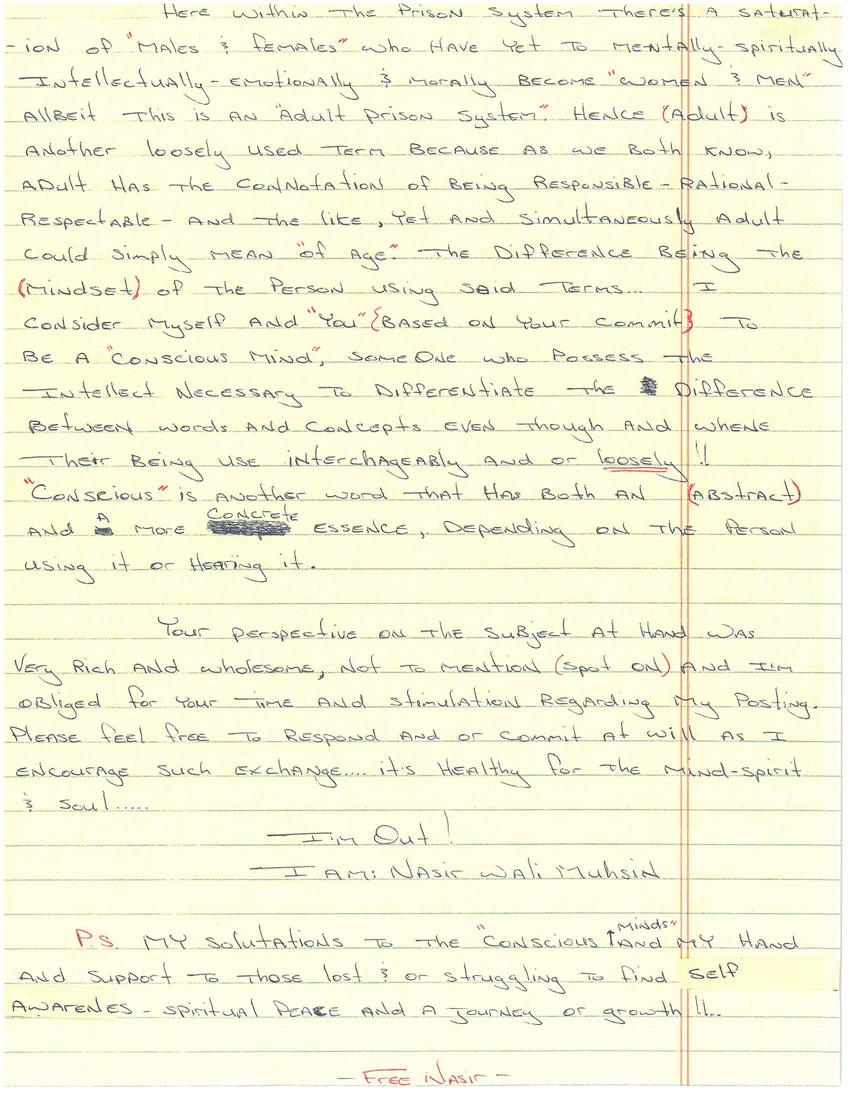 There is no question about the fact that I was elated when I got your comments regarding my posting titles: "Nasir speaks for the women". So often we fail to make and keep a distinctive contrast between words and concepts that are used interchangeably.

Just a few weeks ago I was part of a very stimulating conversation with a few of the guys about the contrast between terms like a mother vs. a mom, a father vs. a dad or pops. And quite naturally spoke of the concept of being an adolescent vs. an adult. The exchange was very wholesome. I was raised by a single father who without question deserved to be called dad and pops. The difference between a father and a dad or pops is, any male could see a child and thus could be a father, but to be called a dad or pops is something that carries a new sense of affection - trust - love and respect between a (male) and his child. My dad was a provider, guider, protector, nurturer and a very wise man and so to (me) he was not just a male or father he was my dad, my pops!

I grew up in an area where not many of the kids had dads or pops, let alone any male figure in their homes. Some who did have male figures in the home had the male figures who used and abused drugs, their mothers, them or who simply was "present yet simultaneously absent".

Here within the prison system there's a saturation of "males and females" who have yet to mentally - spiritually - emotionally and morally become "women and men" albeit this is an adult prison system. Hence (adult) is another loosely used term because as we both know adult has the connotation of being responsible - rational - respectable - and the like, yet and simultaneous adult could simply mean "of age". The difference being the (mindset) of the person using said terms. I consider myself and "you" (based on you comment?) to be a "conscious mind", someone who possesses the intelect necessary to differentiate the different between words and concepts even though and when their being used interchangeably or loosely!

"Conscious" is another world that has both an abstract and a more concrete essence, depending on the person using it or hearing it.

Your perspective on the subject at hand was very rich and wholesome, not to mention (spot on) and I'm obliged for your time and stimulation regarding my posting. Please feel free to respond and or comment? at will as I encourage such exchange... it's healthy for the mind-spirit and soul.

I'm out!
I am: Nasir Wali Muhsin

P.S. My salutations to the "conscious minds" and my hand and support to those lost and or struggling to find self-awareness - spiritual peace and a journey or growth.