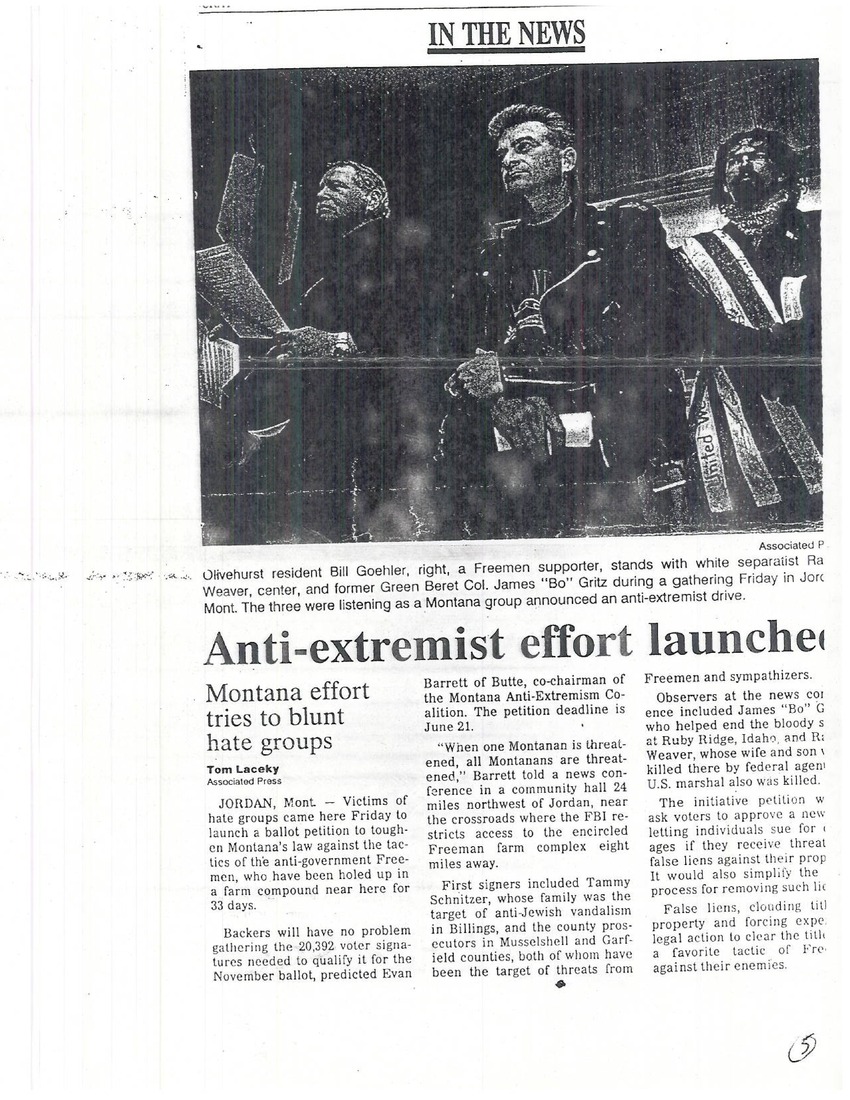 JORDAN, Mont. - Victims of hate groups came here Friday to launch a ballot petition to toughen Montana's law against the tactics of the anti-government Freemen, who have been holed up in a farm compound near here for 33 days.

Backers will have no problem gathering the 20,392 voter signatures needed to qualify it for the November ballot, predicted Evan Barrett of Butte, co-chairman of the Montana Anti-Extremism Coalition. The petition deadline is June 21.

"When one Montanan is threatened all Montanans are threatened," Barrett told a news conference in a community hall 24 miles northwest of Jordan, near the crossroads where the FBI restricts access to the encircled Freeman farm complex eight miles away.

First signers included Tammy Schnitzer, whose family was the target of anti-Jewish vandalism in Billings, and the county prosecutors in Musselshell and Garfield counties, both of whom have been the target of threats from Freemen and sympathizers.

Observers at the new conference included James "Bo" G... who helped end the bloody s... at Ruby Ridge, Idaho, and R... Weaver, whose wife and son were killed there by federal agent... U.S. marshal also was killed.

The initiative petition w... ask voters to approve a new letting individuals sue for ...ages if they receive threat... false liens against their prop... It would also simplify the process for removing such li...

False liens, clouding tit... property and forcing expe... legal action to clear the titl... a favorite tactic of Freemen against their enemies.